There has been a major change to the Clipper Race leaderboard in the last 24 hours as Qingdao has stormed through to take pole position after wind shifts favoured the westerly positioned teams.

Sanya Serenity Coast and Visit Seattle, placed further to the east, are clinging on to second and third place respectively, closely followed by Garmin, HotelPlanner.com and Dare To Lead.

Skipper of Qingdao, Chris Kobusch, explains: “Going west and sailing the extra miles paid off as we got the northerly winds first and are now leading the fleet on the way to the Canary Islands.”

He is not resting on his laurels though and reports: “The yachts that went east got wind yesterday and are chasing us now at similar boat speeds. GREAT Britain, HotelPlanner.com, PSP Logistics and Liverpool 2018 are also hot on our heels and it will be hard work to stay in first place.”

GREAT Britain, which has played its Joker Card and is currently in seventh position, may be one to watch as it has gone further west than Qingdao and benefitted from the same northerly winds.

Most of the fleet also made great progress from the wind shifts. The crew are now experiencing much smoother downwind sailing as they are able to hoist their spinnakers, with varying degrees of success…

Visit Seattle Skipper Nikki Henderson reports: “Wow, what a relief it is to be moving. It feels like the first time we have been moving in the right direction for the entire race so far.

She adds: “We're about to approach our 24-hour mark with the kite up. The crew did a great job trimming and driving last night on a tough wind angle and swell ... their improvement is quite remarkable. To think some of them had never sailed in their lives, and now they are helming at night with a kite up averaging 11 knots - yeeha!” 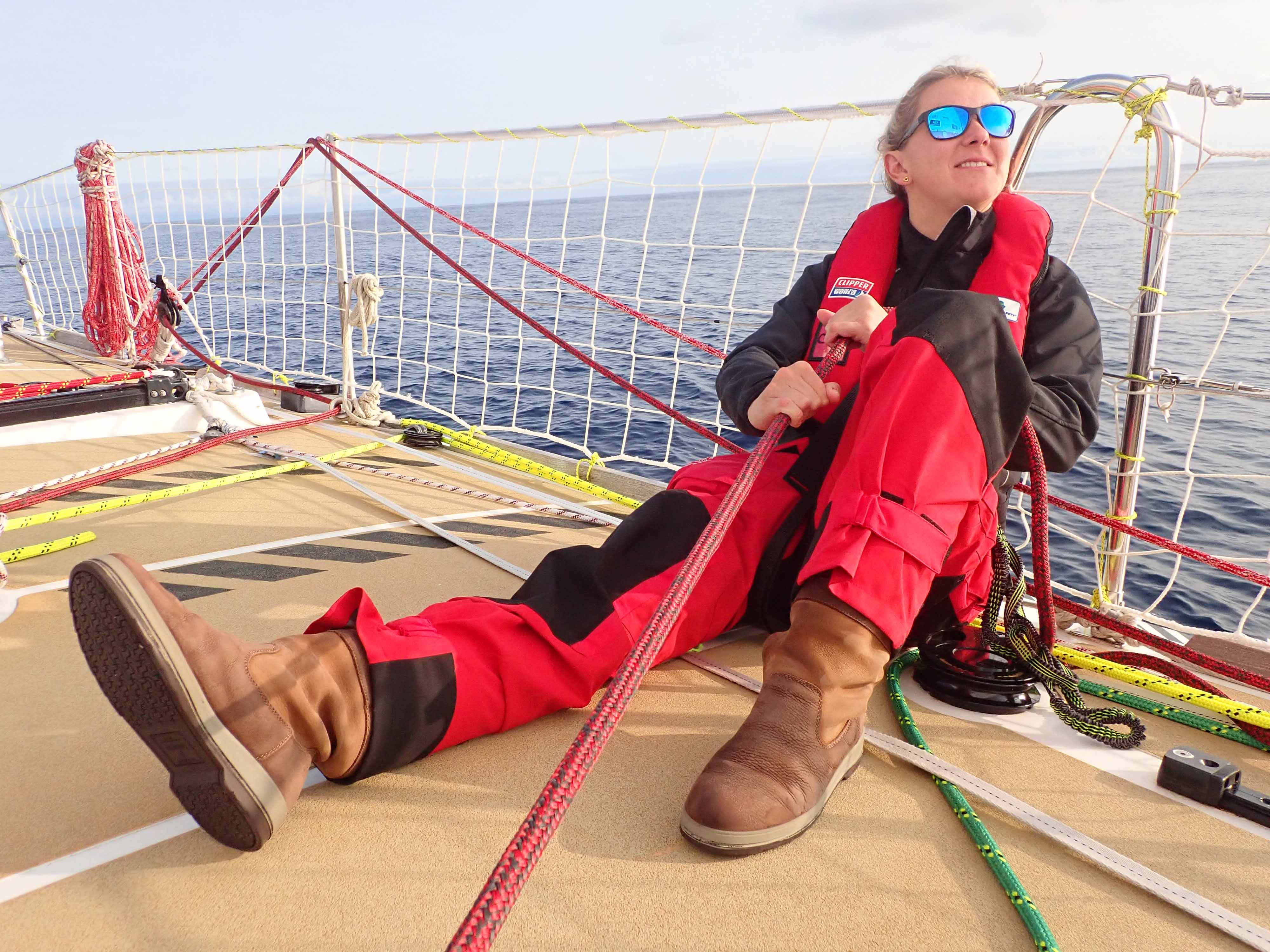 IMAGE: Staying focused on trimming the spinnaker on Garmin during Leg 1, The Atlantic Trade Winds Leg.

Rob Graham, Skipper of tenth placed Nasdaq, says: “We've had a great 24 hours - we finally got through the light airs patch in to some proper northerly wind, spent a few hours on helming and gybing practice then hoisted our mediumweight spinnaker and took off.”

Not everything went according to plan though and he added: “We had some exhilarating sailing, and made some great mileage through the day, but wrapped the kite around the forestay in the early evening. I had intended taking it down before sunset anyway, but dropping it straight onto the foredeck whilst around the rigging wasn't what I had in mind.”

Further back in the fleet, some teams are yet to fully benefit from the northerly wind. Roy Taylor, Skipper of eleventh placed PSP Logistics, says: “After making good progress south-westwards we have hit another area of light wind. We are trying to get to the south of the Azores High to get a fair breeze to carry us down to the Cape Verdes. Progress is slow and we will ponder our options at the next weather forecast from Simon Rowell (the Clipper Race meteorologist).”

IMAGE: Latest positions on Race Viewer at time of publishing

Simon has some good news for the fleet with the Trade Winds starting to take over and moving with them in a wide swathe from the Azores to the Canaries leading to really good sailing conditions. As the teams head south in to warmer waters though, they will need to watch out for the increased chance of squalls.

Away from the race, thoughts are very much with the Skipper of Greenings, David Hartshorn, and his crew. A helicopter medevac of David successfully took place yesterday afternoon so that he could receive emergency treatment on a serious hand injury and the crew are motoring to Porto under command of Clipper Race Coxswain, Jeremy Hilton. The messages of support to David and his crew have been much appreciated and further updates will follow in due course. 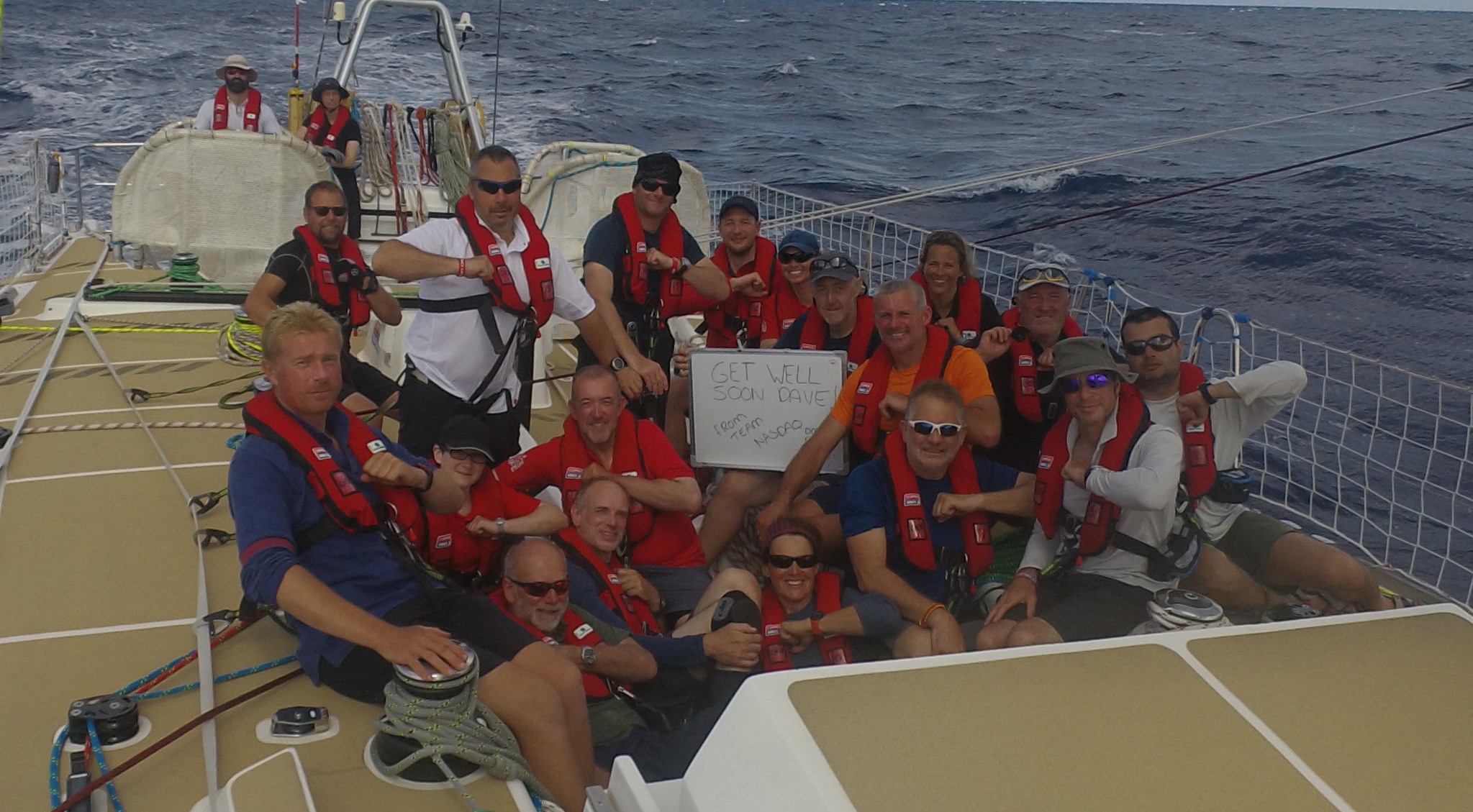 IMAGE: Nasdaq wish David Hartshorn a speedy recovery - just one of many supportive messages from across the Clipper Race fleet.

*Note: All race standings and forecasting accurate at time of publishing

There have been leader board changes overnight with shifting winds and variable conditions resulting in teams experiencing some of the most demanding on board conditions of the race so far. Unicef, which had enjoyed four consecutive days in the lead, has now slipped behind Sanya…