The ninth day of Race 2: The Commodore’s Cup was a tale of two halves. As a tropical storm crosses in front of the fleet, the consistent Trade Winds that have been powering the fleet for the past few days are being replaced with squalls, wind direction shifts, and increasing wind speeds as the fleet sails past the Cape Verde Islands and into the Doldrums Corridor.

As the storm passes over the fleet tracking west, the Skipper of the first placed Visit Sanya, China, Seumas Kellock, commented: “As I write this we are entering the Doldrums Corridor and it has to be the least doldrummy-Doldrums ever! Currently we have 25 knots of breeze and its supposed to build to more like 35 over the next hours. Although less comfortable than 15 knots downwind with our Code 2 Spinnaker up, it will get us a significant way through the Doldrums before we have to motor.”

As the heat continues to rise on board, so does the competition. While Visit Sanya remains in front, Qingdao is around 15 nautical miles behind in second and Ha Long Bay, Viet Nam is a close third. Josh Stickland, Skipper of Ha Long Bay, Viet Nam reported: “It was a nice day sailing for all, and although it was a little too deep (down wind) for my liking. We also made it past the Cape Verdes just before nightfall. It was like a scene out of Jurassic Park or King Kong, all of a sudden these billowing clouds parted for a moment to show these great large dark hills and mountains and we also got a whiff of land.”

He went on to say: “A squall was spotted and down came the Code 2 Spinnaker and up went the Yankee 3 so it’s now a close reach for us for the next 12-15 hours while we let this Low blow past (35-ish knots).” 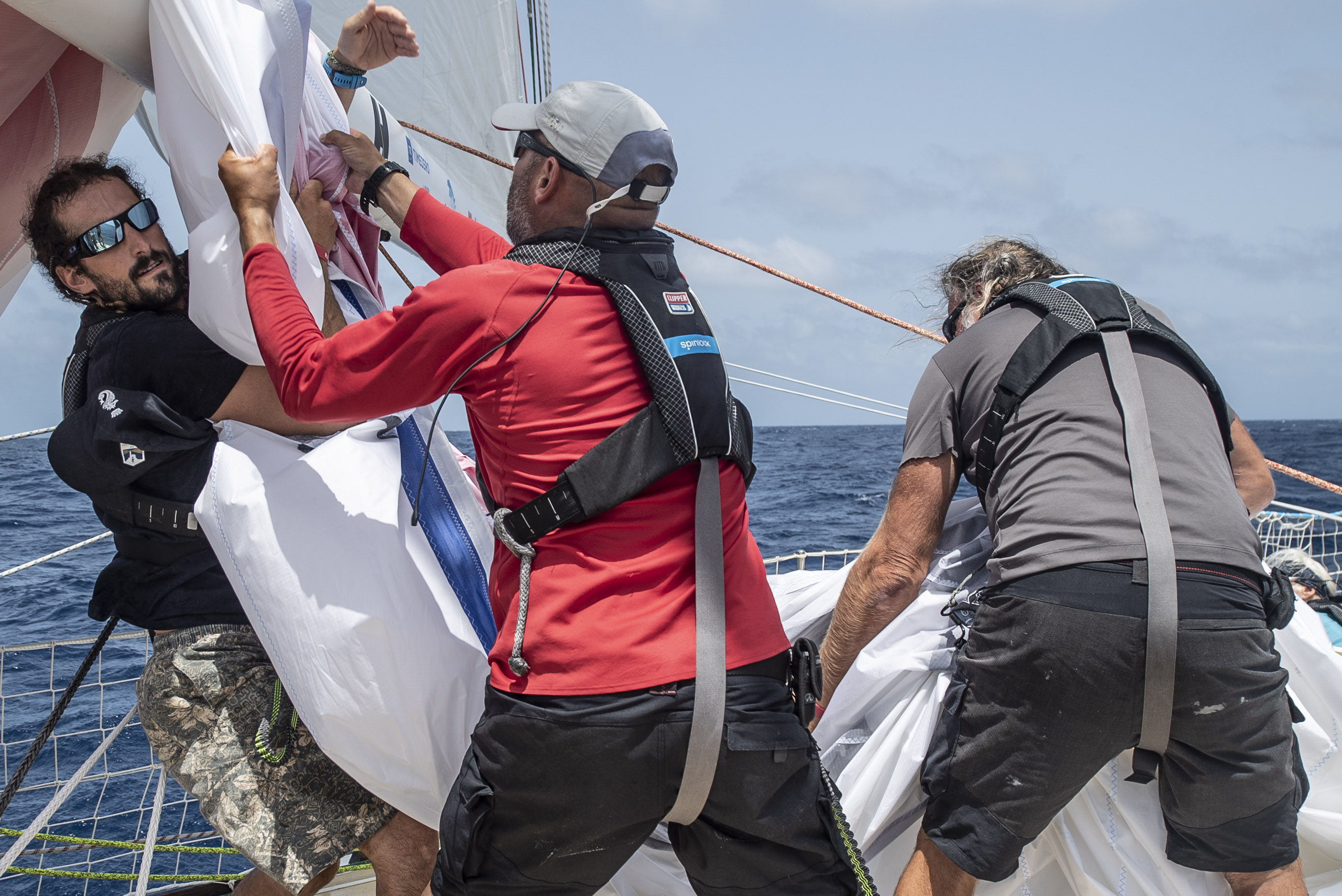 With each of the teams trying to find the best approach to the Doldrums Corridor, there have been a number of different approaches to navigating the Cape Verde Islands. This archipelago of ten volcanic islands 400 miles off the west coast of Africa will be the last chance for the Clipper Race fleet to see land before crossing the Atlantic, though not all teams were so lucky, as Zhuhai Skipper Nick Leggett explains: “Not only is the weather hotting up, but so is the racing, as we all start to converge on the Doldrums Corridor.

“We gybed yesterday morning, perhaps a little later than we should have, as our course took us directly towards Sao Nicolau Island at the northern end of the Cape Verde archipelago. We really had to sail a tight line to squeeze around the eastern end of the island soon after sunset. With the exceedingly high humidity reducing visibility, we never saw the island, even though we passed no more than 10 nautical miles off.”

After negotiating the islands, the next tactical decision is the Doldrums Corridor. However, the presence of the tropical low has provided an unexpected hurdle. With much depending on the tactics over the next 24 hours, Unicef has decided to use go into Stealth Mode to hide its position from the rest of the fleet. Skipper Ian Wiggin explains: “We are looking forward to getting a good burst of speed from the large storm to propel us deep into the Doldrums Corridor and on towards Punta del Este. We are in Stealth Mode at the moment so we can't say much about what we are up to at the moment. So instead we will content ourselves with hoping that our wheeze, such as it is, pays off, and we emerge well placed for the long trip south.” 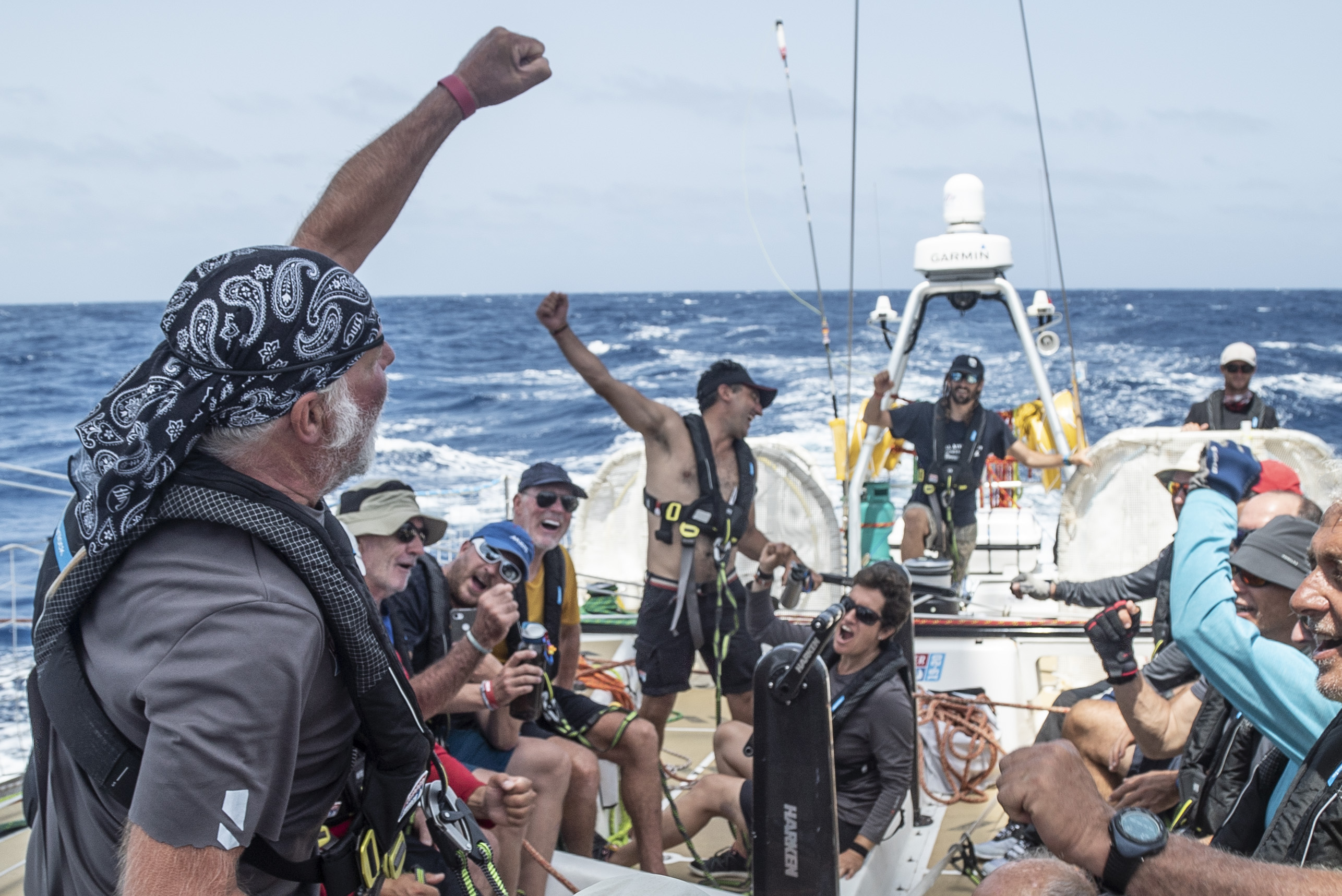 Punta del Este has made up some ground on the leading pack after opting for a more westerly route along with Imagine your Korea and GoToBermuda. It’s good news for the team which has played its Joker this race and Skipper Jeronimo Santos Gonzalaz said: “Unexpected! After preparing the crew for lack of wind during the crossing of the Doldrums, here we are sailing with high winds and high seas.”

As life on an angle returns for the crew, which team will make the most of the wind from the tropical storm, how far south can the teams get before they end up in the inevitable windless wake of the storm? Keep an eye on the Race Viewer to find out.