The Clipper Race fleet has been steaming along under spinnaker in a flat sea state towards the finish line of Race 8: The Sailing City Qingdao Cup and it looks like PSP Logistics could secure its second consecutive victory today, barring any twist in the tale, with Visit Seattle not far behind.

PSP Logistics Skipper Matt Mitchell, whose team has led the fleet for the last eight days since leaving Sanya and is now approximately 30 nautical miles from the finish line, reports: “We are now very nearly on the home straight to the finish line. It's looking like one more gybe a bit later on will see us over.

“Now the question is… have we got enough of a lead to be safe??!! Skipper Nikki and her Visit Seattle team will be charging down on us looking to pip us to the post so we cannot let our guard down just yet.”

The teams behind all have an eye on the changeable weather conditions – there is an incoming front with north-north-easterly winds behind it. The winds that the teams have now should gradually veer over the next 12-18 hours, before getting light and flaky for a little while before the front arrives, meaning there is all to play for, particularly towards the back of the fleet.

Visit Seattle Skipper Nikki Henderson, currently 25 nautical miles (nm) behind PSP Logistics, explains: “We are hoping to the heavens, and praying to Mother Nature, that we get through to the finish before the dreaded wind hole that's forecast to sit right on the finish. It will be fascinating to watch how this affects the standings - nothing like a potential fleet compression to keep us all on our toes.”

Reflecting on the voyage since Sanya, she adds: “This last race has been pretty epic. It's been ten days since we left Sanya - but it feels so much longer. We have packed in almost every type of sailing - note to self: future crew, you definitely get your money's worth with this leg.” 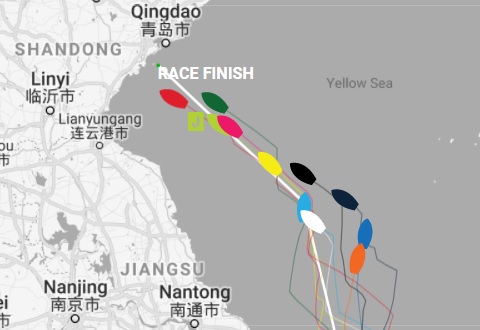 Around 20nm behind, the close battle between Sanya Serenity Coast, which has played its Joker Card, and Liverpool 2018 for the third and final podium place continues and the latter’s Skipper Lance Shepherd reports: “We are currently chasing Sanya Serenity Coast but she keeps escaping us, so unless Skipper Wendo sails into her very own wind hole or we suddenly get a very localised strong breeze, she will beat us to the line for a third place.

He adds: “I do feel Liverpool 2018 as a team are getting better every race and all the crew are working their socks off to be better in every way and hopefully the results will start to improve.”

Having clinched three Scoring Gate points yesterday, Qingdao re-emerged from Stealth Mode in fifth place, around 50nm behind the teams in front. Although redress for both Qingdao and Nasdaq still needs to be taken into account, Skipper Chris Kobusch reports: “Since the last update we had nice downwind conditions, but somehow kept losing miles to the leading pack and Liverpool 2018 is ahead and out of reach. Garmin is still chasing us so we have to sail fast and concentrate to not lose another position.”

Garmin has also revealed its position after coming out of Stealth Mode in sixth place ahead of Nasdaq, in seventh, after staying a bit further offshore. However, Skipper Gaëtan Thomas explains: “We unfortunately lost a bit of time due to some wraps on spinnaker early this morning around sunrise, but again the team worked fast to get it down, hoisting another one, popping the old wrapped one and getting that one back up.” 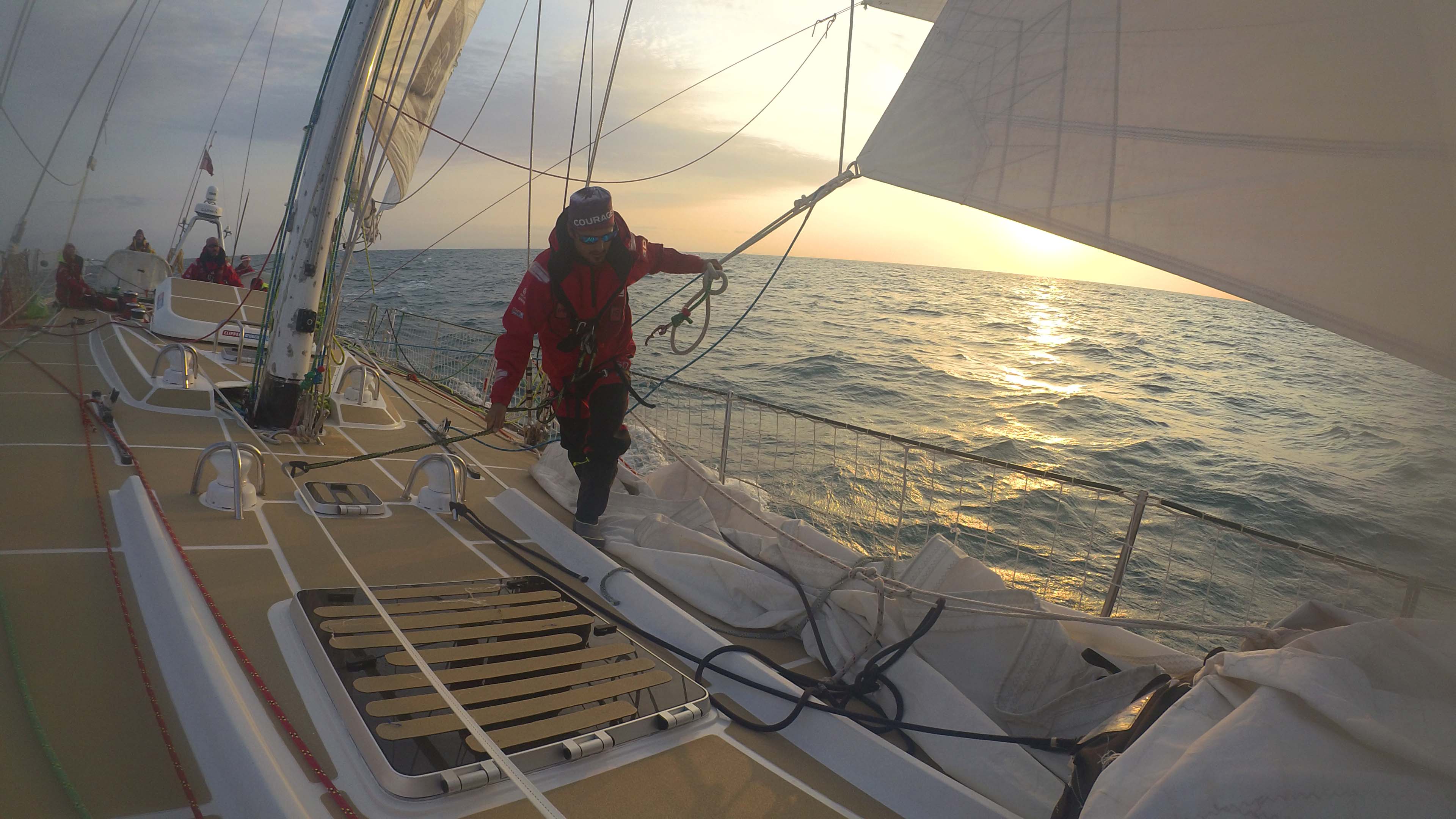 IMAGE: On board Visit Seattle.

Closer to the rhumb line, Dare To Lead is just 15nm behind Nasdaq in eighth place and Skipper Dale Smith is anticipating how the changing weather conditions will impact the team, saying: “The temperature has taken a dive with everyone now in full gear on deck and sleeping bags are a must!.

“We have some light fog today which makes it even colder. We are definitely out of the tropics now! Unfortunately, it doesn't look like we will make it to Qingdao before being hit by a strong northerly wind which will give a last cold punishing before we tie up.”

Further out east, GREAT Britain is currently in ninth place, continuing to dodge commercial traffic and holding off a challenge from Unicef, in tenth, which is around 20nm behind and HotelPlanner.com, around 10nm further back.

Unicef Skipper Bob Beggs is looking forward to the opportunities that the changing weather could bring, saying: “With just 250nm to run to the finishing line it seems the weather may have one last trick to play on us before our arrival in Qingdao. Our downwind spinnaker run in good weather and glorious sunshine is about to come to an end. It appears sailing at the back of the fleet gives better opportunities to see more action! So, we will get our chance to sail upwind in bitter northerly winds coming from China and the Arctic waste lands above.”