A mixed bag of weather conditions has kept each of the eleven Clipper Race teams busy through the night, and any big tactical moves at bay, as a ridge of high pressure brought any attempts to take advantage of the open Pacific ‘playground’ to a standstill. 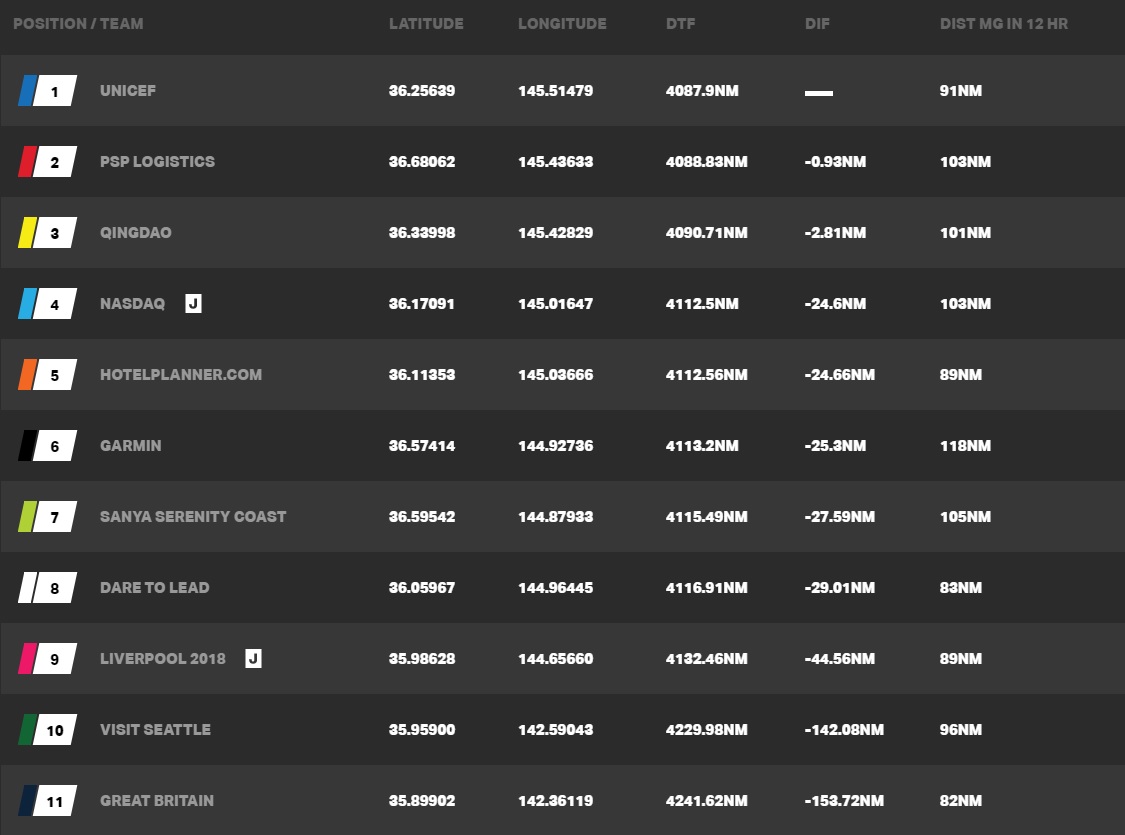 Positions: Correct as of 0900UTC

HotelPlanner.com Skipper Conall Morrison, whose team has held fourth place for three consecutive days in the easterly pack, says: “Last night, all was going well with the Code 1 (lightweight) spinnaker up. We gybed in order to negotiate a ridge of high pressure and fell into an area of light winds where we needed the Windseeker then the Yankee 1 and even the Yankee 2 for a while... and back through the wardrobe we went again.”

Whilst the conditions, which included huge wind shifts, differing wind strengths and some windless zones, affected the entire Clipper Race Fleet, the easterly teams seemed at a slight disadvantage with greater patches of light winds hindering progress, although all teams are benefiting from currents helping them to make good progress.

“Especially with a big black cloud ahead, this is usually not a good sign. So, we prepared for the worst, got the required crew on deck and prepared everyone for a spinnaker drop. The wind shift came, but instead of an increase, the wind dropped completely and left us sitting and drifting around for a while, before it filled in again from the north east.”

Despite this, there has been no change to the structure of the fleet, with yesterday’s three groups still in place, nor has there been any changes to the top half of the leaderboard with the three frontrunners remaining closer than ever, separated by less than four nautical miles (nm), and there is less than 30nm between first and eighth place.

Whilst enjoying the steadier building south westerly breeze, the attention of each of the teams will turn to the upcoming days where they will be looking to finally take advantage of the weather systems.

PSP Logistics Skipper Matt Mitchell explains: “The weather now looks great as far as our forecast reaches and there looks to be a real train route through the classic double high/triple low pattern that is absolutely textbook North Pacific.”

According to Clipper Race Meteorologist Simon Rowell, however, there will be one more hurdle with the upcoming 24-36 hours set to be interesting yet again for the teams as a developing low pressure system over Japan spins up and moves north east over the fleet.

Although with some luck the fleet will encounter the edge of the low, in its path it will bring predicted wind speeds of 40 knots, then an energetic front trailing behind it of up to 50 knots, which is promising to bring some fast, fiery conditions with it.

The Mandatory Gate Haller lies between the Japanese islands of Hachijō and Aogashima and for the Clipper Race fleet it marks the edge of the open Pacific Ocean. As the teams converge again, on what is the last compulsory gate until the Finish Line in…

Progress in the race to Seattle has continued to be hampered over the past 24 hours by the high-pressure system which has kept teams in very close proximity of each other. However, the light at the end of the windless tunnel appeared this morning as…