Ten* of the Clipper Race teams are racing on the final stretch of Race 10: Sailing City Qingdao Cup into Seattle, after a long and enduring voyage across the North Pacific Ocean. They are due to arrive at Bell Harbor Marina this weekend, with the leading teams due to cross the finish line from Saturday afternoon.

WTC Logistics is currently sitting in the lead, closely followed by Punta del Este in second and Unicef in third. It continues to be a tantalisingly close race, with the yachts match racing in small groups since their departure last month. There’s still lots to play for as the teams get nearer to the finish line.

Throughout the race, the North Pacific has served up a host of immensely challenging conditions. The teams first faced the intense, windless heat of the tropics on leaving the Philippines. This was followed by a brutal upwind battle, where the yachts beat into strong headwinds, meaning an uncomfortable couple of weeks for the crew as life at a 45 degree angle became the norm for days on end. 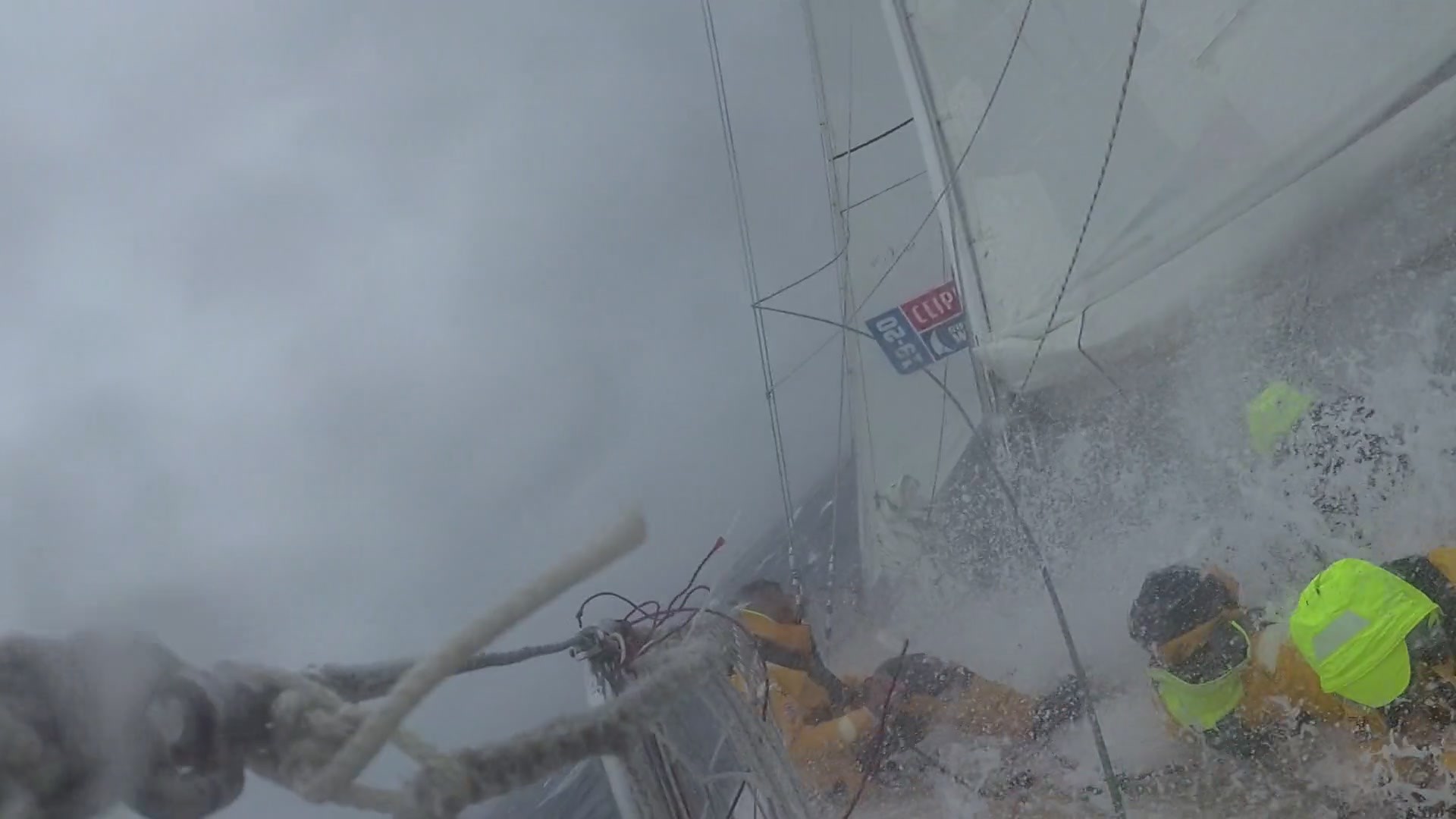 Image: Heavy conditions for the crew on board Unicef

Once the fleet passed Japan and reached the North Pacific proper, the downwind, exhilarating, huge conditions that the crew had been waiting for, began. The race has been exceptionally close, with Unicef, WTC Logistics and GoToBermuda leading the pack in a scramble to secure the bonus Scoring Gate points, and maintaining a lead for the remainder of the race. Punta del Este, having opted for the more northerly route away from the fleet, swooped ahead soon after and has remained in a podium position. 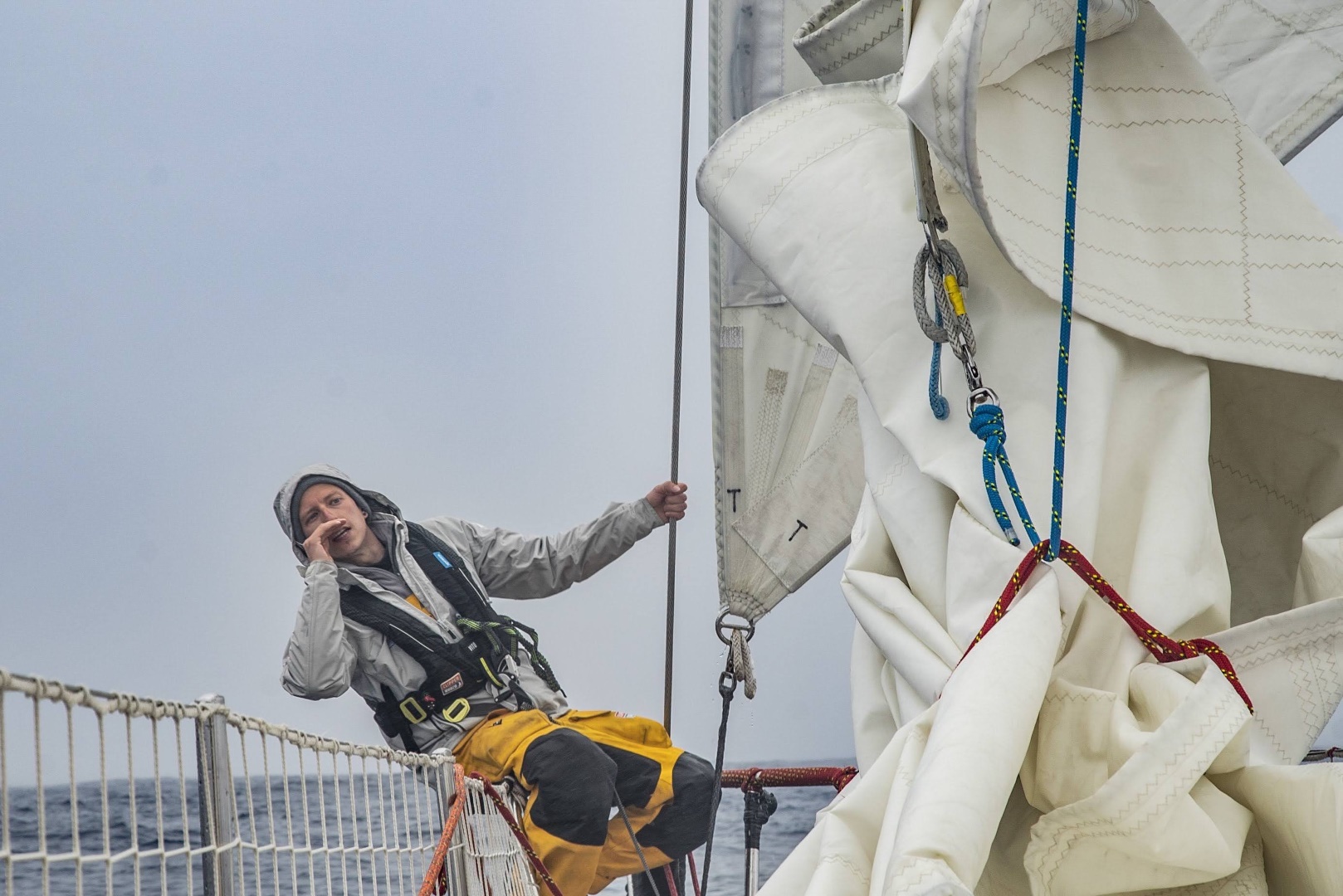 Image: Chris Ball in the North Pacific on board Zhuhai

The teams crossed the International Date Line in mid-April, doing something many of us don’t get to- live the same day twice. We asked the teams to reflect on which day of their lives they’d relive if they had the chance as they crossed the Date Line. The yachts then raced towards the Dell Latitude Rugged Ocean Sprint, where they can bank extra points for their speed between two virtual gates. The Ocean Sprint results will be revealed once Qingdao has completed this part of the race.

Race Skipper on Punta del Este, Jeronimo Santos Gonzales, on approaching the finish line said: “The final stages of the race are proving challenging with light and variable winds. At this stage anything can happen as some boats can get some breeze and others park up for hours.

“The race is not finished until we cross the finish line. We continue pushing hard on the final miles of this epic race to Seattle; it’s in light winds where we need to put more effort in to keep the boat moving forward. Once again we stay at the mercy of this mighty Pacific Ocean.” 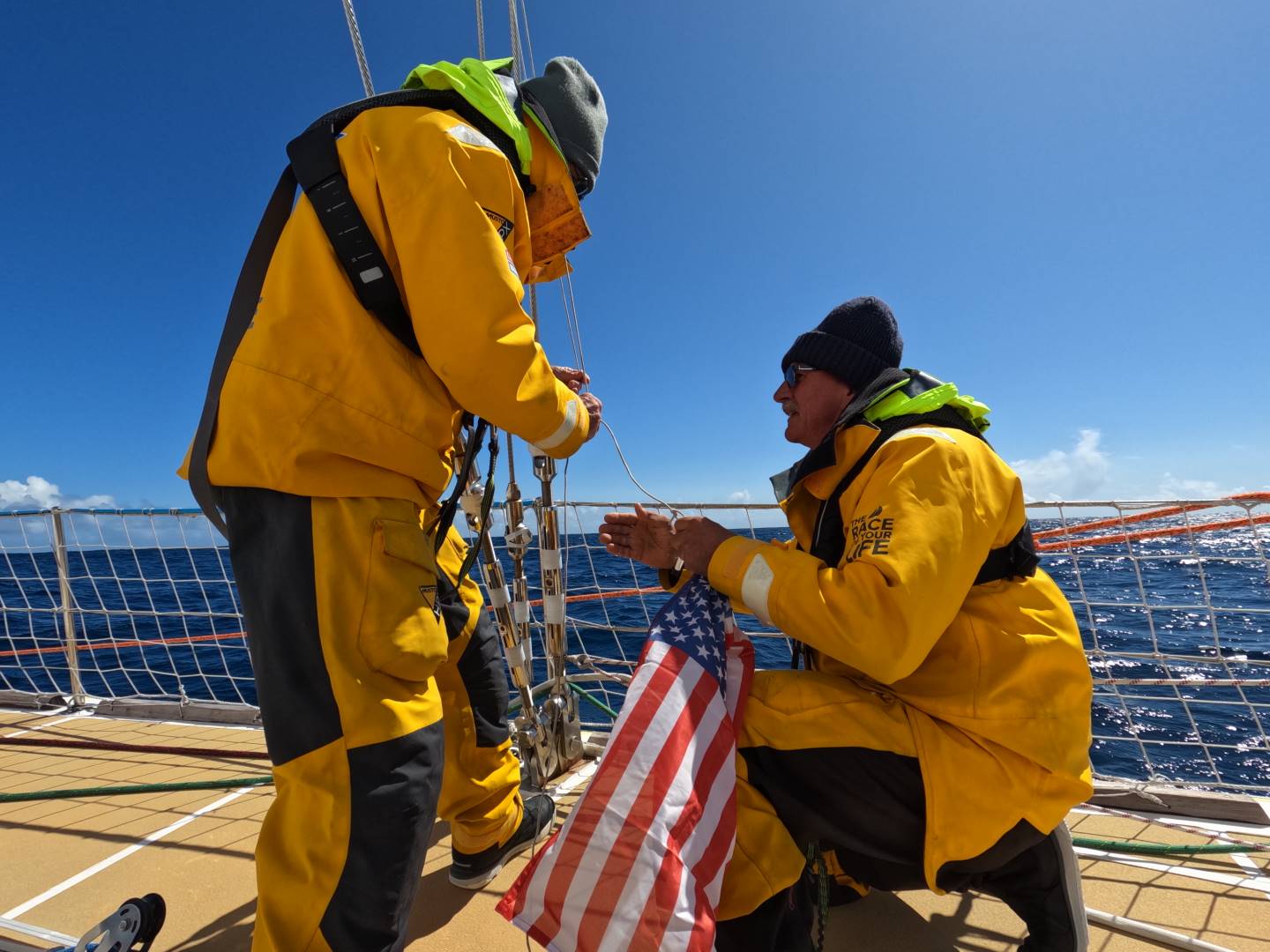 Image: Crew on board Punta del Este hoisting the US flag ready to reach Seattle

David Hartshorn, Seattle Skipper reports on the conditions the crew have faced: “still with the following sea, there was some great surfing going on. It was completely, high-octane, adrenaline fuelled sailing, under a North Pacific sky, that was giving way to some amazing soft pastel, creams and pale blues, with dramatic silhouettes of low dark clouds. This was after days of dark, battleship grey, Armageddon-type skies. How lucky are we to experience it? Alec (Pickthall) smashed the surfing, picking up a wave and riding for what must have been 30 seconds or more for 20kts.”

For the Race Crew, the North Pacific has been an intense physical, mental and emotional challenge, and one of exceptional determination, teamwork and resilience until the end. Anne Hough, a circumnavigator from Guernsey, on board Punta del Este reflected on the race, and said, “This has been a race of two halves. The boats are built for the trade winds and they sail so beautifully with the wind behind them, but are so horrible to sail into the wind. As tiresome as the first three weeks sailing up the coast of Japan was, since we turned east with the wind behind us, the sailing has been sublime.

“The wind gods are with us still and fingers crossed that this continues. It is a quest to keep the boat sailing as fast as possible. It has been an enormous combined effort by everyone.” 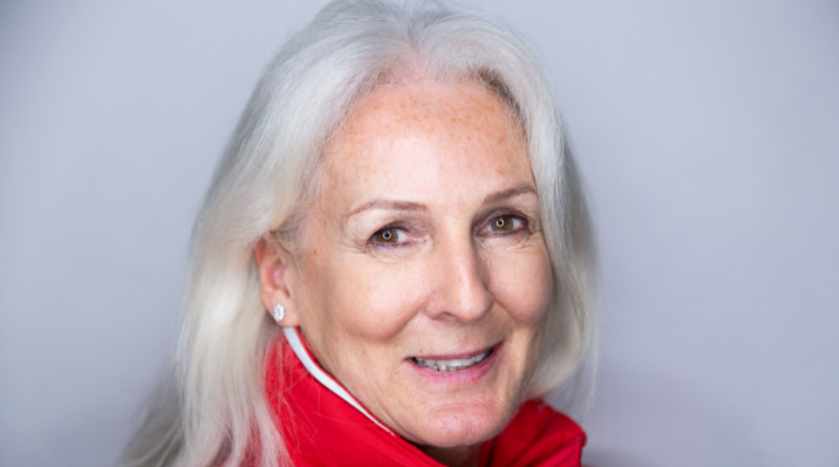 Race Crew on Visit Sanya, China, Cameron McCracken, on approaching the last days of the race, reports: “A month seems like a long time on land and for some it may feel even longer at sea. There’s been many amazing moments to name including epic low pressures, hard beating upwind, amazing surfs, challenging helming, the respite of a small windhole, enormous Pacific birds, leaping tuna, bright moonlit nights and fantastic speeds. All of this was successfully managed by Skipper Mike, AQP Mary and this fantastically stoic Visit Sanya, China crew.” 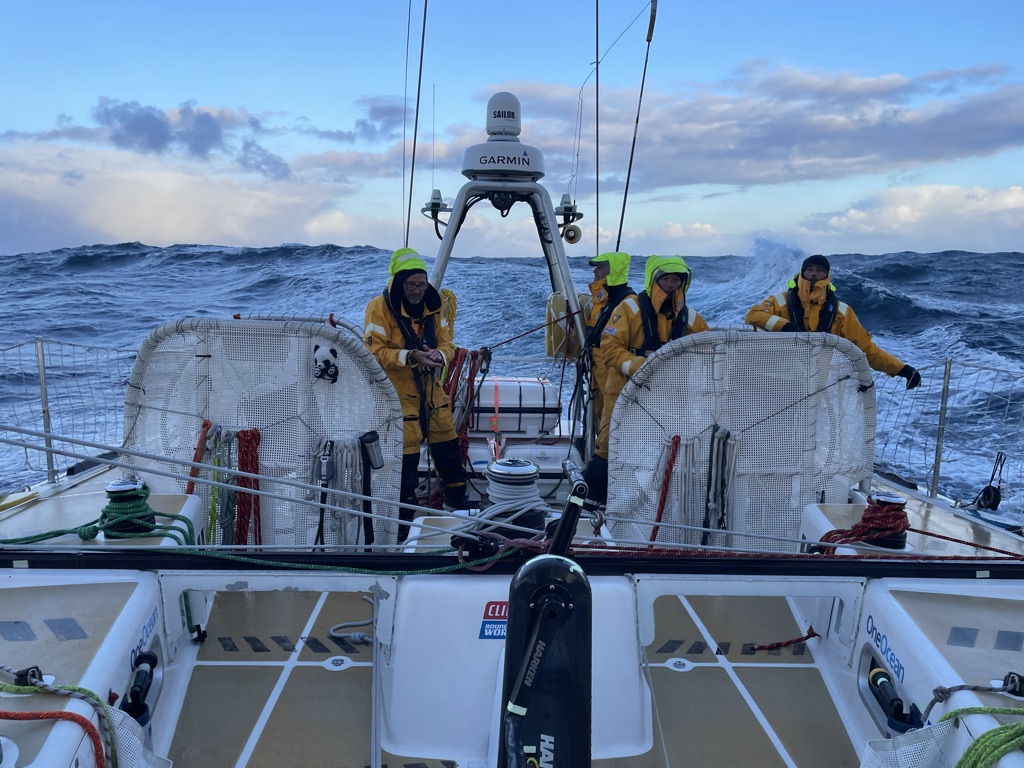 The frontrunners are less than a day away from the finish line. Once they cross it, they will sail through the picturesque Puget Sound to Bell Harbor Marina, Seattle and the fleet is estimated to arrive on Sunday 24 April. Watch the Race Viewer to keep up with the action.

*Qingdao is currently sailing toward San Francisco, following a diversion to Japan for repairs early in the race. The yacht left Japan on 16 April and is expected to arrive in San Francisco on 5 May.

Updated: 1600 UTC / 0900 LT - 22/04/2022Please note that these are best estimates based on the latest weather and the average speeds of the fleet. Weather and tidal conditions will cause these times to change. Keep an eye on the Race Viewer for…

The Clipper Race fleet has started to cross the International Date Line, a big race milestone in Race 10: Sailing…