It has been a thrilling few days for the fleet, and for those glued to the Race Viewer, as three teams hustled for the first Scoring Gate since Race Restart.

Scoring Gates are virtual gates where the first yacht to pass through secures three valuable bonus points, the second receives two and the third team through is awarded one.

Unicef, GoToBermuda and WTC Logistics raced tantalisingly close to each other towards the Scoring Gate, with Unicef scraping the win and winning the maximum three bonus points, crossing at 03:47:20 UTC. Closely following was GoToBermuda, who gained two points as they passed the gate just twenty minutes later at 04:07:59 UTC, and in third was WTC Logistics, who reached the Scoring Gate at 05:01:50 UTC this morning, securing one point.

Mark Light, Race Director said “For the first time in two years the Scoring Gate is back. Positioned just under 100nm south of the great circle route and 60nm wide from north to south, it gave the first opportunity for teams to gain bonus points since Race Restart.

“After lots and lots of upwind conditions in this race, the wind and weather finally decided to play ball and allowed the front runners to take advantage of some fast downwind reaching conditions. Unicef, GoToBermuda and WTC Logistics made the break towards the Scoring Gate with Ha Long Bay, Viet Nam hot on their heels. Congratulations to Ian and Dan on Unicef for taking the Scoring Gate win, and well done to Wavy, Max, Dan and Ineke and their respective teams, GoToBermuda and WTC Logistics, for scooping up the bonus points! Next stop, the International Date Line.”

All three teams are still sailing head to head and leading the fleet, with Unicef currently at the front of the pack, but not by much. Ha Long Bay, Viet Nam following closely behind the leading three teams with Punta del Este, who has taken the northerly route, racing hard. 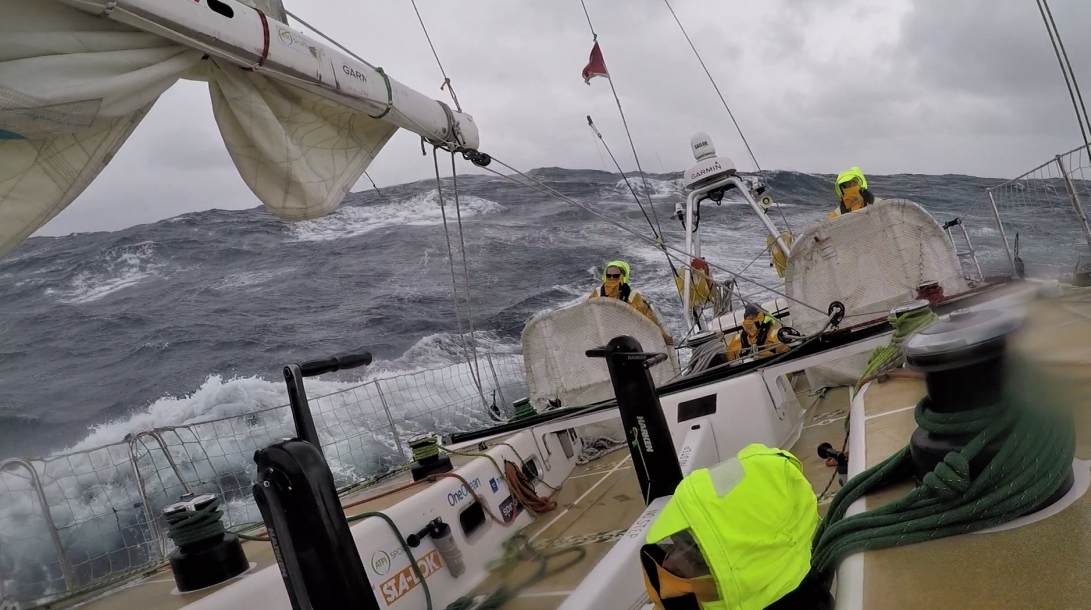 The race has been a tough journey so far. The teams have been beating into strong headwinds, making for slow progress and some difficult conditions on board with the yachts heeled over at an angle. However, with all teams now entering into the wilderness of the North Pacific proper, the fleet will face some bigger depressions rolling through, creating the fast, downwind, exhilarating racing conditions that characterise the North Pacific. This is what the crew has been waiting for. Some of the teams have already begun to experience some big seas and intense winds- watch footage from on board Unicef as it experienced 60 knots of wind en route to their Scoring Gate win here.

Keep up to date with the Race Standings on the Race Viewer, and the latest news and stories via the Clipper Race News Hub.

Into the wilderness: teams enter the North Pacific Ocean

Having cemented its reputation for being ‘the big one’ since its introduction to the Clipper Race in 2005, Leg 6,…

The North Pacific, the world’s largest and most remote ocean, is home to some of the most challenging conditions sailors…