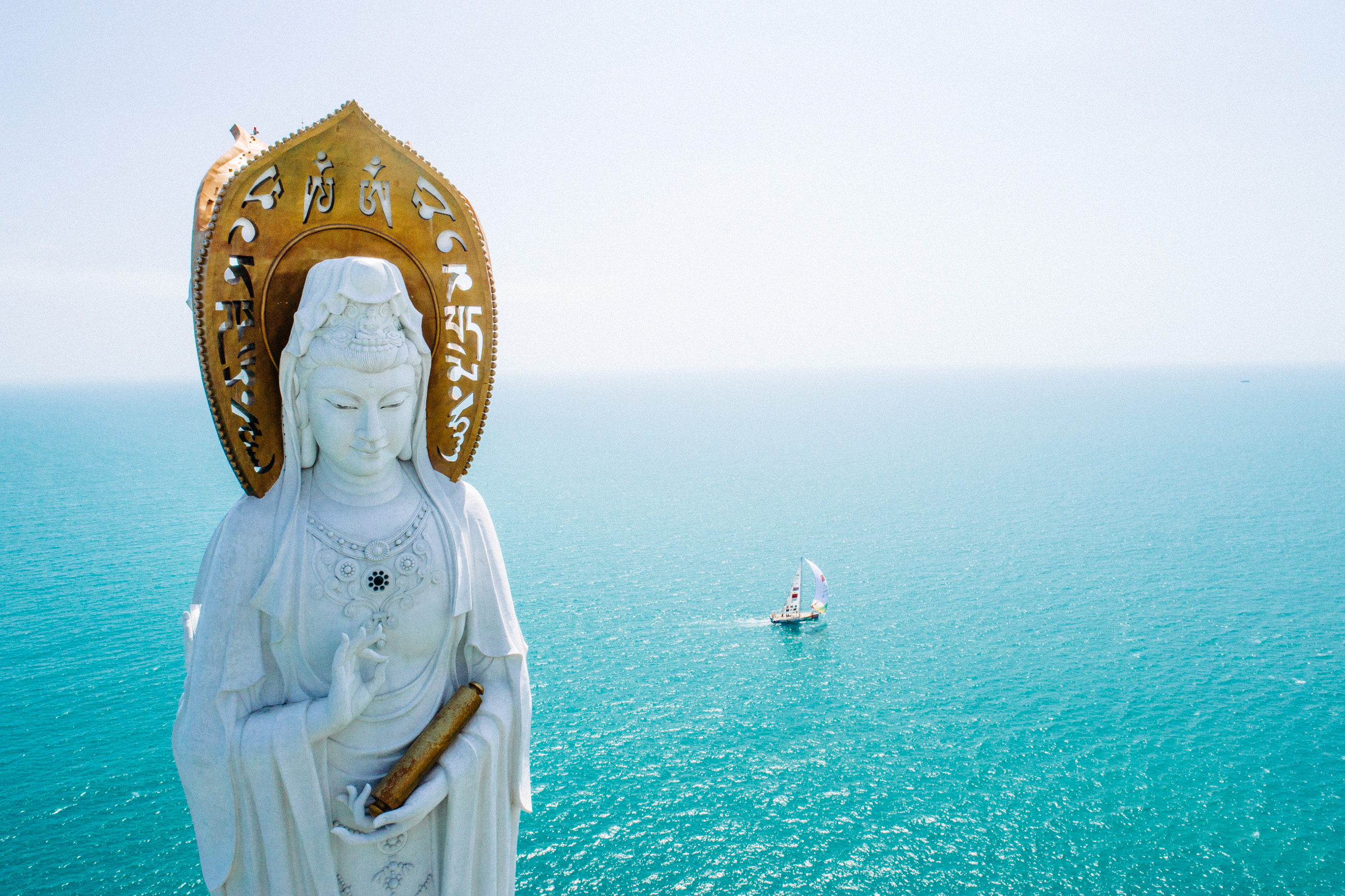 Sanya lived up to its reputation for putting on a spectacular show with a final departure ceremony for the Clipper Race fleet that included three performances, including the lion dance, and a speech from Sanya’s Deputy Mayor, Mayor Xu. She said: “Sanya’s tropical climate and clean, warm waters make it the perfect place to host large international yacht races like the Clipper Race and these events will help the popularity of sailing flourish.

“The Sanya Government has spared no efforts to ensure the Clipper Race partnership is a big success and we look forward to seeing sailing grow.

“Over the last fifteen days, some 270 crew members from all over the globe have attended many events and I hope that everyone will leave Sanya with very warm memories. Best wishes for all of the teams as they complete the remaining races and we look forward to welcoming the Clipper Race back in the future!” 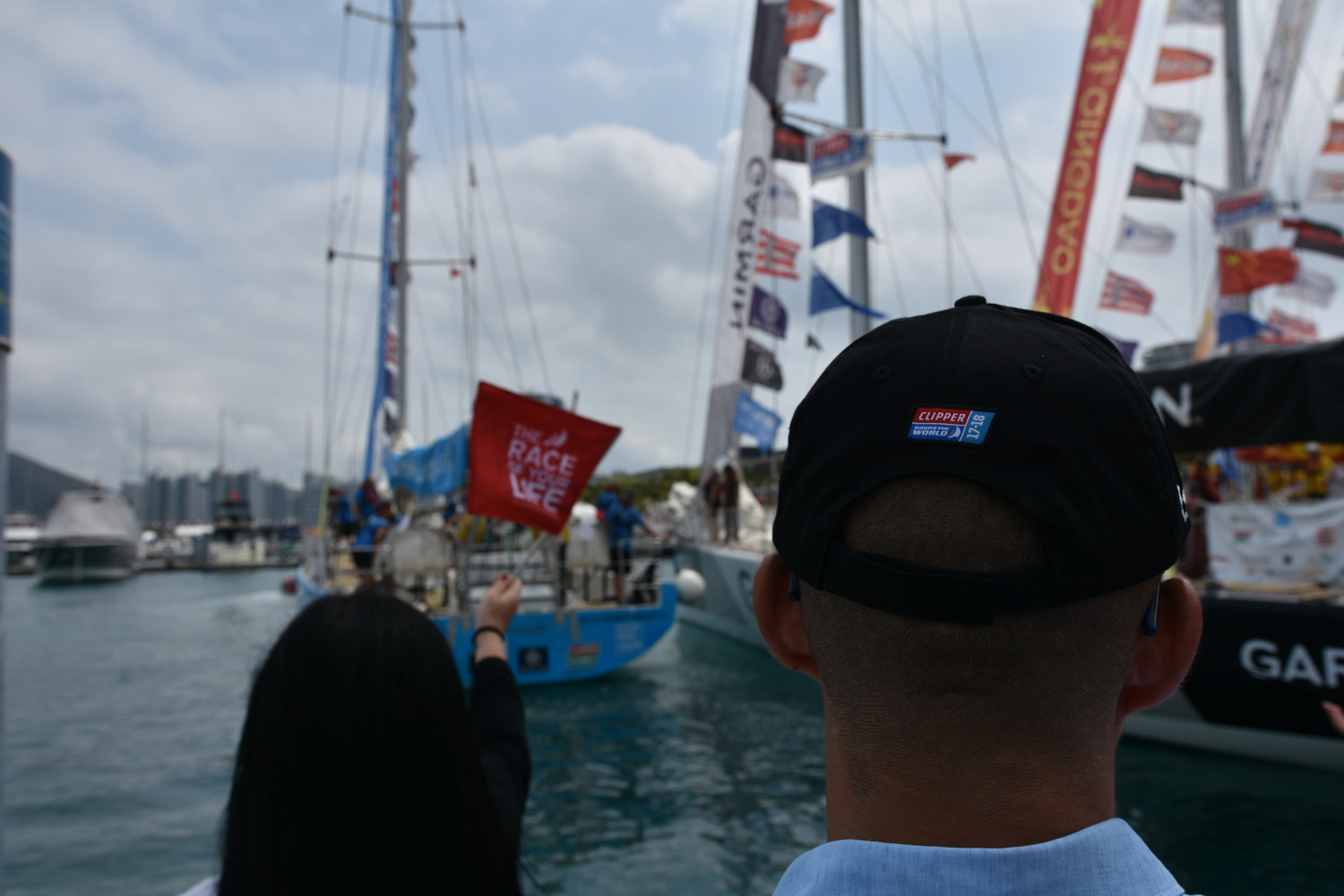 After slipping lines at Sanya Serenity Marina, the only Asian Marina to hold the Marina Industries Platinum Five Gold Anchor status, and the highest possible level of accreditation, teams geared up for the race start in a steady breeze in front of Sanya’s iconic Phoenix Island.

Using the first ever Sanya Serenity Coast In-Port Race, which was held on Friday, as a springboard for further success, Nasdaq crossed the Race 8 start line in first place and was followed closely by Visit Seattle and Dare To Lead. Tactics were at play from the off, with the fleet immediately splitting into two packs as teams headed for the windward mark.

It was Dare To Lead and PSP Logistics, which both opted for the westerly route, that rounded first but Visit Seattle, which took the easterly route, took third place and pipped Sanya Serenity Coast around the mark. 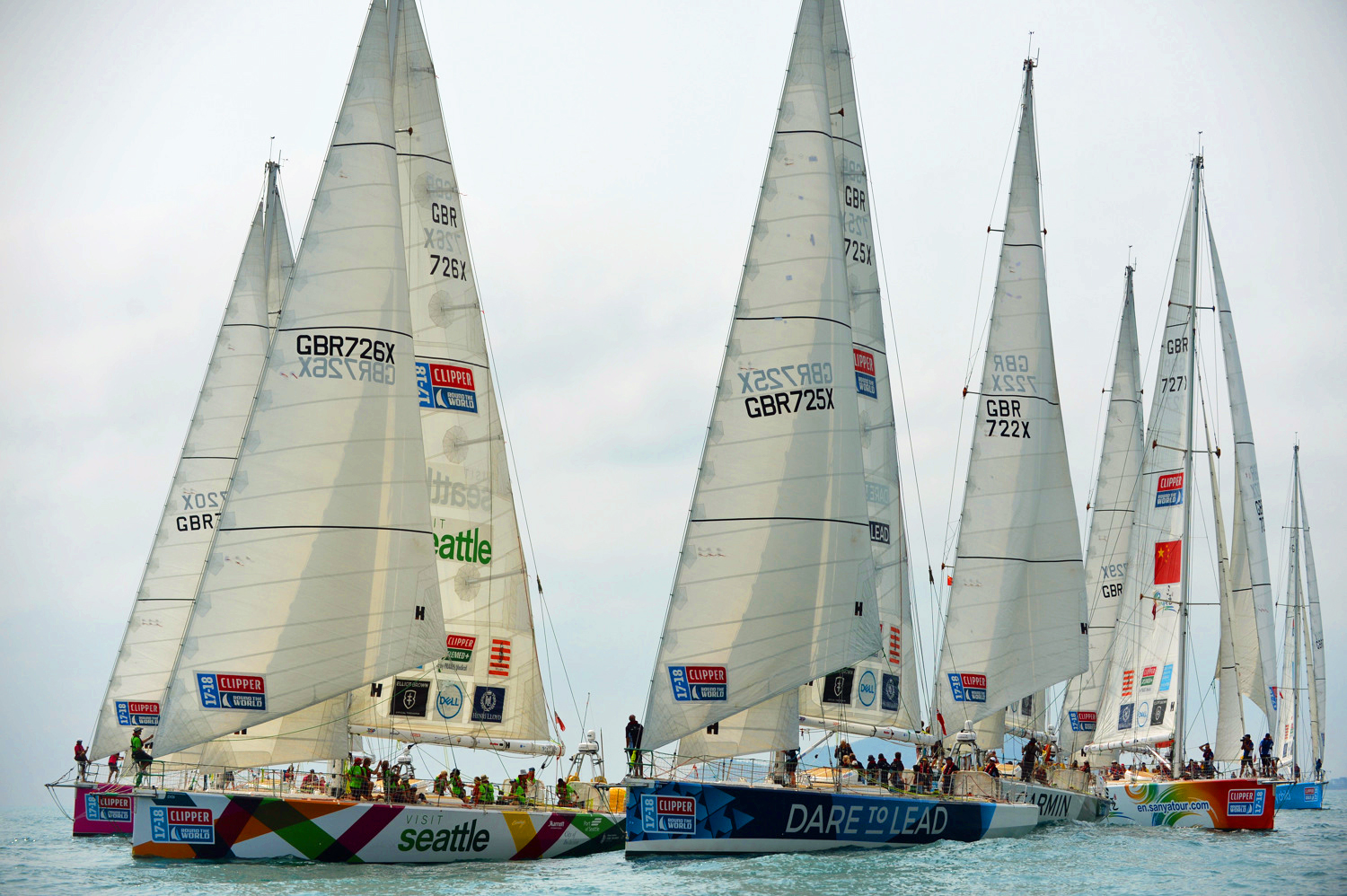 After completing a short inshore route, which passed the Nanshan statue, the Clipper Race fleet raced away from Sanya and will navigate the Kuroshio Current as it heads north, where the scorching heat will be replaced by freezing conditions.

Clipper Race Director Mark Light said: “The majority of Race 8 is likely to be upwind conditions, certainly as they race off the East coast of Taiwan, and there is the North flowing warm Kuroshio current as well.

“The predominant north-easterly winds combined with the Kuroshio Current heading in the opposite direction, there will be wind over tide and that can create quite heavy seas and short but sharp waves.

“As the teams head further north, the heavy weather tends to be replaced by fog and that will provide a different challenge for the fleet.”

Having won the last race from the Whitsundays, Australia, to Sanya, PSP Logistics Skipper Matt Mitchell said: “My expectations are quite high. The race to Qingdao is going to be very tough but we are hoping for another podium and we will work hard to get there!” 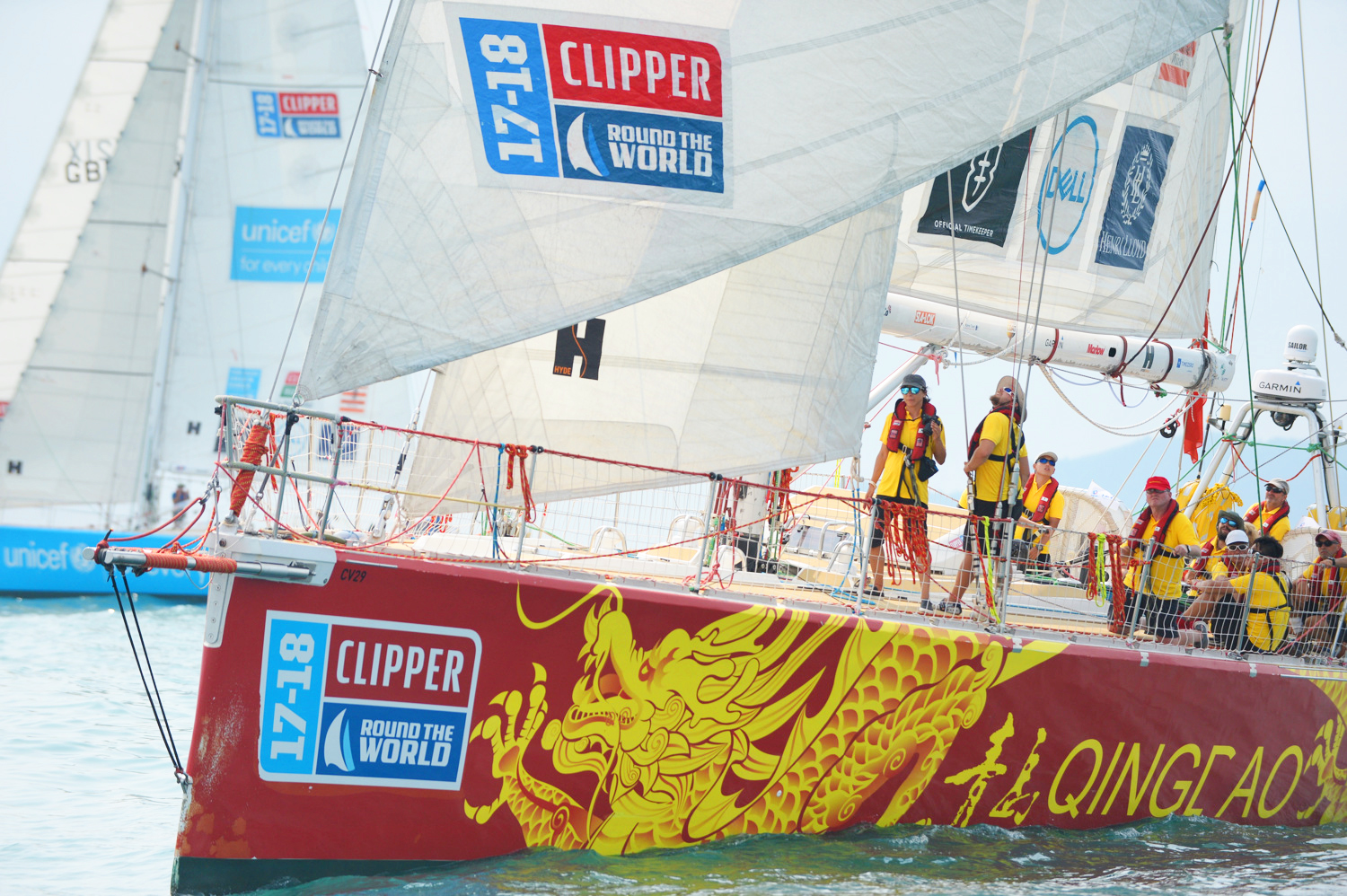 Sanya Serenity Coast will double the points earned in the race to Qingdao after deciding to play its Joker Card, and Skipper Wendy said: “We are ready for Race 8! We are going to be very sad to leave this beautiful, amazing city but all the support has been amazing and hopefully that will help us to sail fast.” 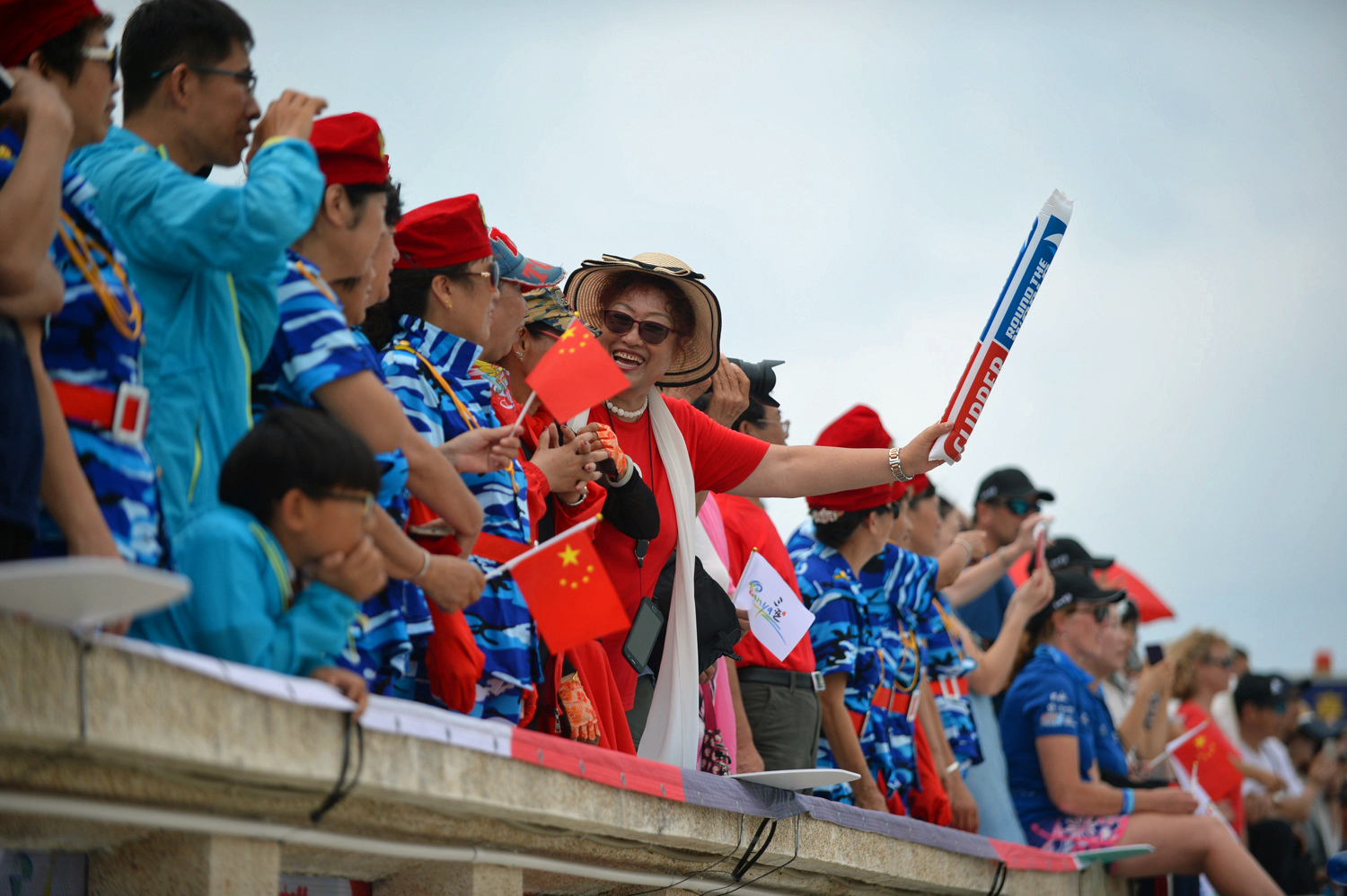 The race to Qingdao is expected to take between ten to twelve days, with the fleet expected to arrive into the Wanda Yacht Club between the 13 and 16 of March. Keep up to date with the latest position updates as the fleet completes the opening day of the Sailing City Qingdao Cup via the Clipper Race Viewer.

With the incredible, action-packed stopover in the tropical paradise of Sanya, China, drawing to a close, the eleven Clipper Race Skippers are turning their thoughts towards the next challenge, Race 8: The Qingdao Sailing City Cup.After ten days in its home port, the crew of…