Returning for its second race partnership, under the technical alliance of MaxSea and Nobeltec, TIMEZERO by MaxSea, has been named as the Official Navigation Software Supplier for the Clipper 2017-18 Round the World Yacht Race.

The race’s twelve Clipper 70 yachts, the largest matched racing fleet, will once again be equipped with the latest in marine navigation software to help complete their eleventh month circumnavigation.

Clipper Race Founder and Chairman Sir Robin Knox-Johnston welcomed the renewed partnership, saying: “We are pleased to announce that all the fleet will be equipped with the latest TIMEZERO by MaxSea software. This will enable the boats to download the weather forecasts and then calculate the best choice of routes from that advanced information.”

Adding, he said: “Having used TIMEZERO by MaxSea myself I know how invaluable it is and frankly it is not possible to race effectively these days without it.”

For the twelve Clipper Race teams, the world’s largest matched racing fleet, TIMEZERO’s pioneering marine navigation software can deliver extremely accurate weather routing, which if utilised efficiently by teams could prove to be the difference between first and last place in the standings.

Daniel Smith, Deputy Race Director, used the TIMEZERO software when he skippered Derry-Londondery-Doire to second place in the 2015-16 edition said, “With a bit of practice the software was easy to use and immensely powerful. Our race tactics were firmly based on TIMEZERO’s interpretation of our polar files and the available weather reports.”

The first marine navigation software to provide weather routing data for off-shore racing, TIMEZERO will be used by the professional race Skippers and many of the Clipper Race crew, who receive on board training, to assist them in finding the fastest routes during the race. 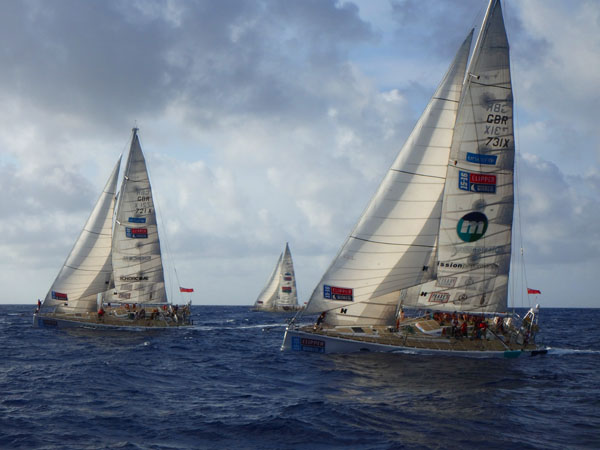 In the middle of an ocean where teams can go days without seeing the rest of the fleet, crew and Skippers can also utilise the software to monitor the progress and distance covered by their competition.

Theodore Scott, from the MaxSea Marketing Team said, “TIMEZERO by MaxSea is thrilled to once again be selected as the Official Navigation Software Supplier for the Clipper 2017-18 Race.

“The Clipper Race is a truly unique challenge that gives amateur sailors the opportunity to sail around the world and we are happy that TIMEZERO is the marine navigation software on board that will help the competitors arrive at their destination faster and safer.”

Theodore adds, “We look forward to seeing how TIMEZERO by MaxSea is used by the skippers and crew alike to plan out routes and make smarter, more informed decisions. We wish all the competitors all the best for what should be a thrilling race!”

US sports TV network, ROOT SPORTS™ is to air our award winning sports adventure series, Race of Their Lives 2, which goes behind the scenes of the Clipper 2015-16 Race, starting this weekend.The first of seven one-hour shows debuts this Saturday at 4pm Pacific Time…