The Unicef team crossed the finish line in Albany at 0411 UTC (1211 local time) Friday 27 November in eleventh place in Race 3, the Wardan Whip: a 4850 nautical mile battle from South Africa across the Southern Ocean to Australia.

“I think we had quite a typical Southern Ocean experience in some regards," said Unicef Skipper Jim Prendergast upon arrival.

"It was a mixture of very windy, trying conditions. We saw 80 knots on one occasion, and 60 knots a few other times, so it certainly lived up to its name of being the Southern Ocean Sleigh Ride.

“We also had a contrast with some light winds that were unexpected. We did the best we could in those conditions. We were in seventh positon, and tacked away north to avoid the ice limit. Then we sailed straight into a high pressure system that wasn’t on the GRIB weather files, and that cost us badly. That was very frustrating. We struggled a bit to get back into it," Jim added. 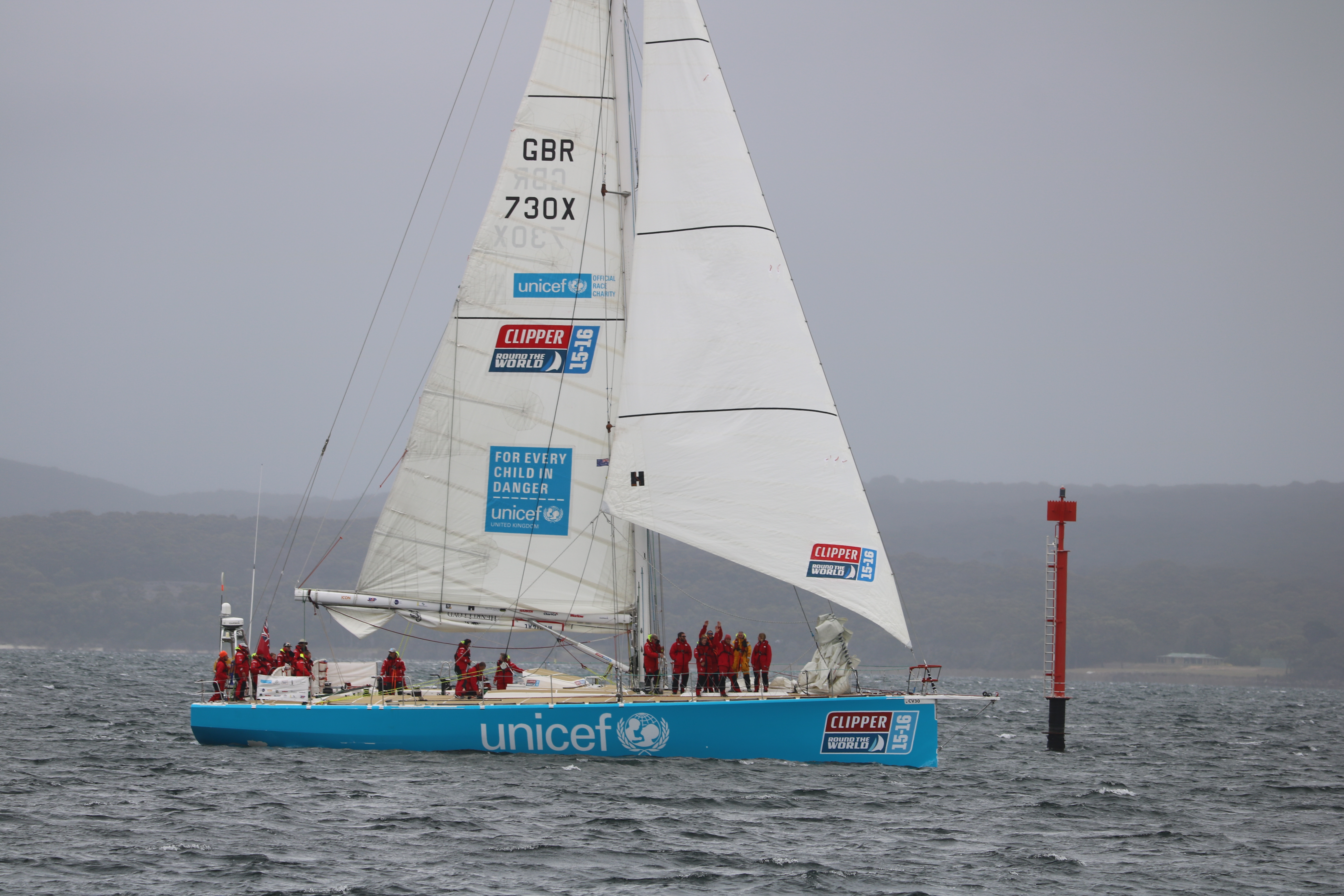 But he’s had an additional challenge for which he’s been taking pain relief under the direction of Team Medic, retired British GP Peter Rice, in consultation with the race’s remote telemedicine service ClipperTelemed+ and their medical team at the PRAXES operations centre in Halifax, Nova Scotia, Canada.

“I have had an extra challenge this race as I’ve not been feeling too well and have been laid up some days suffering some pain. A great deal of credit needs to go to my Watch Leaders Peter and Chloe who without missing a beat stepped up to the challenge. It goes to show how in-depth the training is, and I am proud of them. They really had to dig deep and run the boat and manage me.

“As the on board medic for this leg, Peter took good care of me, and with the help of remote telemedicine service ClipperTelemed+ was able to give me medication. Their remote support was invaluable too,” Jim added.

Medic Peter Rice (56) is also a watch leader together with Chloe Ford (31). They have been supporting Jim with Peter taking the lead as he has a Clipper Race Coxswain Certificate; each team in the Clipper Race has at least one fully qualified Coxswain aboard at any time in the event the Skipper is incapacitated. They are qualified in all the skills necessary to get the yacht safely to port.

Round the world crew member Peter said upon arrival: “With Jim being taken ill during the race, that was a challenge. I had to make sure the Skipper was ok and the watch were ok and functioning efficiently. My watch responded incredibly well. I am proud to have sailed with every single one of them.

“I really appreciated the support from the medical staff at ClipperTelemed+ and PRAXES. They were very helpful and it was useful to consult with another doctor.

“In my GP career, I have never dealt with a situation like this. Tales from suburban Birmingham are quite different,” Peter added.

Round the world crew member Chloe Ford explained: “The Southern Ocean was a testing experience. We didn’t get the weather we expected, but it was testing in other ways.

“It was nice to have someone else there to talk through my decisions with Peter. There were lots of experienced sailors on the boat, and people who have done their coxswains course, so we all knew what we were doing and kept the boat moving well, but I did still feel the pressure.

“I am proud of everyone on board Unicef. No one panicked, everyone got on with it and did a brilliant job. The pre-race training gave us a good grounding, so we were well prepared,” Chloe added.

Jim will receive a full medical assessment in Albany. 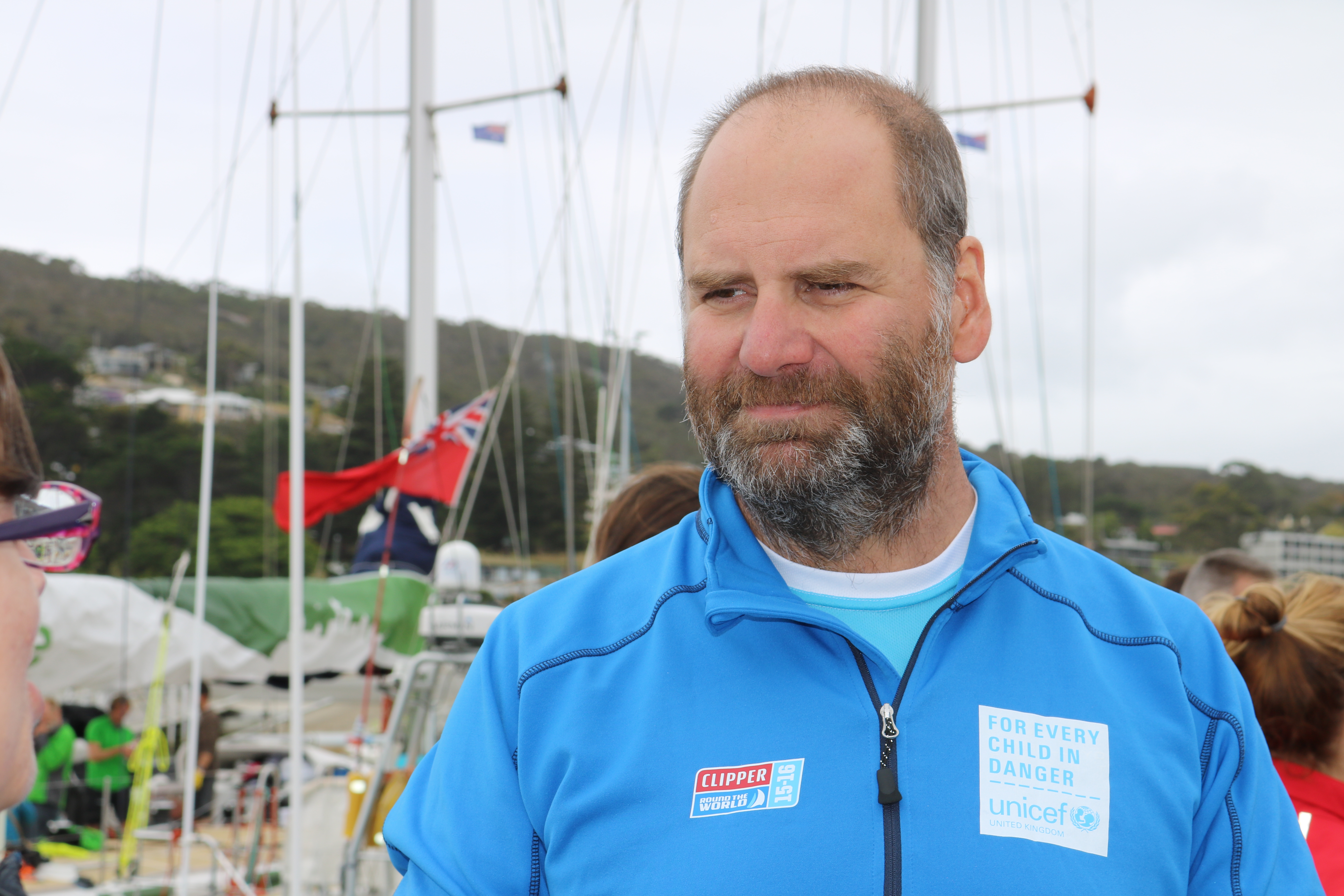 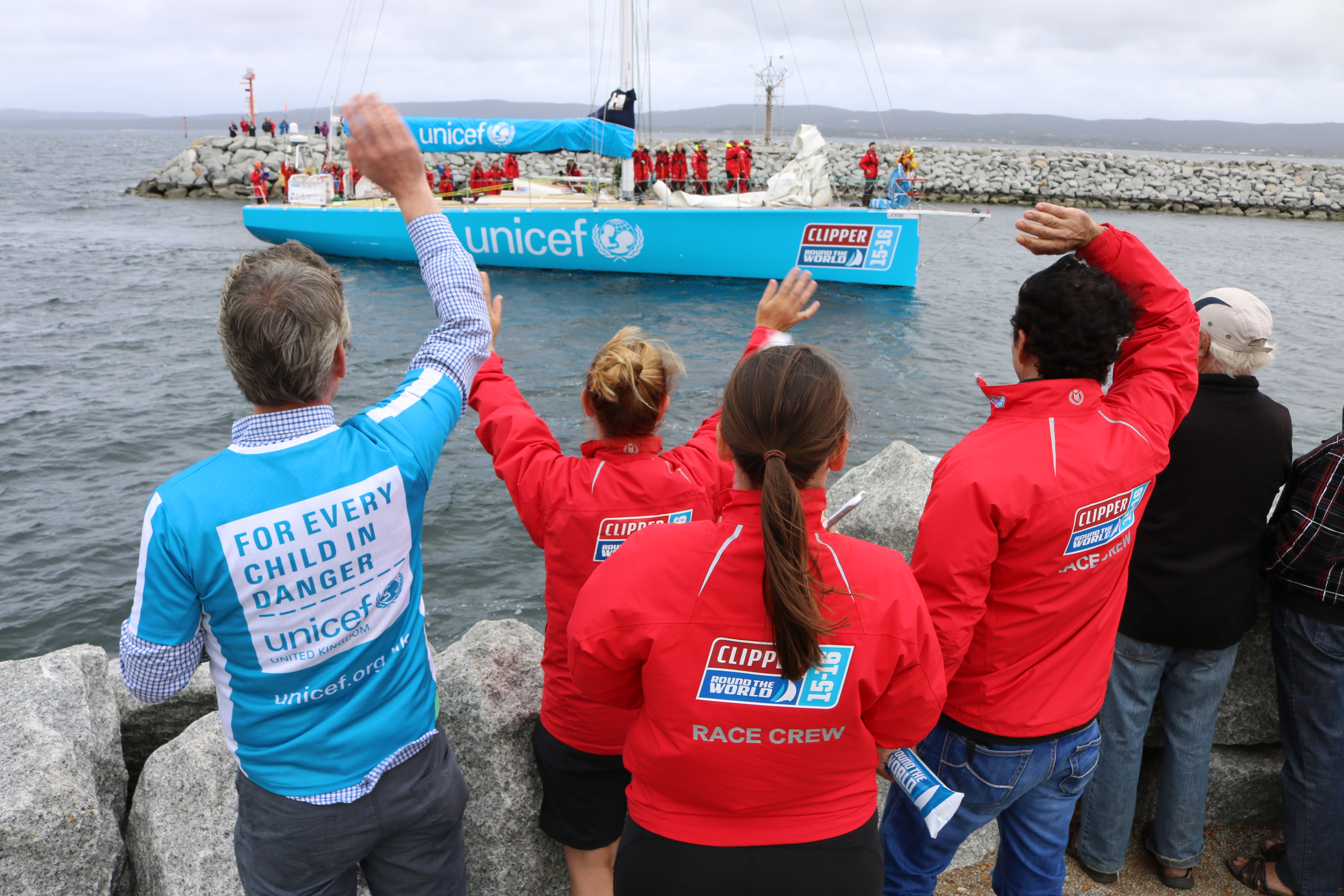 The final team ClipperTelemed+ is currently anticipated to arrive into Albany on Saturday evening local time, 28 November. They ran into a large high pressure system with very light winds and decided to retire in twelfth place which has enabled them to use their motor when necessary to make best speed into Albany.

The Race Office has confirmed the points for Race 3 and updated the overall leaderboard. This puts Derry~Londonderry~Doire at the top now, with LMAX Exchange second and GREAT Britain third. Penalty points for sail and equipment damage in Race 3 are yet to be calculated and applied.