Have you spotted 28-year-old Clipper 2017-18 Race circumnavigator Charlie Garratt who is the latest face on the global sailing event’s London Underground posters?

Charlie, from Southampton, UK, signed up to take part in the Clipper 2017-18 Race and after hundreds of days at sea, she completed the full circumnavigation on 28 July last year as part of the Dare To Lead team. 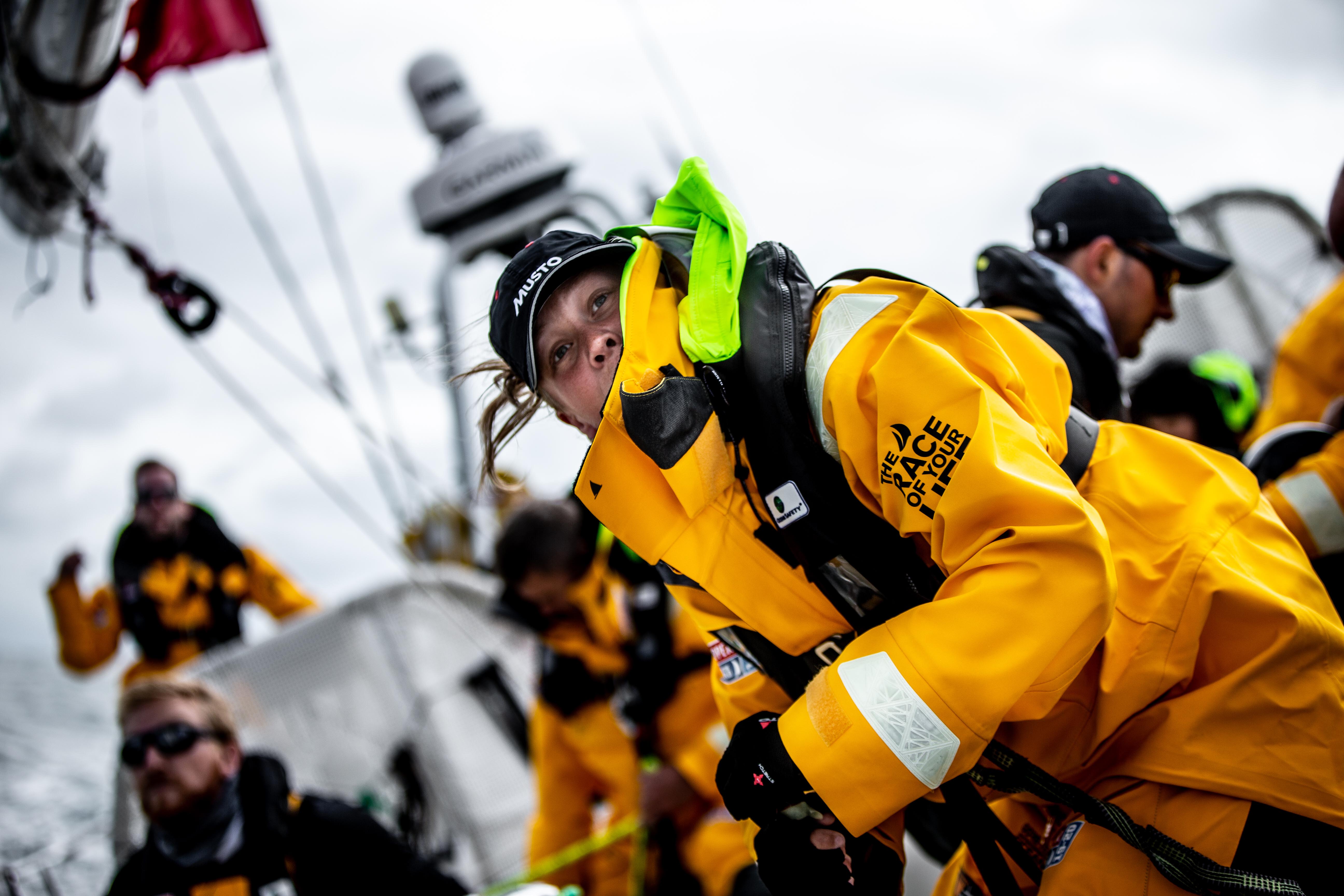 So, where’s Charlie now? Geographically, other than on the walls of London Underground and National Rail stations, Charlie has returned to live on the South Coast of the UK where she works for HM Coastguard. But mentally, Charlie is a million miles apart from the woman that first embarked on the 40,000 nautical mile endurance race in the summer of 2017.

Charlie explains: “The main thing I took away was that I gained a lot of confidence on the race. My friends have commented that I just look different. My mum actually told me that I’ve weathered and aged on the race which is really nice! But I have more confidence within myself and I think that shows.”

“When racing, it doesn’t matter what you look like, what size you are, what your job is or where you are from. When you’re hoisting a spinnaker and you’re sweating over everyone, it’s just life and that is very freeing, all your inhibitions seem to disappear. They creep back a bit when you come back to reality – you start to think perhaps sweating over your colleagues in a sports bra isn’t as acceptable for land-based life! But a lot of it stays.”

The realisation came for Charlie when she gained a promotion at work after the Clipper Race. She explains: “Whilst others were more worried and anxious about the process, formed of an exam followed by online assessment and interview, I was far more laid back than I otherwise would be. I have become more accepting of the ‘if it is meant to be, it will be’ mindset and it paid off. And I do put that down to my experience of competing in the Clipper Race.” 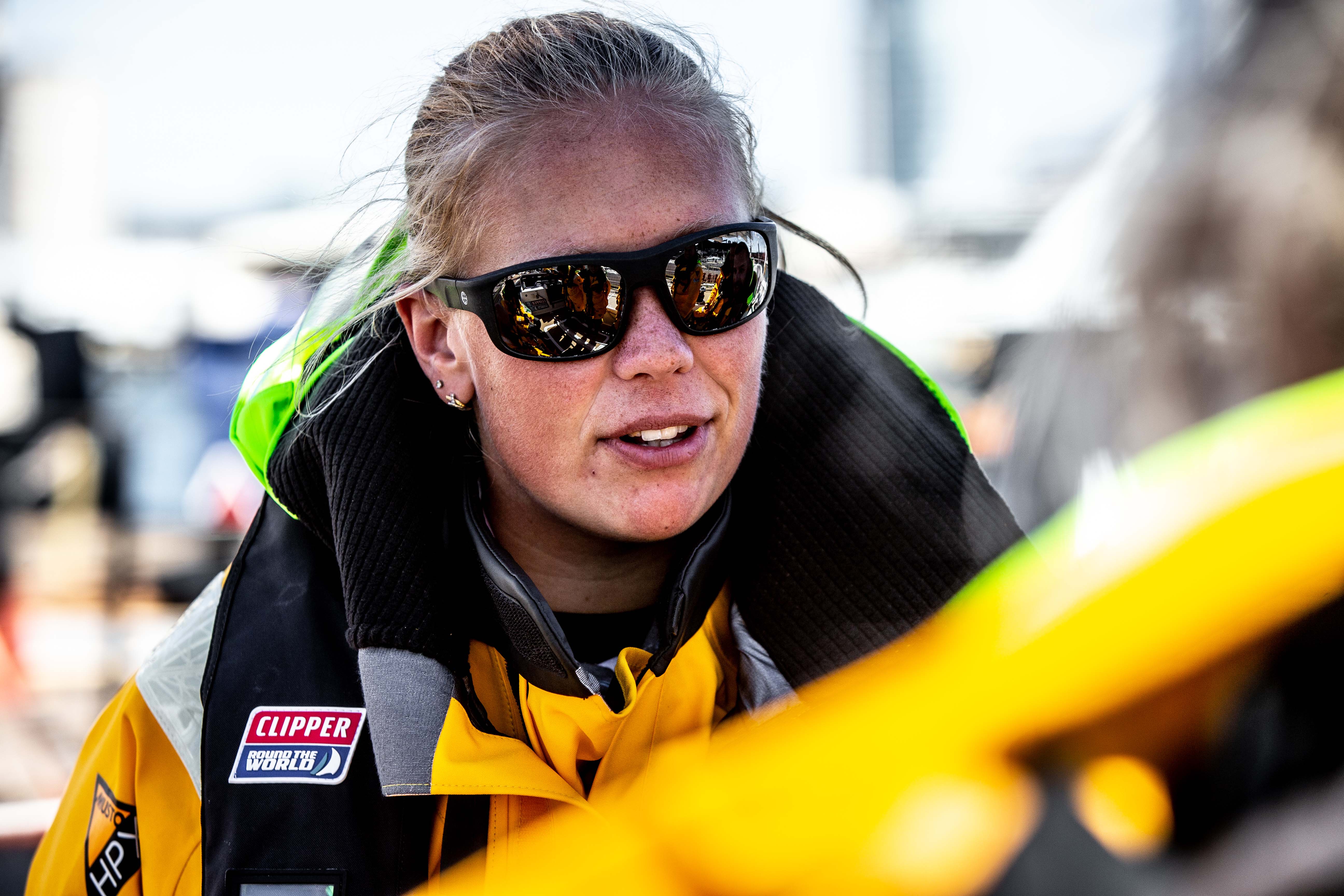 Charlie’s sailing spark had ignited some time before she embarked on the Clipper Race, but the epic circumnavigation certainly took it to the next level. On her passion for life at sea, Charlie says: “I love the freedom and sense of escape that you have when sailing. You get on a boat and disconnect into a bubble. Even if I am just going out for the weekend, my friends have got used to the phrase ‘on a boat, speak when I am back’ on Whatsapp and know that I will probably only reconnect when I am back on dry land! I have very understanding friends!

“Also, when you are out on the water you have a funny mixture of control; you can easily manage how much contact you have outside your bubble, yet at the same time you’re very much in the hands of Mother Nature and whatever conditions she throws at you. In that sense, you have very little control at all.”

For Charlie, a pivotal moment came during Clipper Race Training, but was only realised at the end of the Clipper Race journey some 18 months later. Charlie explains: “I was completing my Level 3 training with Hannah Macleod, a former Team GB Hockey player who raced on board GREAT Britain. I remember her being really interested in my motivations for signing up for the race and at the time I thought I was just doing it to develop myself and try something new.

“But I kept remembering her words to me which were ‘you have to have a mantra to live by on the race to get you through’ so I kept asking myself what this was going to be, what was my mantra to get me through? And then I was on the race and I still didn’t have a mantra and I actually only found it when I got back! And after I returned, it came to me - what will be, will be.

“I’ve lived by that since and find I no longer stress by things out of my control. Sure, I can contribute to things which may influence the outcome but in work and personal life, I have found my mantra.”

If you see Charlie on the London Underground in the coming weeks, tag us in your posts on social media using @clipperrace and #wherescharlie to let us know where you’ve spotted her!

Want to push yourself to your limits in the toughest endurance test on the planet whilst seeing all corners of the globe? Click the button below to find out more about joining the elite group of people like Charlie who have circumnavigated the planet.

Clipper Ventures, the parent company of the Clipper Round the World Yacht Race, has bought one of the RYA’s leading…

This year has been one to remember here at the Clipper Race. Records were broken, oceans crossed, and hundreds of people from all over the world completed what is one of the toughest ocean endurance challenges on the planet.Before we begin the new year, one…

The accolades keep coming for history making Clipper Race Skipper Wendy Tuck, who has been awarded an Honorary Fellowship by…

Quebecan Clipper 2017-18 Race crew member Simon DuBois, who raced around the world on board the Visit Seattle team yacht,…