​VIEW FROM BEHIND THE LENS: BRENDAN ESPOSITO

Covering the action of a Clipper Race stopover is an important job. With so many events going on from dawn to dusk, and so many people and moments to capture, it takes someone with a special eye, and plenty of stamina, to get it right.

As we travel around the world, the Clipper Race media team seeks out resilient local photographers to work with in each stopover port, and in Sydney we struck gold.

We had hired Australian newswire AAP who sent along Brendan Esposito, on his first assignment in his new freelance gig after taking redundancy following more than 24 years as a full-time photographer, and more lately Chief Photographer, for the Sydney Morning Herald newspaper. 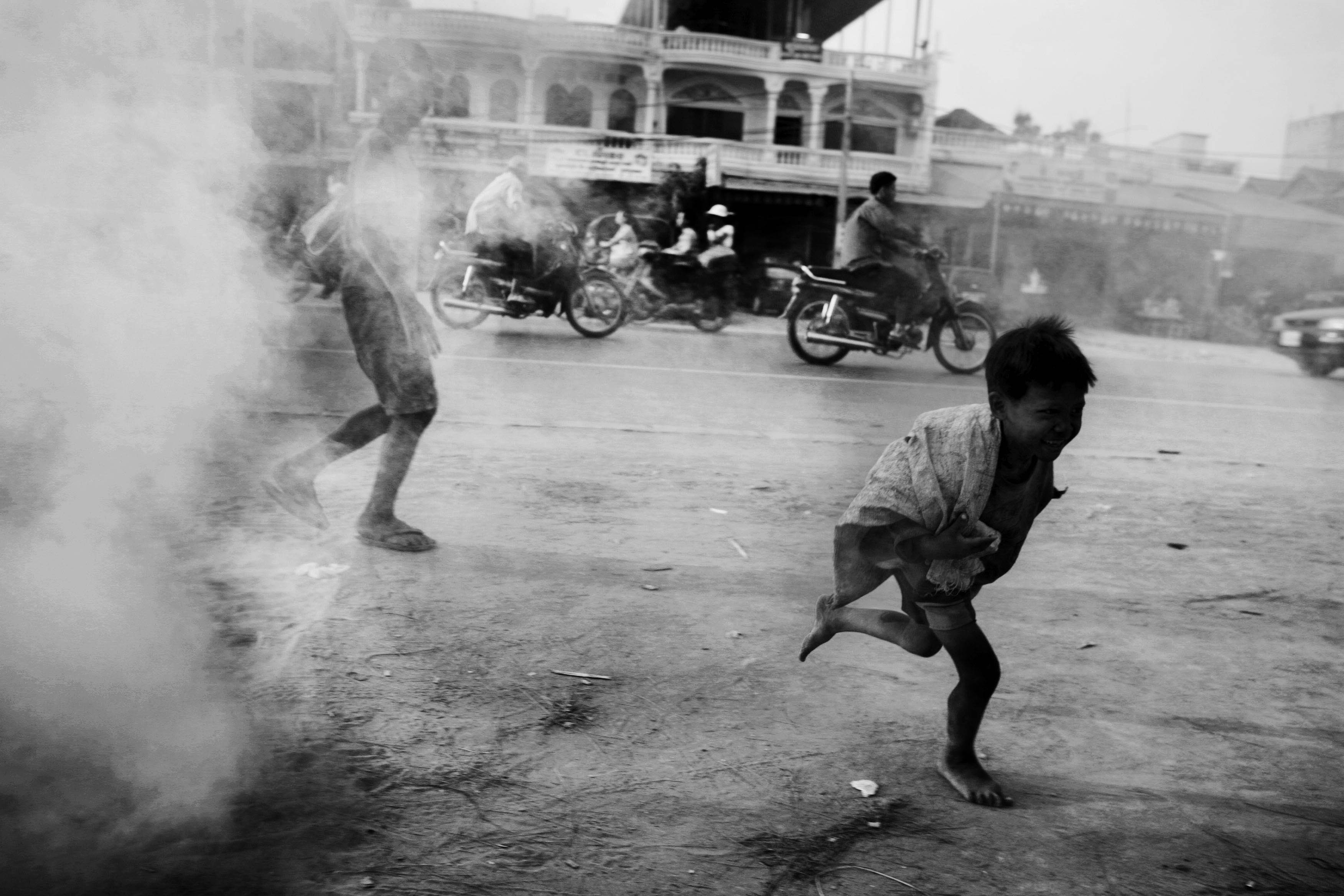 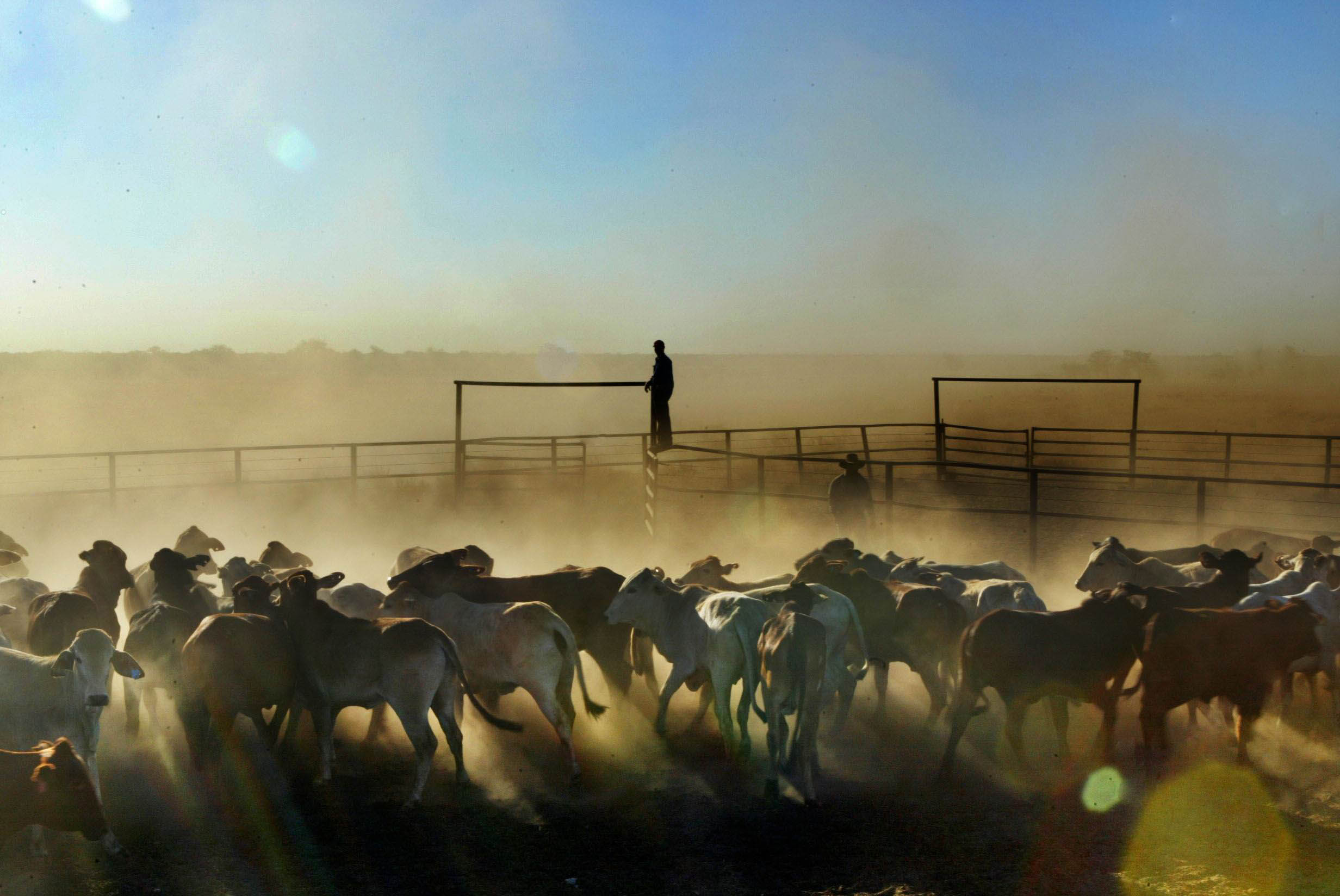 Brendan explains: “The recent Clipper Race arrival in Sydney was my first assignment after going freelance. I’d heard about the race and remembered it from two years previous but I hadn’t covered it myself, or much other sailing before other than shooting the Sydney to Hobart race from a chopper.”

Talking through his first shift, he says: “I remember when Olivier, the French Skipper of LMAX Exchange arrived into port in first place, and I thought, what a salty old sea dog this guy is. He and his crew looked so weather beaten and all I thought was great portraits, this is going to be fun. And then I realised how darn hard the race team works because the hours were enormous in Sydney and we worked all through the night covering the different team arrivals for the first few days. But it was exciting and turned out to be the start of a great new adventure for me.”

During his colourful career, father of five Brendan, who wanted to be a jockey at a young age and was then a nurse before finding his calling in photography, has won major accolades for his work. They include the 2014 News Photographer of the Year at the Australian Newspaper Awards, the 2013 Nikon Walkley portrait Prize and the 2008 Head On portrait Award. 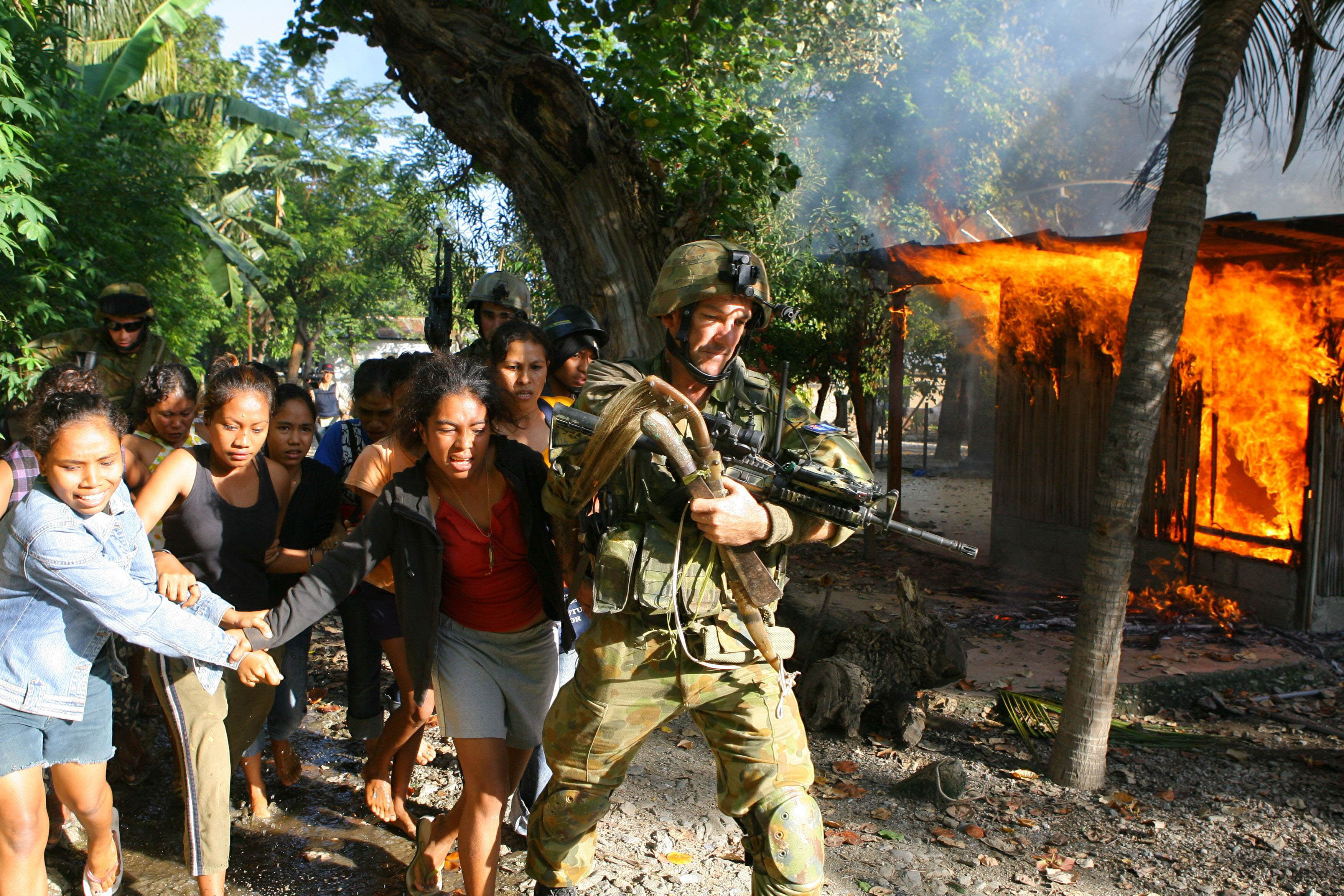 Over the years Brendan has covered all the big events including two Olympics and a Commonwealth Games, the Ashes, Royal and Presidential visits including following the Queen, Pope John Paul II, and Princess Diana twice in Australia, and fashion names and icons such as Michael Jackson and Clint Eastwood. He has been sent on special assignments to Vietnam, India and documented bloodied bodies of the soldiers in war torn East Timor, and humanitarian tragedies including tracking the persecuted Junta people being taken across the border from Myanmar into Thailand. He has also been at the epicentre of numerous volatile humanitarian situations including the devastating after-effects of Typhoon Haiyan in the Philippines. 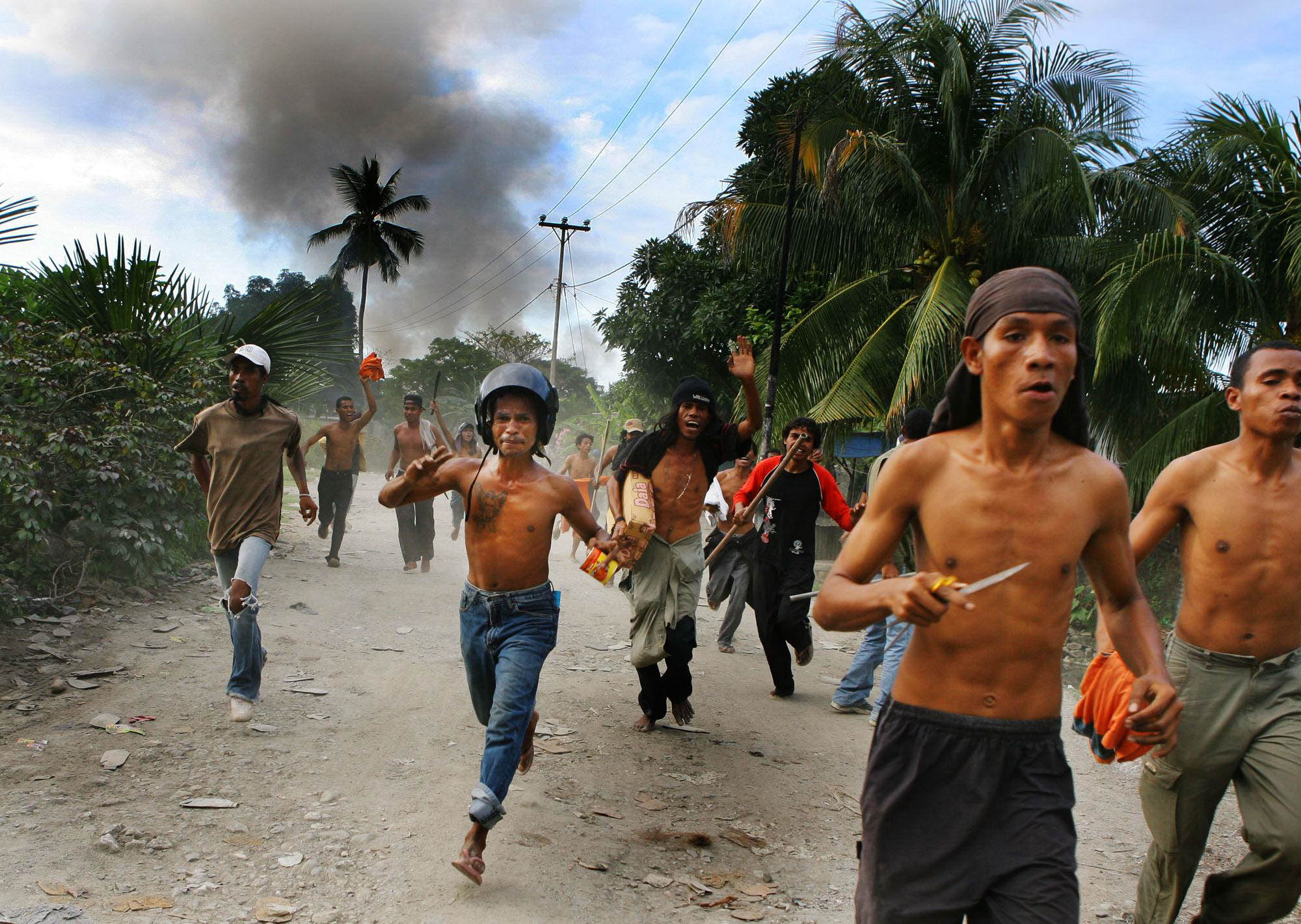 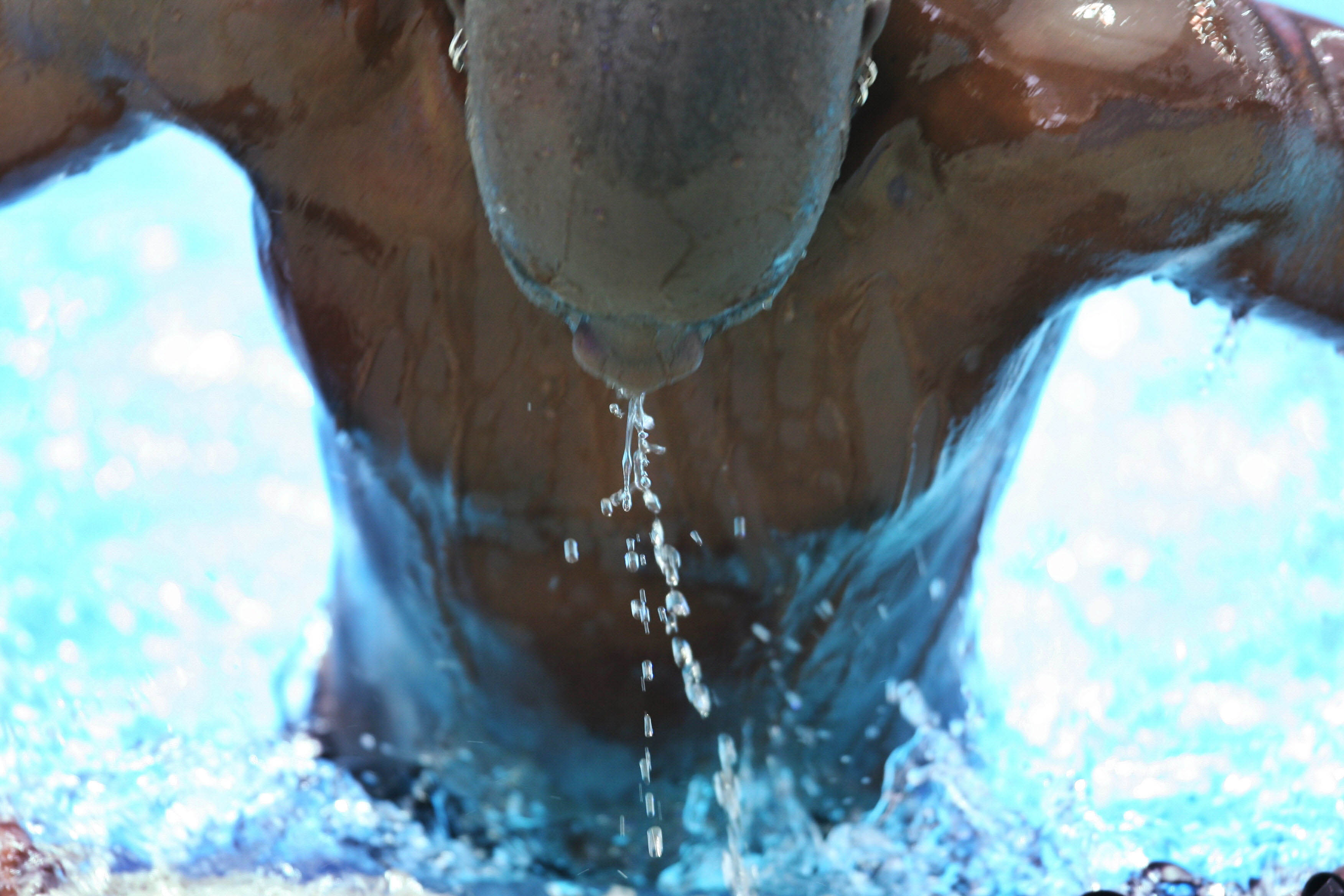 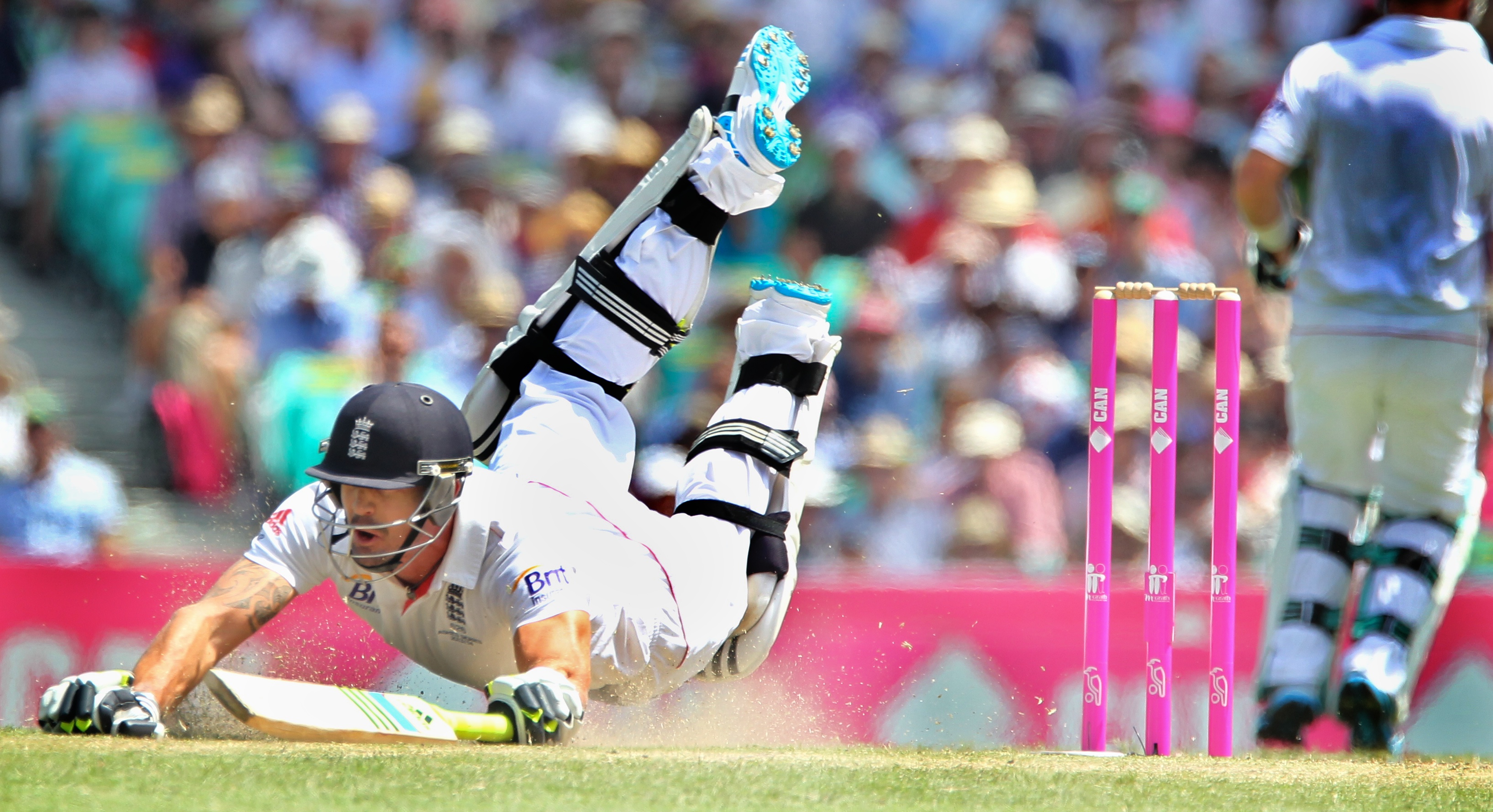 After fitting in well with the Clipper Race crew and media team in the lead up to the Sydney Hobart Race, Brendan made it clear he was interested in more. Having worked in Vietnam previously, and knowing the media team needed someone they could rely on and work easily with in a new stopover location, he cut a deal to re-join the media team for their first visit to Da Nang.

On what he finds most interesting about working on the Clipper Race, Brendan explains: “There are many layers to photographing the Clipper Race. It’s incredibly diverse. Though the subject matter remains the same, i.e. the sailors and the boats, you’ve got all these different timelines and events and different personalities to capture.

“Working for the Clipper Race is almost like working for the newspaper again. We have morning planning meetings with the media team and you have tight deadlines, to meet social media, PR and sponsor requirements, and you need to get pictures edited quickly for the supporters and family who are following the race.

“I like the diversity of the people, the crew. I enjoy meeting and working with people from all walks of life and I like to communicate. Photography is all about communication, and you need to win people’s trust quickly to get the most out of them. The crew don’t know you when you first turn up and after they’ve been at sea for 31 days the last thing they want is someone sticking a camera in their face and asking them to smile. So it’s a lot about building trust and understanding what they’ve been through and then allowing them to let me come into their life to get the best photo stories out to the public who are waiting to see them on the internet.”

What aspects of the stopover in Da Nang did Brendan find most challenging? “The night time parade on the Han River was a big moment. It was an important one for the city and for the Clipper Race as a lot of work had gone into organising it. But it was also a challenging shot technically as you are shooting in darkness, and you needed to balance the boat illumination, and also the bridge, and be able to see both equally in the picture. Honestly it was pretty nerve wracking. We actually had to ask Wendo to circle around an extra time in front of the bridge as it was lit up blue the first time and that didn’t stand out. We had to wait until the Dragon Bridge went yellow again, I felt like my whole job in Da Nang came down to that one shot, and I was very relieved when I got it!” 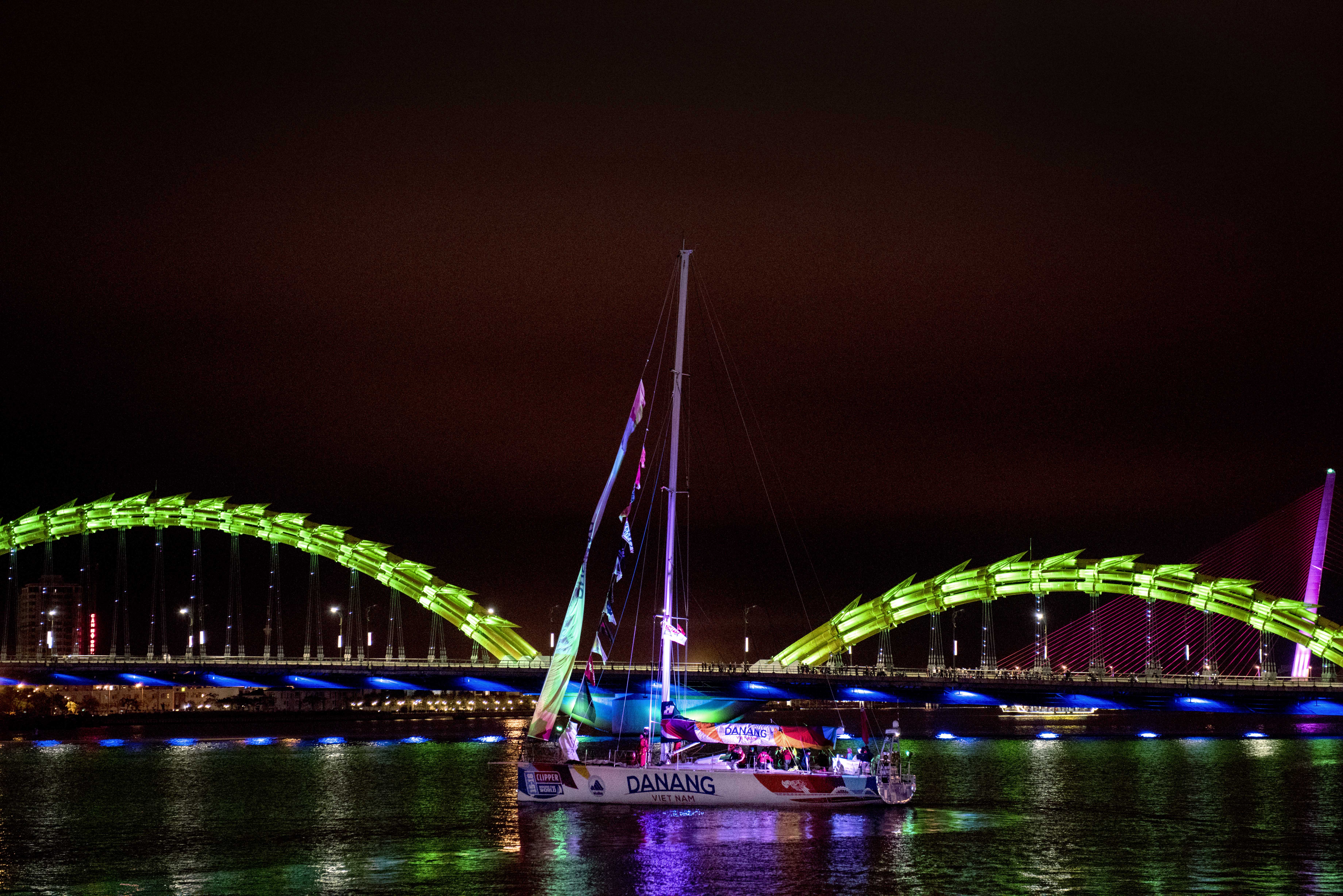 Could Brendan ever see himself getting on board one of the boats and photographing on-the-water? “I’ve seen some of the race footage from the documentary series and actually getting on board for is an exciting prospect as a photographer and someone who is passionate about visual language,” he says.

“I don’t know if it is beyond me as I’ve never tested my sea legs before but I think it could be an awesome challenge someday. I’m a little bit of an adrenaline junkie so it really appeals to me. I have a bit of history working in conflict zones and places people tend not to want to go to, and I think the challenge of meeting Mother Nature head on and documenting her roughest, toughest conditions in these remote oceans where the crew are the only people for hundreds of miles. That is exciting for me to think about.”

Asked what photography advice Brendan has been able to share with the crew after spending time with them over two stopovers, Brendan explains: “I spent some time early on in this stopover in a session with the Clipper Race media team and the crew, who capture images and vision and generally assist the organisation in documenting the crew’s on board experiences.

“The advice I gave them was to try and look for mini photographic essays throughout the different legs. I suggested documenting portrait style images which can be used as time lapses to show the changing faces of the crew members from start to finish of a race. So photographing a male and female crew member every day, in the same place, to see the change in their face, is different conditions. I think it would be really interesting to see the challenge, as told purely by people’s faces. Our most powerful communication tool. It would work well for the Pacific leg as it is long enough to really notice a big change. There would certainly be noticeable changes.”

Click here to see Brendan’s gallery of his favourite images from the Da Nang stopover.

And see more of his work on his website here.

Twenty thousand miles into the race and there are five months down, six to go. The numbers may be simple,…

The interesting thing about extraordinary people is they never lack the ability to surprise you. And that is why I…

Navigation: From the stars to satellites

Navigation has come a long way since the days of the first major explorers at sea who navigated using the sun and stars to find new territories. It wasn’t until the mid-18th century that the problem of longitude was solved either when John Harrison's timekeeping…

"It would have been nice if we had some time to ease into things."Skipper Dan Smith of Derry~Londonderry~Doire stares at…