"It would have been nice if we had some time to ease into things."

Skipper Dan Smith of Derry~Londonderry~Doire stares at the wind instruments in the nav station hoping for the wind to have eased enough to shake out a reef. The number spikes from 25 to 30 knots. "Ah, it keeps teasing me."

We've left the training race of Race 1 behind. Far behind. It's been 24 hours of racing and there has definitely been no option for easing into things. The conditions are the exact opposite of anything we experienced during the first race.

We've seen up to 35 knots of wind and sailed through the first night with three reefs, the Yankee 2 and the staysail. Crew are climbing the walls balancing themselves to adjust for the 45 degree angle. 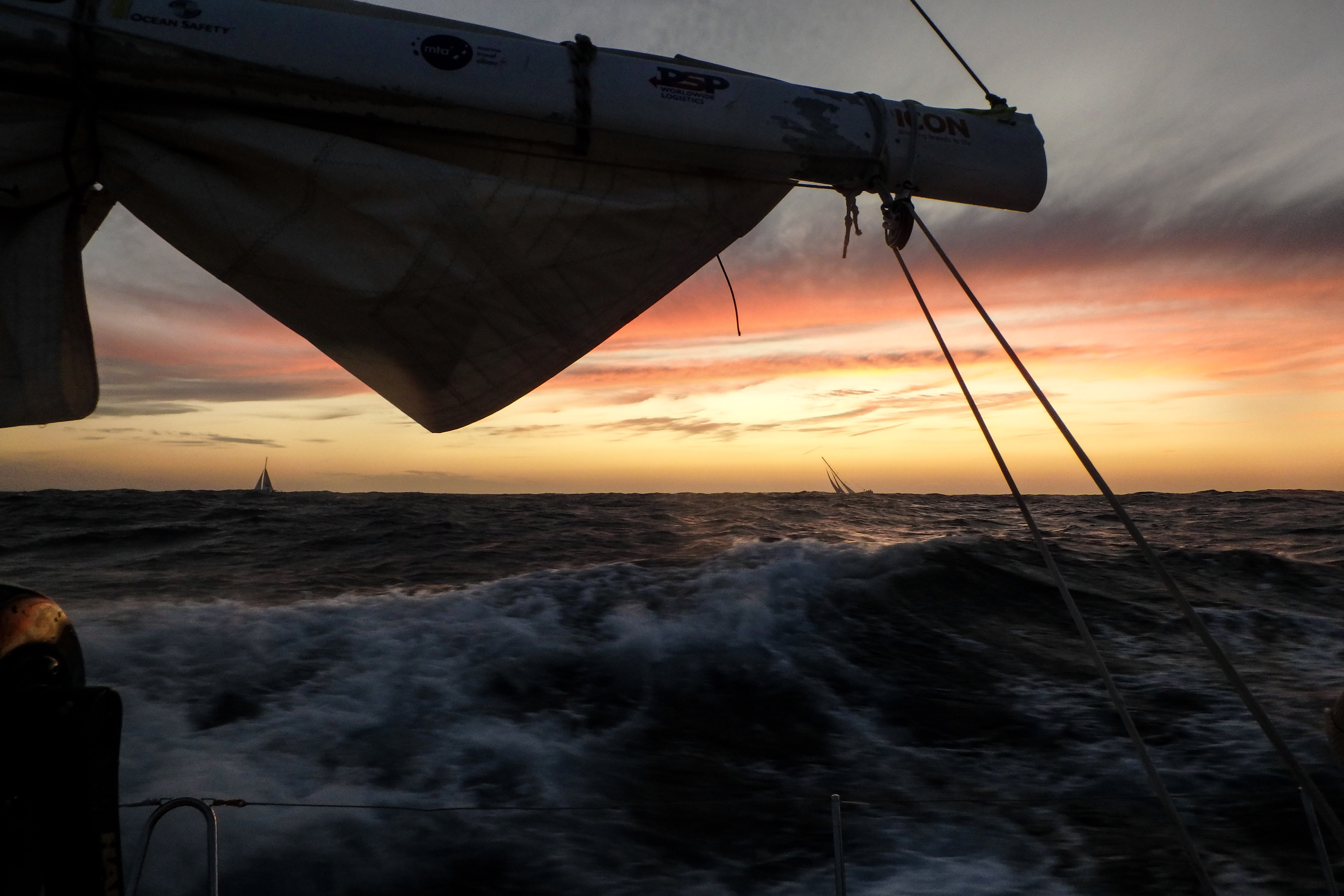 And it's wet. Very wet. Waves are continuously washing over the bow, pouring into the cockpit. With my job it's a double edged sword – the rough conditions are what we have been dying to shoot, but with big water, we risk killing the camera. Time to break out the water housings and the VIRB, Garmin's waterproof action camera.

I count the time between waves, hoping I can predict the next one to catch it perfectly on camera. Unfortunately, there's no exact science to it, catching me off guard no matter what and getting me soaked in the process.

The crew of Derry~Londonderry~Doire are an impressive bunch.

Nearly half have been stricken with some level of seasickness, but they work through the reef-ins, reef-outs, sail changes, mother duty, cleaning jobs, and emptying the bilges without a complaint.

Those up on deck don't say much outside of the sailing. "We're usually a more social bunch." Says Rob in between waves soaking us on deck.

"Just wait for the boat to flatten out more and you'll see."

The Race Viewer is the most addictive area of the race’s official website, clipperroundtheworld.com.With real-time updates on each of the twelve yacht’s positions every hour, the Race Viewer keeps friends, family and avid sailing fans up to date on the fleet’s progress throughout the…

The recent announcement of the twelve professional skippers of the Clipper 2015-16 Race was the culmination of an 18-month long process which has taken place to find the correct candidates.“Following more than 150 applications for the next edition of the race, these twelve skippers have…

As we continue our look behind the scenes at Race HQ, we hear from San Francisco-based photographer Abner Kingman who…