This was the biggest event yet in the eleven editions of the race; a total of 712 crew representing 41 different nationalities, including first-time appearances for Uruguay, the Cayman Islands and Peru, took part in the full 40,000 nautical mile, eleven-month circumnavigation.

There were also firsts in terms of Host Ports, with Punta del Este in Uruguay, and Sanya in China making their debuts on the global race circuit.

After being bid farewell by over 200,000 spectators at Race Start in Liverpool, the novice Clipper Race crew soon developed into true ocean racers as they crossed six oceans, including the world’s largest and most remote, the North Pacific, where teams faced 14 metre waves and hurricane force winds.

In a thrilling conclusion, it all came down to the thirteenth and final race. Three teams – Sanya Serenity Coast, Visit Seattle, and Qingdao – were in the running for the overall win and after a nail-biting homecoming race to Liverpool, Sanya Serenity Coast claimed the Clipper 2017-18 Race title, the first for a Chinese entry, by a mere four points over nearest rival Visit Seattle. The win was ground breaking for the sailing industry. Wendy Tuck received national global headlines as the first female skipper to ever win a round-the-world yacht race, and youngest ever Clipper Race Skipper, 25-year-old British Sailor Nikki Henderson of Visit Seattle, made it a one-two female finish in an additional win for women’s sport. 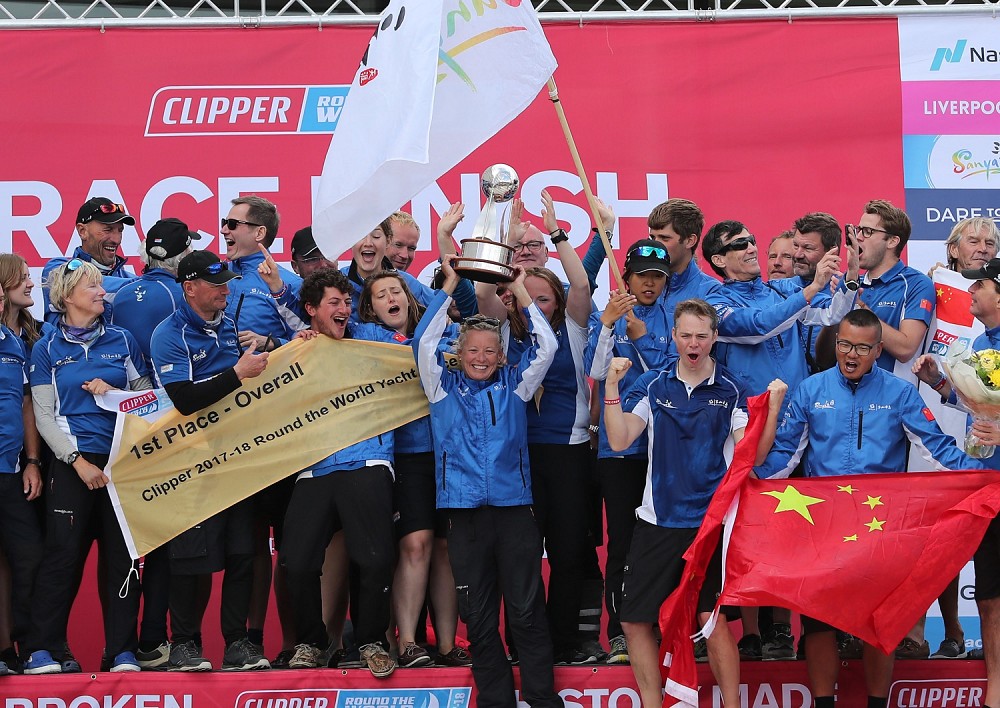