The All-Australian Leg 4 has been full of close finishes and competitive racing, and has also resulted in back to back line honours for Sanya Serenity Coast, and maiden podiums for Visit Seattle, HotelPlanner.com and Liverpool 2018.

The All Australian Leg 4 began when the Clipper Race fleet departed Fremantle, Western Australia, to great fanfare for Race 4: The Clipper Telemed+ Tasman Test on Saturday 2 December. Australian Skipper Wendy Tuck and Sanya Serenity Coast led the way across the start line in Fremantle Harbour, and remained in front all the way through the Southern Ocean and around Tasmania to finish in first place in her home port of Sydney on Friday 15 December. 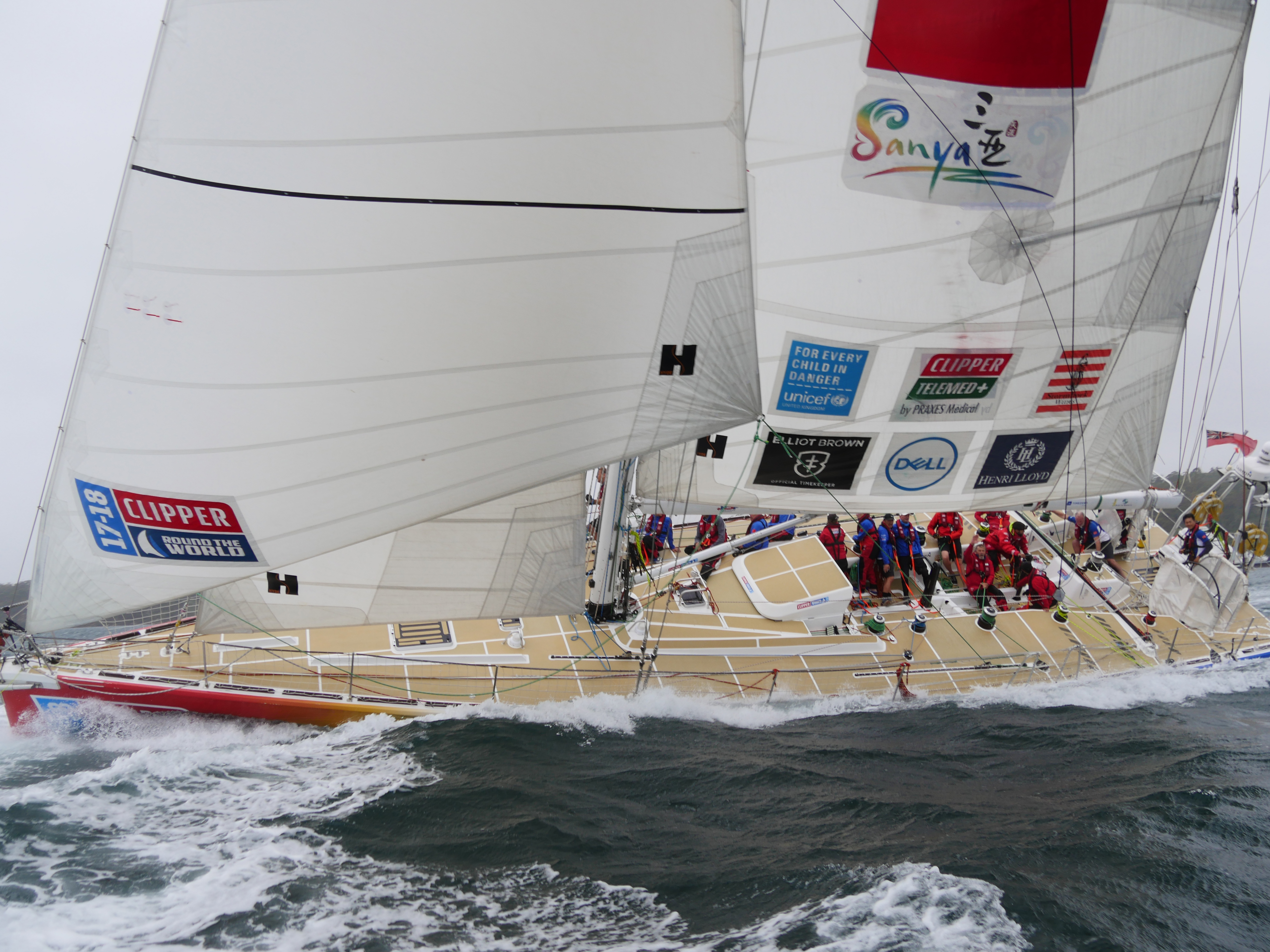 Visit Seattle, skippered by Nikki Henderson, finished less than 17 minutes behind Sanya Serenity Coast, to claim the team’s first podium of the Clipper 2017-18 Race, whilst Qingdao extended its overall lead with a third place finish.

There was more excitement to come on Sydney Harbour. Despite racing for 14 days and approximately 2,500 nautical miles from Fremantle, GREAT Britain and Nasdaq were neck-and-neck as they passed the Sydney Heads on Saturday 16 December. With the two teams matching each other gybe for gybe, it remained close right until the end, with not even the Skippers and crew able to determine who had made it across the line first. In the end, after careful examination by the Clipper Race Committee, it was declared a dead heat, with GREAT Britain and Nasdaq officially sharing eighth place.

Despite many thinking Sanya Serenity Coast Skipper Wendy Tuck would play her Joker Card for what would be her eleventh Rolex Sydney Hobart Yacht Race, none of the Clipper Race fleet opted to go for double points in the 630 nautical mile dash down the east coast of Australia to Hobart in Tasmania.

With 102 yachts, including supermaxis Wild Oats XI and Comanche, taking part in the 73rd Rolex Sydney Hobart Yacht Race, the race start on Sydney Harbour was a busy and colourful affair. Sir Robin’s Invictus Games Sydney 2018 GAME ON was the first out of the Clipper 70s and 68s across the start line, though PSP Logistics had two early wins in the iconic Bluewater Classic, with the team first around the mark and also first out through the Sydney Heads.

The north-easterlies meant the teams flew down the coast and remained close together for most of the journey. It was a thrilling finish into Hobart on Friday 29 December, with Sanya Serenity Coast Skipper Wendy Tuck using her rich experience of the River Derwent to beat Garmin across the line by less than three minutes, whilst Nasdaq was only another two minutes behind. 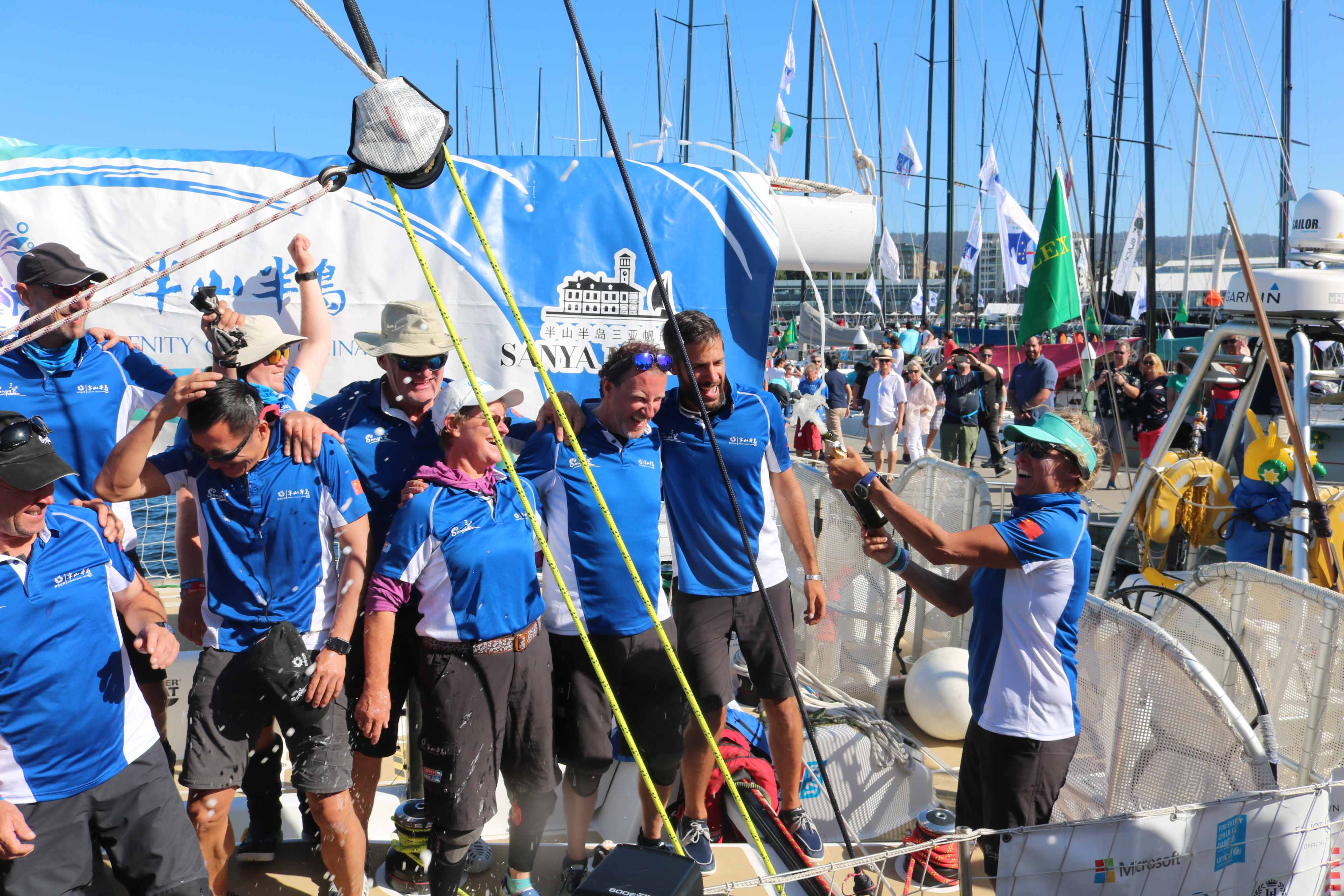 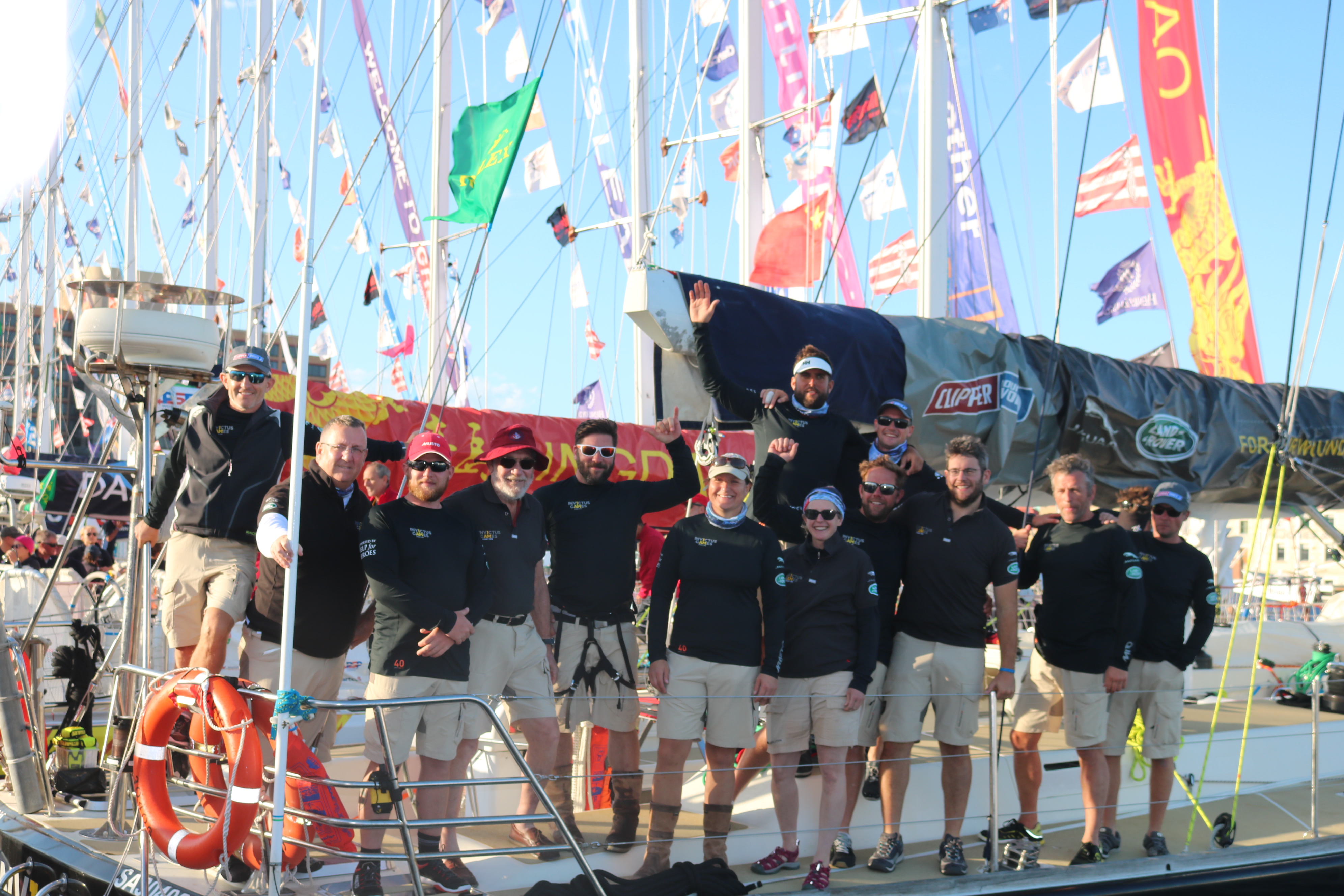 HotelPlanner.com was the second last of the Clipper Race fleet to cross the line in Hobart but was later granted a redress of 120 minutes by an international jury organised by the Rolex Sydney Hobart Race Committee for going to the assistance of another competitor shortly after race start.

At approximately 1700 local time (0600 UTC) on Tuesday 26 December, HotelPlanner.com went to the assistance of another boat after being informed of a man overboard. The HotelPlanner.com crew successfully retrieved the man in the water within 15 minutes, and after the on board medical assistant determined he hadn’t suffered any injury, the crew member was returned to his vessel and both boats resumed racing.

HotelPlanner.com was not only awarded first place in the Rolex Sydney Hobart Yacht Race Clipper 70 Class, but the successful rescue also earned HotelPlanner.com the Rani Trophy for Most Meritorious Performance and a special mention from the Cruising Yacht Club of Australia Commodore, John Markos, at the official Prize Giving in Hobart. Wendy Tuck was also awarded the Jane Tate Memorial Trophy for being the first female Skipper across the line, an honour she also won in 2015, whilst Invictus Games Sydney 2018 GAME ON was presented with the Oggin Cup for being the first Armed Services yacht on corrected time. 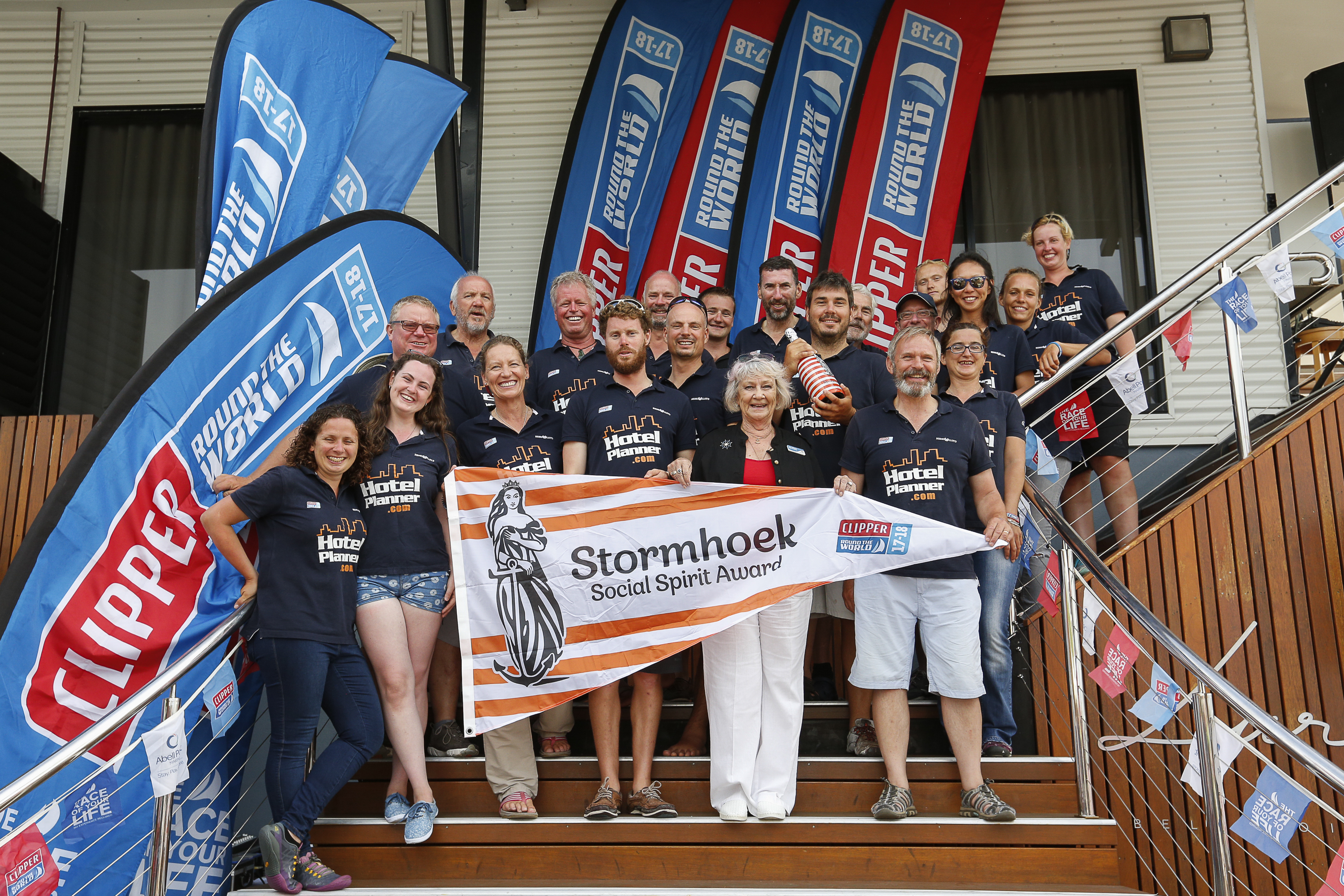 The third and final stage of the All-Australia Leg 4, a 1,600 nautical mile race from Hobart to the Whitsundays, began on Friday 5 January and quickly turned into one of the toughest races of the Clipper 2017-18 Race so far. From the upwind slog up the southeast coast of Australia, to Southerly Busters in the waters off Queensland, which resulted in 80 knot winds and a lightning strike to Qingdao, Race 6: The Wondrous Whitsundays Race tested both the skill and character of the Clipper Race crew.

Only seven nautical miles separated Visit Seattle, PSP Logistics, Sanya Serenity Coast, and Liverpool 2018 on the eleventh and final morning, and whilst it was close right until the end, Visit Seattle held on to claim a maiden victory and second podium for the All-Australian Leg 4. 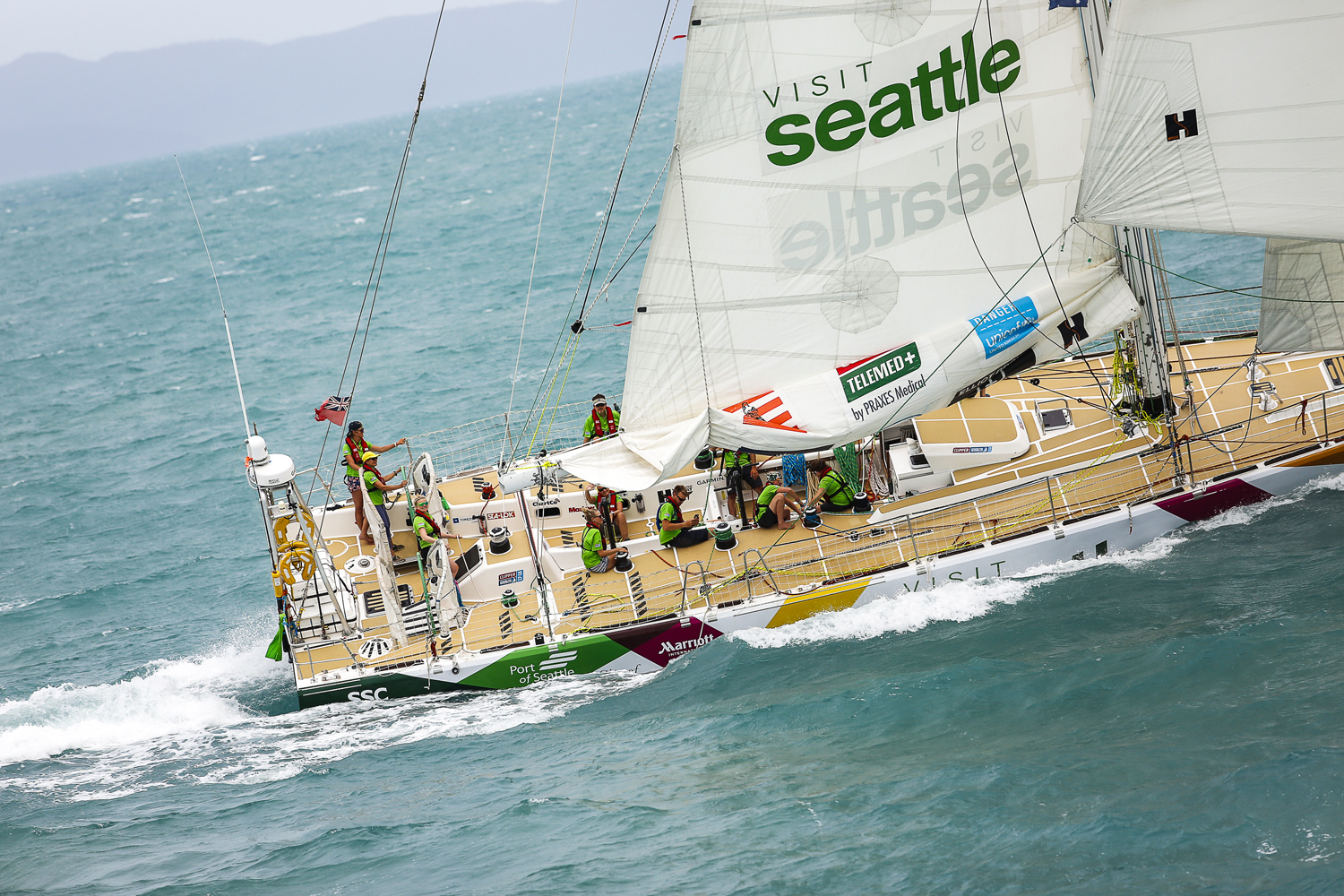 Liverpool 2018 was the fourth team across the line but after the Clipper Race Committee handed a six-hour penalty to Sanya Serenity Coast for breaching the two-nautical mile exclusion zone from all coastline, islands and off lying hazards in the course instructions, Liverpool 2018 was boosted into third place, the team’s first podium of the Clipper 2017-18 Race. 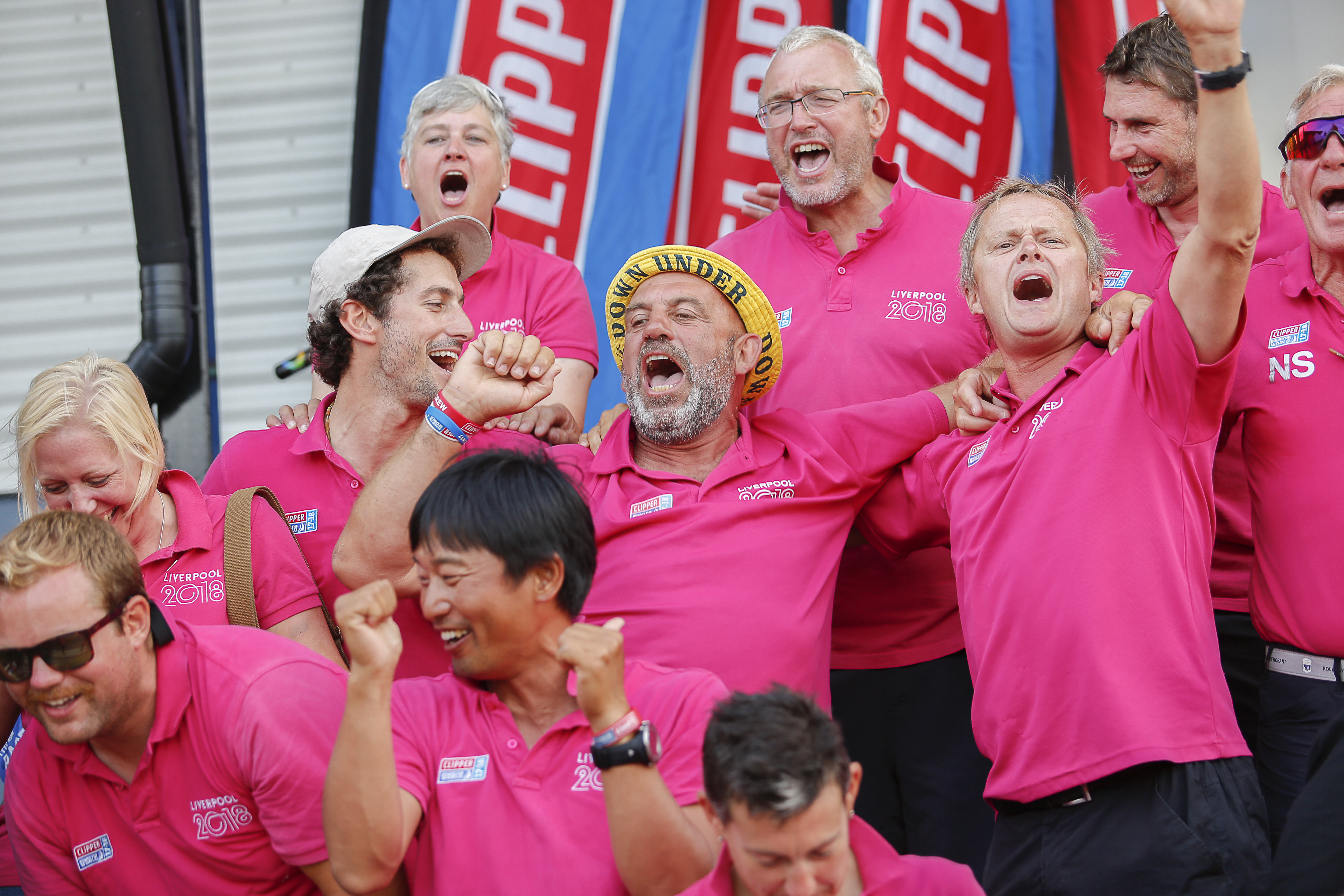 Sanya Serenity Coast officially finished Race 6 in eighth place, but after picking up three bonus points for crossing the Scoring Gate in first place, Wendy Tuck’s team will finish the All-Australian Leg on top of the overall standings. Sanya Serenity Coast is on 65 points, two points ahead of Qingdao, whilst Visit Seattle is in third with 60 points.

After enjoying a stopover in Airlie Beach, which will include the inaugural Whitsundays Clipper Race Carnival, the 5,954 nautical mile Asia Pacific Leg 5 will begin on Monday 29 January with a race from the Whitsundays to Sanya, with the fleet to then race on from Sanya to Qingdao.