After one of the most challenging races so far in the Clipper 2017-18 Race, Visit Seattle has held off a strong challenge from three other teams to chalk up a thrilling maiden victory in Race 6: The Wondrous Whitsundays Race.

Skippered by 24-year-old Brit Nikki Henderson, Visit Seattle crossed the finish line off the coast of Airlie Beach in the Whitsundays at 15:05:36 local time (05:05:36UTC), completing the 1,600-nautical mile sprint up the east coast of Australia from Hobart in eleven days. 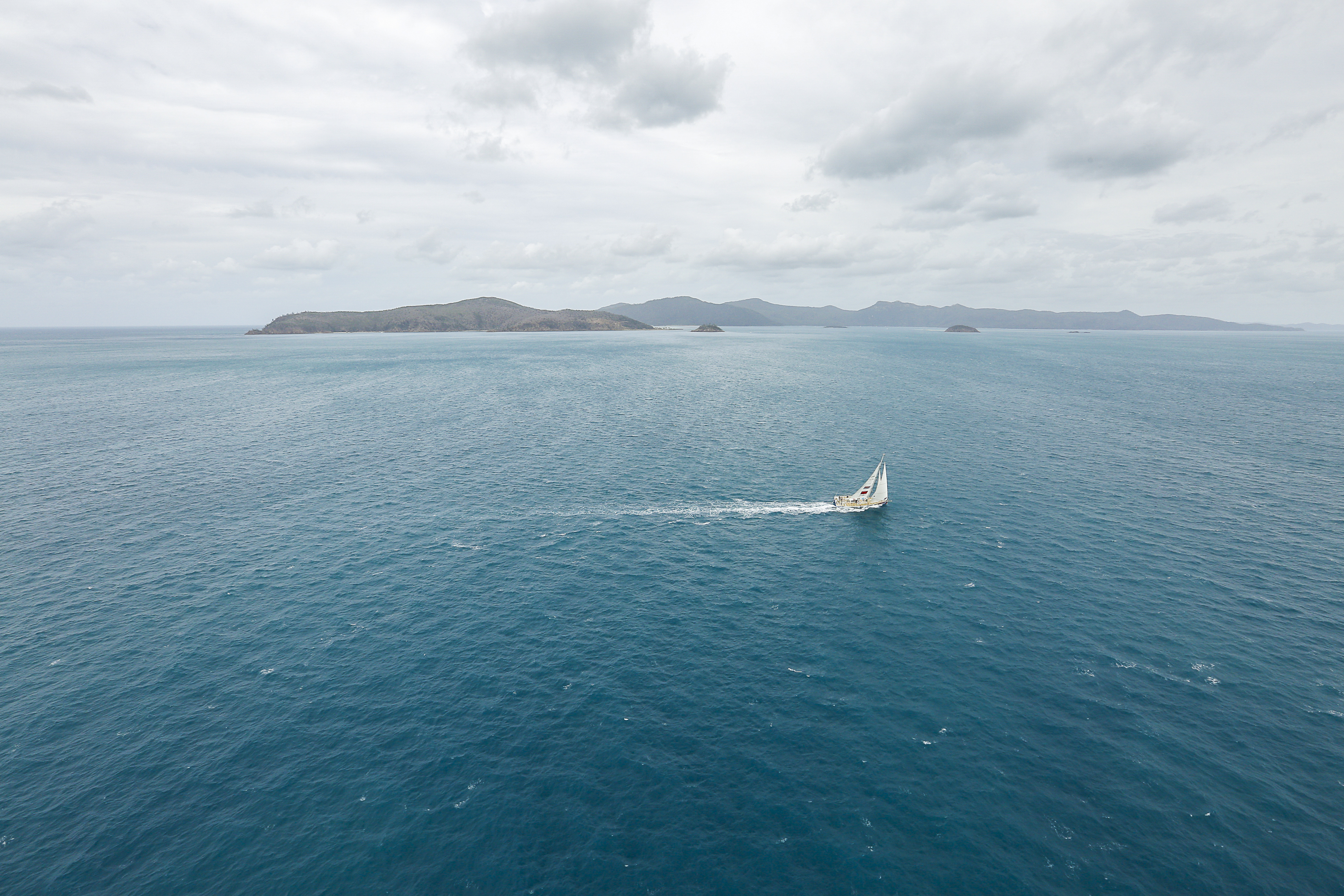 Arriving into Abell Point Marina, where the Clipper Race fleet will be berthed in the Whitsundays, Skipper Nikki said: “It’s such a good feeling. I’m finally a bit more relaxed than I have been during the last 48 hours. It’s been exhausting!

“This race has been really, really tough in so many ways. So many different types of conditions and sail changes. The tactics have been really hard but we pushed all the way through. The crew loved the Southerly Busters, it was exciting. We had experience of similar conditions in the past and we’re used to that kind of thing. The crew handled it really well.”

The Visit Seattle team had to work hard for the win. The eleventh and final morning at sea saw Visit Seattle off the coast of Mackay and just 5 nautical miles ahead of the second placed PSP Logistics. Sanya Serenity Coast was only another mile astern, with just 7 nautical miles separating Visit Seattle from the fourth placed Liverpool 2018.

Round the world crew member Marek Omilian says: “It was phenomenal race. Phenomenal. Quite long because of the heat but it was very good sailing and a well-deserved victory. We were quite prepared for the weather because we faced some similar conditions during Leg 1 to Punta del Este and we were also very well prepared with Nikki’s leadership.” 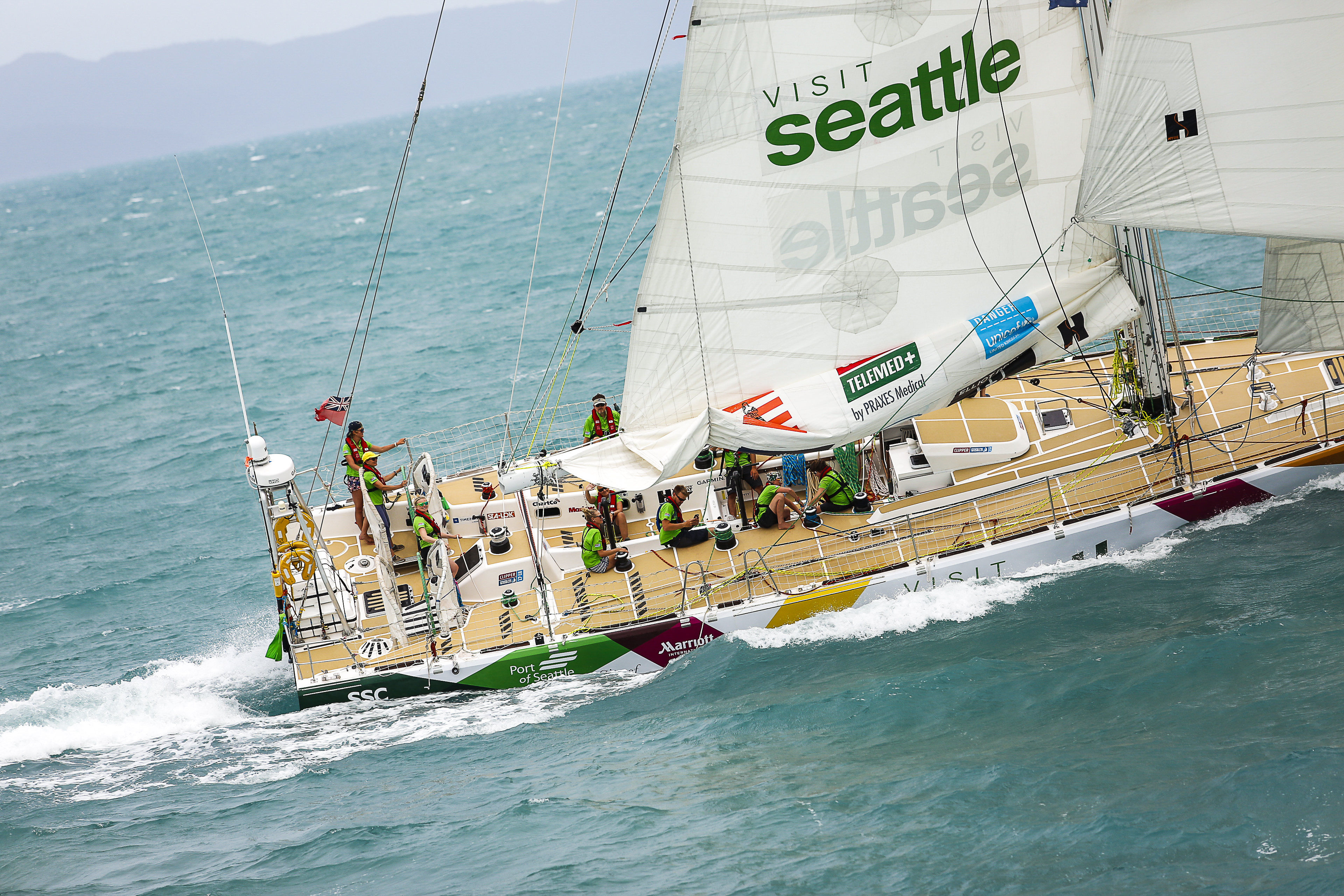 From the start, Race 6: The Wondrous Whitsundays Race seemed destined to go well for Visit Seattle. The team was second across the start line in Hobart, and closely tailed the leading Sanya Serenity Coast as the fleet headed up the Derwent River.

Despite the tough upwind slog from Tasmania, and up the southeast coast of Australia, followed by the arrival of the infamous Southerly Buster in the waters off Queensland, Visit Seattle worked its way into first place by day 5 and remained in the top four for the remainder of the race.

The win caps off what has been a brilliant All-Australian Leg 4 for Visit Seattle. The team achieved its first podium after finishing a close second behind Sanya Serenity Coast in the opening race from Fremantle to Sydney. Visit Seattle also picked up Scoring Gate bonus points for a third time after being second through the gate in Race 6.

“It is amazing what the Visit Seattle crew has accomplished as a team since they departed Liverpool in August of 2017.” said Ralph Morton, Executive Director of the Seattle Sports Commissioner.

“Skipper Nikki Henderson continues to show strong leadership. She has built a close bond among the crew and emphasized the importance of every team member. Whether facing high winds or no winds, lightning or clear skies, Visit Seattle is sailing in style, racing at the front of the pack and more importantly, having experiences of a lifetime.”

Tourism Whitsundays Sales & Marketing Manager Tash Wheeler, who was down on the pontoons to greet the teams into Airlie Beach, said: “It is absolutely fantastic to see a female skipper win the inaugural Wondrous Whitsundays Race and for one so young to pull off this feat is incredible.”

“What better place to win your first race than the beautiful Whitsundays! We are very excited to be showcasing the region to the Clipper Race crews, their families and friends, and hope they can take in as much as possible while here, including world famous Whitehaven Beach and Hill Inlet, and of course the Great Barrier Reef, including the iconic Heart Reef, visible only from the air and only in the Whitsundays.

The Whitsundays Clipper Race Carnival will include a long table lunch on the pure white silica sands of Whitehaven Beach, regularly voted as Australia’s most beautiful beach, a progressive regional lunch, rodeo in Bowen, and a welcome street party on the foreshore of Airlie Beach. For more information or for bookings, see the Whitsundays Clipper Race Carnival Website.

The fleet has continued to face frustrating conditions on Day 8 of Race 6: The Wondrous Whitsundays Race, with teams struggling over the end gate of the Elliot Brown Ocean Sprint. The final result will be announced once all teams complete the course, which is…

On Day 7 of Race 6: The Wondrous Whitsundays Race, the Elliot Brown Ocean Sprint has turned into a marathon…