The crew of Liverpool 2018 arrived into Airlie Beach in jubilant spirit this evening after claiming their first podium result of the Clipper 2017-18 Race. 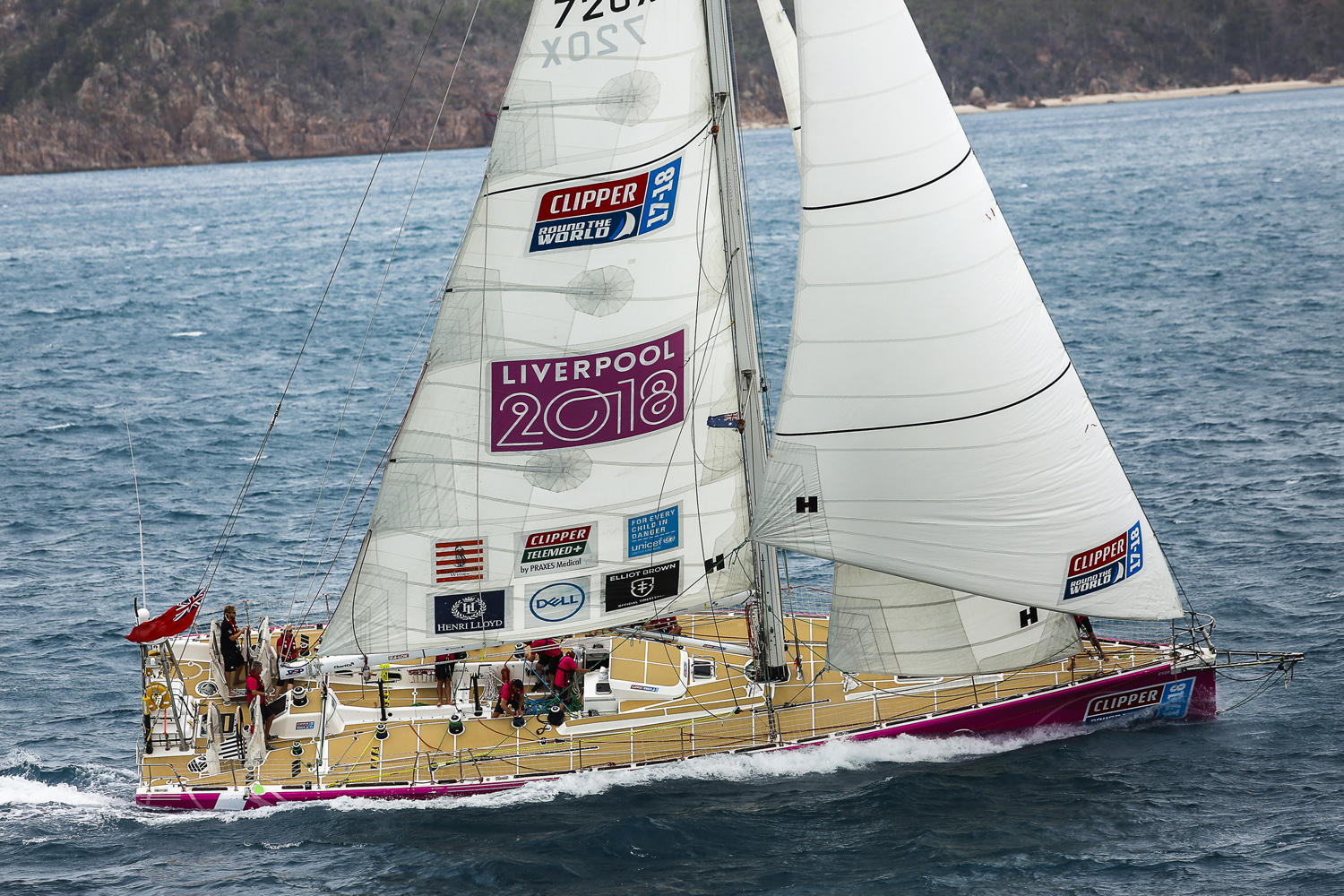 Skippered by Lance Shepherd, from Blackpool, Liverpool 2018 crossed the finish line off the coast of Airlie Beach in the Whitsundays at 15:51:44 local time (05:51:44 UTC), as the fourth team to cross the Race 6: The Wondrous Whitsundays Race finish line. However, Sanya Serenity Coast, the third team across the line, was handed a six hour time penalty, meaning Liverpool 2018 will officially claim third place on the podium.

On the result, Skipper Lance says: “That was challenging, very challenging, it was a very technical race but it was good, very good!

“Coming into the finish here in the Whitsundays was very tight. It was unbelievably close; the pressure was really on. We were leading for a lot of the race, but then lost a couple of miles to two boats.

After emerging from Stealth Mode in first place on Day 8, Liverpool 2018 jostled back and forth with Sanya Serenity Coast for the lead for three consecutive days, at times within close sight of each other.

The Culture Liverpool team has been celebrating the achievement, saying: “Since leaving the city’s world famous Albert Dock back in August, Lance and the team have been showing the world the spirit of Liverpool - getting stuck in and having fun.

“We’ve been watching the crew closely on the Race Viewer and shouting out their success whenever and wherever we can.” 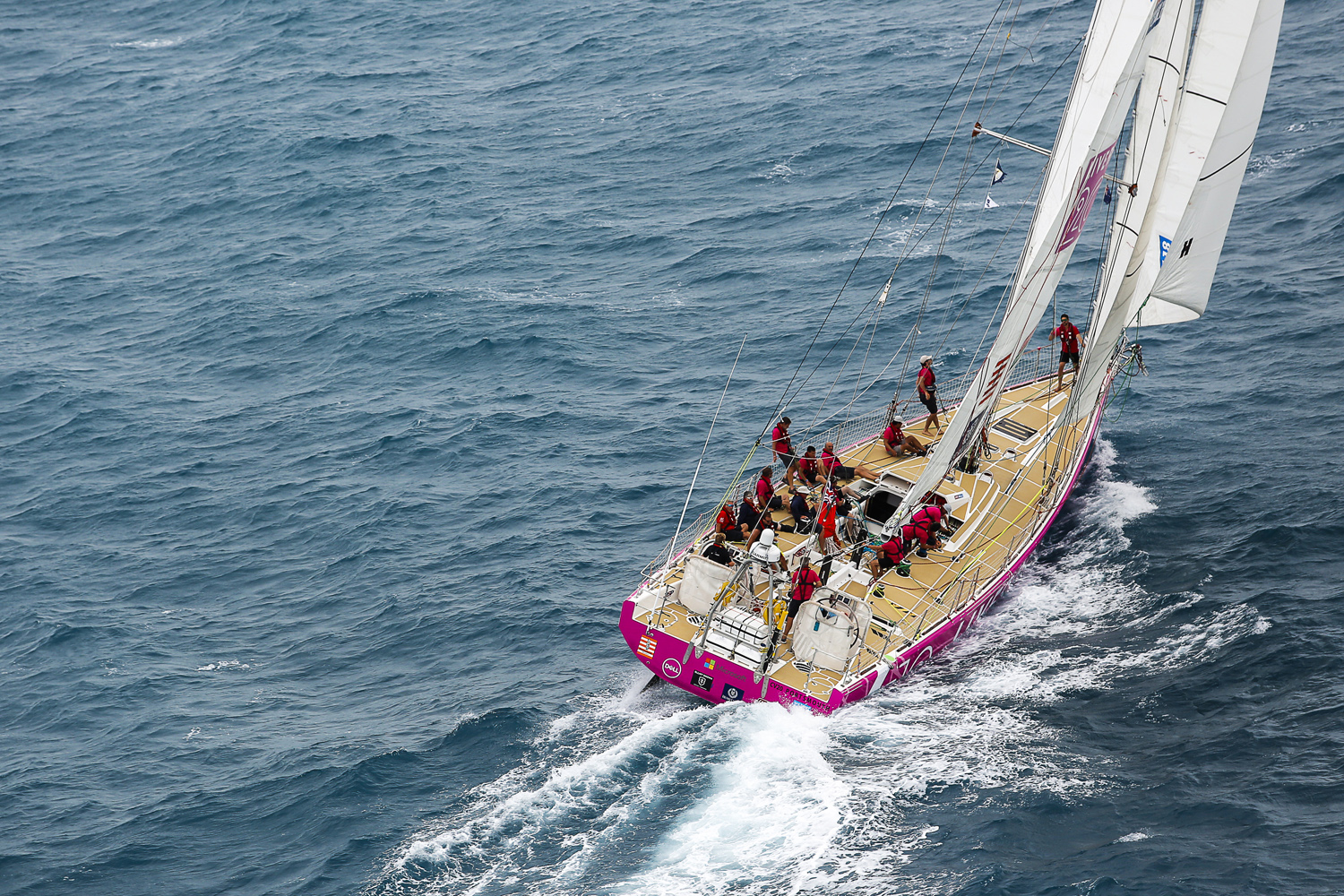 Just last night the team was in sight of winners Visit Seattle but suffered an unfortunate spinnaker drop, which saw it slip down three positions as it pushed for the finish.

Round the world crew member Nano Antia, from Punta del Este, Uruguay, explained: “We did our best, it was good. It was a good battle, but happy to be on land again! We were pushing the boat so hard during the final stretch that I was focused on the sails rather than looking around.

“It was very exciting to lead, lots of pressure, lots of adrenaline, holding first place. Then we had a big storm [the second Southerly Buster] and with the other teams sailing so well, we had to change sails and lost the lead there. Maybe next time!

“The team is very proud, very proud, and happy now! I don’t know anything about the Whitsundays yet, but I looking forward to exploring.”

The win is a huge turnaround for Liverpool 2018, whose previous best finish in the Clipper 2017-18 Race was fifth in the South Atlantic Leg 2 from Punta del Este to Cape Town.

Liverpool 2018 went into Race 6: The Wondrous Whitsundays Race in tenth place in the overall standings, and is yet to play its Joker Card.

Sanya Serenity Coast officially crossed the Race 6 finish line at 15:45:49 local time/ 05:45:49 UTC but with the time penalty applied, its official finish time will be 21:45:49 local time/11:45:49 UTC, meaning any team that finishes before this time will leap ahead in the standings. 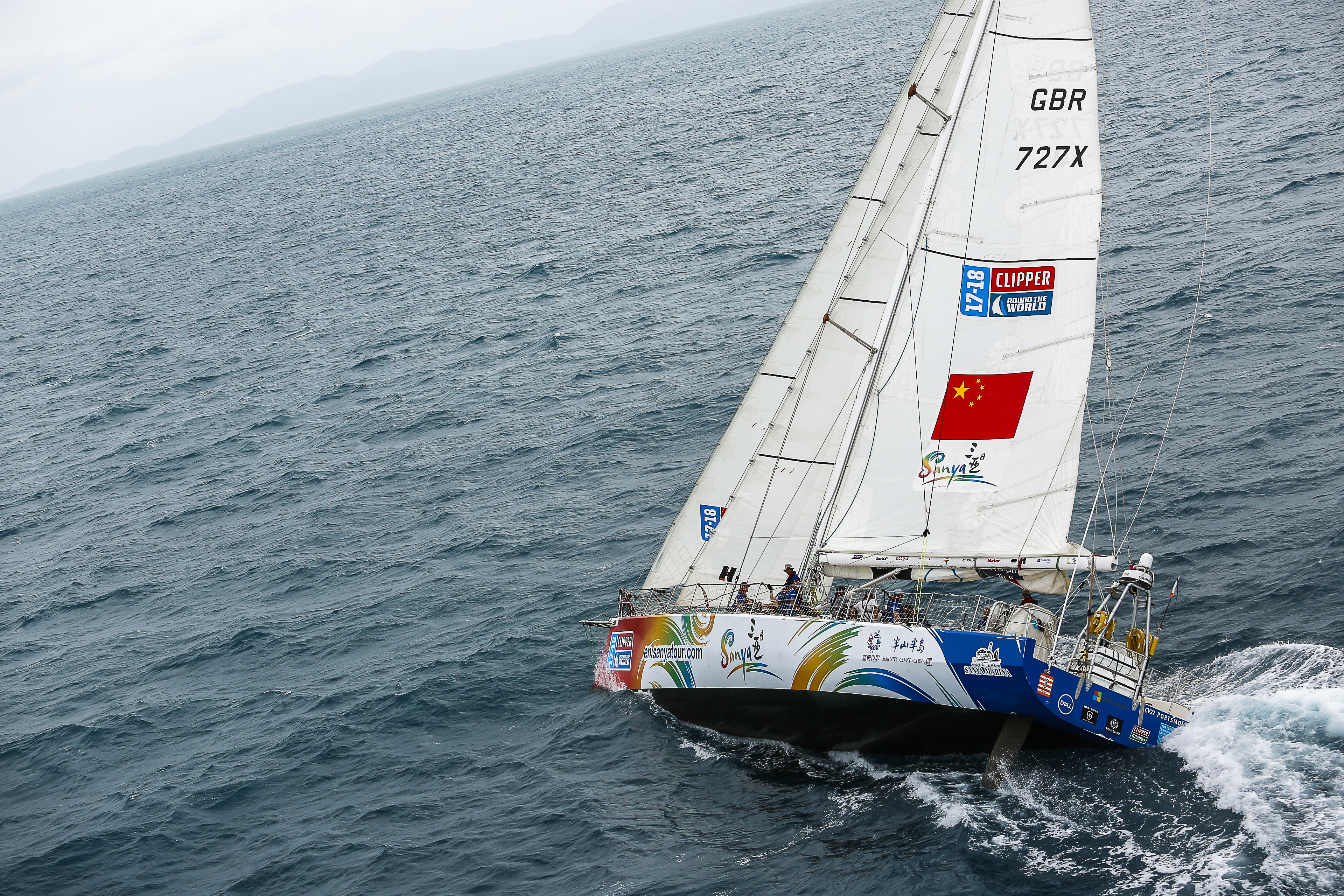 Crew member Catherine North, from Australia, said: “The race was up and down, but it was really good. The kite run coming in was amazing.

“The Southerly Busters were so fun. A bit of rain and big storms, and now we know what they’re like, we can get through them and we know it’s fine.

“The team is feeling ok [after the six-hour penalty], we just raced our race and now we are here.”

The Whitsundays Clipper Race Carnival will include a long table lunch on the pure white silica sands of Whitehaven Beach, regularly voted as Australia’s most beautiful beach, a progressive regional lunch, rodeo in Bowen, and a welcome street part on the foreshore of Airlie Beach. For more information or for bookings, see the Whitsundays Clipper Race Carnival Website.