Growing up in the country in Forbes, NSW, Australia, Computer Operator Daniel Clifton never dreamed he would one day be a part of the Clipper Race.

“I think the closest thing to sailing I ever saw in Forbes was a beer can regatta where people made rafts out of empty cans,” says Daniel.

“Most of those vessels sank with all hands on board so it didn't really inspire a great yearning for a life at sea.”

But in spite of this, the sailing bug did bite. And as fate would have it, Daniel crossed the path of a Clipper Race Alumni during his first taste of the sport.

“The skipper of the yacht was Piers Dudin, a former skipper and training instructor for the Clipper Race. During the course he mentioned the Clipper Race, and regaled us with some war stories.”

Daniel admits while the idea of undertaking a circumnavigation was daunting, it was one he couldn’t shake.

“I decided to have a look at the website and watched some of the videos from the race. It was the videos of previous race participants in the Crew Stories that really attracted me. You could see a light shine in their eyes when they are thinking about their experience and talking about the race.”

Daniel will soon be a part of that elite club, as part of the Clipper 2017-18 Race edition. As a circumnavigator he will be one of some 700 crew on 12 teams racing 40,000 nautical miles over eleven months.

From braving the long, rolling swells of the South Atlantic to becoming one of the few to conquer the enormous waves and storms of the North Pacific, the world’s largest ocean, the crew of the Clipper Round the World Yacht Race will see it all. And Daniel can’t wait.

“I haven't done a lot of traveling so I will also appreciate the different stops in ports of countries I've never been to. I'm sure I'll get a good taste for places that I'd like to get back to in the future. But for me, it's about the road less travelled and experiencing the world in a different way.”

To prepare for their global adventure, the Clipper Race crew undergo full ocean training across four weeks. Daniel has been undergoing his training at the Clipper Training Centre in Sydney Australia, and recently completed Level 3. We caught up with Daniel to find out how he is preparing for the race of his life.

What was the highlight of your Level 3 training?

Learning how to use the spinnakers has to be the highlight. I got a little taste of flying the spinnaker on my Level 2 but it turns out that was barely scratching the surface. We deployed and woolled the spinnakers multiple times without any dramas like wraps or hourglasses so that was positive, but I'm sure my luck probably won't hold out on that count.

That definitely has to be trimming the spinnaker. I've got a lot to learn about when to trim on and ease the spinnaker when the apparent wind speed and angle are changing, so a lot more practical experience is needed. It's clear to me that you need to learn to use your sense of touch and feel the angle and speed of the wind to effectively sail the yacht. 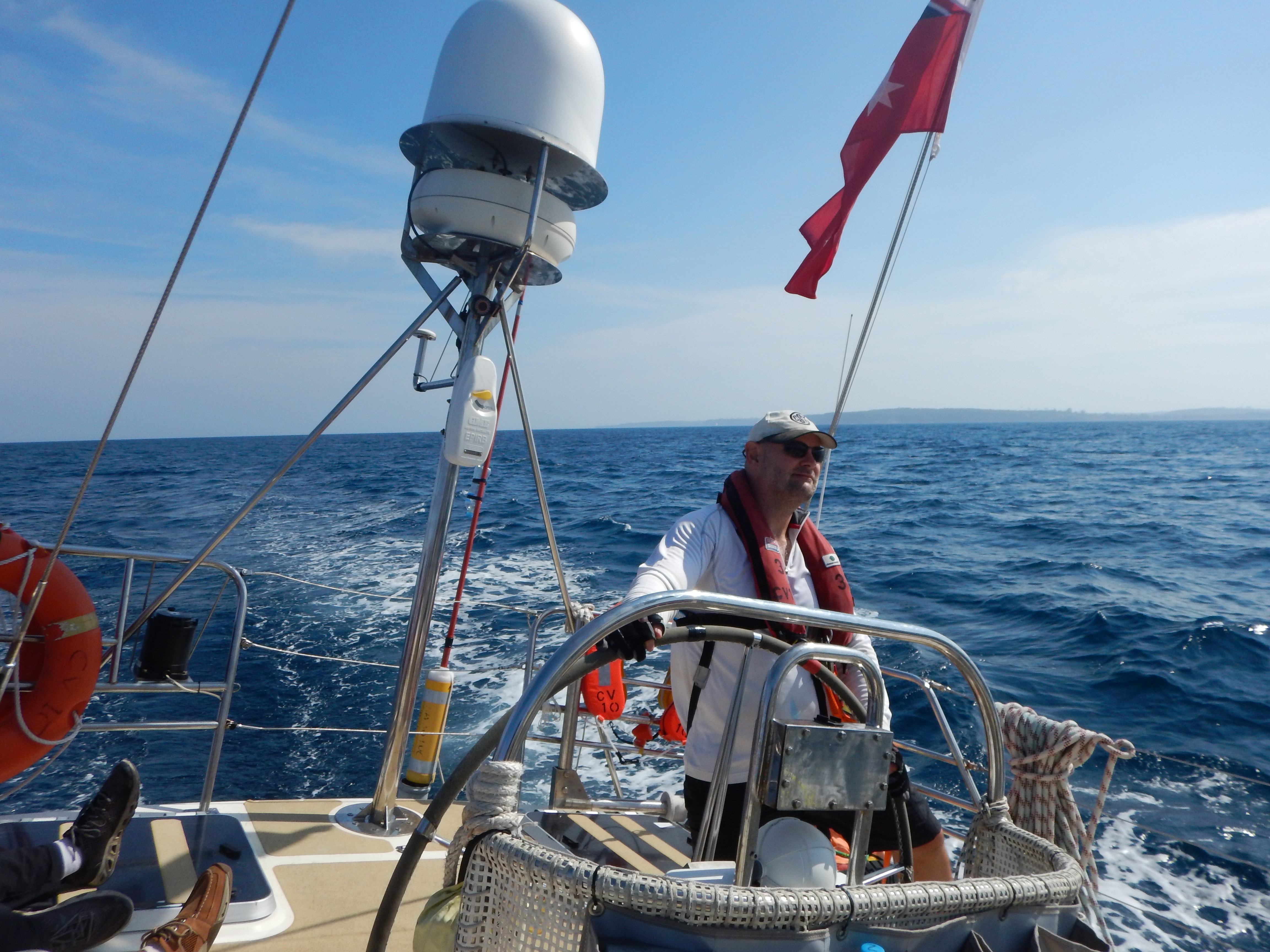 What advice would you give to someone preparing for their Level 3?

Gloves! I did most of Level 3 without using my gloves but did find it hardest on the hands when trimming the spinnaker. Holding on to the sheet during my rotation was hard on the hands, but then I've got the soft delicate hands of an office worker.

What do you hope to achieve from your race experience?

I want to challenge myself in all the ways possible that the race can challenge me. Living in close quarters to, working with, and taking care of a lot of other people is not something I'm comfortable with right now. I want to endure the physical challenges of the race and learn first-hand that I can deal with any challenges that can come my way. I believe that anyone that takes part in this race will come out of it with a greater sense of belief and confidence in themselves.