Duffy’s story is altogether different from any of the other 711 crew members participating in the 2017-18 edition of the world’s toughest endurance challenge. In fact, it was a chance encounter for the New Yorker in his local library that sparked the 63-year-old’s Clipper Race journey.

Duffy explains: “Back in 2016, I was at the Public Library and just reading through a copy of the New York Daily News. The paper had placed an ad about the Clipper 2017-18 Race asking for anyone who would want to participate to tell us in 100 words or less, why they would want to do so.

“So, I submitted my response, which talked about my experience in working in the US Navy, recreating military folks and now I am retired I want to recreate myself!” 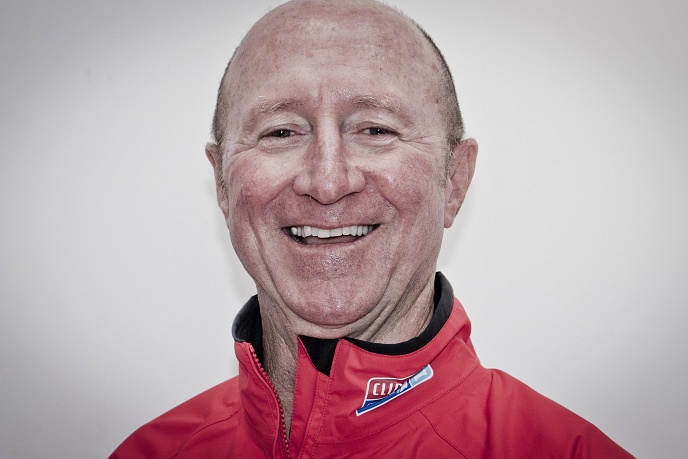 The Clipper Race team was won over by Duffy’s sense of adventure and love of the outdoors that just four weeks later he was making plans to head to Clipper Race HQ in Gosport, UK, to start his sailing training.

Having only sailed a handful of times previously as a teenager, the experience was eye-opening for Duffy. He recalls: “The training was very comprehensive; the training staff really promoted all the safety aspects of sailing that you would want to hear about. They covered all the different aspects, you got to do all the different jobs on board, all the drills and learning all the ropes, so to speak, during the training.”

Duffy arrived into Seattle, USA, at the end of April to join the Visit Seattle team and commented before leaving about how welcome he has been made to feel and how he was enjoying the teamwork whilst preparing the Clipper70 for Race 10: The Garmin American Challenge to Panama. 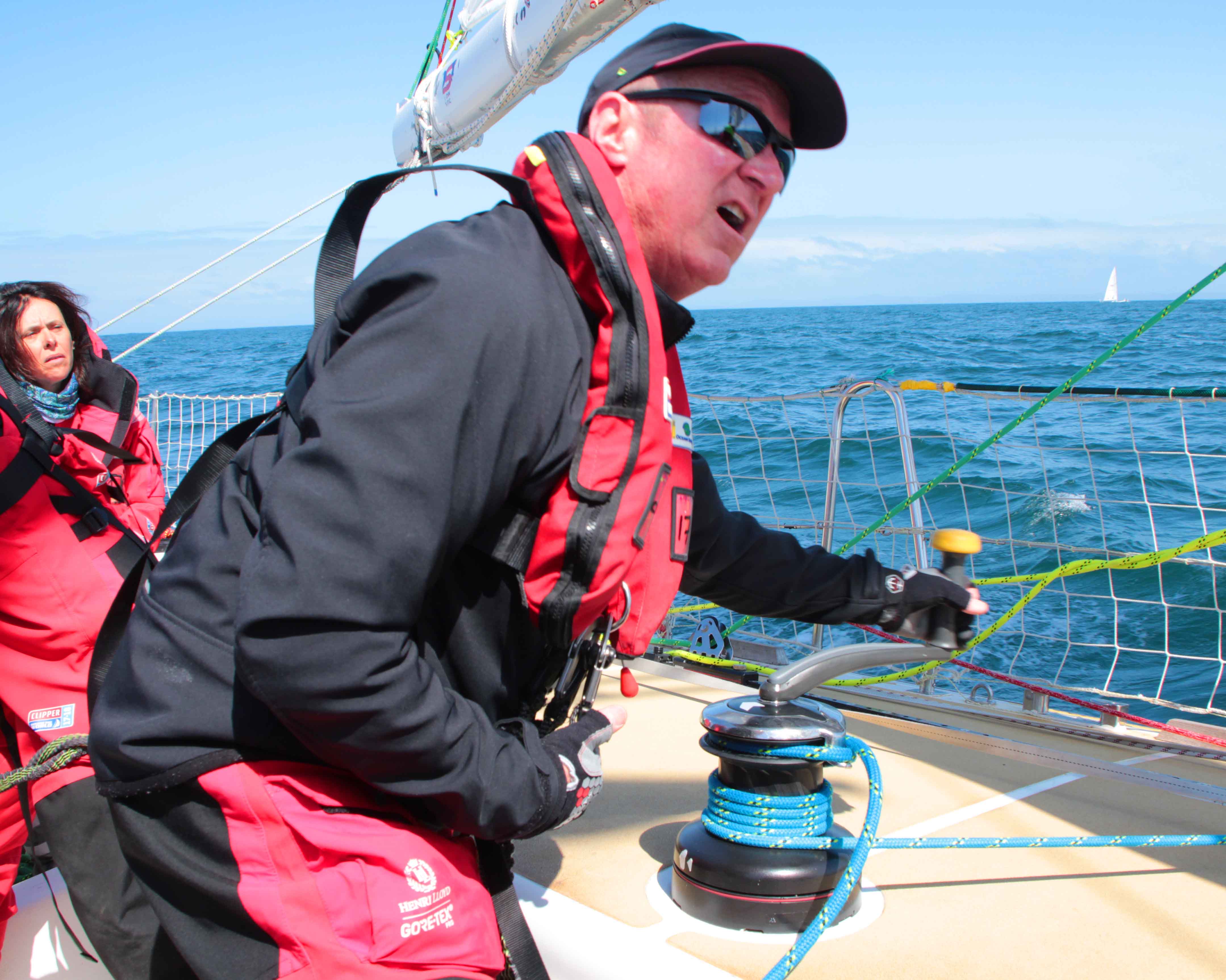 With one of the two races that forms Leg 7 under his belt, Duffy took a moment to reflect on how the first stage went. He said: “Many things happened at the start, it was a new experience and things where so new and exciting.

“What surprised me was how quickly the levels training kicked in and how fast I was able to transition into being part of the team.

“Having followed the 17/18 race from the start I had a good idea of what to expect, having read blogs and watched YouTube videosbut it met and exceeded my expectations.”

Once Duffy had got into the swing of life on board, he found that the toughest aspect of Race 10 was the transition from hot to cold as the teams raced towards the equator but it was made easier to deal with by all the race highlights. He explains: “I enjoyed sailing at night during watches under thousands of stars. I have loved interacting with my crew mates, some of whom I first met during my training in Gosport - being able to contribute to the team effort has been fantastic.” 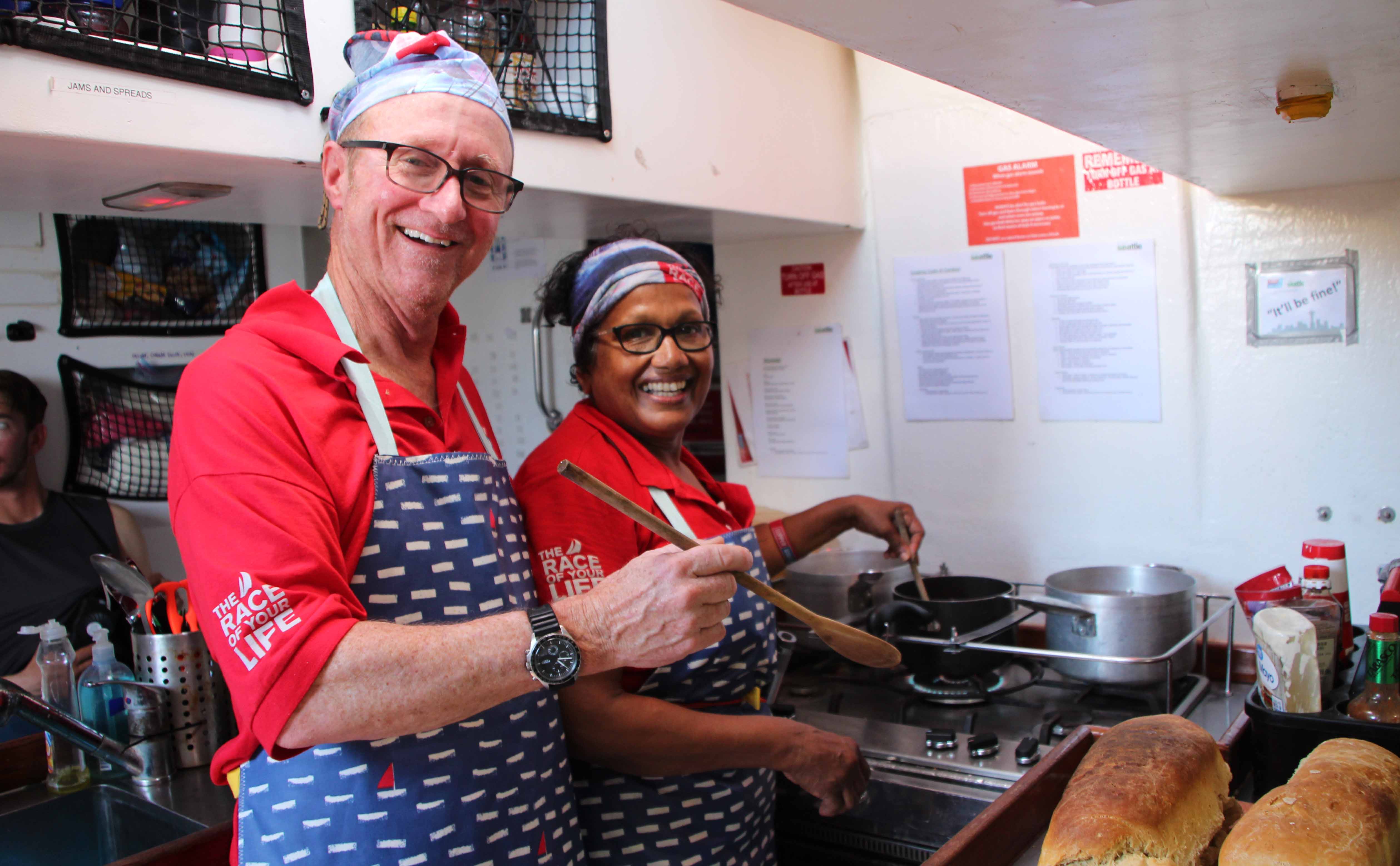 Image: Duffy and teammate Jemma cook up a storm in the galley during Race 10

As the Visit Seattle team, along with the rest of the fleet, makes its way towards Panama to transit one of the most remarkable feats of engineering, Duffy comments: “I’ve never been to Panama before and I am excited about the opportunity to see the area and experience transit aboard a boat through the locks.”

But the most exciting part of the transit for Duffy is reaching the Atlantic side, where Race 11 will begin to his hometown. Looking forward to the start of his homecoming race, Duffy says: “I am so excited to use my first race experiences as a positive springboard for race 11. The bit of experience I’ve gained will help me in the upcoming race.

“I have thought about how it might feel to head back into New York at the end of the leg. For a lot of years, I have driven around the Metropolis of New York but I’ve always seen it from the roads; from the Bell Parkway and the BQE (Brooklyn Queens Expressway). But coming in from the waterway will be very different and exciting. To sail in under the Verrazano-Narrows Bridge, to see the Statue of Liberty and Lower Manhattan, is just going to be incredible.”