The Fremantle stopover is always cause for celebration as it marks the end of the Southern Ocean Leg. After weeks of being battered by Mother Nature’s best party tricks, crew arrive into port looking forward to some R&R on Australia’s West Coast.

In December 2019, the fleet sailed into Host Port Partner, Fremantle Sailing Club, making it the fourth visit from the Clipper Race, since its first in 2005.

Members of the club were on hand for every yacht arrival, whatever the hour, with a cold beer and sausage sizzle. This was something the crew could only dream about when sailing across one of the most remote places on the planet.Fremantle Sailing Club overlooks the warm and pristine waters of the Indian Ocean and the club, which boasts over 3,000 members, enjoys excellent facilities both on and off the water. It supports a wide range of watersports including dinghy and junior racing, inshore and offshore racing and angling. 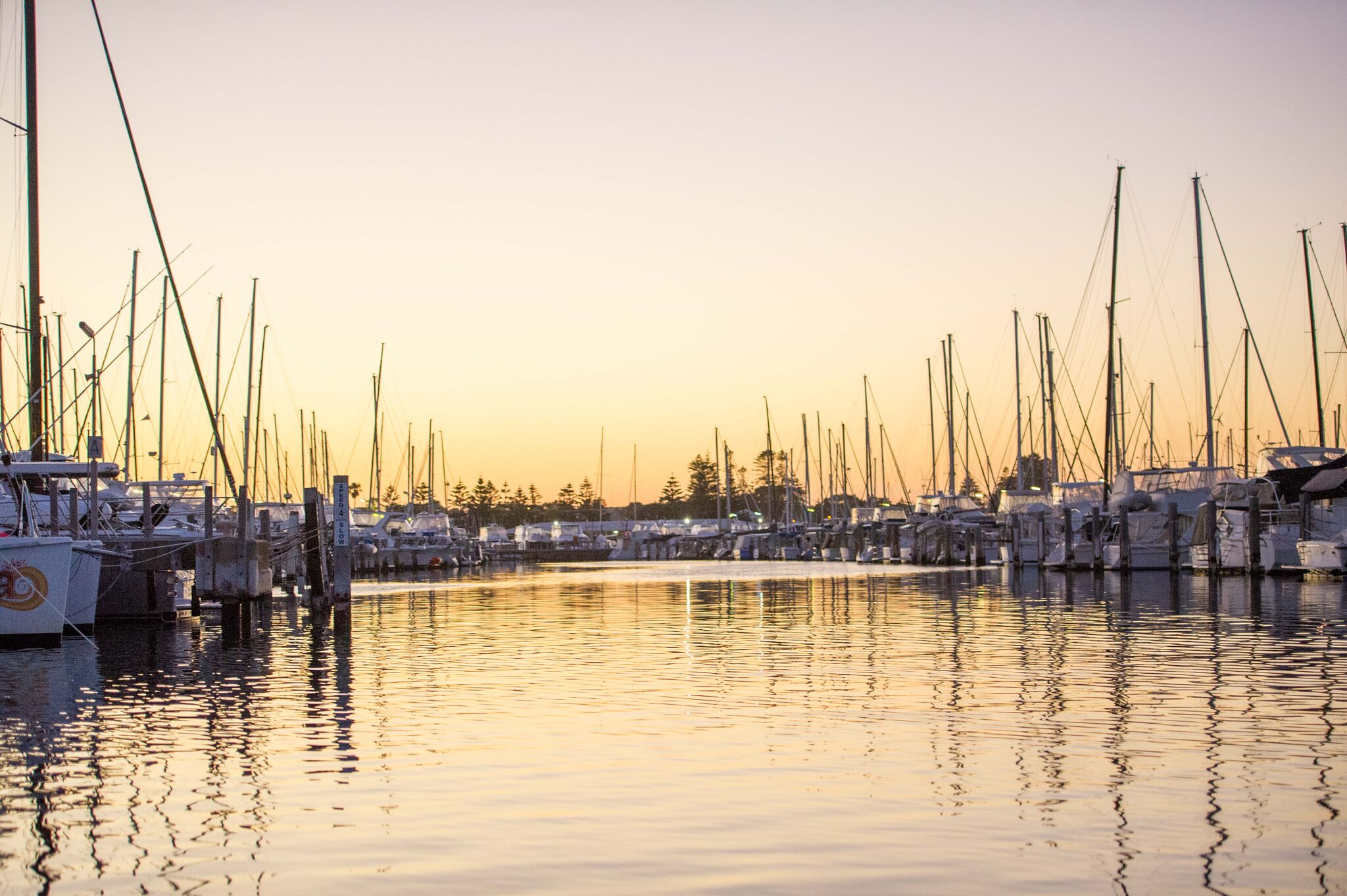 Says Commodore Ron Greerof Fremantle Sailing Club: “We have always been delighted to play host to Clipper Round the World Yacht Race sailors and each time they have arrived, it has been a very special time both in welcoming them to our Club but more importantly to enjoy what the greater city of Fremantle has to offer.

“Our Club is located within walking distance to the Fremantle town centre and makes it super easy for the visiting sailors to get around and enjoy the sights. Fremantle is quite a popular tourist destination as well as a very busy and thriving port community. We really do look forward to these visits and will always extend a warm and friendly welcome to our Clipper Race friends!” 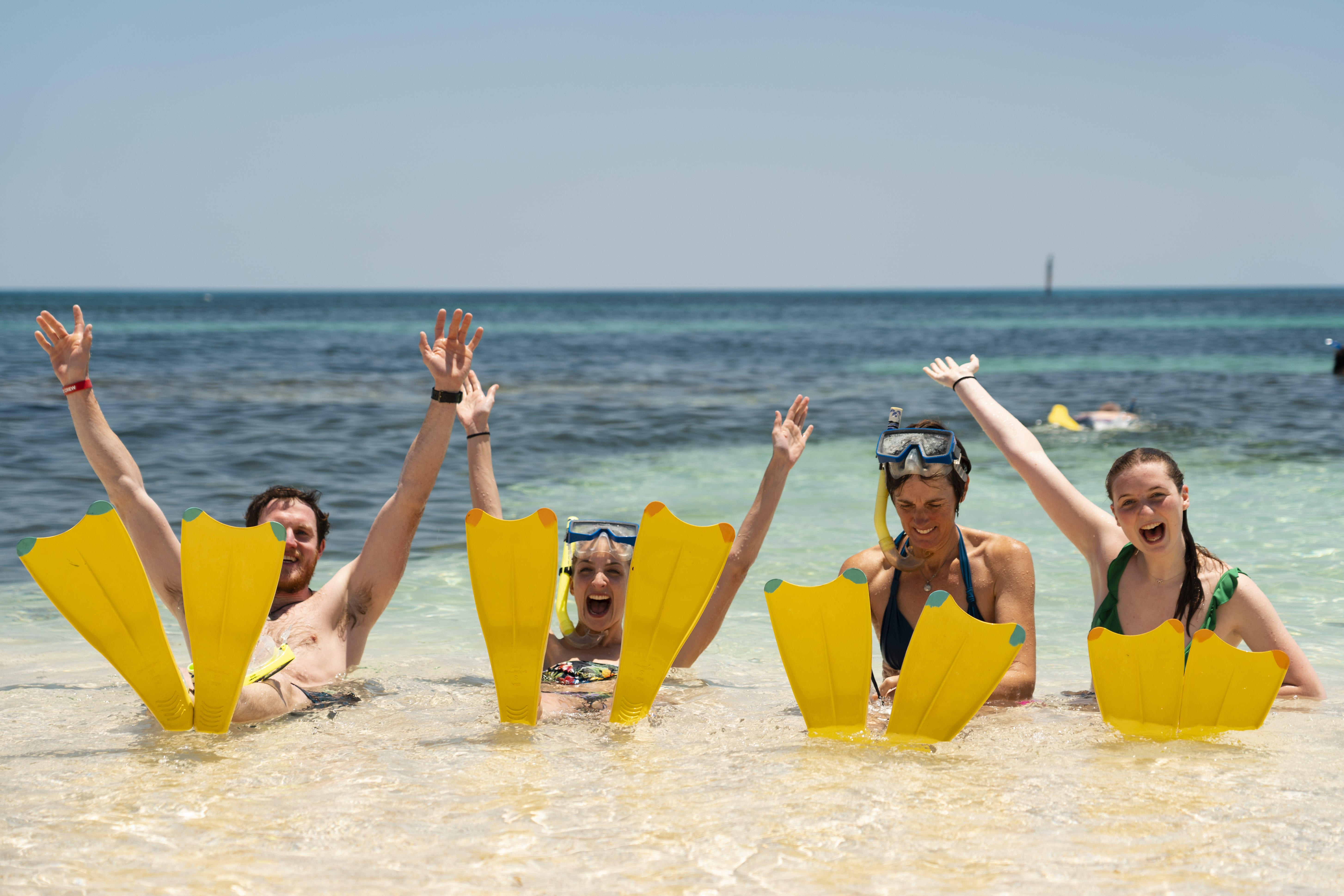 Arriving in the midst of a scorching summer, once team duties were fulfilled, many crew hopped on the ferry to nearby Rottnest Island. Easily explored on foot or bike, the island is renowned for its stunning beaches, secluded coves and reefs. On everyone’s must see list was the grinning marsupial, the quokka.

Imagine your Korea crew member and Perth local, Kate Holling, sailing into Fremantle and seeing the familiar coastline and landmarks was a ‘special experience’. She says: “The emotion of it surprised me! I was on the helm on this perfect inky black night and then after 5,202 miles of nothing but wild ocean, spotting the Rottnest Island lighthouse, with the dawn glow of Fremantle Port behind it was incredible. Knowing that we had just successfully raced across one of the toughest stretches of ocean in the world was equal parts euphoric and very reflective and something I won’t soon forget.”

Kate became the local tour guide for her team and new friends across the fleet, showing off the sights around her hometown. She says: “Top of the list of course was Little Creatures Brewery for some welcome drinks and wood fired pizzas which we had been talking about for 5,000 miles; post prizegiving celebrations found us on the dance floor at Benny’s restaurant in Fremantle (I think we are still the only people to have worn full Musto foulies on a dance floor); learning to Kitesurf at Woodman Point; long afternoons talking tactics in the sunshine at The Norfolk Hotel; cycling along the Swan River; gelato and sunset swimming at Cottesloe Beach; and a big farewell team dinner at Cicerellos at Fishing Boat Harbour. So we squeezed quite a bit into the stopover!”

Two Official Suppliers chose Fremantle to engage with local clients through the Clipper Race platform. Marlow Ropes, the longest-standing supplier of the race to date, held a sail day on board Imagine your Korea to showcase its range of products in use on a Clipper 70 which will endure 40,000 nautical miles around the globe. This included its Blue Ocean Dockline, introduced for the first time on this edition and made from 100% recycled plastic bottles. 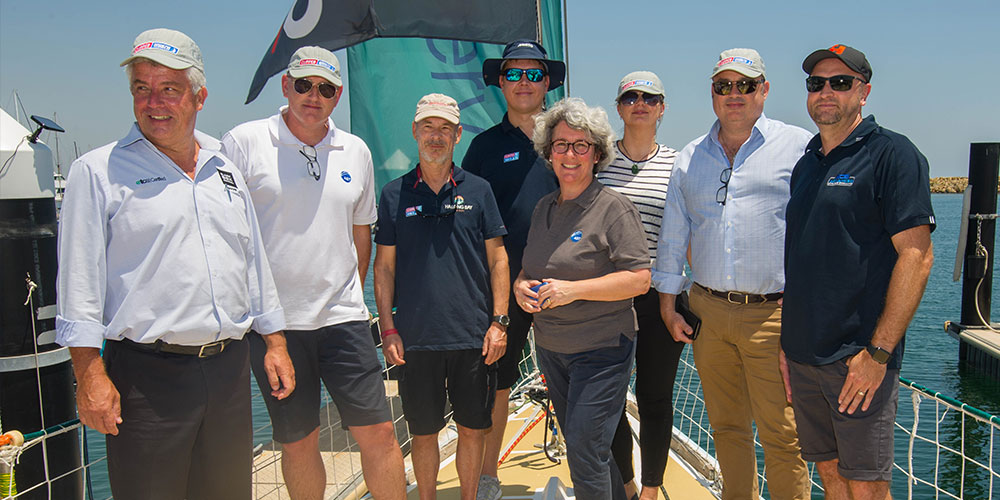 AST, a new partner for the Clipper 2019-20 Race, provides the satellite technology system used across the fleet for communication between Skippers and Race Officials and also Race Crew and their families whilst at sea. AST held a networking event for partners and customers, along with a tour of the Ha Long Bay, Viet Nam yacht, to see its technology in place and to hear how it is used in the most remote circumstances.

With Chinese representation in the Clipper Race higher than ever before and three Chinese team entries showcasing the destinations of Qingdao, Sanya and Zhuhai, a visit from the Chinese Consul General to Perth was a very fitting way to celebrate. Speaking during the visit, Madam Dong Zhihua, Consul General, said: “This is the first time we have visited the Clipper Race. We love the idea of people from all walks of life, from all over the globe, working together to race the oceans. I am very proud that we have so many Chinese sailors on these boats, and three of eleven of the yachts are representing beautiful Chinese cities."

One of the Ambassadors, chosen to represent the city of Zhuhai, Yang Yang, an Assistant Professor taking part in Leg 4, enjoyed his time in Fremantle, before joining his team to sail around the coast of Australia. He says: “This was the first time for me to visit the West Coast of Australia. The vibrant sunshine in Fremantle was very impressive, and I followed the ‘shadow’ when I walked around the city. Highlights for me were the Shipwreck Museum, the Little Creatures beer factory tour and the Mexican restaurant in Fremantle. It reminded me of when I studied in the UK a long time ago. We also went to the Chinatown in Perth, and the number of Chinese restaurants and milk tea bars illustrates the large amount of Chinese immigrants there.”

During the stopover, Fremantle Sailing Club hosted an evening with Sir Robin Knox-Johnston. The popular event was an opportunity for club members to learn more about his record-breaking solo and nonstop race around the world and to uncover what it takes to be alone at sea for 312 days at sea.

Kate Holling sums up why Fremantle makes such a good stopover for crew. “The friendliness of the locals, great food and culture, and really pristine and unique sights.” With the crew spending Christmas on board their yachts, the Fremantle Sailing Club and surrounding city provided Clipper Race Crew with lots of early festive fun, before life at sea returned, on a coast to coast race around Australia.

Adventurer doesn’t seem to be enough to describe 50-year-old Clipper Race Alumni Craig Forsyth. Craig, a bricklayer and former professional Rugby League player from York, UK holds the title for taking part in the most editions of the Clipper Race.Craig and some of the…

The 4,750 nautical mile Southern Ocean stage of the Clipper 2019-20 Race is a true test of physical and mental…