Adventurer doesn’t seem to be enough to describe 50-year-old Clipper Race Alumni Craig Forsyth. Craig, a bricklayer and former professional Rugby League player from York, UK holds the title for taking part in the most editions of the Clipper Race. 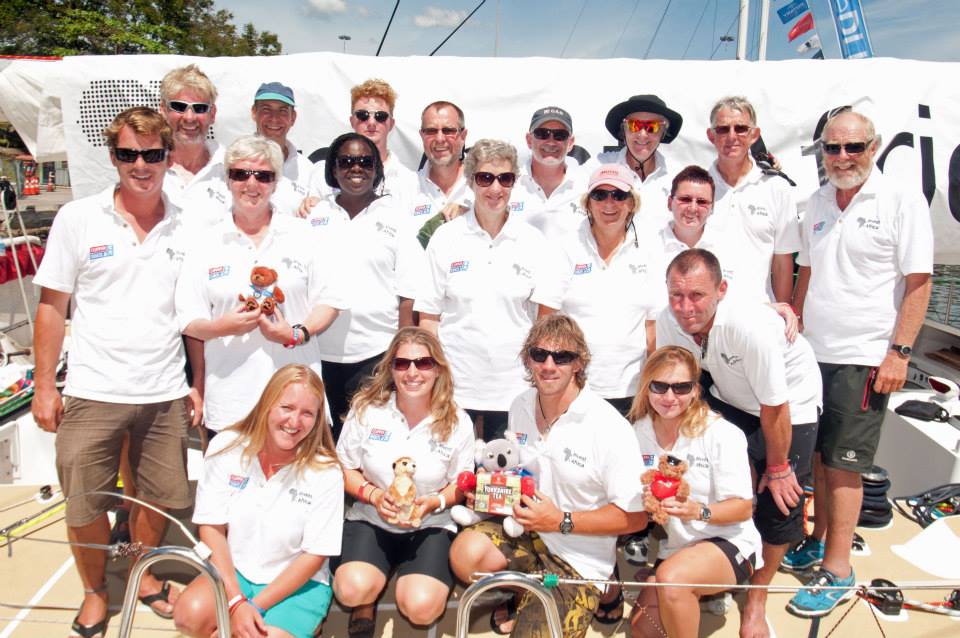 Craig and some of the Invest Africa crew during his Clipper 2013-14 Race circumnavigation - Can't forget the Yorkshire Tea!

Passionate about new experiences and inspiring others, the proud Yorkshireman has amassed a long list of inspiring achievements. He’s raised thousands of pounds for numerous charities and is about to embark on his next epic adventure, the Talisker Whisky Atlantic Challenge; a 3000 mile row across the Atlantic Ocean from the Canary Islands, Spain to Antigua & Barbuda. And whilst this race can be completed as a team, Craig has chosen to row solo.

Whilst it is not uncommon for Race Crew to return for more than one edition, Craig is the first and only to do so four times in a row. He first signed up for a full circumnavigation in the 2013-14 edition, then went on to complete two further North Pacific crossings (2015-16 and 2017-18). Still wanting more, he most recently raced around the coast of Australia, from Fremantle to the Whitsundays, in the Clipper 2019-20 Race. 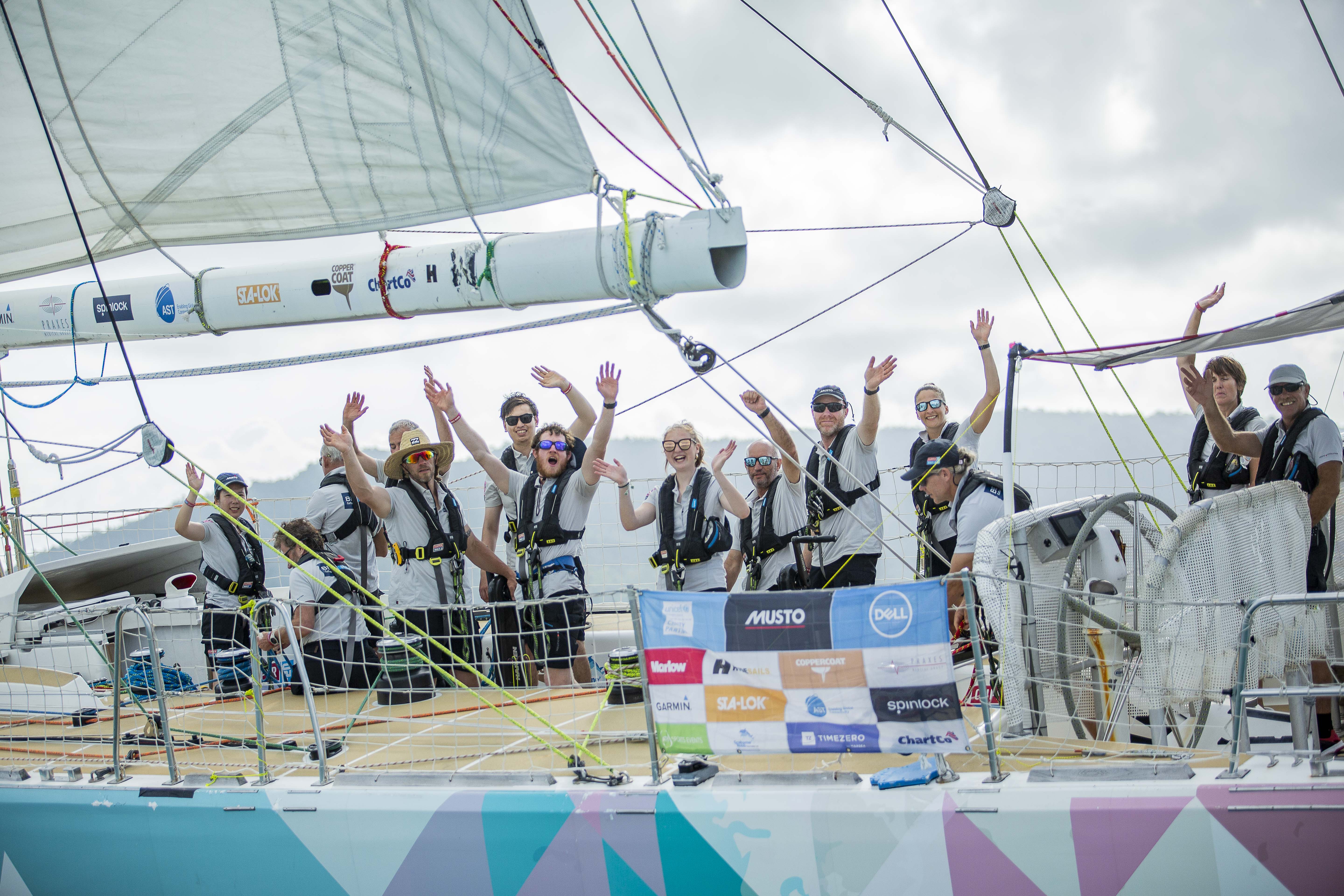 Craig and the GoToBermuda team on arrival into the Whitsundays

He says: “I’ve kept coming back to the Clipper Race because of what it is. It’s adventure. It’s safety first. It’s testing. You learn more about yourself and about others too. I’ve met some amazing people on the race whom I am still in contact with to this day. But the circumnavigation made me realise how quickly a year passes and I don’t want to get to the end of life wishing I had lived more.

“The race, adventure and spirit that the Clipper Race provides, makes you know you’re alive. Heart’s still beating and blood is still pumping.”

The Clipper Race is renowned for garnering and developing adventurous spirit. Since retiring from an accomplished 17 season career as a Semi-Pro Rugby League player in 2006, Craig, who runs a successful construction company from his hometown of York, has also run the London Marathon, completed a coast to coast cycle, taken on the Yak Attack Mountain Bike Race and competed in the Barcelona to Sardina rowing race.

Craig and his boat ahead of leaving for the Canary Islands

Starting Saturday 12 December, 21 intrepid teams, ranging from solo rowers like Craig, up to teams of four, will leave San Sebastian in La Gomera, Canary Islands, Spain heading for Nelson’s Dockyard, English Harbour, Antigua & Barbuda, with 3000 miles of Atlantic Ocean in between. The Talisker Whisky Atlantic Challenge is the premier event in ocean rowing. Taking place annually up to 30 teams each year take on the unique experience of crossing an ocean in a rowing boat. If you are missing the Clipper Race Viewer, you can track Craig’s view progress on the event’s Race Tracker.

Spoarting Chance is the name of Craig’s campaign and he is rowing for two great causes, raising awareness for both Sporting Chance and Motor Neurone Disease Association.

On taking on his next challenge Craig said: “I enjoy a life of adventure, new experiences and challenges to test my boundaries. When it comes to the end of my time, I wanted to make sure that I have lived. To row across the Atlantic is something I have read about, and wanted to do for some time. The challenge certainly seems like an amazing way to use up 3000 miles on the life clock. I know that the thought of being out in the middle of the great ocean with nothing to hear but your own thoughts and nothing to see but miles of endless water does terrify people, for me it is bliss.”

With over 55,000nm already in his log book, miles of endless ocean is something Craig is used to: “Taking part in the Clipper Race has given me a great amount of respect for the ocean. With the consistent approach to safety in training and when out racing, it does make you aware of the aspects required to keep yourself safe.

“The race has also allowed me to be placed in oceans that are immensely testing in terms of sea state and weather. And with that, it gives the opportunity to experience those systems and gives me an awareness of them. Without having done the Clipper Round the World Yacht Race and all of its training, I would never have considered attempting this solo.”

Craig at the helm of Nasdaq during his third North Pacific Ocean crossing!

Taking on the crossing solo it is predicted Craig will row in excess of 1.5 million oar strokes and it has taken previous entrants anywhere between 35 to 96 days to complete. Comparing his upcoming solo crossing to sailing the Atlantic with a team, Craig said: “The teams that I sailed with on the Clipper Race were great, every one of them. On those boats you need a crew as there is so much to continually do. But on my little 20ft vessel there is a lot less to do other than row and navigate. And if I need someone to talk to, I’ll just pick up the signalling mirror and chat to myself. At least I might win an argument if one starts.”

An adventuring legend in his own right, Clipper Race Founder and Chairman, Sir Robin Knox-Johnston, the first person to sail solo, non-stop round the world, has sent a message of good luck to Craig ahead of his crossing: “I have never understood why anyone wants to row the Atlantic when you can allow nature to do the work through the sails. However, I have enormous respect for those who choose to put themselves to the test by rowing the ocean.

“It’s a huge test of determination, stamina, muscular exertion and self reliance. So why do it? The answer is because it is there as one of the great ocean challenges. I hope your Clipper Round the World Yacht Race experience gave you some inkling of what you are taking on, so good luck Craig.” 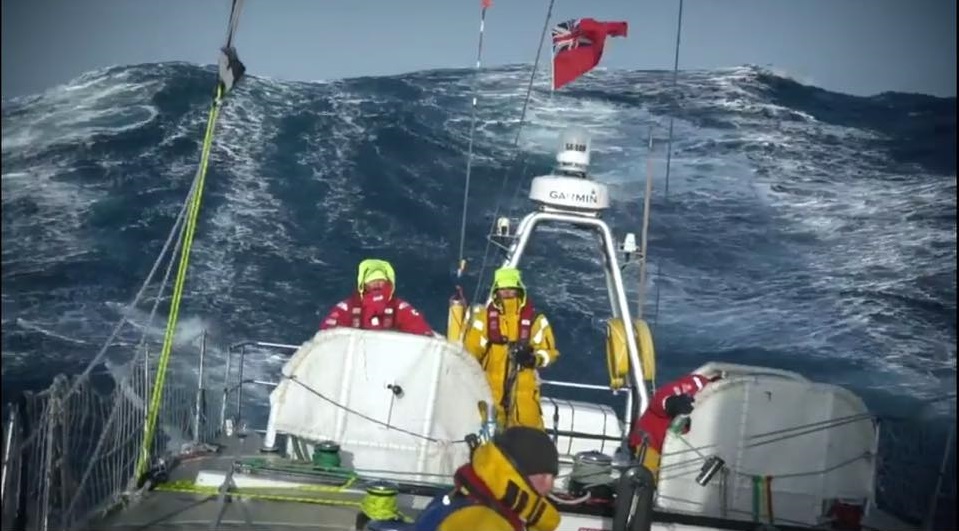 Emily Woodason and Janette Potgieter (JP), both Clipper 2017-18 Race Crew, are also preparing to take part in the next Talisker Whisky Atlantic Challenge, in December 2021. The pair connected via the Clipper Race Alumni Facebook group during the first lockdown in London. Despite having been in the same Clipper Race and on three of the same legs, Emily and Janette had never actually met on the race. Undeterred by the challenges of 2020, their training for the Atlantic row next year is in full swing.

Emily says: “We took the first step in learning how to row together, on the River Thames in the summer. Then, with the announcement of the second lockdown, our on the water training sessions were put on hold so we took to online erg (ergometerrowing machine) sessions with our fellow crew, Jen Cullom and Erin Bastian.

“We've been focusing on building our endurance - rowing for longer sessions, and our strength through the gym, weightlifting and Crossfit. In addition to building up the stamina, to row two hours on, two hours off for more than a month, we are also taking every opportunity to get to know each other better through team-building weekends and in undertaking all of the other ocean rowing training courses. We are all passionate about the ocean and about taking on a challenge that is bigger than just the four of us. Surely a recipe for success!" 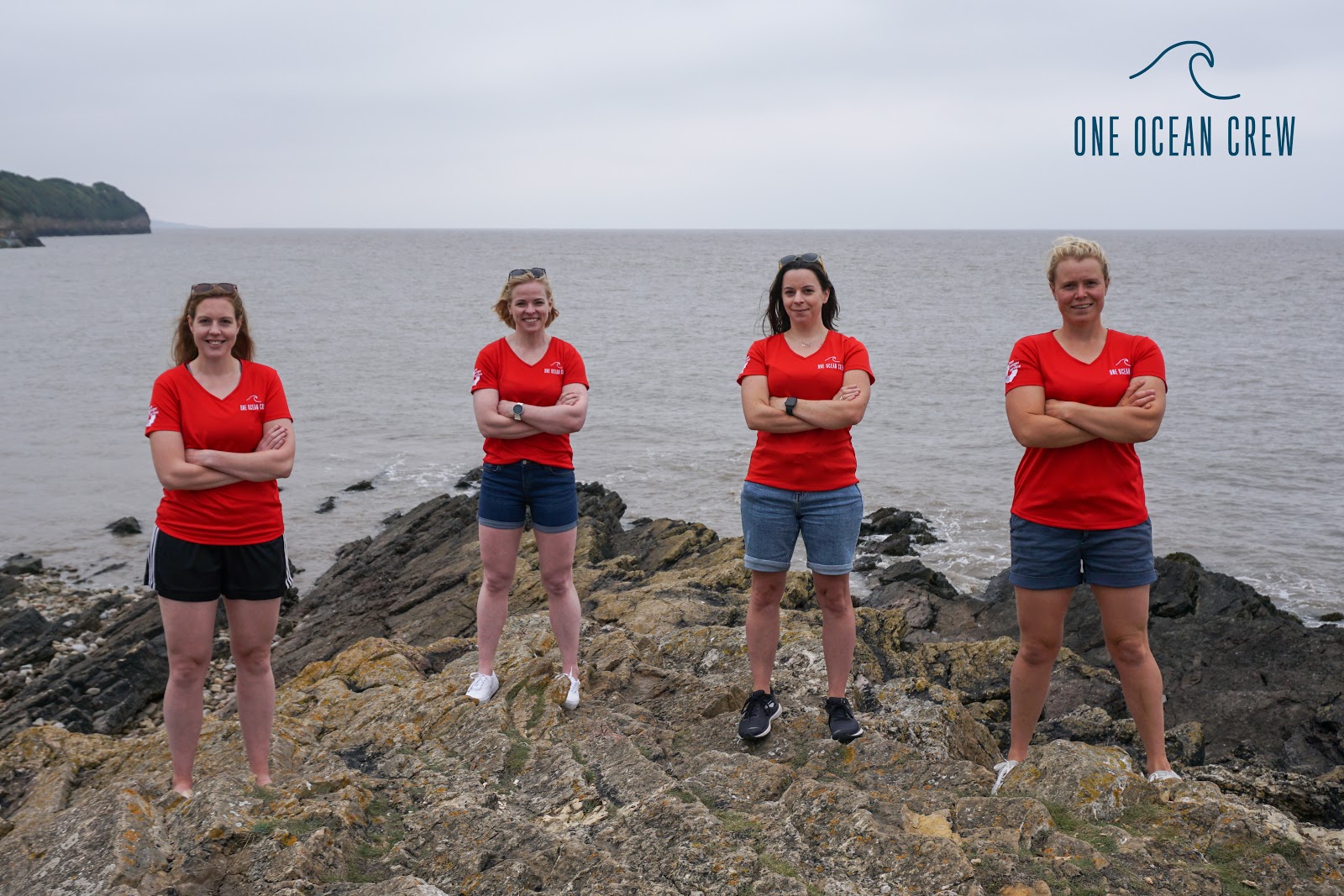 JP says herself and Emily will be using their Clipper Race experience to tackle the Atlantic Ocean and has listed what they’ll be drawing on. She says: “The experience of (1) being outside of your comfort zone for an extended period of time, (2) having very little to no personal space, (3) working as a team, knowing that we will have our highs and our lows, (4) dealing with sleep deprivation and sea sickness on a regular basis and (5) enjoying a strong hint of salt in almost everything that you eat and drink. These are only a few lessons and skills that are transferable to our row and definitely places us a much stronger position as we plan for our 2021 race.”

And when asked if they’ll be following Craig’s progress, the pair says: “Absolutely yes! When you sign-up for such an extraordinary event as part of a four-women team, and you then meet people that take on this beast solo, you can only stand back and watch them in awe. We will be following Craig's progress (each stroke at a time), and can't wait to hear about his experience when he has completed the 2020 race!”

And back to Craig, has he hung up his Clipper Race boots? On a final note he said: “As for returning to the Clipper Race in the future, if I was a betting man I would not be placing cash on a NO. And with the possibility of a new fleet of boats in the future, I think the lure of that and the excitement of sailing and racing will be far too much a pull to resist.”

Good luck Craig, everyone at the Clipper Race is behind you 100%.

Do you have a desire for adventure? Are you looking for your next challenge? Sign up to join the next set of intrepid Race Crew and you could soon be racing across some of the world toughest oceans. Applications for the Clipper 2022-23 Race are now open and you can find out more information by registering for a Clipper Race webinar.