It’s getting tight at the top as the Clipper Race leader, Qingdao, is being caught up by its nearest rivals after going through the Scoring Gate yesterday and entering lighter winds.

Most of the fleet has now crossed (or bypassed) the Scoring Gate. The official crossing times (all UTC) yesterday for the first three teams were 0939:13 for Qingdao, 1410:12 for GREAT Britain and 1611:00 for Sanya Serenity Coast. Points will be awarded accordingly to these top three teams unless Greenings crosses the Scoring Gate by 0255:51 UTC on 5 September.

Chris Kobusch, Skipper of Qingdao, said: “The rest of the day brought light and shifting winds and GREAT Britain is now back in AIS (Automatic Identification System) range and chasing us. We are getting closer to the Doldrums Corridor and are expecting the rest of the fleet to slowly catch up with us.

“The crew is still focused as ever and willing to go the extra mile to stay ahead. The next couple of days and miles will indeed be interesting and the race might restart.” 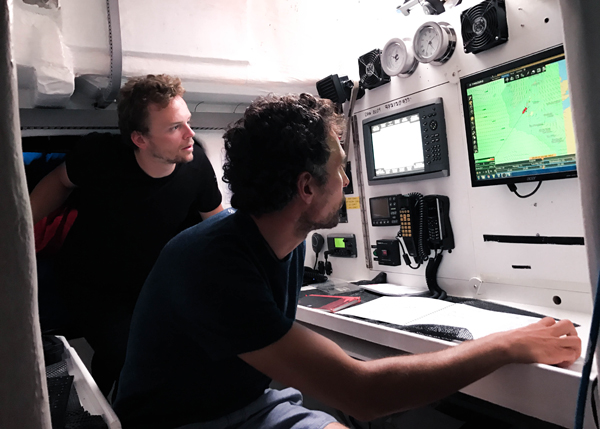 The leading pack is starting to converge and Andy Burns, Skipper of second-placed GREAT Britain, said: “Crossing the Scoring Gate hasn't given us the desired effect of leading the pack but staying west has paid dividends and we are now only 10 miles behind our closest competitors, Qingdao. The downfall is we have Sanya Serenity Coast and Liverpool 2018 hot on our tail. That’s Ocean racing for you - everything can and will change. It's just a matter of when.”

Liverpool 2018 and Sanya Serenity Coast are currently in fourth and fifth position respectively after battling for position through the night. PSP Logistics, meanwhile, has firmly established itself in sixth position with Unicef and HotelPlanner.com crossing the Scoring Gate in seventh and eighth not too far behind.

HotelPlanner.com had a challenging night of spinnaker hoisting, which has impacted its position. Skipper, Conall Morrison, explains: “Another quiet and hot day on HotelPlanner.com has turned into quite a busy evening and night time…the aftermath of so many spinnaker wools is evident now at 5am as there is some fatigue...”

Looking ahead, he added: “The forecast is for very light winds so our crew will have to be alert like little cats to subtle changes in wind direction and there will be some important calls on sail selection. Our spinnaker changing skills which have had more and more practice will be called into action once more.” 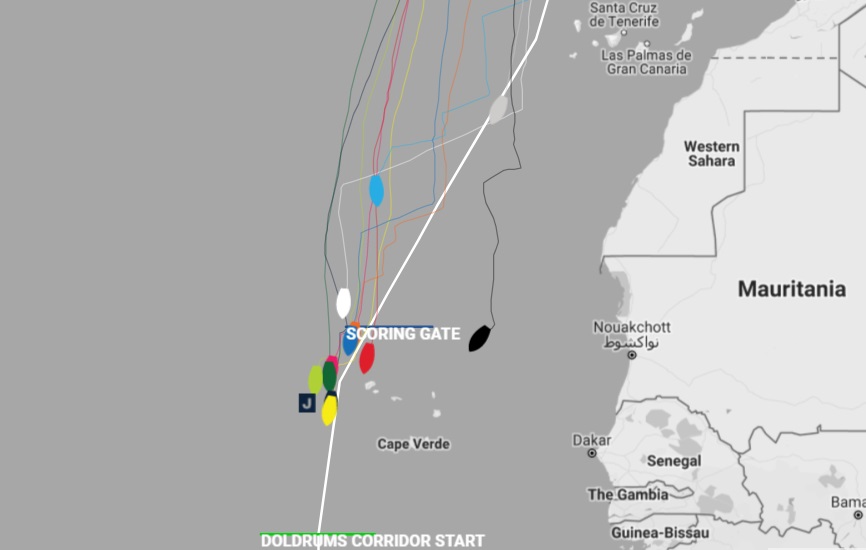 Dare To Lead, in ninth place, has made better progress over the past 24 hours and Skipper, Dale Smyth, reports: “We’re still trying to ascertain how we fell off the pace so badly for 48 hrs and, after pulling a big ball of rope off one of our rudders, I do wonder if it had not been there longer than we thought.”

Garmin, which has taken the most easterly route of the fleet, remains in tenth position and Nasdaq is currently in eleventh but with its mediumweight spinnaker still flying.

Greenings, currently in twelfth position has had an easier time than of late now that it is in the Trade Winds and interim Skipper, Dan Smith, said: “We are already starting to think that with redress we won't be last anymore but obviously we won't know until we finish and the fat lady sings.”

The leading teams to the south are facing a bit of a slow as they hit the more disturbed weather around the Inter Tropical Convergence Zone (ITCZ). The forecast for the ITCZ shows it looking quite wide at the moment, which implies a whole lot of sail changes to come for the Clipper Race fleet leaders.

Qingdao guaranteed itself the first points of the Clipper 2017-18 Race after being the first team to cross the Scoring Gate this morning. GREAT Britain and Sanya Serenity Coast are expected to be the second and third teams to…