On the sixth day of racing the big winds and surfing conditions continued into the first Ocean Sprint of the 2019-20 edition.

Skippers reported boat speed records being broken with Nick Leggatt, Skipper of Zhuhai, saying: “We were still under reefed Main and Yankee 2 at the time, running downwind in a gale. Almost as soon as I took the helm, the boat pitched her bow down a steep wave and launched herself to a speed of 28.9 knots. A new record for the Zhuhai team.” 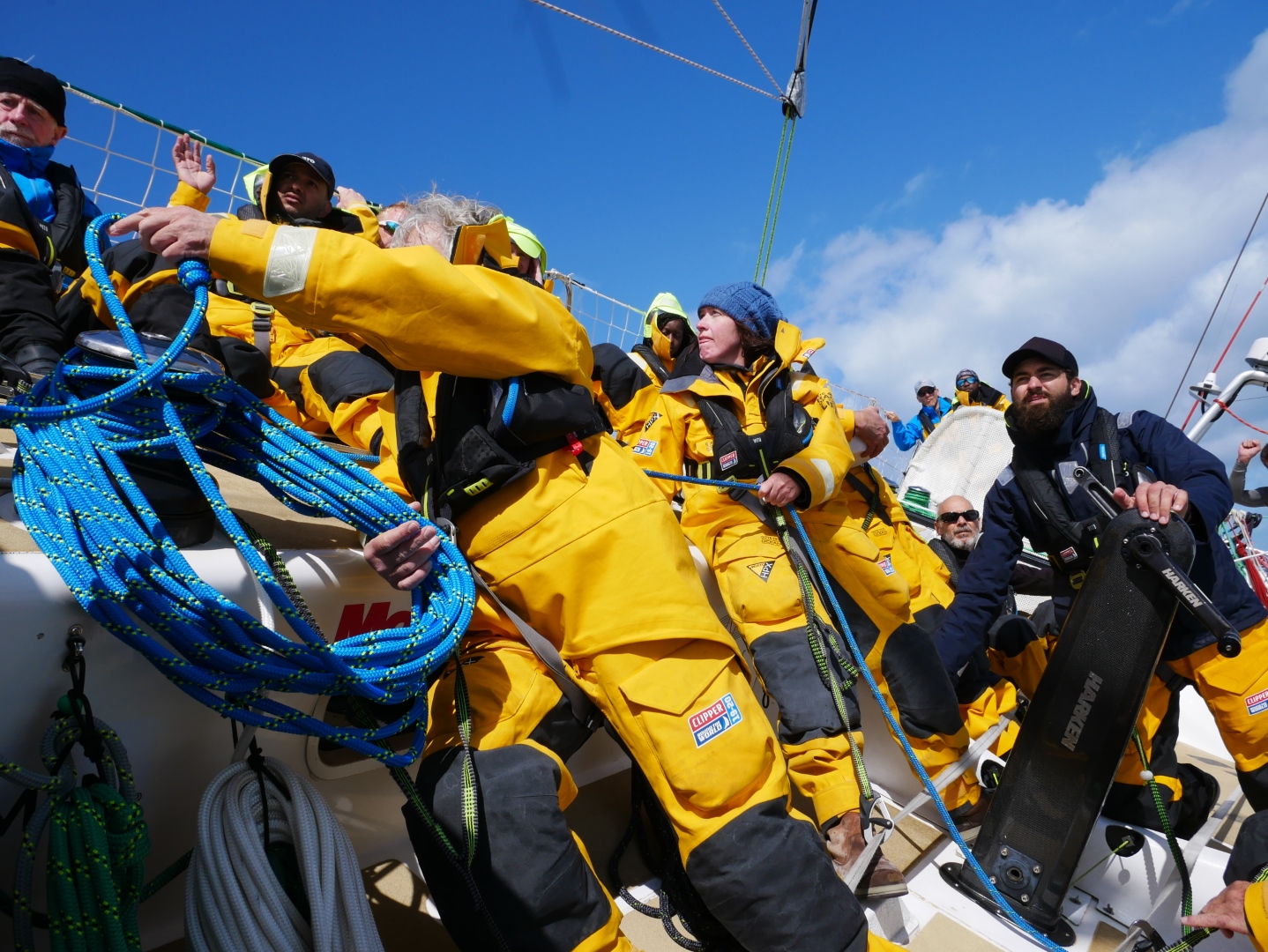 The Ocean Sprint, a time trial between two lines of longitude or two lines of latitude, is an opportunity for teams to gain extra race points, and the results are in!

The fastest yacht, which will add three bonus points to its overall tally, was Punta del Este. Skipper Jeronimo, First Mate Ryan Barkey and their team completed the sprint in 15hrs, 2mins and 26secs. Second fastest was Ha Long Bay, Viet Nam, taking 15hrs, 51mins and 4secs. This result means that Skipper Josh Stickland, First Mate Hugo Picard and crew will be claiming two bonus points. And scooping the final bonus point, in a time of 15hrs, 53mins, was Zhuhai. Skipper Nick Leggatt, First Mate James Finney and crew will be adding to the point they already claimed from the Scoring Gate. 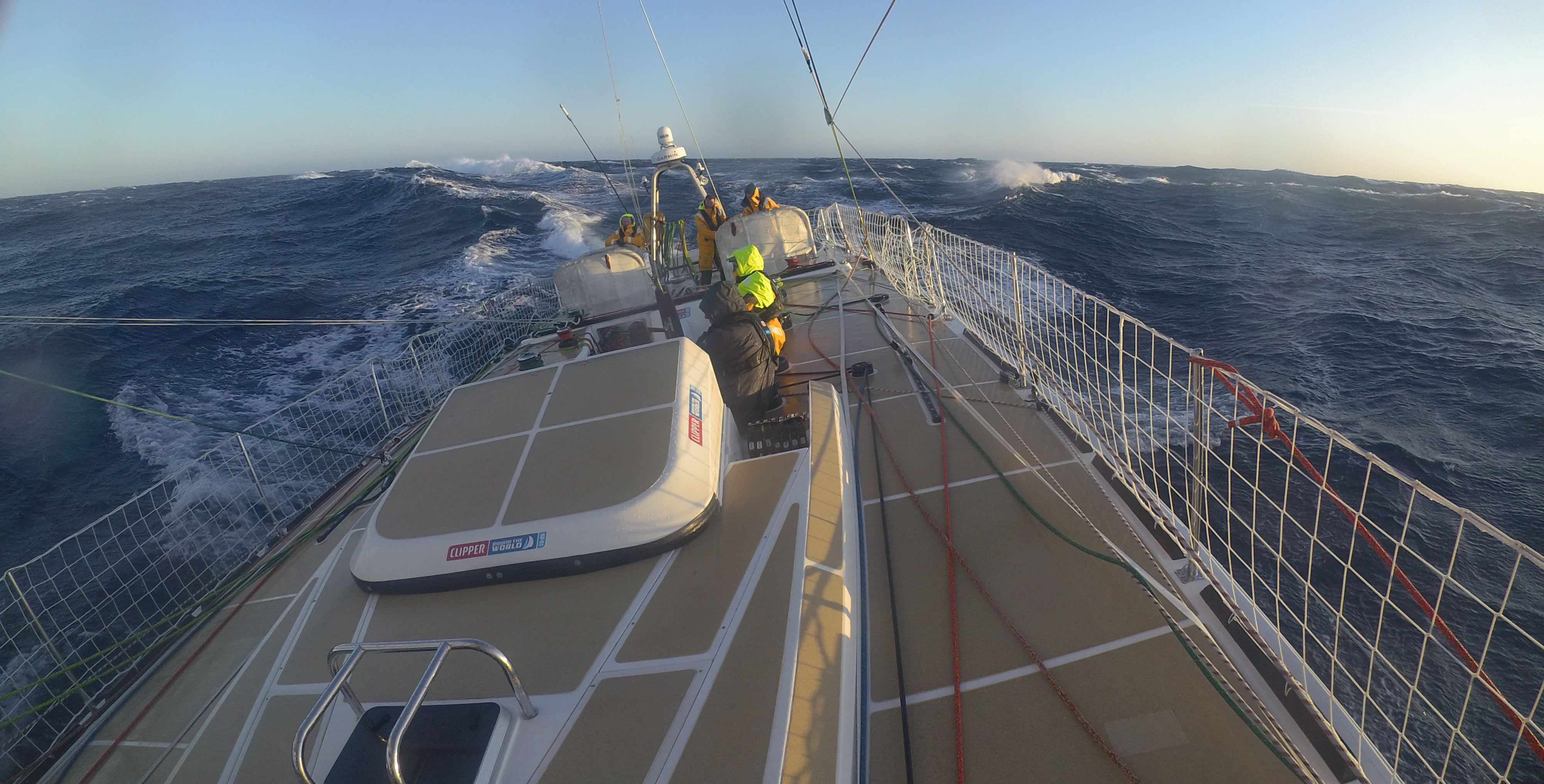 Leaderboard positions have changed again with Qingdao back in first, Unicef holding second and GoToBermuda in third. And with the weather conditions changing rapidly, and a light wind area expected directly off the land, it is all still to play for. Simon Rowell, Clipper Race Meteorologist reports: “There are two winds combining near Cape St Vincent right now, the first the North (ish) that the fleet has been experiencing so far, and the second the North East off the top of Africa. In between the two is a rather messy merging zone, which is where a lot of the fleet is right now.”

He added: “With the light wind areas directly off the land, it's a head-out-of-boat day for sure today to look for patches of breeze.”

Who will come out on top in the first race? Keep your eye on the Race Viewer and Clipper Race channels to find out.

Teams talk tactics as they approach the Bay of Biscay Scoring Gate on the fourth day of racing and it was great news for the Chinese team which claimed the first bonus points of the circumnavigation with Qingdao crossing first followed by Visit Sanya, China…

The third day of racing has brought new sailing conditions, the wind has backed and the teams have left the…