The third day of racing has brought new sailing conditions, the wind has backed and the teams have left the challenging upwind conditions behind them for now. Spinnaker sailing once again is making for more joyful experience for the crew.

As the shores of England disappeared and they head into the open waters, free of the Channel, the crew were able to reflect on the challenges they’ve already overcome - seasickness is easing, the boats are steadying and wildlife has been spotted. All welcome differences from the past day or so, as the teams adjust to life at sea and the race continues to Portimão in Portugal.

Ben Keitch, Skipper of Seattle said: “The Race 1 start has certainly given the crew a very small taster of what they have in store to come - but they are slowly all adapting and adjusting to boat life, which really isn't easy when heeled over”.

Imagine your Korea Skipper, Mike Surridge, reports that the team is making progress after a tough 24hrs: “We seemed to have pulled our way back progressively, and this has to continue. Doing so wasn’t without discomfort as we had the top end of the appropriate sail plan for some time.” 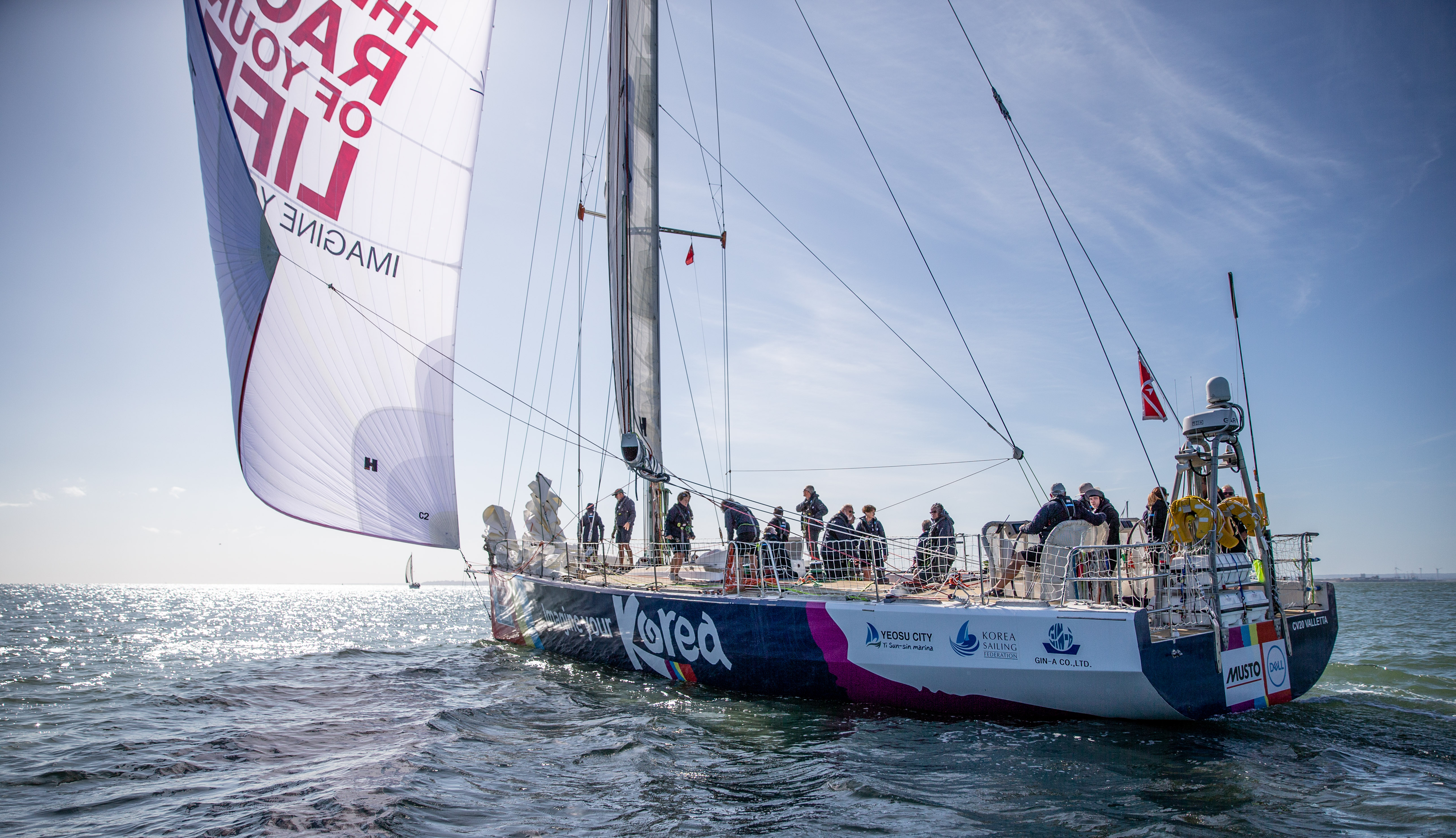 As the fleet starts to cross the Bay of Biscay, the competition remains close with less than ten nautical miles separating the leading three yachts; Qingdao, GoToBermuda and Unicef. Chris Brooks, Skipper of Qingdao, puts the success so far down to teamwork: “The crew is really digging deep when required. It's been a phenomenal effort so far. We know you're all watching and we do this for ourselves, our teammates, and all our supporters at home”.

As the teams set their sails for a downwind stint towards Cape Finisterre and the start of the Ocean Sprint Punta del Este Skipper, Jeronimo Santos Gonzalez, noted: “I’m looking forward to sailing around Cape Finisterre (even if the prediction is to have gale force winds) and feel close to some of my family in Galicia”.

Dare To Lead Skipper, Guy Waites, commented: “Our path south should now be relatively rapid, we could be closing the finish within three days, so we have those days to regroup, digest our lessons and move on with humility. The sea is a fickle mistress, one we will never master but only endure”.

The Clipper Race always brings contrasts whilst among nature - from battling stormy weather to the wildlife that can be seen. The past couple of days have certainly been full of contrast as Zhuhai’s Skipper Nick Leggatt tells us: “We are doing our best to record as many bird species as we can, and to yesterday's sparse list we can add a sighting of a Skua. Probably an Arctic Skua to be precise. During the day we were also briefly followed by a lone dolphin, and overnight the watch on deck reported a large pod of dolphins”.

The Clipper Race fleet is expected to arrive into Portimão between Sunday 8 and Tuesday 10 September and will be berthed at the beautiful Marina de Portimão. To learn more about this city in the heart of the Algarve, see the Portimão Host Port Page. Tune into the Clipper Race Viewer to follow the fleet’s progress.