After the success of crossing the Scoring Gate yesterday first, Visit Sanya, China is currently leading the fleet in Race 2: The Commodore’s Cup. It remains tight at the top however, with less than 20 nautical miles separating Visit Sanya from Qingdao and Ha Long Bay, Viet Nam.

After hiding its position from the rest of the fleet by using Stealth Mode, Qingdao reappeared to cross the Scoring Gate in second place at 13:04:00 UTC, one hour, 27 minutes and 45 seconds behind Visit Sanya. Qingdao is now two from two in picking up bonus points in the Clipper 2019-20 Race, with the team to add another two bonus points to its overall tally. Skipper Chris Brooks remarked: “With tough black nights and no lights to guide us, Qingdao continues to track the leaders. Stealth Mode allowed us to creep up unseen to gain second to the Scoring Gate to take two points.” 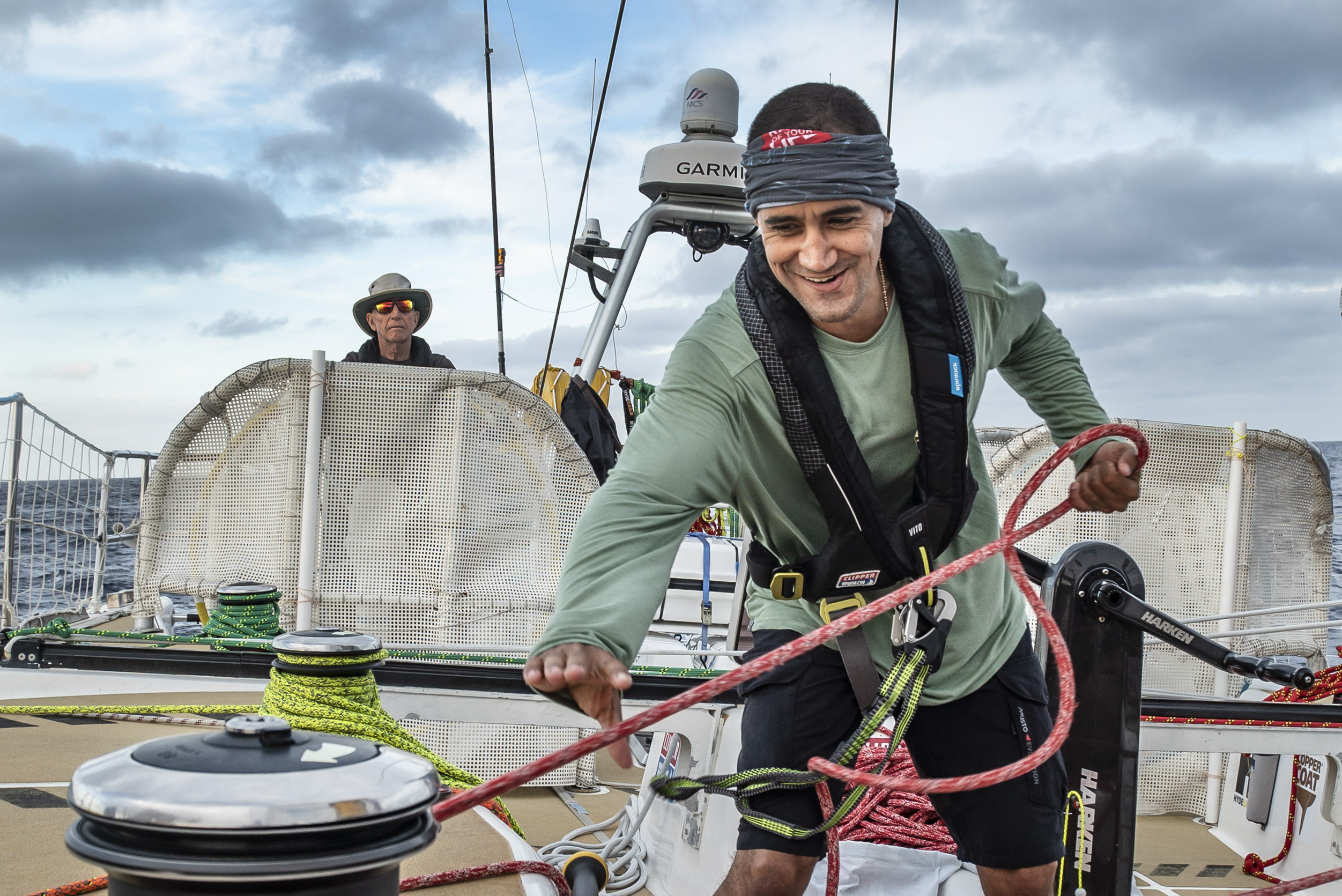 Ha Long Bay, Viet Nam was the third team across the Scoring Gate (13:41:15 UTC) and will earn one bonus point. Skipper Josh Stickland said: “Firstly a big well done to the crew they have plugged and plugged and sweated away to get that point and now I have to tell them well done but there is still another 4,000nm to go! I’d gone off watch and heard a massive cheer when we crossed the line that brought a smile to the corner of my mouth.”

With the fleet benefitting from a day of consistent trade winds, GoToBermuda Skipper David ‘Wavy’ Immelman reflected on his team’s very pleasant Sunday when he said: “The wind has been ranging from 15-20 and back as is the want of trade winds, the sun has been out and the sea state lovely. All the guys have been helming well and GoToBermuda has been trucking along nicely.”

The comments have been reflected by those of Jeronimo Santos Gonzalez, Skipper of Punta del Este which as a team have opted for a route round the Cape Verde Islands rather than through. He said: “We had another day of constant trade winds. Spinnaker flying non stop and trying to surf as many waves as possible. The temperature has increased and so it’s the excitement of approaching the doldrums, especially with some interesting weather forming in the next few days, at the time of our crossing.” 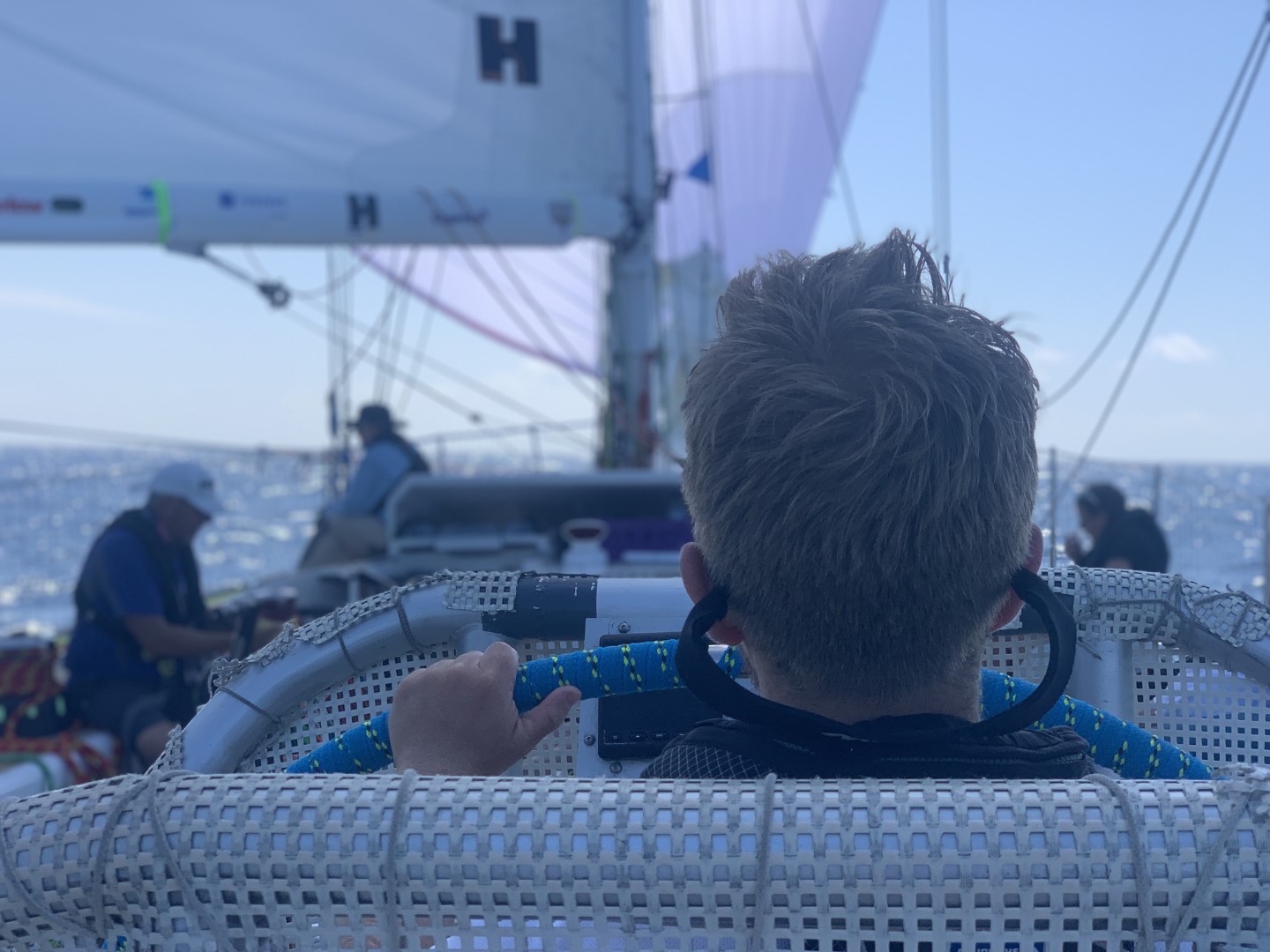 The interesting weather mentioned by Jeronimo is a developing tropical low which is moving across the path of the fleet. Clipper Race Meteorologist Simon Rowell reports that if the low develops into a hurricane, as forecasted, later in the week - well away from where the fleet will be - it will leave a band of no wind in its wake, making negotiating the Doldrums Corridor extremely interesting.

Unicef Skipper, Ian Wiggins, on the upcoming day ahead reflected: “Today promises more of the same as we charge towards the Cape Verde Islands and the start of the Doldrums Motoring Corridor. For now the weather is stable, and we are making up good ground on the leaders, but it will take all of our skill luck and determination to successfully navigate the squalls, storms and wind holes ahead.”

Check out the Skipper Blogs for the insights from on board and keep an eye on the Race Viewer to see what tactics the teams choose as they approach the doldrums.

Close match racing has been the order of the day on Day 6 of Race 2: The Commodore’s Cup to Punta del Este, Uruguay.Incredibly after around 1,000 nautical miles of racing, three boats - GoToBermuda, Zhuhai, and WTC Logistics, have almost been in touching…