The fourth of eight stages that forms the global Clipper Race route got underway from Fremantle, Western Australia, yesterday. Bound for Airlie Beach in the Whitsundays on the east coast, the aptly titled single-race Leg, the Australian Coast-to-Coast Leg, saw eight of the eleven teams set off to race 3,400 miles over Christmas and New Year. 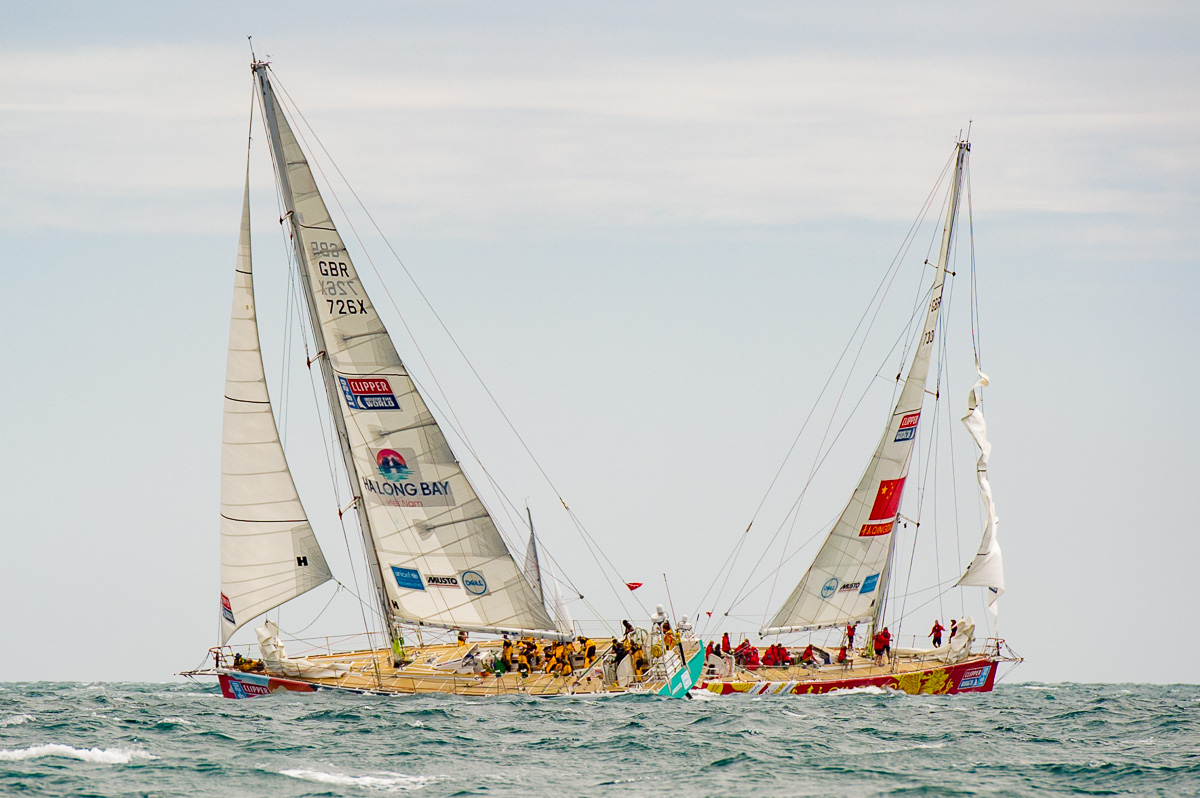 Image: A bumpy ride for Race Crew settling back into life at sea

The teams have faced a bumpy ride during the opening 24 hours of The Whitsundays, Heart of the Great Barrier Reef race, with relentless beating as teams dart south. Seattle Skipper David Hartshorn reports: “It has been full on! After a downwind start, it has been a hard beat down the west coast towards a developing high of high pressure which could bring us to a grinding halt. Secretly, I think a few crew would like that. It has been a baptism of fire over the last 24 hours.”

Tactically, WTC Logistics has made the boldest move opting for a westerly course off the blocks. Skipper Rich Gould explains: “We held on for the lift and it came through nicely. This has meant that we are now the most westerly boat, but we have plenty of sea room to get past Margaret River on the south east coast of Australia and around the corner to start going east.”

Whist Qingdao was the first across the start line, the team has now been overtaken and it is GoToBermuda that currently leads the way in these opening hours.

With a patch of light breeze on the horizon that has the potential to skew the leaderboard, keep an eye on the Clipper Race Viewer, updated hourly, for up-to-date positions.

Want more? Skippers and Race Crew send blogs back daily. You can read them in full via the individual team pages.

The fourth stage of the Clipper 2019-20 Round the World Yacht Race, the 3,400 nautical mile long Australian Coast-to-Coast…

Following a fantastic stay in the eclectic town of Fremantle where the crew have experienced everything from gorgeous beaches, selfies with Quokkas and excellent hospitality from the Fremantle Sailing Club, it’s onto the next Australian destination on the 4,000nm Australia Coast-to-Coast Leg.The beautiful Whitsundays await,…

Unicef completes the fleet into FremantleUnicef has arrived into Fremantle this evening, crossing the finish line at 12:24:46UTC. This race…