With Chinese representation in the Clipper Race higher than ever before and three Chinese team entries showcasing the destinations of Qingdao, Sanya and Zhuhai, a visit from the Chinese Consulate to Perth was a very fitting way to celebrate. 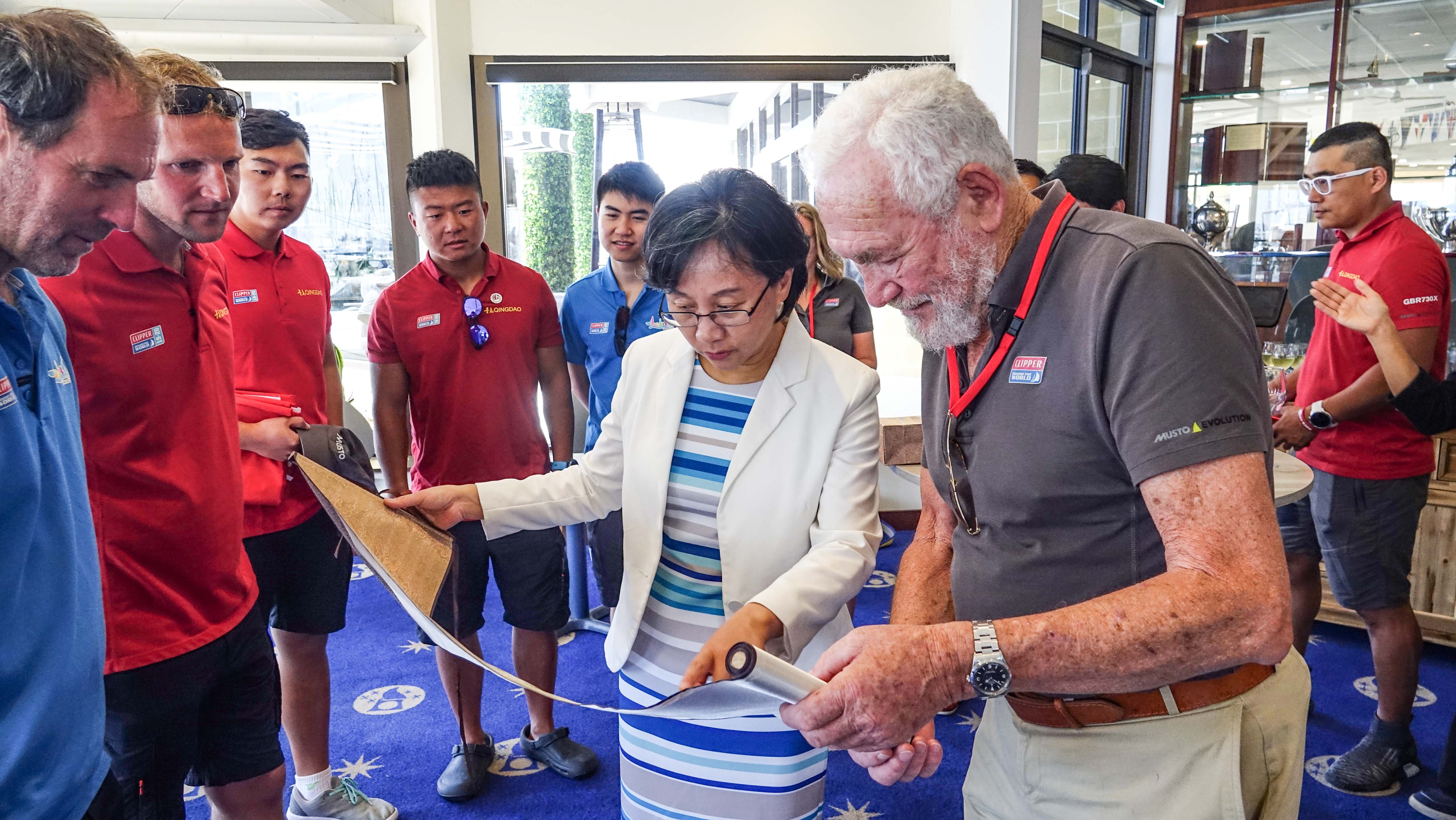 Speaking during the visit, Madam Dong Zhihua, Consul, said: “This is the first time we have visited the Clipper Race. We love the idea of people from all walks of life, from all over the globe, working together to race the oceans.

“Aside from interest through my formal role as Consul General, I found the stories so interesting! I am very proud that we have so many Chinese sailors on these boats, and three of eleven of the yachts are representing beautiful Chinese cities." 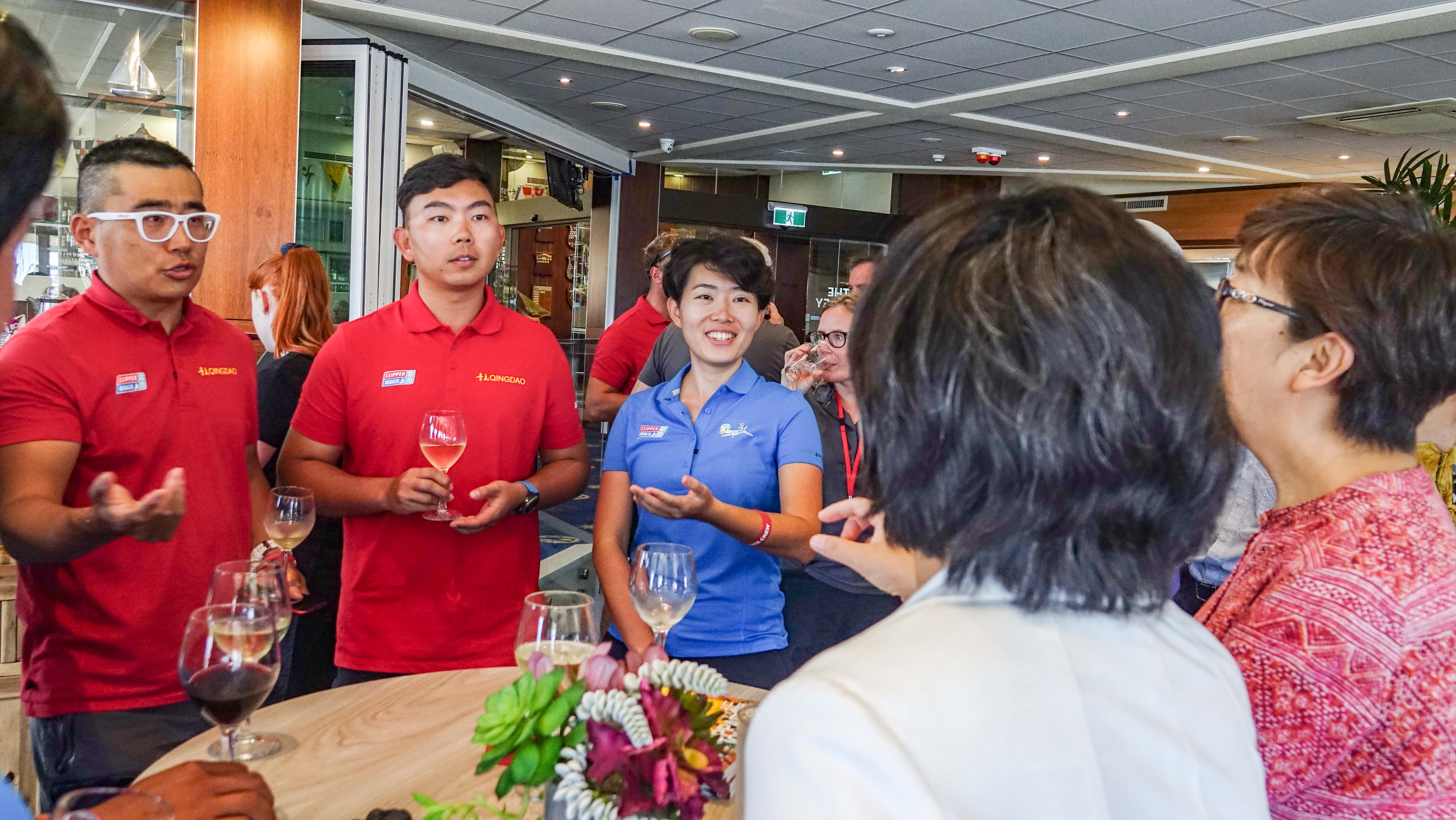 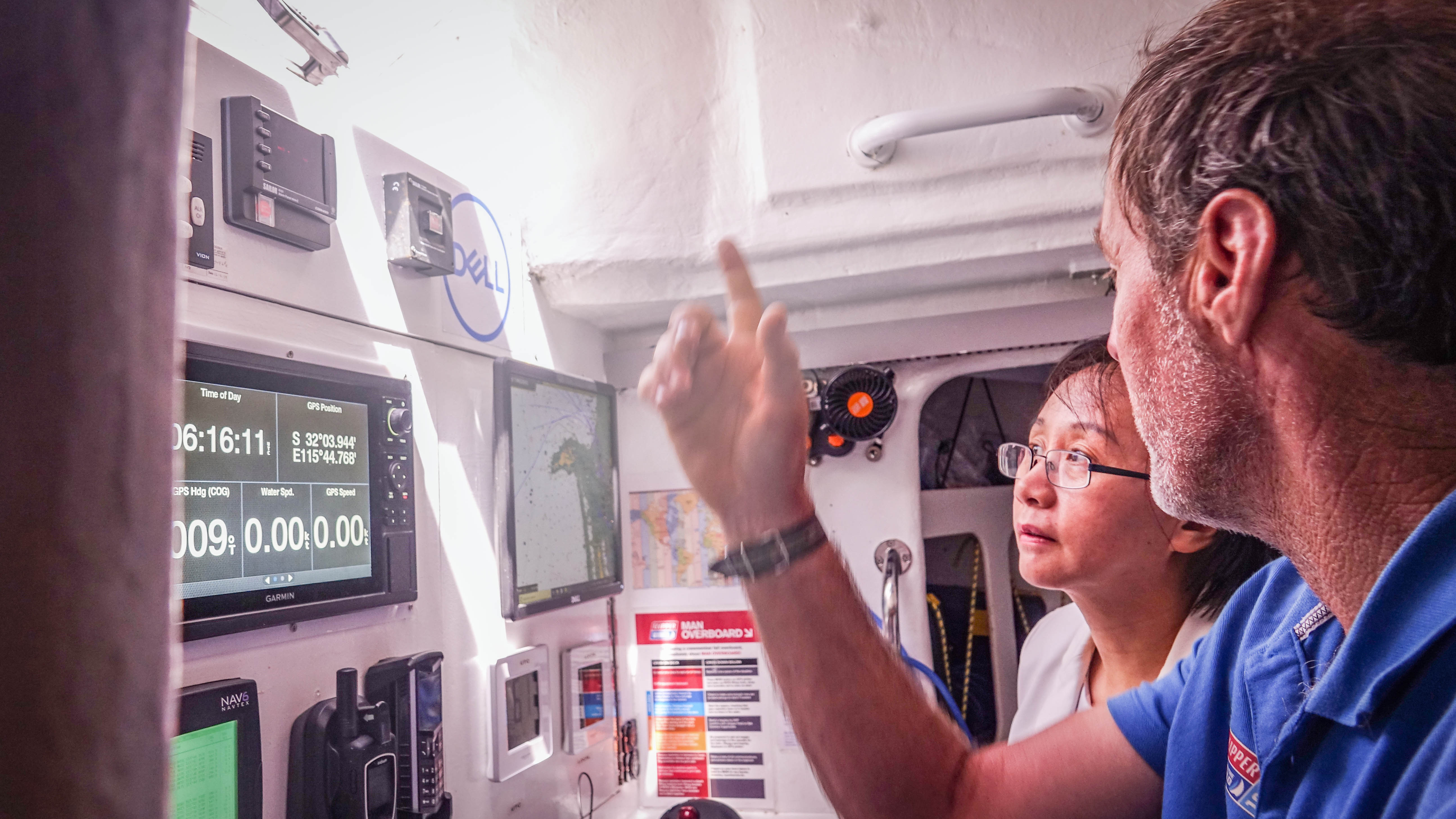 After a formal meeting with Sir Robin at Fremantle Sailing Club, which has been hosting the Clipper Race fleet between Leg 3 and Leg 4, the delegation had the opportunity to talk with Clipper Race Skippers and Ambassador Crew Members who have been selected to represent their respective cities in a leg of the Clipper Race. They talked about the conditions faced, the teams' achievements and the ways in which the Clipper Race has changed their lives. 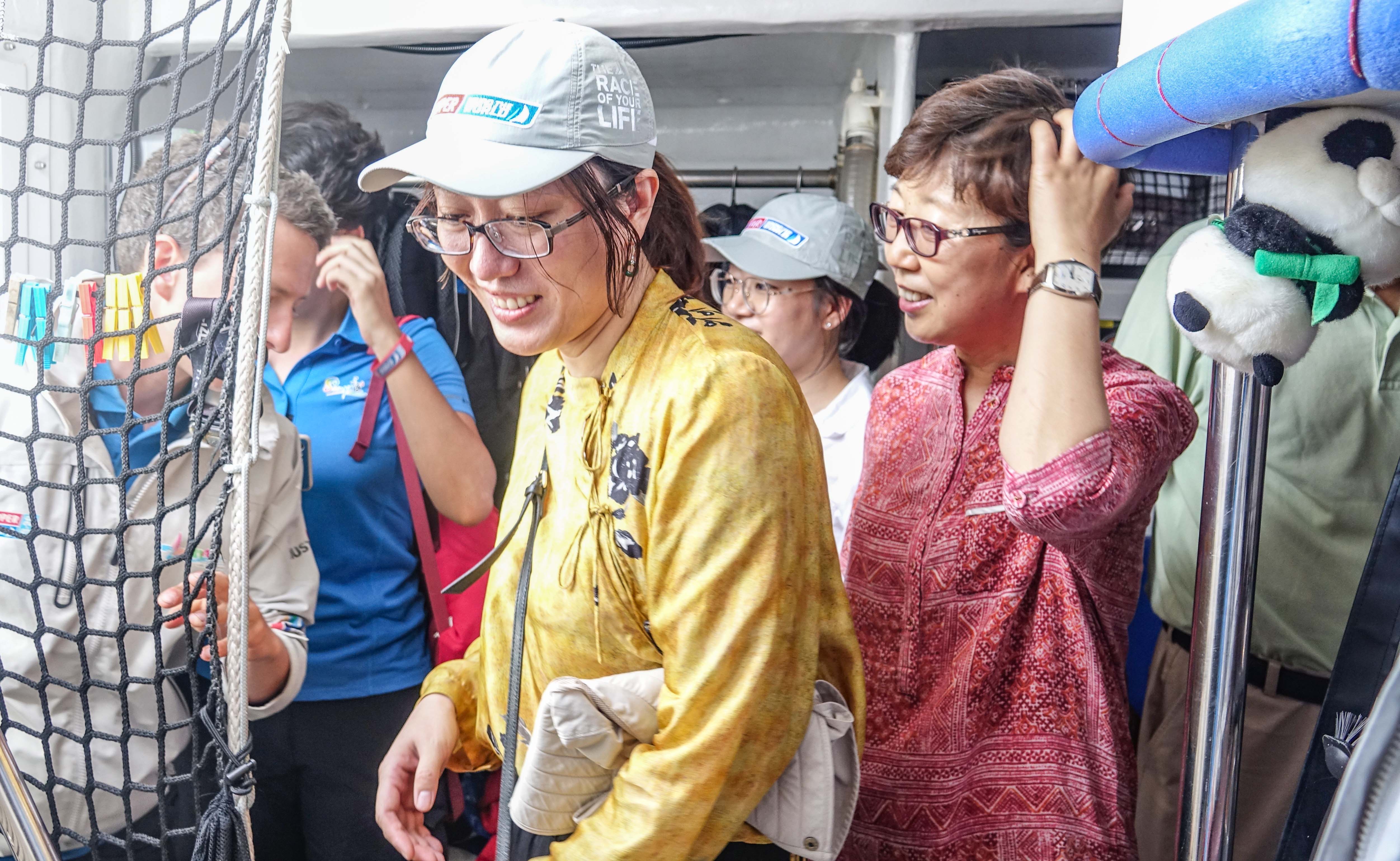 “The Ambassador Crew are so optimistic, full of energy, so friendly - I think they represent the face of modern China which I, as the Consul General of China, feel very proud of.” adds Madam Dong Zhihua. The Skippers and Ambassador Crew then took the chance to show the group around their Clipper 70 racing yachts. 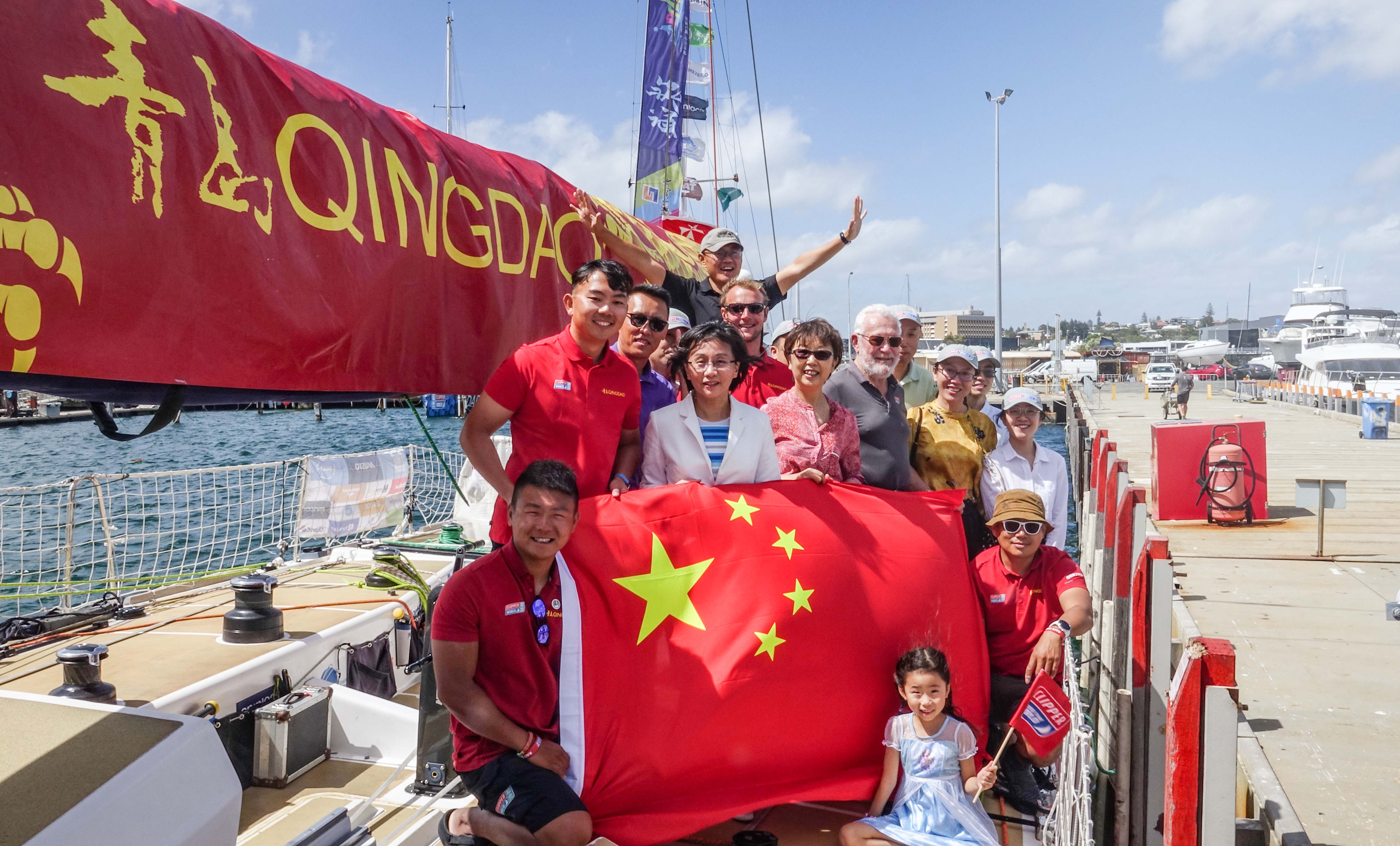 The fourth of eight legs that forms the global Clipper Race route gets underway this weekend on Sunday 22 December from Fremantle to Airlie Beach in the Whitsundays. Wishing you were spending Christmas racing to the paradise? You, too, could be taking on the challenge of a lifetime, no previous sailing experience required. Hit the button below to find out more.

Unicef completes the fleet into FremantleUnicef has arrived into Fremantle this evening, crossing the finish line at 12:24:46UTC. This race…

On a balmy summer’s evening, the Clipper Race teams who have arrived into Western Australia and a large number of supporters came together on Fremantle Sailing Club’s Sunset Deck to celebrate the results of Race 4: The Marlow Southern Ocean Sleigh Ride.The teams, having spent…

“There was a joke on the boat about me wearing my pearls, but you have to keep up standards!” said…

After a three-week game of cat and mouse across the Southern Ocean, between the two leading Clipper Race teams, it…