Race 8: The Sailing City Qingdao Cup has certainly been a race to remember for the Clipper Race teams as last-minute position changes and exclusion zone penalties meant that final leaderboard places came right down to the line. 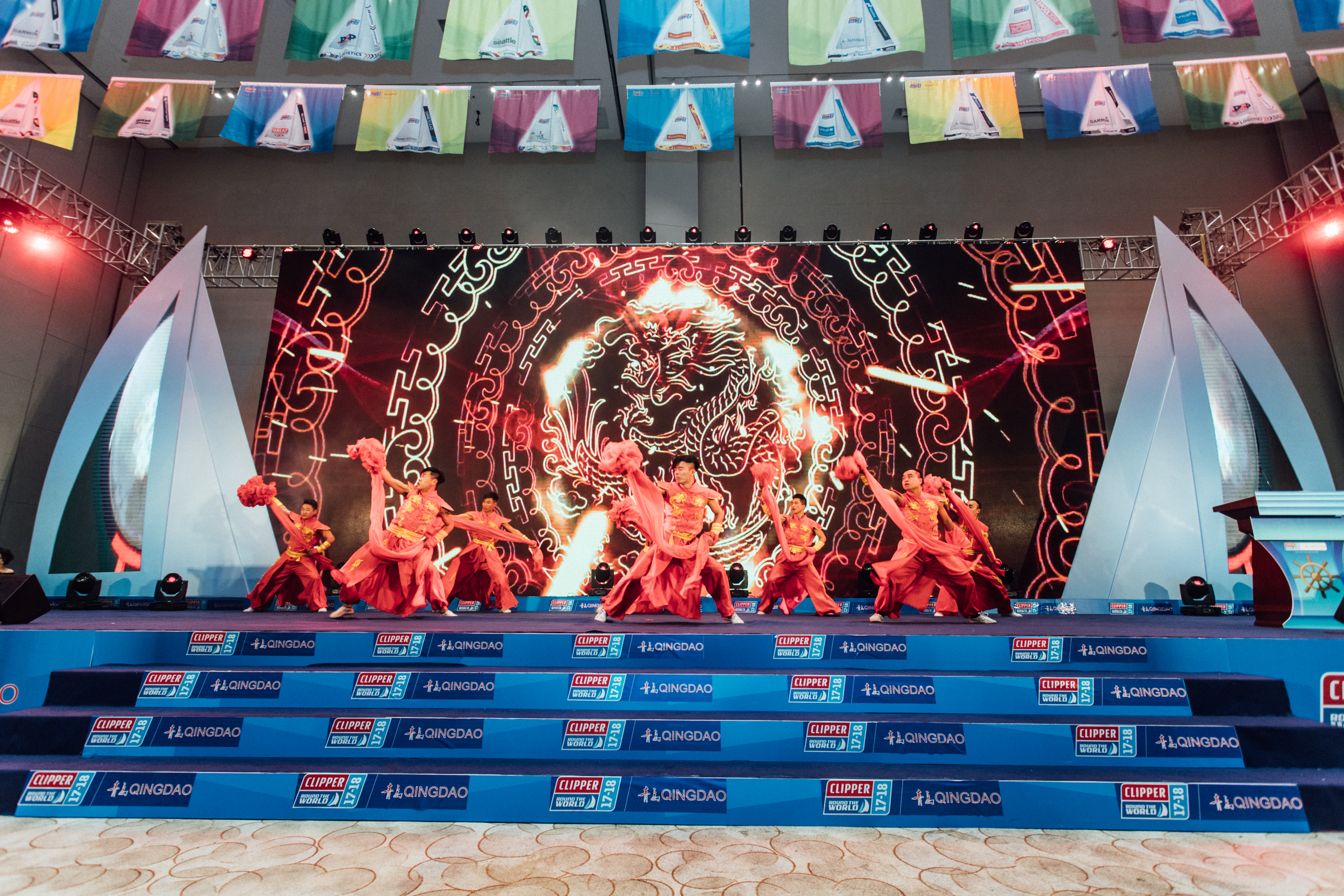 The Prize Giving Ceremony for Race 8, held in the West Coast New Area of the city on Saturday 17 March, was similarly one to remember with over 400 guests including Clipper Race crew, skippers, partners and the Qingdao Organising Committee coming together to celebrate each of the eleven teams’ successes during the eighth of thirteenth individual races in the 2017-18 edition. 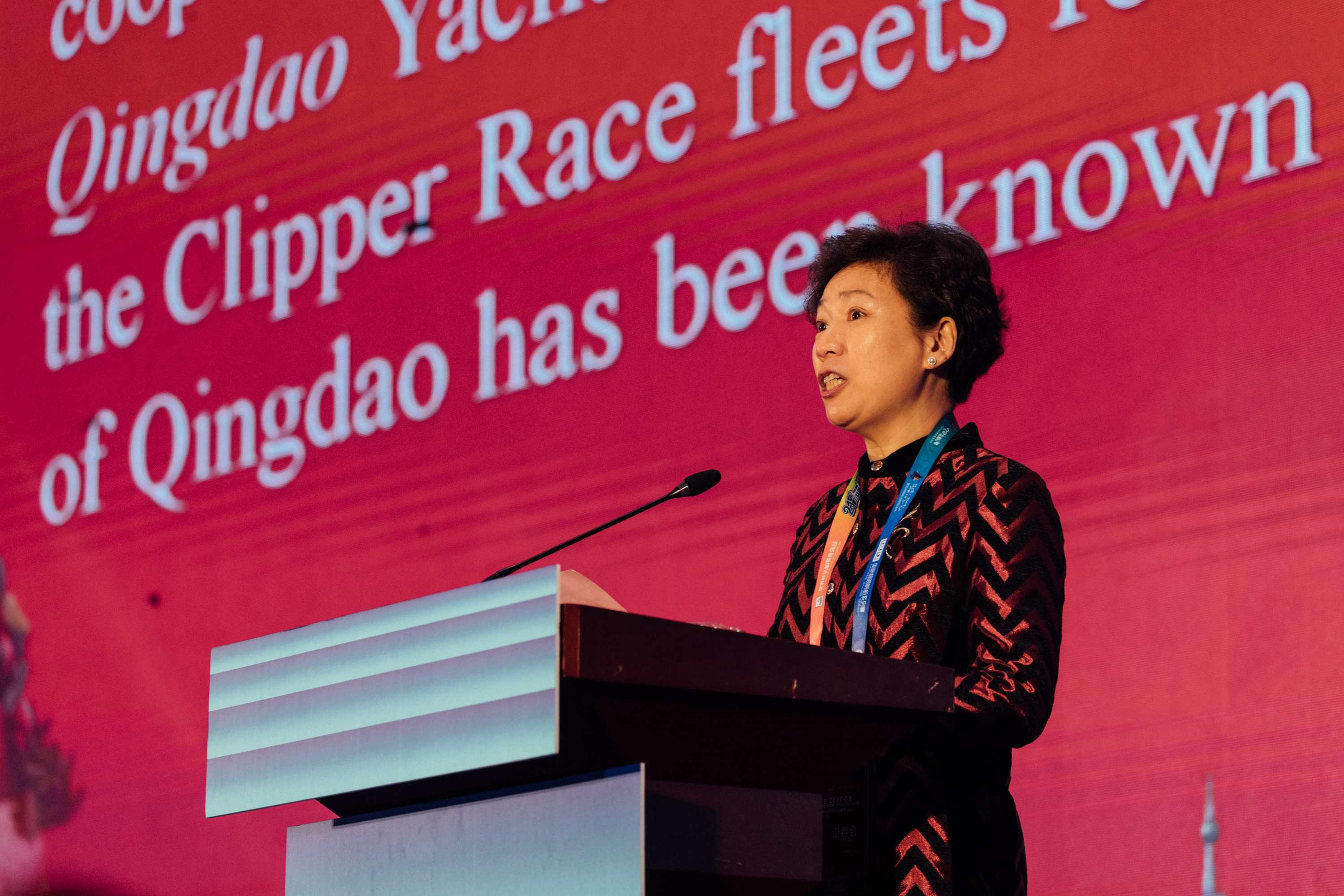 Opening the evening, Vice Mayor Luan Xin said: “The past 14 years has witnessed close cooperation between Qingdao and the Clipper Race. The Qingdao yacht has sailed around the world seven times, taking with it the messaging of the Sailing City and this year marks a new era in sailing development in China, with the Clipper Race coming to the Wanda Marina in West Coast New Area.

“I hope you will enjoy the enthusiasm of Qingdao and the charm of Chinese culture.”

After Clipper Race Director Mark Light revealed that the current Unicef fundraising total sits at £265,820.84, he called Debbie Francis, Leg 5 Liverpool 2018 crew member from Cheshire, to the stage to present her with an award for becoming the Leg 5 Unicef Charity Champion. Debbie, who has raised over £5,000 for the Clipper Race Official Charity, was also praised for her efforts with local press and publicity. 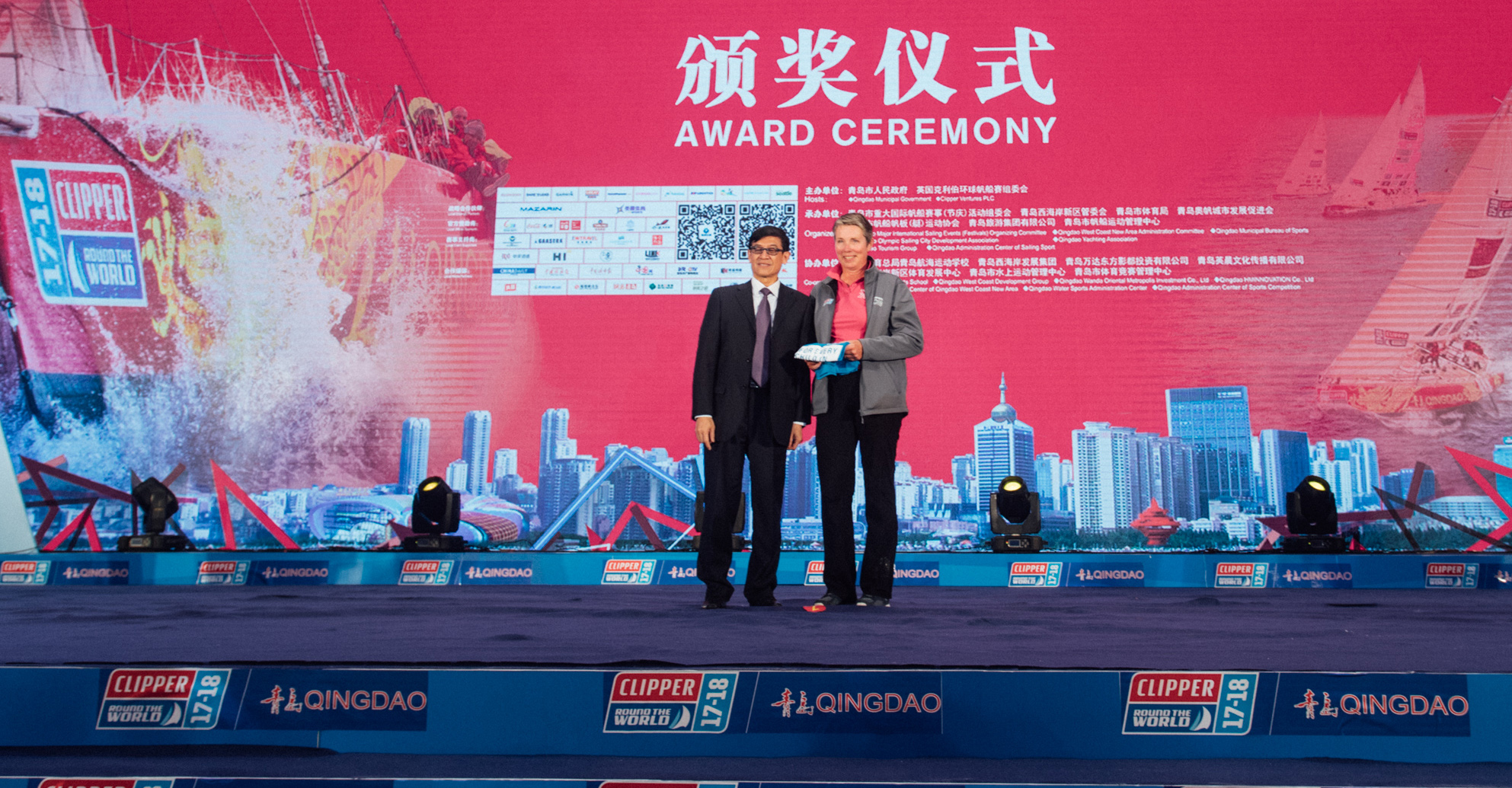 The next prize of the evening went to Nasdaq when it was awarded the Stormhoek Social Spirit Award not only for assisting Qingdao with a Watermaker spare part transfer during the race, but largely for the work of circumnavigating crew member Ineke Van der Weijden, from Holland, who communicates her Clipper Race story, virtually, during each race, to 750 school children through the ‘Op Zee’ project. 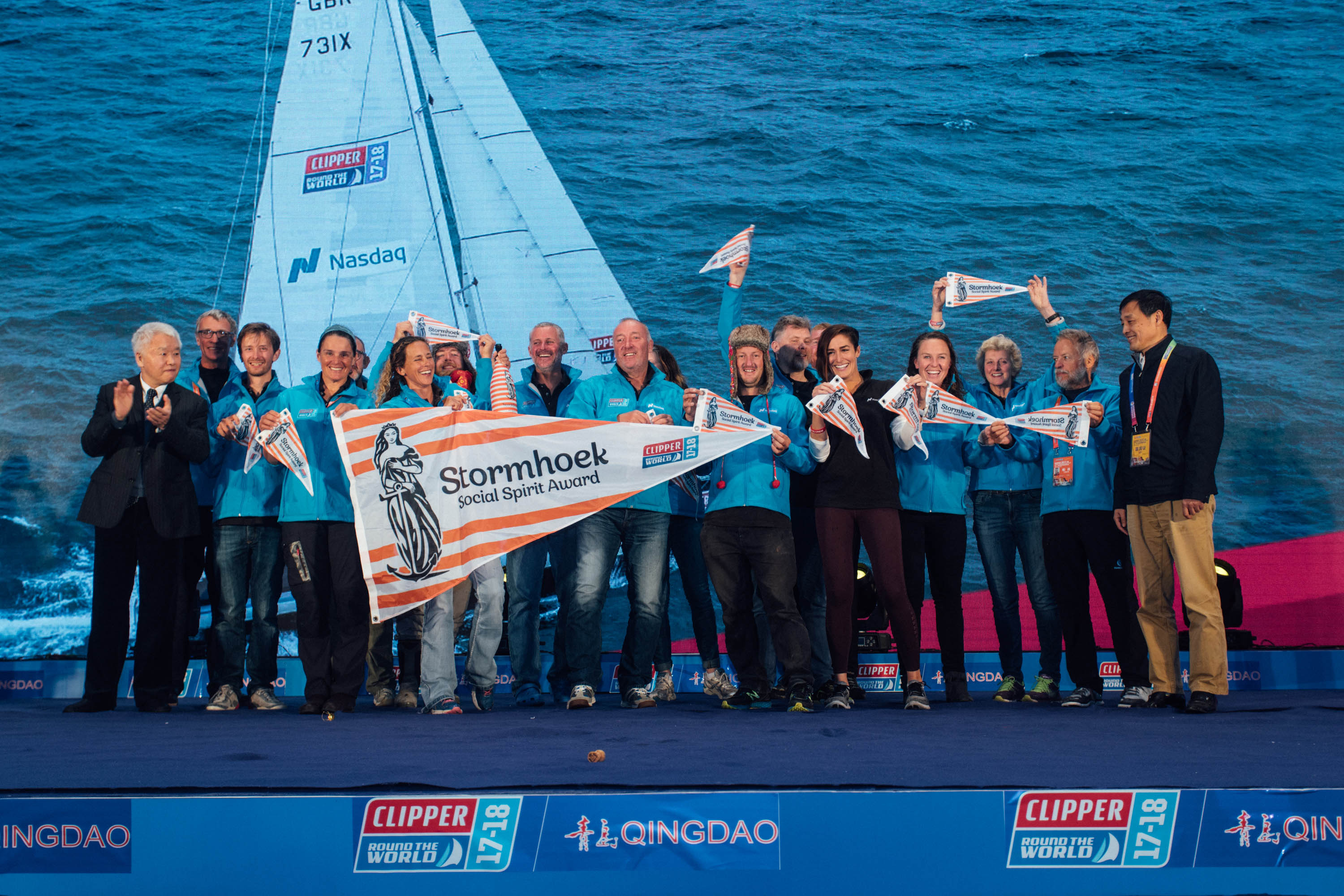 It was then time to congratulate the Elliot Brown Ocean Sprint and Scoring Gate winners with Garmin, Sanya Serenity Coast and Dare To Lead taking bonus race points for the sprint and Qingdao and GREAT Britain for the Scoring Gate.

The Henri Lloyd Photo Competition winner was announced and it was Visit Seattle’s Christine Laming, competing in Leg 5 and 6, who took to the stage to receive the prize for her photo of Skipper Nikki Henderson on board the team yacht during Race 8. 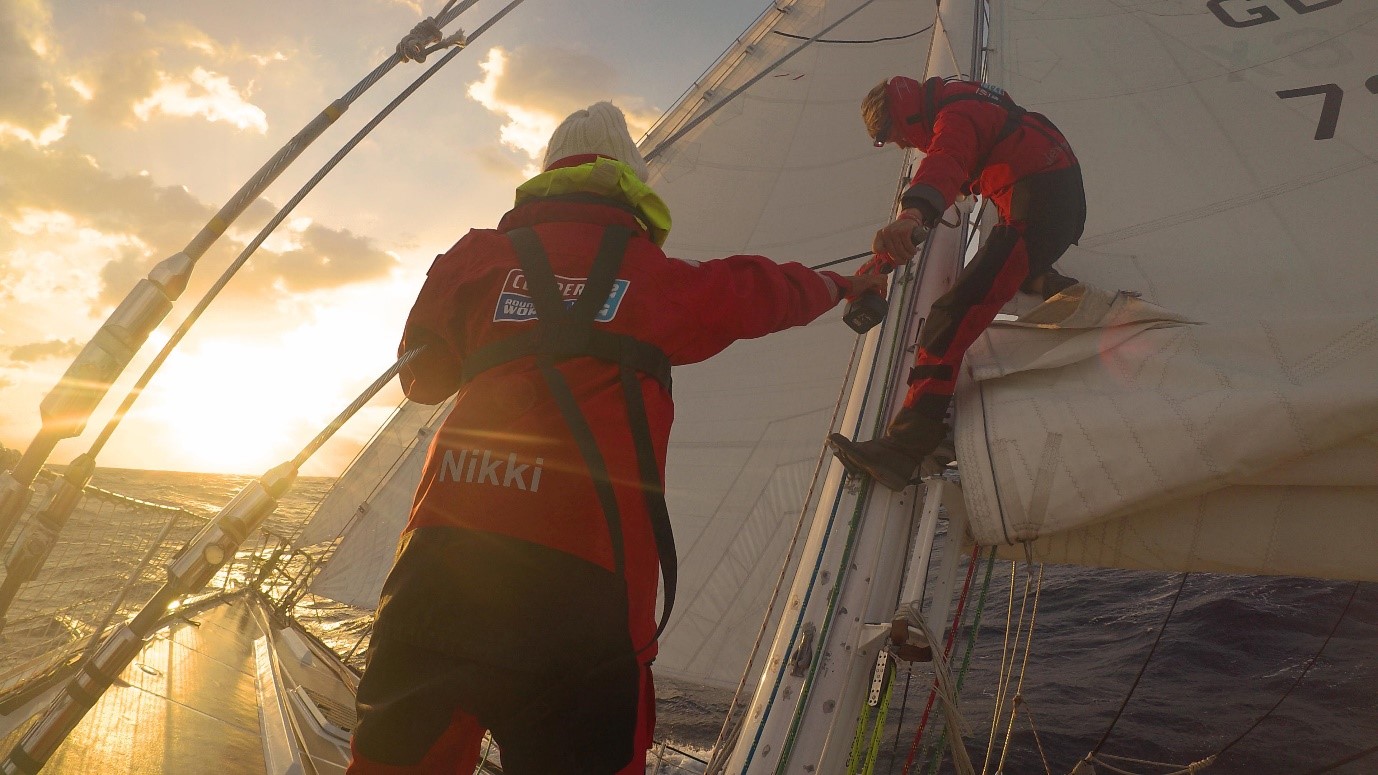 The stage was then set for the podium teams to collect the pennants for third, second and first places. 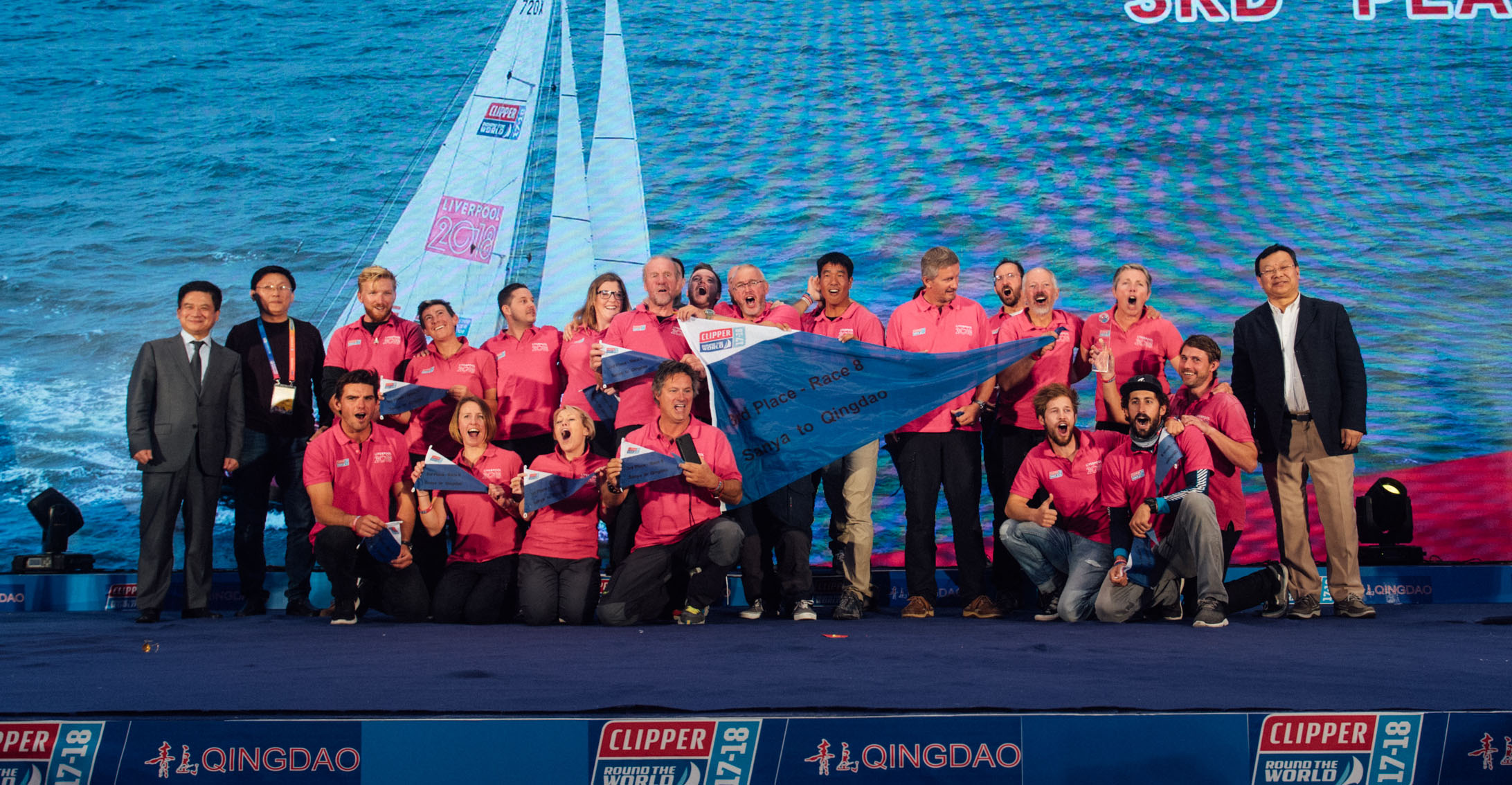 The Liverpool 2018 team took to the stage for the second time in the year 2018, last making the podium in the Whitsundays, Australia, in January, following Race 6 on the bright pink team yacht. 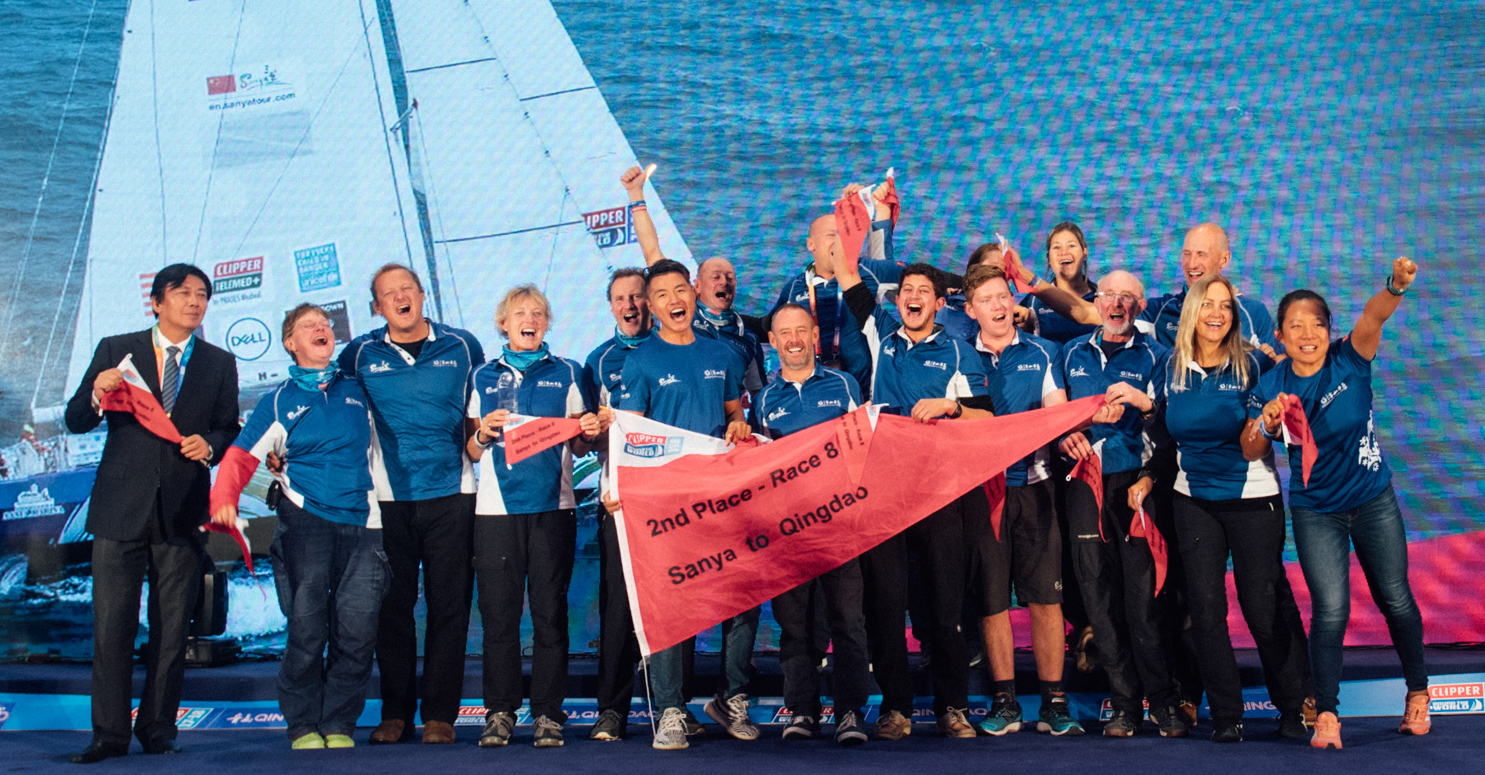 Skipper Wendy Tuck and her Sanya Serenity Coast team then took to the stage and were joined by the Vice-Director of the Department for Culture, Radio, Television Publication and Sports for Sanya city, Mr. Han Jianping, who had made a special visit to Qingdao to congratulate the team.

The Sanya Serenity Coast team was the only one to play its Joker upon leaving its home port, with Skipper Wendy explaining: “The decision was one that came down to a vote on board, the overriding vote was that we should go for it and the team is very happy about the decision!” 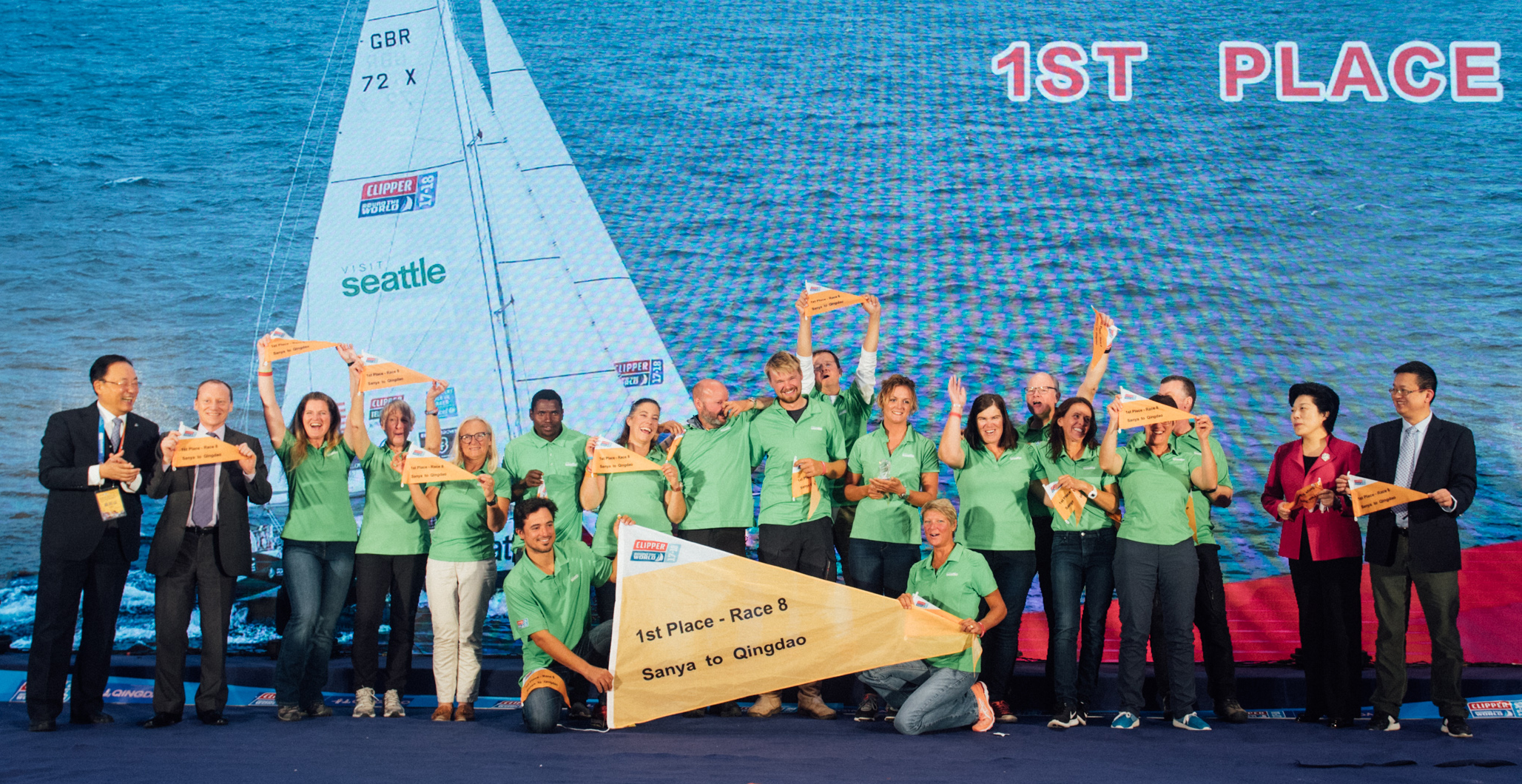 It was then the turn of the Visit Seattle team to claim its second first place pennant of the 2017-18 edition. The team has previously claimed one win and two podium spots, but also narrowly missed out on the podium twice, and the atmosphere in the room was electric as the team celebrated its win.

To cap off the celebrations, the Qingdao Organising Committee welcomed its home team, Qingdao, to the stage with Skipper Chris Kobusch before each of the Leg 5 leavers took to the stage to celebrate their achievements. 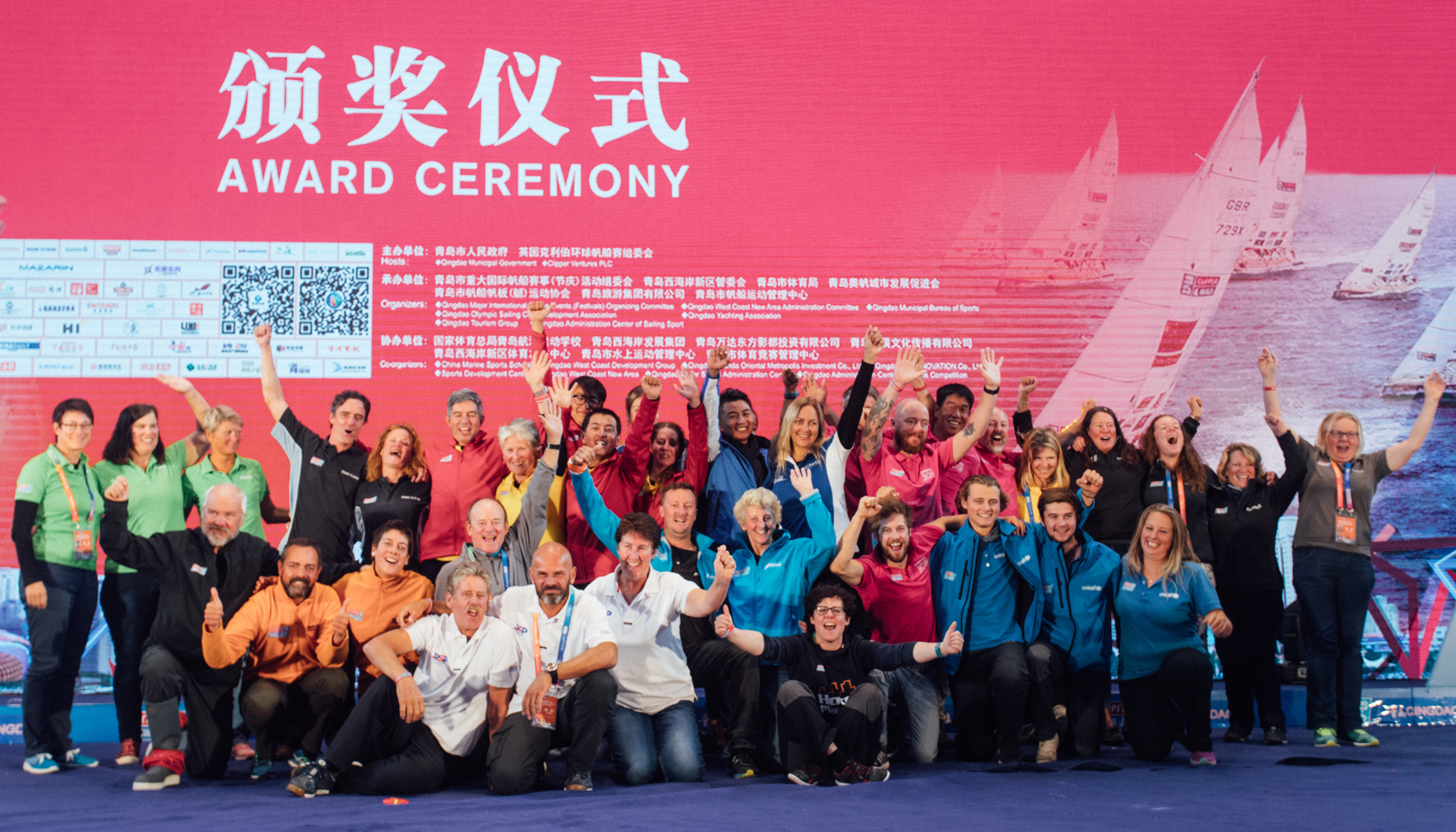 One last surprise was in store when Clipper Race Founder and Chairman Sir Robin Knox-Johnston, who was celebrating his birthday, was called on stage to celebrate with a cake. Clipper Race CEO William Ward OBE was also presented with a gift to congratulate him on his newly acquired OBE.

For further Qingdao Stopover information, head to the Host Port Page on the Clipper Race website.

It has been a day to remember at Wanda Marina and Yacht Club on Starry Island in Qingdao’s West Coast New Area. Not only is it the first time that a full ocean racing fleet has been berthed in the brand-new facility, but the close…