The positive news today is the wind finally arrived as forecast, allowing boat speeds and progress to pick up, though on the downside it’s still patchy and the weeds are thick in this area, meaning teams are still experiencing frustrations in their attempts to clear Japan and make it out into the Pacific.

It’s really close at the front of the fleet, with the top seven teams less than 2nm apart, taking on the appearance that they are lining up for another Le Mans start. 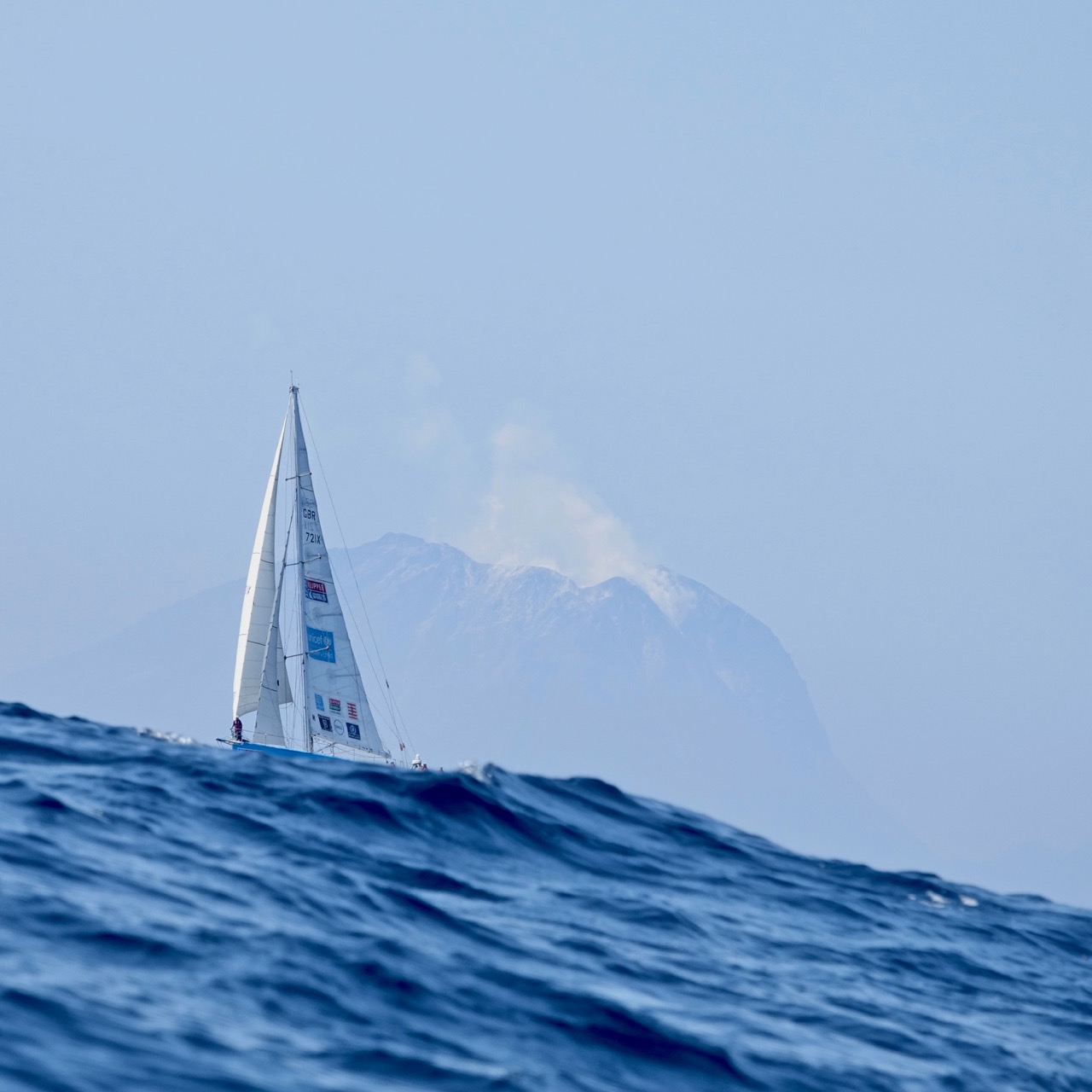 Lead Skipper Nikki Henderson of Visit Seattle, explains: “Well we moved - and then we stopped. This race has been testing to say the least. After sailing our socks off overnight and pulling a lead away from the fleet again we sailed straight into yet another hole and parked up...and since then we have watched everyone sail at 10 knots straight for us (vs our 4 or 5 knots). 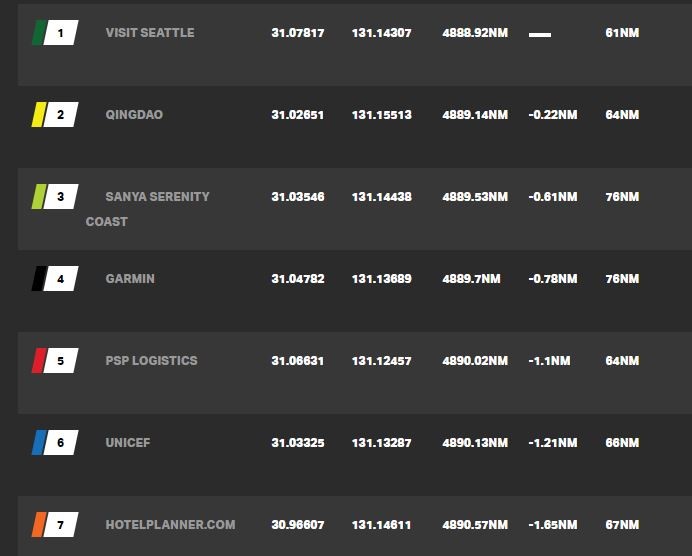 “It's an awful feeling - the pack of big white sails on the horizon chasing you down! But there you go. That's racing - and it is pretty fun to be in such close competition with everyone still.”

Visit Seattle remains in the lead, furthest north of the line, with Qingdao second and Sanya Serenity Coast now up to third place, though due to the proximity of the teams, these positions could easily change throughout the day.

Aside from the patchy winds which are keeping the leading teams attached to each other like a bungee cord, most blogs have certainly taken a more positive tone today, with many teams finally getting their Code 1 spinnakers up, allowing them to hone their light wind sailing skills.

Further good news as teams wait for the breeze to fill in more consistently is that the pesky fishing fleets and their nets have now gone, the weather has been sunny and warm on deck, and the scenery off the coast of Japan has been impressive.

The tight racing is also keeping teams on their toes and working hard. Conall Morrison, Skipper of HotelPlanner.com in fifth place, says: “During the night we had a port/starboard cross with both Sanya Serenity Coast and Garmin which was exciting, and today we have traded places with each a couple of times. The team are still trimming well and reacting to wind shifts with multiple sail changes, they are working hard and I am proud of their dedication.

“In the early morning we caught glimpses of clouds generated by orographic uplift over the volcanic island peaks. Now we have rounded the southern tip of the Japanese island Kyushu, the sun is out and the shorts are on, the Code 1 is flying and we can see five other Clipper 70s, so back to deck for some gybing.”

Liverpool 2018, eighth, Dare To Lead, ninth, and Nasdaq, tenth, are within 5nm of each other, just 15nm behind the leading pack.

In his blog today, Skipper Dale Smyth of Dare To Lead, says: “We have finally reached the bottom of Japan and are about to turn the corner into the mighty Pacific. We have not fared very well in the light wind lottery and have lost quite a few positions but everybody is still close with a very long way to go still.”

Mentioning a feature in these waters which has been hampering progress across the fleet, he adds: “We have been suffering with much weed on our rudders and have become quite adept at removing it with the boat hook. The scenery here is beautiful as we pass between islands around the South end of Japan and an active volcano on Yaku Shima has kept us company for the last few hours.”

Image: sent back from Charlie on board Dare To Lead

Furthest back, GREAT Britain is almost 50 nm miles behind Nasdaq. Skipper Dave Hartshorn reports that the team has been doing some soul searching on board, looking for ways to improve their position but does manage to stay positive too.

Dave says: “We have just passed Virtual Mark Keohane and are now heading towards Mandatory Gate Johnston. Suddenly it feels like we are making progress after the painful experience of the last six days, even if disappointingly the gap between ourselves and the fleet has opened up. What we mustn't lose is sight of reality as with still over nearly 5,000nm to go the percentage gap is minimal.”

The Pacific Ocean is getting closer and everyone is itching to get going however the forecast does look messy for the next few days, with continuing increasing and decreasing windspeeds, potentially including some headwinds in the mix, too. Teams will need to keep work ethic and concentration levels high and hopefully they haven’t used up all their positive mental attitude just yet.