Things are starting to look up for the Clipper Race fleet on Day 2 of Race 9; glorious sunshine has emerged after a challenging 24 hours for the teams trying to navigate their way through the notorious Chinese fishing fleet, and its many obstacles, in pea soup fog conditions.

Qingdao Skipper Chris Kobusch describes the conditions: “Since yesterday we have been sailing through thick, thicker and even thicker fog. At one stage the helm was not even able to see the bow anymore.

“This morning the fog lifted, the sun came out and we have been sailing along in flat waters and sunshine at around nine knots over the ground. It is still a bit fresh, but quite pleasant on deck. Champagne sailing in the Yellow Sea!”

His team retains the lead for a second day and he adds: “Somehow we managed to take the lead and even though it is still early days in the race, this is great for the crew morale. The next few days will be quite challenging, as the weather forecast suggests very light to no winds and we will need a bit of luck to make it through without losing positions. Time will tell.”

The top five teams are within ten nautical miles of the lead with PSP Logistics once again in second place. As the fog lifts, the teams are starting to see just how close the racing continues to be and Unicef Skipper Bob Beggs, currently in third place, reports: “Today the sun has burnt through and the horizon is now visible, we can clearly see PSP Logistics (good morning Skipper Matt) five miles ahead; earlier this morning we couldn't make out our own bow from the helm.” 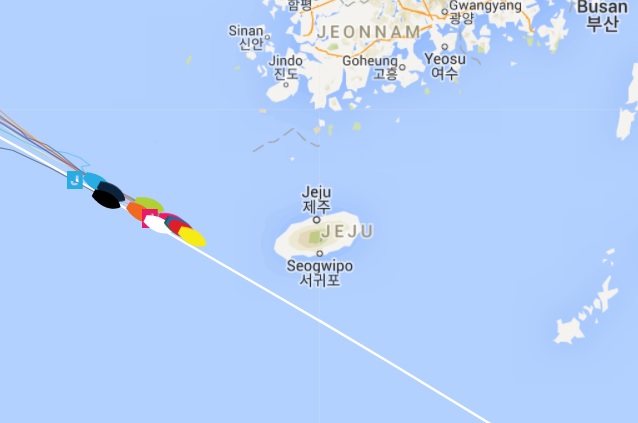 Nikki Henderson, Skipper of fourth-placed Visit Seattle says the sun has lifted the spirits: “About two hours ago we sailed out of the pea soup and into the most glorious day - sun shining, flat seas and a happy crew - the payment for this of course is lighter winds. But we are moving at the moment and every mile we make towards Seattle makes for a happy skipper and crew over here. We are going home!”

Liverpool 2018 has slipped to fifth place today but Skipper Lance Shepherd says that the light winds have provided an opportunity for the new crew, reporting: “The team are all fine and dandy and we’re taking advantage of the kind weather to run through a bit of wind theory and boat prep for the rest of the crossing.

“Although as frustrating as the low wind and flat seas have been, it has been great to get the leggers and rest of the crew to be able to establish the ship’s routine and really get into life on board.”

Around five nautical miles behind the top five is Dare To Lead and Skipper Dale Smyth is contemplating the next challenge ahead, saying: “We are all settling in well but almost don't feel like the race has even started till we round Japan and start getting some proper weather.

“The enormity of the North Pacific is actually beyond comprehension and probably best not to think too hard about. I've always found a good approach is to break a trip down into manageable mental portions. At the moment getting around Japan is our goal.”

Sanya Serenity Coast and HotelPlanner.com, in seventh and eighth place respectively, have lost some miles due to encountering obstacles in this busy area and HotelPlanner.com Skipper Conall Morrison reports: “Sanya Serenity Coast recently did a little donut to clean their rudders and we have spotted a scrap of abandoned fishing net just floating recently, so it is important to keep a sharp lookout.” 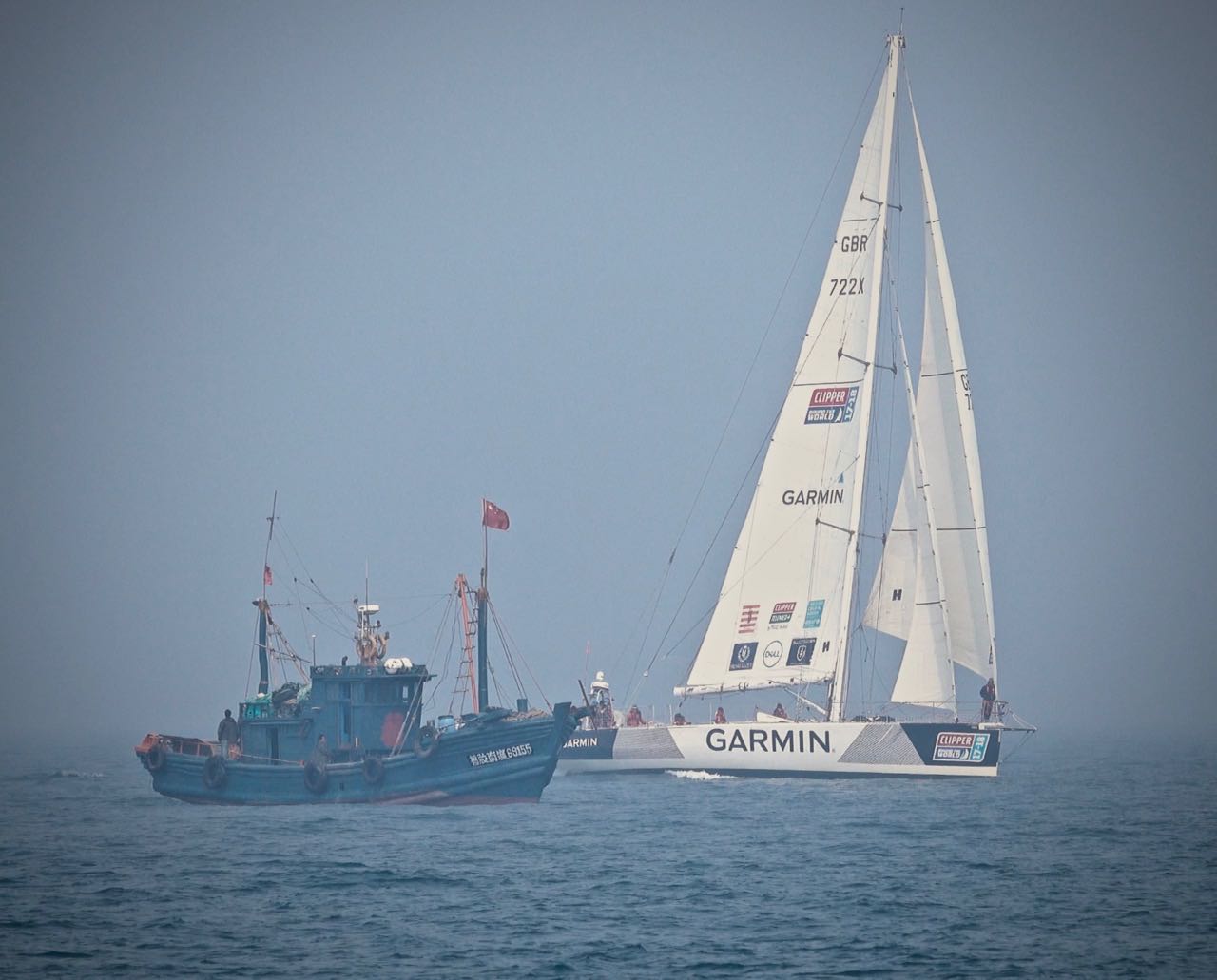 Around 40nm behind the lead, GREAT Britain has climbed a place to be in ninth position, with Garmin in tenth and Nasdaq in eleventh, and Skipper David Hartshorn has been describing some of the challenges, saying: “As the afternoon progressed we found a few wind holes, more fog and fishing and commercial shipping who appeared to like playing music over VHF Chanel 16 more than talking about collision avoidance.

“So, having watched the fleet slip away, we are now playing catch up and although there is still over 5,000nm to go, every mile gap between us and the runners in front seems equally challenging.”

Whilst the fleet is enjoying the sunshine for now, the visibility for the next 24 hours is forecast to be patchy due to the fog and Clipper Race Meteorologist Simon Rowell says that the high-pressure system isn’t showing any sign of going anywhere in a hurry.

Race 9, from Qingdao, China, to Seattle, USA, is officially underway after the thick fog cleared and the wind picked up sufficiently to allow for the delayed Le Mans start to take place at 0800 local (midnight UTC) this morning. Teams are now making best…

Since the dramatic race finish which concluded the Asia-Pacific Leg 5, Clipper Race crew have enjoyed a…