Race Finish, the day that can seem an age away, after an exhausting watch in the Southern Ocean, or seem to be zooming up far too quickly when there’s just a few races to go. This weekend, the Clipper Race team would be getting ready for the grand finale at Royal Albert Dock in London, but 2020 had other plans, with the current edition being suspended due to the Covid-19 pandemic. Whilst it’s very disappointing to have to wait a year for the closing event of the Clipper 2019-20 Race, Clipper Race alumni have shared some of their memories of this momentous day, showing what’s in store for Race Crew in 2021.

Bittersweet seems to be a feeling that crops up often when thinking about Race Finish. Crew experience joy at seeing their loved ones again and feel an incredible sense of achievement of what they have achieved whether on a single leg, multiple stages or round the world as a circumnavigator. On the flipside, there’s wistfulness that the adventure has come to an end.

Crew member Greg Wilson, took part in the 2013-14 edition as part of the Switzerland team and is full of praise of how his skipper made the last day so special. He says: “Switzerland had guaranteed fifth place prior to the last race. We couldn't place higher nor could we place lower. Having worked strongly together as a crew from the outset, the awesome Vicky Ellis left us to it for the last race, letting us make all the calls. It meant the last race back to London was huge fun, with the whole crew knowing that whatever place we achieved in the last race, it was as a result of what we had learned from Vicky and each other throughout the year and more we had been together.

“We started up the Thames on a high and the high just grew as we discovered how many people were out to see us and the fleet return home! We all knew that the ’last time on the stage’ was not the last time we would see each other.”

The Clipper 2011-12 Race finished in Southampton, and one crew member has described how a fishing boat was someone surprised at the spectacle heading its way. Explains former Race Crew Russell Sandbach, “I was on the bow on board Geraldton, Western Australia and I remember watching a police boat arguing with two fishermen in a tiny boat which had anchored in the channel. They were adamant they had every right to be there and weren't going to move. In the end the police just said “look behind you”. They turned round and saw us, 100 feet away, looked shocked, then I swear I saw them look past us and fear crossed their faces before mild panic to get their anchor up and engine going to get out of the way. 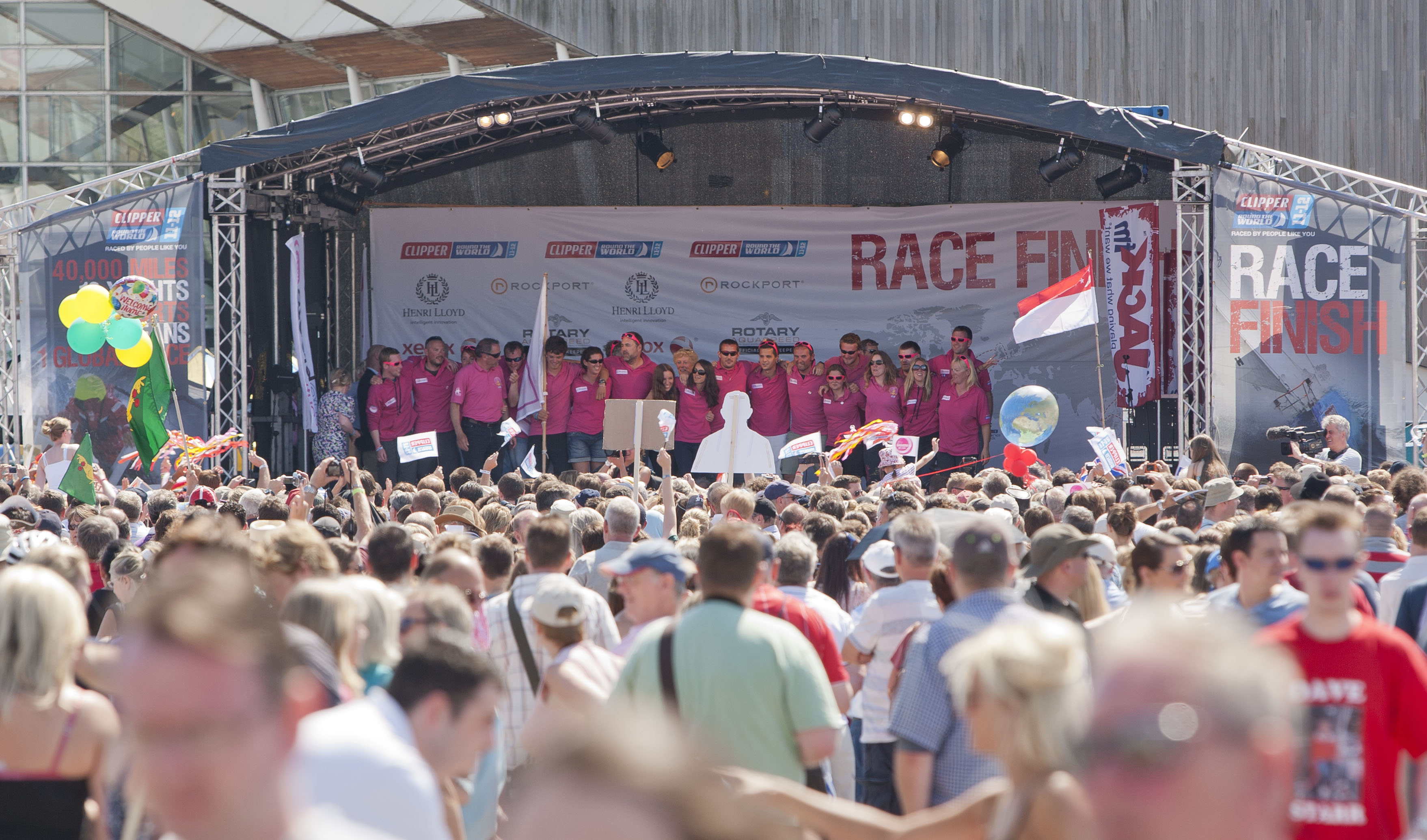 “I turned around to tell the skipper on the helm what was happening and realised we weren't alone, there must have been 50 plus boats following along behind us. One was a Clipper 60 doing a Level 1 course. It was great seeing the excitement on their faces knowing what adventures they had to come.”

Steve Coles-Reid, a Welcome to Yorkshire crew member from the same edition added, “ I was a round-the-worlder and it was a very surreal day. Our return was spearheaded by Sir Robin on Suhaili. Both the start and finish were overwhelming with the amount of spectators and boats.” 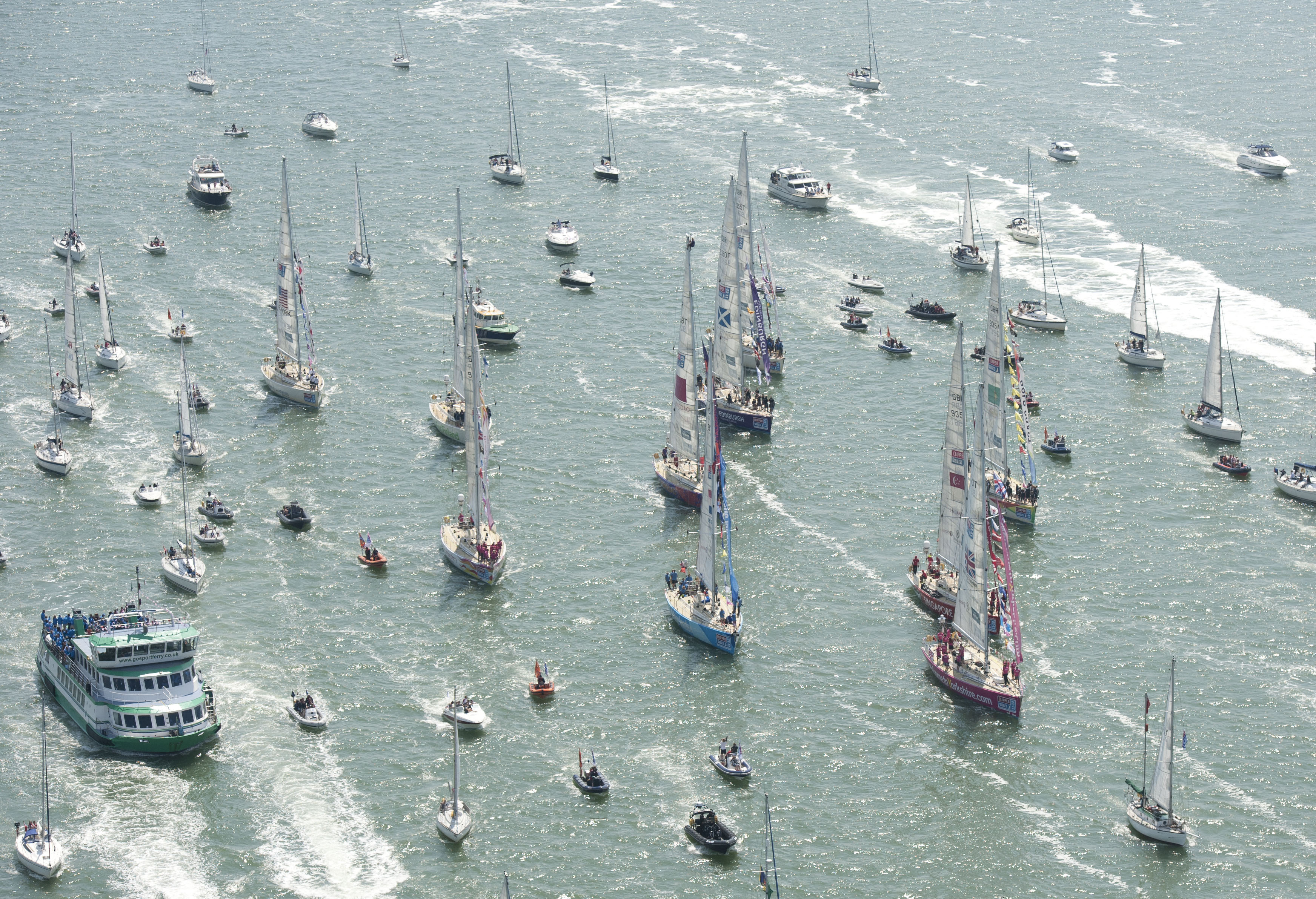 Mixed emotions are common for circumnavigating crew. One such round-the-worlder, Andrew Jagoe-salter, competed as part of the Qingdao team in the 2015-16 edition. Andrew says: “I loved the sailing when it was wet and wild, especially the high speed surfing in the South Atlantic and around Tasmania. The Race Finish coming up the River Thames will always provide great memories of mixed emotions. Part of me was looking to get away from the boat but then I was dreading coming off it for the last time and truly wished we could start the race all over again for another 11 months.

“The sea gives you so much freedom and at the same time, so much uncertainty which keeps you on the edge of not knowing what is to come.” 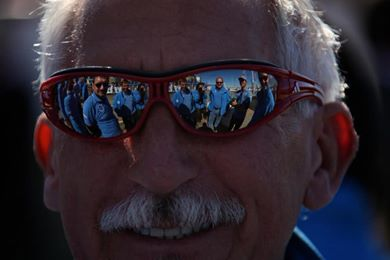 IMAGE: Peter R Smith - "Reflecting on an adventure that we will celebrate the 10th anniversary in 2021."

Clipper Race Finish is as much a day for Race Crew Supporters to enjoy. Over the race year, they have keenly followed their loved one’s progress and maybe even been to a stopover or too. But nothing beats the feeling of finally seeing your favourite crew member arrive into port on Race Finish day and having them home.

Alison Spencer’s husband was on the winning team in the Clipper 2017-18 Race, Sanya Serenity Coast. Alison says, “My husband had done the first three legs on the boat that eventually won, so we went to Liverpool to welcome her in. We were all emotional meeting different crew members and their supporters.”

A fellow Race Crew Supporter, Joanna Onwood, whose partner was competing in the same edition has also been reflecting on her race experience. Jo, who was able to attend several stopovers says: “Every time they came into port including Race Finish it was amazing. There was such excitement, with all the supporters together. It was so friendly, like one great family gathering. I met supporters over the whole year and we supported each other through our Facebook group which was invaluable. I have made a lot of lifelong friends.”

It was a family affair for Suzy Kitching in the Clipper 2015-16 Race as she had not one, but two daughters competing. Mum to Holly (a nurse), and Grace (who now works at Clipper Race HQ), Suzy had double the fun at Race Finish in St. Katharine Docks. Suzy says: “We’d been following the race from the start and enjoyed attending the stopovers in Seattle and Derry-Londonderry. All our family and friends came to London for the weekend, with over 20 of us watching the girls (Holly and Grace) sail up the Thames with their teams, Garmin and PSP Logistics. We were lucky enough to be on the supporters boat and there were definitely tears.

“It was great to catch up with our girls’ teammates and also my supporter friends I’d made along the way. We stayed in St. Katharine Docks and one of our friends had a boat docked in the marina so we went for champagne and nibbles once the big ceremony had finished. We stayed for the full weekend with lots of celebratory brunches, lunches and parties into the night. It was such a great atmosphere. We loved being part of it all, apart from having to collect all the bags of smelly kit.”

Russell Sandbach: Over too soon

The Clipper 2019-20 Race will resume in February 2021, seeing the completion of the final three legs. Find out what the intrepid Race Crew, including Terri Fisher, Abdelhamid Abouyoussef and Zheng Yi have experienced in their race edition so far, by visiting the Clipper Race News Hub. Interviews are currently taking place for the Clipper 2022-23 Race. If you think you have what it takes to become an ocean racer, or want to find out more about the race, sign up for a Clipper Race webinar.

“I found the answer to a long unanswered question.” Said Abdelhamid Abouyoussef about taking part in the Clipper Race. Like…

Zhuhai Ambassador Crew reflections one year on from completing training

A year on from completing their Clipper Race training programme, the Zhuhai Ambassador Crew members share their memories, photos and…