The Rolex Sydney Hobart Yacht Race (RSHYR) is an iconic event on the Australian sporting calendar but this year, more than ever, the blue water classic will have a strong international flavour, largely thanks to the Clipper Race.

Of the 28 nationalities represented in the RSHYR, 26 of them can be found in the Clipper Race crew. To highlight the diversity of sailors taking part in the 650 nautical mile dash to Hobart, a selection of the internationals taking part in the RSHYR gathered together to speak to the media at the Race Village at the Cruising Yacht Club of Australia, including Clipper Race crew Gerardo ‘Jerry’ Injoque and Samantha Harper.

Sam Harper, a RTW crew member onboard Dare To Lead, said: “Prior to joining the race I didn’t really have a sailing background but part of the appeal was that the Clipper Race opens up sailing to novices, who may not have had many opportunities to experience the sport. 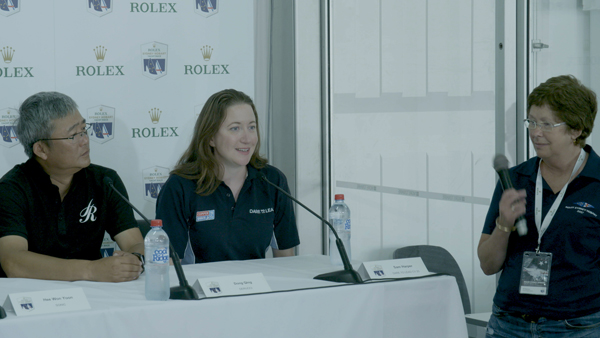 “I live in a very cold remote northern part of Canada where there is ice six to eight months of the year so this has been a great opportunity to experience higher lever ocean yacht racing in a very welcoming instructive and inclusive environment. The Sydney Hobart race is pretty iconic so even just being amongst sailors this is iconic to be a part of and the Clipper Race has opened up that opportunity as well.”

Jerry, who is circumnavigating the world on board Garmin, is just the second Peruvian to take part in the 73 editions of the RSHYR.

Jerry, like Sam, has already raced some 17,000 nautical miles on board Garmin since the Clipper 2017-18 Race began in Liverpool, UK, in August. With that sort of warmup, Jerry says: “I am extremely excited. I was just talking to my family and friends in Peru back home and when I explained what I was about to do on the 26th December, I said ‘it’s like if you play soccer with your friends every weekend and then you are invited to play with Barcelona football club one match against Real Madrid’. I think for all Clipper Race crew it is more than just the cherry on the cake, it’s the icing as well to be able to take part in this iconic race. 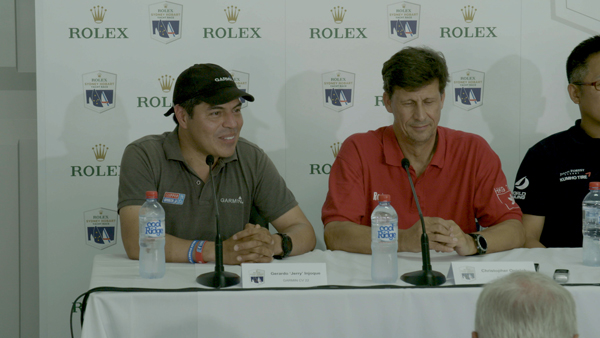 “I used that soccer analogy with friends as it’s that big and a privilege to be here. It’s a beautiful harbour - I had never seen so many sail boats in my life when we arrived on Saturday. It was a bit scary and I think Race Start will be hectic. Thank God, the skipper will be on the helm but it really is very impressive - you feel that the sailing community here and the quality of the professionals is impressive.”

Also taking part in the Internationals Press Day at the RSHYR Village were German yachtsman Christopher Opielok from Rockall, Andrew Rho on the South Korean Sonic, and Chinese sailor Dong Qing of Derucci.

Jerry finished by saying: “Although it’s only five days, and for those of us doing the Clipper Race this is a short race, it will be intense and you can get some serious weather. So, since we have arrived we have been working on the boat just to have it ready; if we take care of the boat the boat is going to take good care of us. It’s really all about preparations to be able to race against one of the most competitive fleets in the world so we are working on that and we are going to be ready.”

The RSHYR, which doubles as Race 5 of the Clipper 2017-18 Race, will begin on Boxing Day in Sydney Harbour. This is the third time the Clipper Race fleet has taken part in the 650 nautical mile race to Hobart, and you will be able to follow the teams throughout the race on the Race Viewer.