A dead heat has been declared for the first time in Clipper Race history, with both GREAT Britain and Nasdaq to share eighth place in Race 4: The ClipperTelemed+ Tasman Test.

Clipper Race Director Mark Light says: “It’s great racing. We have had some really close finishes over the years, finishes by just seconds, but this is physically too close to split, it’s a dead heat. It doesn’t really get any closer than this.”

Despite racing for 14 days and approximately 2,500 nautical miles from Fremantle, Western Australia, GREAT Britain and Nasdaq were neck-and-neck as they entered Sydney Harbour on Saturday 16 December but swapped positions frequently. With the two teams matching each other gybe for gybe, it remained close right until the end, with not even the Skippers and crew able to determine who had made it across the line first. 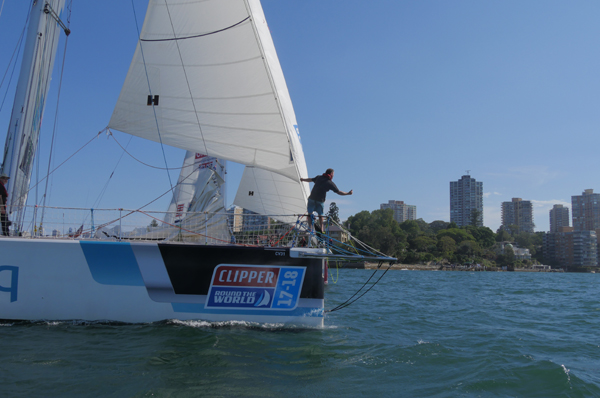 GREAT Britain was originally awarded eighth place by just seconds in the immediate aftermath of the race finish. But, as usual with very close finishes, photographic evidence from both boats was examined by the Clipper Race Committee, who quickly announced the result to be inconclusive and too close to call.

“I think even having a boat on the line and trying to eyeball it, it was impossible. It was that close,” says Mark.

“So, we had to examine photographic evidence from both boats, which is the normal procedure in a close finish, and we found from both photos and video footage that it was inconclusive. We could not split the teams.

“We took it further and examined photographs and video from a media RHIB (Rigged-hulled inflatable boat) and photographs from shore based positions and we’ve tried to split it there. Some were taken on the line, some close to the line, but in the end, that still wasn’t good enough. 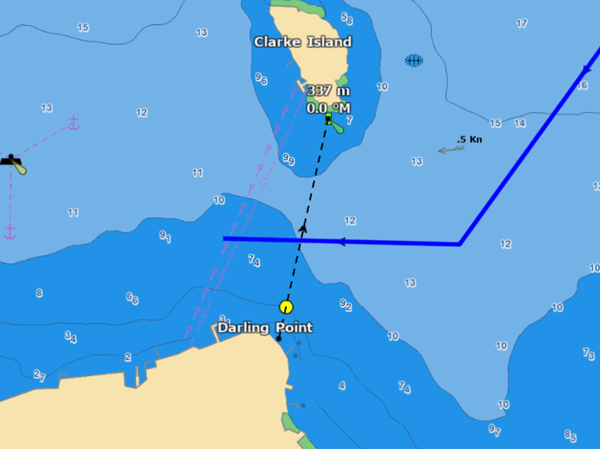 “So, myself, my Deputy Race Director and some other members of the Race Office took a RHIB out on the water and we replicated one of the closest photos that we’ve got from our official photographer. We very, very carefully noted down the position where that photo was taken and we found that there was an extremely close photo that was taken just before the finish line which again shows the boats a hair’s breadth apart. You couldn’t really tell who was in front. So, it was very clear to me that when GREAT Britain and Nasdaq got to the finish line it’s absolutely a dead heat, impossible to split.

Mark adds: “Even down in eighth and ninth position, we’ve got to get the decision correct and I think we have done that. And after not being able to split it on board the boats, I think both teams are going to be very happy.”

The decision means GREAT Britain and Nasdaq, currently third and eleventh respectively in the overall rankings, will both be awarded five points for finishing in equal eighth position. Liverpool 2018 and HotelPlanner.com will still be recorded as officially finishing in tenth and eleventh place respectively.

To see the overall leader board, please see the Race Viewer on the Clipper Race website.

RACE UPDATE: Based on photographic evidence from both GREAT Britain and Nasdaq the result is inconclusive. Eighth and ninth place…

All eleven Clipper Race yachts are now enjoying life at the Cruising Yacht Club of Australia in Sydney, following the arrivals of Liverpool 2018 and HotelPlanner.com.Liverpool 2018, affectionately known as 'the Pink Boat',crossed the finish line at 17:17:00 (06:17:00 UTC) to…

Qingdao has claimed it's maiden podium for the Clipper 2017-18 Race, after finishing third in a thrilling finish to Race 4: The ClipperTelemed+ Tasman Test.Led by Skipper Chris Kobusch, who spent a number of years living in Sydney, Qingdao crossed the finish line at 09:43:06…