All eleven Clipper Race yachts are now enjoying life at the Cruising Yacht Club of Australia in Sydney, following the arrivals of Liverpool 2018 and HotelPlanner.com.

Liverpool 2018 certainly made a statement, with Sydney local Nick Redman dressed to impress as the Pink Panther (the team mascot) and waving an Australian flag on the bow as the team made its way across Sydney Harbour. He said: “It is so good to be home, it’s honestly amazing. It’s a little bit later than we would have liked but these things happen and we’re here.”

For RTW crew member, James Macfee, it is his first time in Sydney and the welcome the team received did not disappoint: “It’s amazing. I’ve never been here before. What a beautiful harbour it is – the most amazing place that I think I’ve seen, it’s certainly a highlight!"

The team finished strongly after a challenging race and Skipper Lance Shepherd said upon arrival into Sydney: "It’s been tough with all the wind shifts, the wind holes and everything else. We had total steering failure on both helms at one point, which was challenging but we were able to sort it out as always. That set us back a little bit but we quickened the pace towards the end. I couldn’t really believe it until I saw the Sydney Harbour Bridge and the Sydney Opera House and I thought ‘Wow, we’re nearly there!"

Arriving a few hours after Liverpool 2018 was HotelPlanner.com who crossed the finish line on Sydney Harbour at 20:24:50 local (09:24:50 UTC) to officially bring Race 4: The ClipperTelemed+ Tasman Test and the first stage of the All-Australian Leg 4 to a close under a glorious sunset.

"We didn't really make any mistakes we were just a wee bit slower going downwind. When it was quite windy, we avoided the windiest bit and that slowed us right down. And then we got stuck in a few wind holes after coming round Tasmania and a couple of times we could see the boats ahead but they just got wind before us." 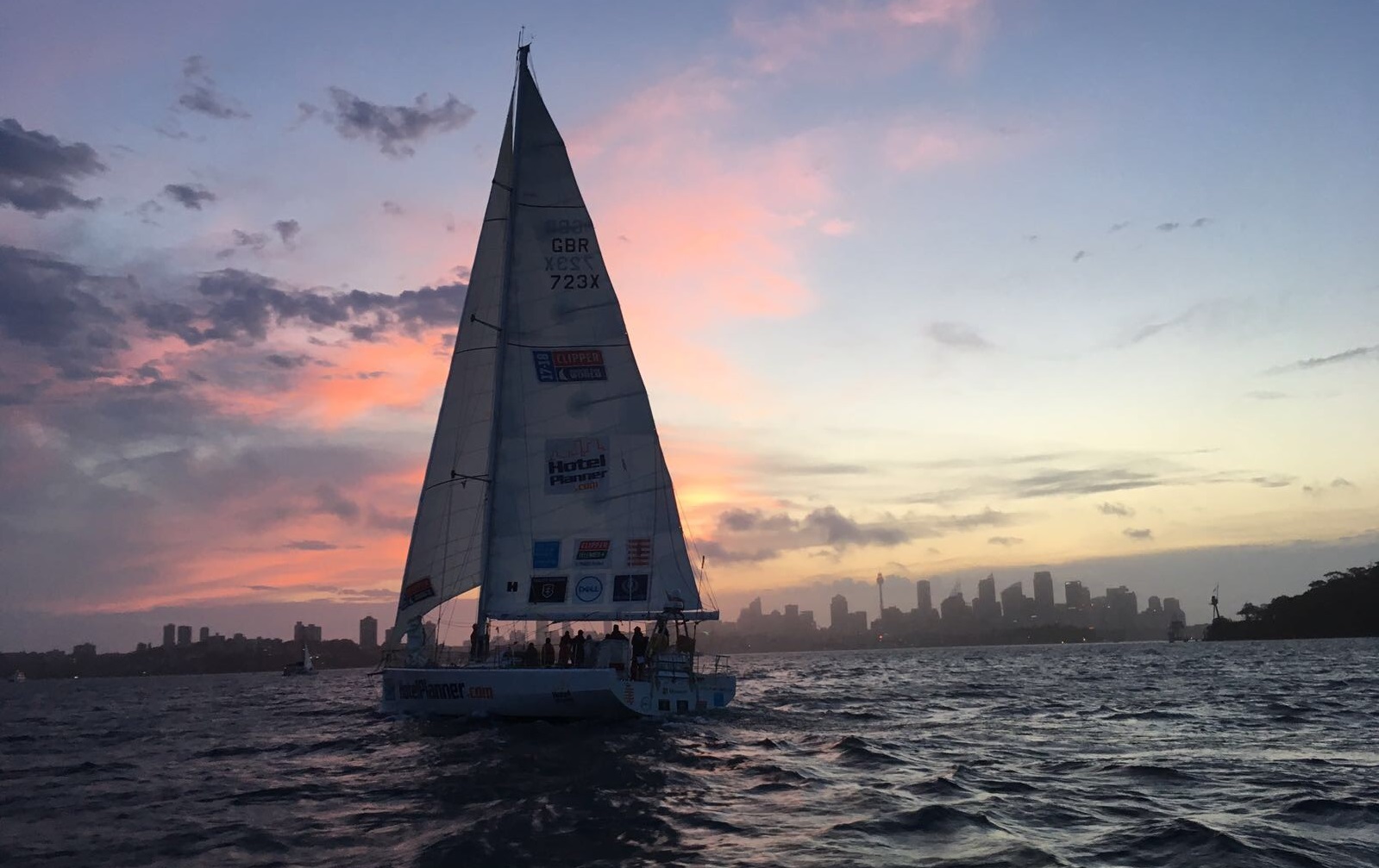 The team got off to a strong start to Race 4, and featured in the top three for the first few days of racing after leaving Fremantle. But on Day 7, after heading further north than planned to avoid some seriously strong winds, HotelPlanner.com slipped down the rankings to sit mid-fleet for the majority of the race.

HotelPlanner.com narrowly missed out on collecting points again in the Elliot Brown Ocean Sprint after setting the fourth fastest time but there was more bad news to come, with the team falling foul of the fickle winds off the east coast of Tasmania. 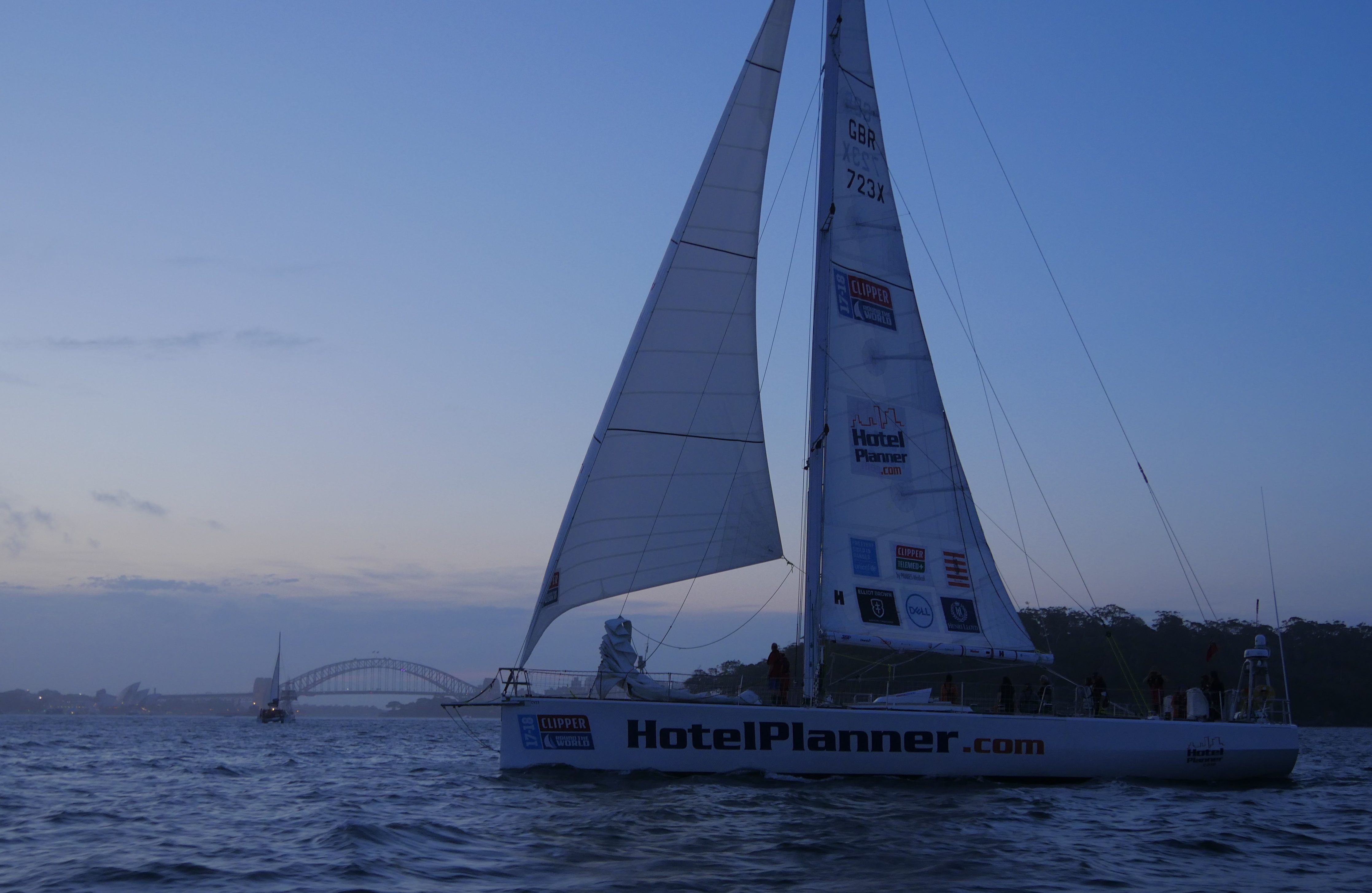 Despite the setback RTW crew member, Mary Frawley, said: "“I thoroughly enjoyed that Leg – a whole new watch and quite a few leggers on so that mixed things up quite a lot. Great variety and it made us focus a lot more. We upped our game quite a lot for that stage. We were doing well for a while for the first half of the race and we were keeping up with the pack. We were doing ourselves justice but in the last half, the last few days just dragged."

The team ended the day on a high and Mary was delighted to eventually arrive into Sydney, saying: "It was great coming around the corner seeing the skyline of Sydney – I haven’t seen it for a long time and the Sydney Harbour Bridge at sunset was simply wonderful.”

With all teams now present, the Cruising Yacht Club of Australia will host the Prize Giving for Race 4: The ClipperTelemed+ Tasman Test tomorrow, Sunday 17 December. After a night of celebration, it will be straight back to work for the Clipper Race crew, as the teams start preparing for the Rolex Sydney Hobart Yacht Race which begins on Boxing Day.