Unicef crossed the line at 23:19:27 local South African time (21:19:27 UTC) on Saturday evening, having sailed over 3500nm, resulting in an eleventh placed finish in the Stormhoek Race to the Cape of Storms.

Despite the time of day, supporters and fellow race crew were out in force to see the Unicef team arrive into the V&A Waterfront, Cape Town, after battling all that the South Atlantic Ocean could throw at them for the past 17 days.

It has been a difficult leg for the Unicef team after wrapping their Code 2 (medium weight spinnaker) around the inner forestay early in the race. The incident, which took place on only the third day of racing, resulted in some fairly serious damage that required onboard maintenance before the team could continue racing.

Led by Skipper Bob Beggs and supported by the Clipper Race Maintenance team via satellite communications, the Unicef crew admirably dealt with the situation in hand and banded together to, after 18 hours, finally de-tangle the spinnaker from the piece of standing rigging. In order to make the necessary repairs Unicef had to reduce its pace, change course and jury rig the inner forestay. This cost the team both speed and distance and in doing so slipped behind the rest of the fleet.

Despite all that happened, morale onboard remained high and the crew never gave up trying to make ground on the fleet. Seamus Kellock, a 24-year old circumnavigator, said: "The race was good. It turned into not so much of a race after we broke our inner forestay but we fixed it as a team and definitely as a team we got through the adversity and did well. It was time for learning, not necessarily racing, but definitely teaching people who are doing more legs. It was great – we bonded really well as a team because of it."

For seasoned Clipper Race Skipper Bob Beggs this is his third South Atlantic crossing as a Clipper Race Skipper after previously participating in the Times 2000 Clipper Race and the Clipper 2015-16 Race. On Unicef’s arrival he said: "Positions aside, it was a fantastic race. We had a few challenges very early on but the crew rallied around to that. They really enjoyed the challenge of getting us going again after we lost the inner forestay so that was good. We then knuckled down to getting back towards the fleet. Unfortunately we had a second wrap on the spinnaker and the forestay unravelled so we spent another day making that safe before we continued so we lost contact with the pack but morale is good and we raced the boat as best we could.” 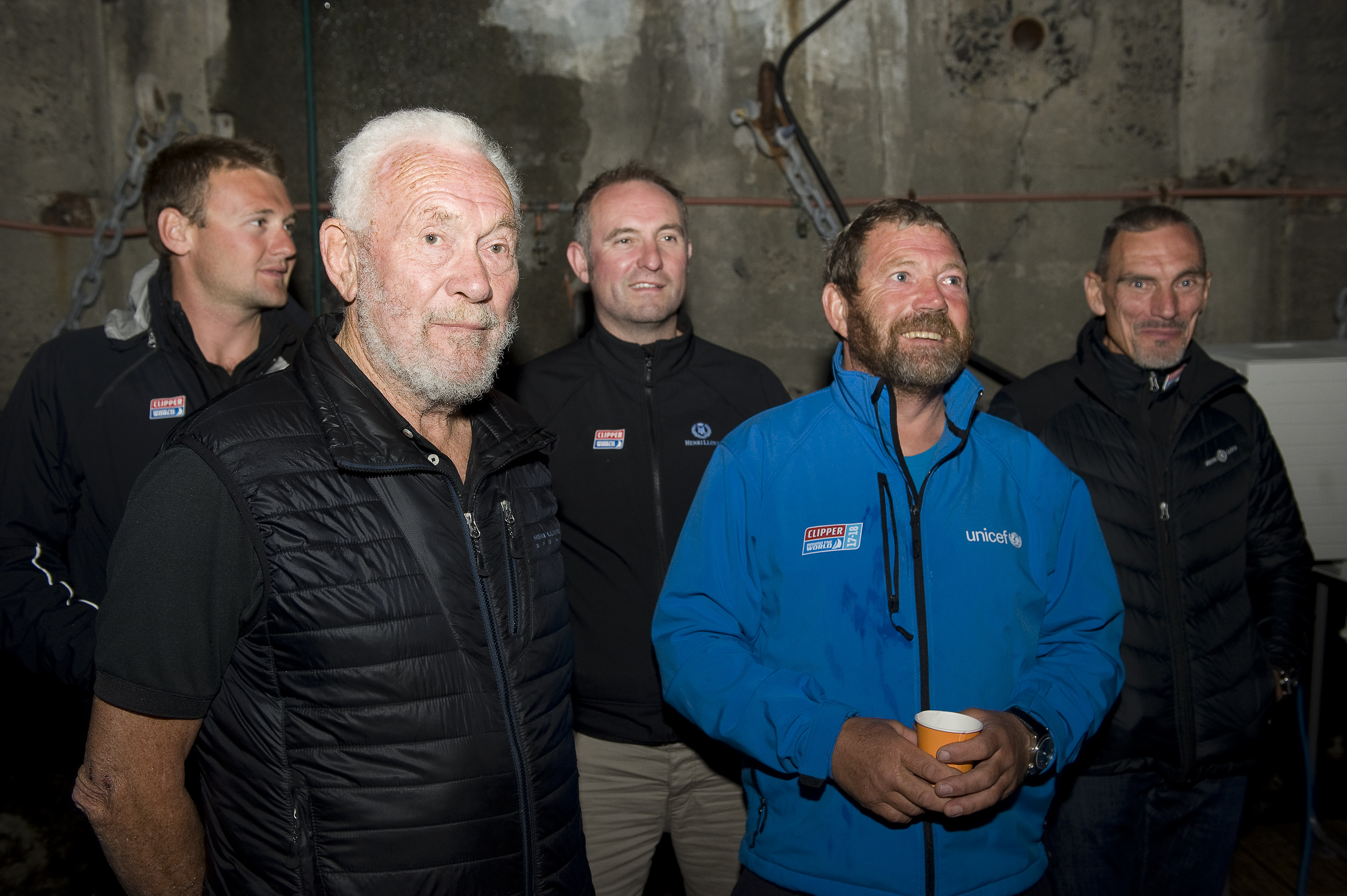 Unicef’s completion of Race 2, the Stormhoek Race to the Cape of Storms, follows the quick succession of yacht arrivals that took place on 18 and 19 October. PSP Logistics is set to finish on 27 October and has less than 1500nm to go. Damage caused by a whale colliding with it, early in the race, resulted in its return to Uruguay for repairs which set it back a week behind the rest of the fleet.

Keep up to date with the progress of PSP Logistics on the Race Viewer and its team page.

Unicef is aiming to make today its final at sea of the Stormhoek Race to the Cape of Storms. Reporting…