The Clipper Race fleet in Cape Town had a surprise visit today from Bloemfontein Celtic FC who are in the city ahead of their Premier Soccer League game against Ajax Cape Town. The elite South African team are currently sixth in the country’s top division after seven games after beating Cape Town City 1-0 earlier this week and have taken some time out to explore the area.

The team’s Chief Executive, Khumbulani Konco, said: “We have been in Cape Town for a week now. We arrived on Monday and as we were walking around the Waterfront, we saw some nice activities around the boats.”

Clipper Race Skippers including Andy Burns, Rob Graham and Conall Morrison were introduced to the senior management team. Former crew from the Clipper Race Office were keen to show the team around Dare To Lead, which features Capetonian Skipper Dale Smyth, to give them an insight in to what a Clipper 70 yacht looks like both above and below deck.

Along with Khumbulani were the club owner and Chairman (Max Tshabalala), Managing Director (Rali Ramabadu) and Chief Operations Officer (Chabeli Motsamai) who all had a turn on the “coffee grinders”, which act as the powerhouse on a Clipper 70.

After being shown the various equipment on board and briefly experiencing the conditions below deck, the team said that they had huge respect for the Clipper Race crew that take part in the eleven-month endurance challenge. Khumbulani said: “We have been taken around the boats with the help of the crew. I couldn’t believe that a boat like this could fit over 20 people. Also, the shifts, how there are 10 people who are working while 10 people are down below. The operation is top class!” 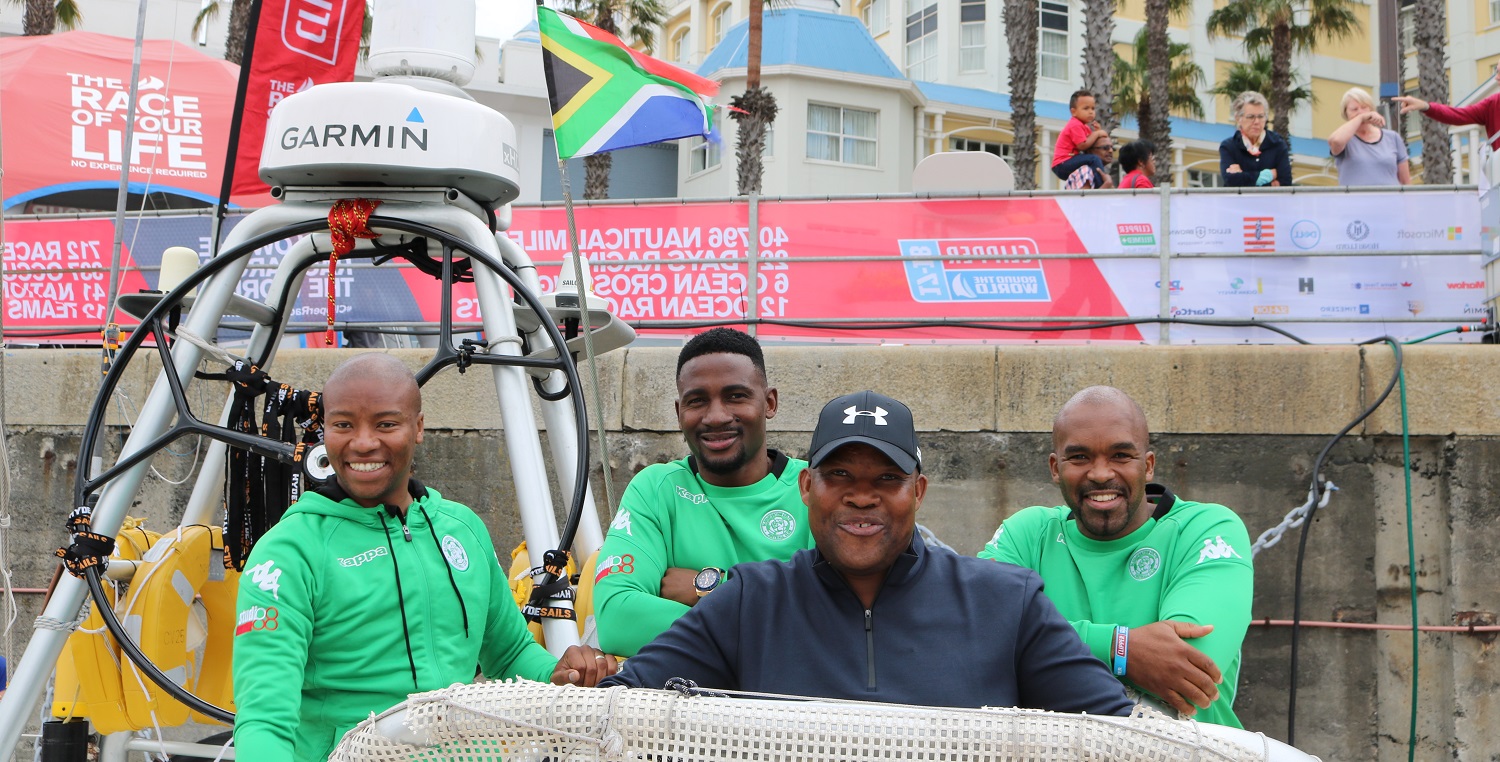 After taking some time out after their last game, the team are now focussed on the next match ahead and has extended an invitation to crew members to come and watch them play. Khumbulani added: “We have started very well. If we win tomorrow evening, we will move up to third position. The Clipper Race must come and watch our game against Ajax Cape Town at the Athlone Stadium at 8.15pm on Saturday evening. You are more than welcome. Come and join us and celebrate with us.”