Clipper Ventures has today announced the biggest expansion in its 23-year history, with the opening of a new Chinese-based division, to meet the country’s growing participation in sailing.

Named Clipper China, this new division aims to become the industry leader in the development of offshore sail training and sailing events across China. In addition to running its own academies Clipper China is building its own one-design keelboats and offshore racing yacht fleets. Designed by British Naval architect Tony Castro Design, the fleets will be used in the new training academies and also compete in regattas.

Announcing the news at the first China Sailing Cities Forum in Beijing, William Ward OBE, CEO and Co-Founder of Clipper Ventures, said: “Clipper Ventures is the biggest single provider of offshore sail training in the world. We have trained over 5,000 sailors to participate in the Clipper Round the World Yacht Race over the past two decades, however the potential for sailing in China means it could take us just a couple of years to train the same number here.

“Interest in sailing in China has never been higher. China has featured on the Clipper Race route for the past 14 years and we have signed two additional teams here in the past two years. Out of over 40 nationalities of crew on the Clipper Race, China is now our third highest represented. 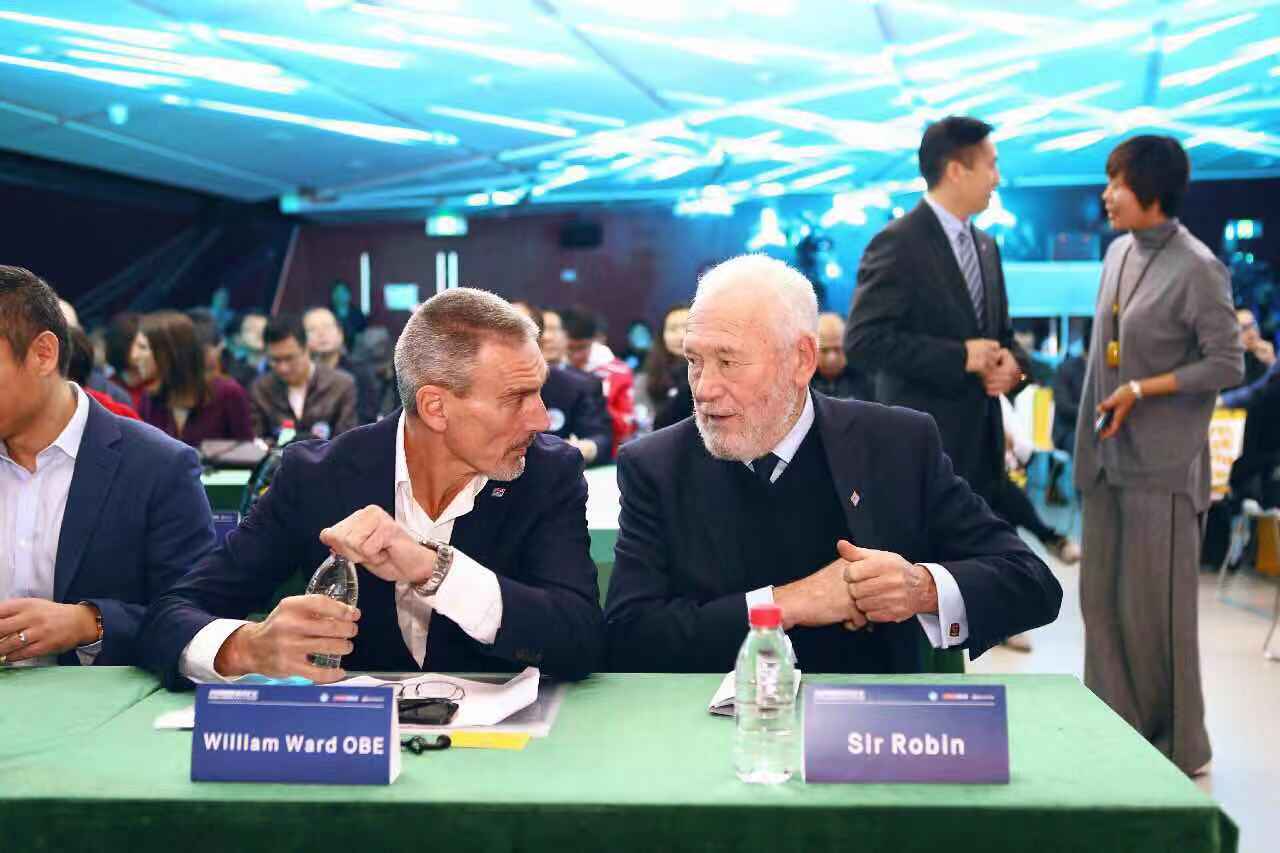 William Ward OBE and Sir Robin Knox-Johnston, Co-Founders of the Clipper Round the World Yacht Race, at the China Sailing Cities Forum in Beijing and launch of Clipper China

William added: “The Chinese sailing industry is evolving in an exciting way, and we look forward to working further with the China Yachting Association (CYA), combining forces to bring our offshore sail training expertise to this growing industry.”

Clipper China aims to open its first offshore racing academy next year and the first yachts in its one-design fleets are expected to be on the water for testing in spring 2019.

The creation of Clipper China follows the meeting earlier this year between Clipper Ventures, the GREAT Britain campaign, the CYA and the RYA, during the Clipper 2017-18 Race’s stopover in Qingdao, where all parties committed to help make China a world sailing force by strengthening the ties between China and the UK. 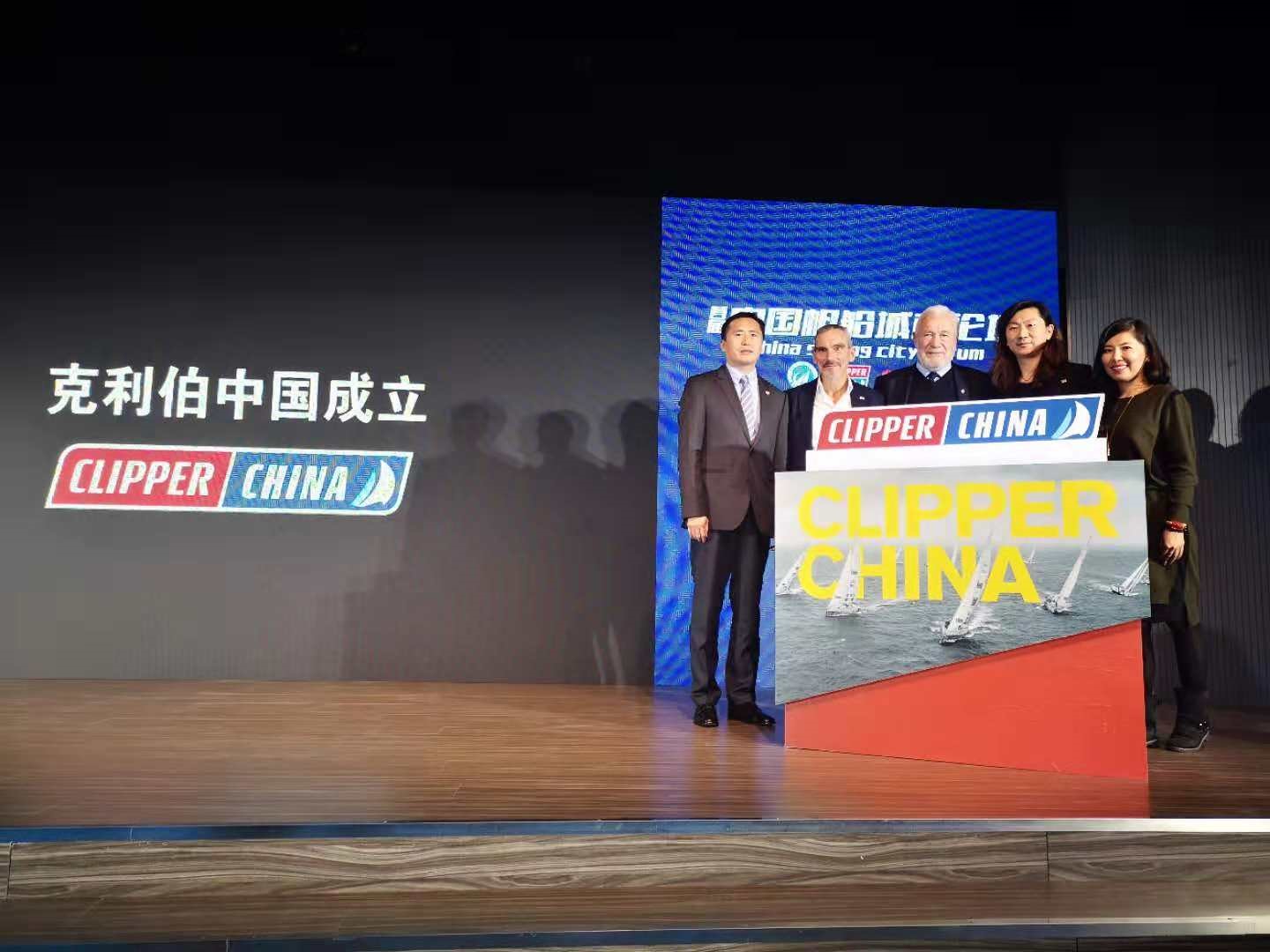 Explaining the rise in interest in sailing participation in China, Madam Zhang Xiaodong, President of the China Yachting Association, commented: “The Clipper Race is the most well-known offshore sailing brand in China with the UK respected for its long-standing sailing heritage. We are in a strong position to help attract and develop our next generation of sailors.

"Sailing has been growing at a very fast pace in recent years and the local public has participated in and supported more water sport activities than ever before. In comparison to the few regattas held a decade ago, there are now over 100 regattas across the country every year. The CYA expects to see over 400 yacht clubs with more than 150,000 sailing participants by 2021, an increase of 150 per cent on the current level.

The GREAT Britain Campaign, the UK Government’s most ambitious marketing initiative, has been a Team Partner in the Clipper Race for the past three editions, using its global platform to showcase the very best of what the UK has to offer in order to encourage the world to visit, study and do business with the UK.

“The UK leisure marine industry, which has a turnover £3b per year and over 33,000 employees, is globally recognised and I believe there is great potential for the UK and China to work together to develop a sailing industry and to share policy and commercial expertise to take the sailing industry forward.”

The Royal Yachting Association (RYA) has also been responding to the growth of China’s sailing industry and has already been running pilot training schemes in Beijing and Shanghai, where it delivered its training syllabus in a language other than English for the first time in its 143-year history earlier this year, translating its instruction into Mandarin.

Said Richard Falk, Director of Training and Qualifications for the RYA, commenting on the announcement of Clipper China: "The exciting news of the launch of Clipper China provides a wonderful opportunity not only for the development of sailing in China but sailing in general across the global stage.

"The RYA has been working for some years now on the establishment of RYA Training in China with several partners as well as with the Chinese Yachting Association. This fantastic initiative will mean the final pieces will fall into place for the creation of an entire sailing pathway from dinghies right through to large, ocean – going yachts. We look forward to working closely with Clipper and the CYA in the years ahead to support their efforts in introducing sailing to a whole new market and to assisting them in the delivery of quality training to ensure the safety and enjoyment of all those who are attracted to the exciting sport of sailing.”