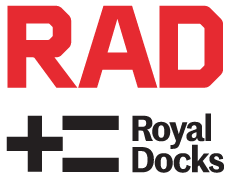 The unique waterfront location, easily accessed at DLR Royal Albert and opposite London City Airport is in the heart of the capital’s Royal Docks.

TRACK THE FLEET AS THEY RACE TO THE FINISH LINE

Every exhilarating moment, gybe and tack of the Clipper Race is captured on the RACE VIEWER. Follow the fleet’s progress and never miss a beat of the action: updated hourly.

Discover more about the Clipper Round the World Yacht Race from people who have recently participated. From all walks of life and nations around the world, Race Crew take on one or multiple legs to cross one of the world’s great oceans, race into iconic ports around the world, and to take on The Race of Their Lives. Ask the team questions about what it takes to become a crew member, life on board, technology used, and sailing conditions for each of the eight legs.

The Clipper Race fleet of eleven ocean racing yachts will parade from the mouth of the Thames to Royal Albert Dock following the completion of their 40,000nm circumnavigation. Their hard-won battle flags, banners and full main sail display make this one of the most emotional welcomes for Race Crew and supporters.

Your support creates a welcome Race Crew shall never forget. Join with your friends to welcome the fleet home after a gruelling 40,000 circumnavigation.

At 14.15 the yachts will make a Parade of Sail inside Royal Albert Dock, then at 15.00 commence docking, in order of their overall race position, before heading to the Public Prizegiving ceremony.

The Race Finish Public Prizegiving event will celebrate the achievements and successes of each team as they cross the finish line for the final time. Giving a festival feel to what’s sure to be an emotive and charged day of celebration. Prizes will be awarded for Race 15, as well as the much-anticipated overall winner of the Clipper 2019-20 Race.

Supported by Host Port Partner Royal Docks, the festival after party with live stage performances from headline acts and food and drinks stalls representing the cuisine of nations visited from around the world.


ABOUT THE HOST PORT

After the teams have raced 40,000 nautical miles around the planet, RAD will play host to the Race Finish festivities, expecting to attract people from far and wide to come and absorb the fun atmosphere. Royal Albert Dock has a growing reputation for delivering spectacular events, such as the EFG London Jazz Festival Summer Stage and the Cristal Palace (the closing gala for the Greenwich and Docklands International Festival) as well as international business and tech conferences.

The Clipper Race was founded in 1996 by Sir Robin Knox-Johnston, the first person to sail solo, non-stop around the world. For Sir Robin, the Race Finish at RAD will hold personal significance; in February 1957 as a Cadet in the Merchant Navy he joined his first ship which set sail from Royal Albert Dock to Africa.

The Royal Albert Dock development, masterplanned by world-famous Farrells Architect, is set to create over 30,000 jobs and generate £6 billion to the London economy, is benefiting from £1.7 billion investment from developers ABP (Advanced Business Park). This is London's newest international business district, with the first phase already completed of the 4.7 million sq ft office, residential, retail and leisure facilities on the 35-acre site, and the first project to be undertaken outside of China for ABP - which specialises in revitalising sites into thriving business districts.

Once London’s gateway to the world, today the Royal Docks is London’s only Enterprise Zone and one of the UK’s most important regeneration projects. Residential and commercial developments are emerging alongside the vast expanse of 250 acres of water and helping to establish the area as growing home for business, culture and leisure with RAD at its heart.