It has been a busy week in paradise as officials from the Clipper Race and Sanya teamed up to select 18 lucky thrill seekers who will represent the tropical holiday destination when the Clipper 2019-20 Race gets underway this summer.

Following a gruelling selection process, sixteen adventurous candidates including; a graphic designer, CEO, bilingual event host, snowboard instructor, student and engineer; two reserves, plus one media crew member were chosen to form the tag team of ambassadors who will race on board the Visit Sanya, China team. Almost 40 percent are from Hainan Island, where Sanya is located, and the remaining either have strong connections to Sanya, or currently live across Europe including UK, Netherlands, Denmark and Norway. 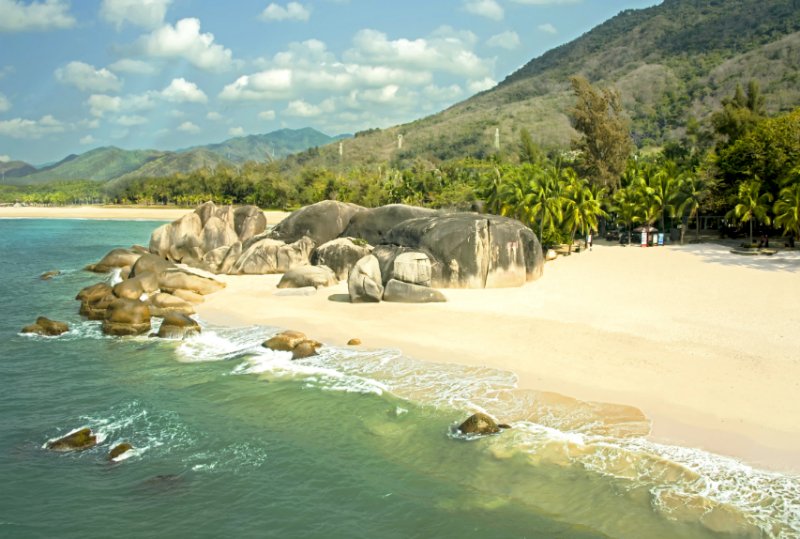 Their mission is to help promote China’s best kept secret, the idyllic tropical paradise of Sanya, including its 250km of white sandy beaches, 300 days of sunshine, visa-free entry for nearly 60 countries, and free trade zone and will be the first of three Chinese Host Ports on the Clipper 2019-20 Race route.

Wei Bei ‘Ivy’, 49, a Vice Dean in International Leadership Institute and Business Administration, is one of the lucky selected Sanya Ambassadors. Speaking at the press conference, she said: “For me, this is a dream come true! I am so excited, happy, and proud to be given the opportunity to represent Sanya and help to tell the world about this incredible destination – form the tropical beaches, endless sunshine, and ease of access with visa free entry. It really is the opportunity of a lifetime.

“I can’t wait to get started with Clipper Race training in the UK next month!” 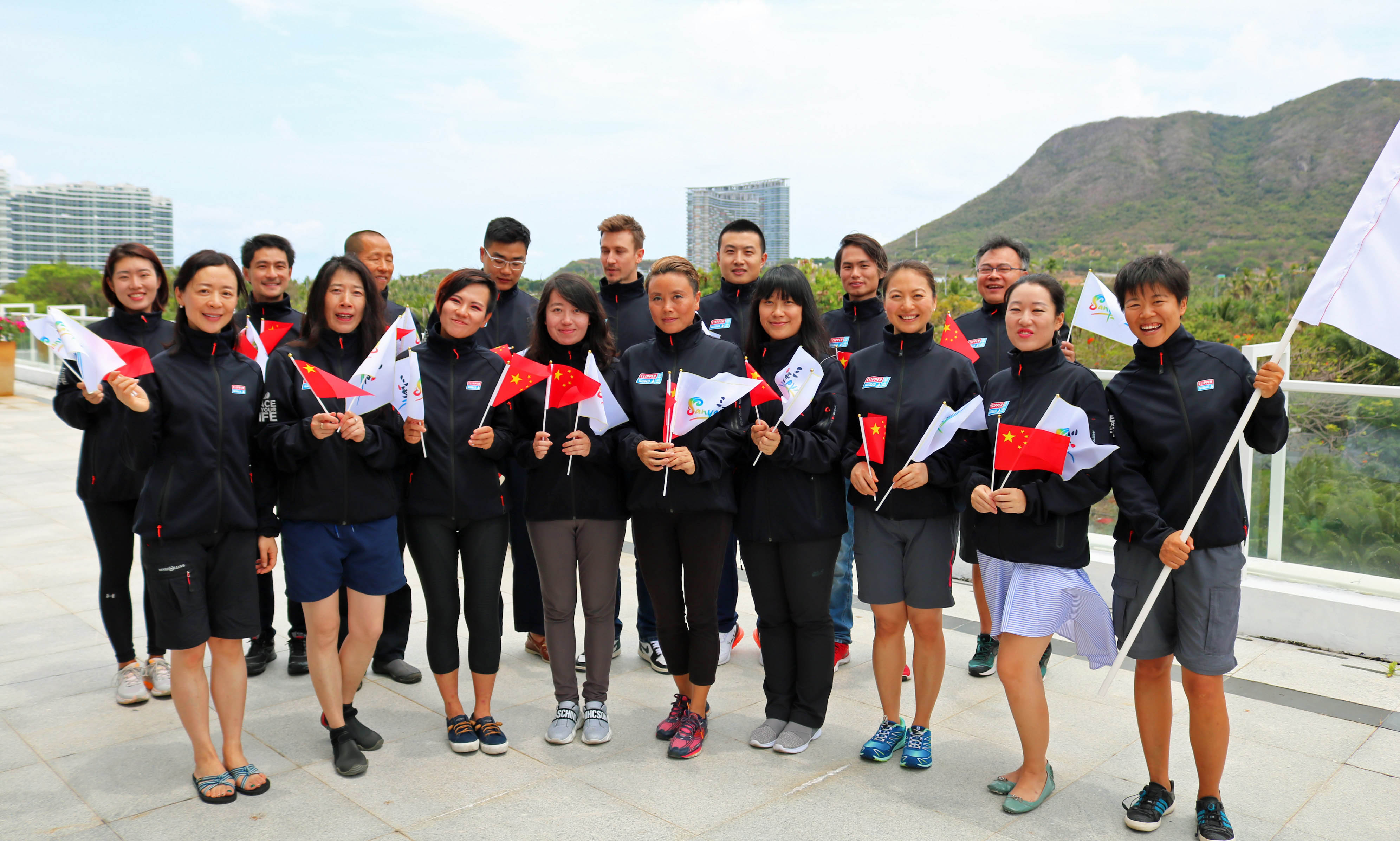 Image: Ivy, second from left, front row, cant wait to get her Clipper Race training underway in the UK next month.

Over 50 percent of the selected Sanya Ambassadors are female; the ten women and nine men, ranging in age from 23 to 51,will travel to Clipper Race HQ in Portsmouth, UK, next month to embark on an intensive four levels of mandatory Clipper Race training. Compulsory for everyone taking part in the Clipper Race, the training will ensure the Sanya Ambassador crew members are safe on board and ready for what Mother Nature has in store when they join their international high-performance team. 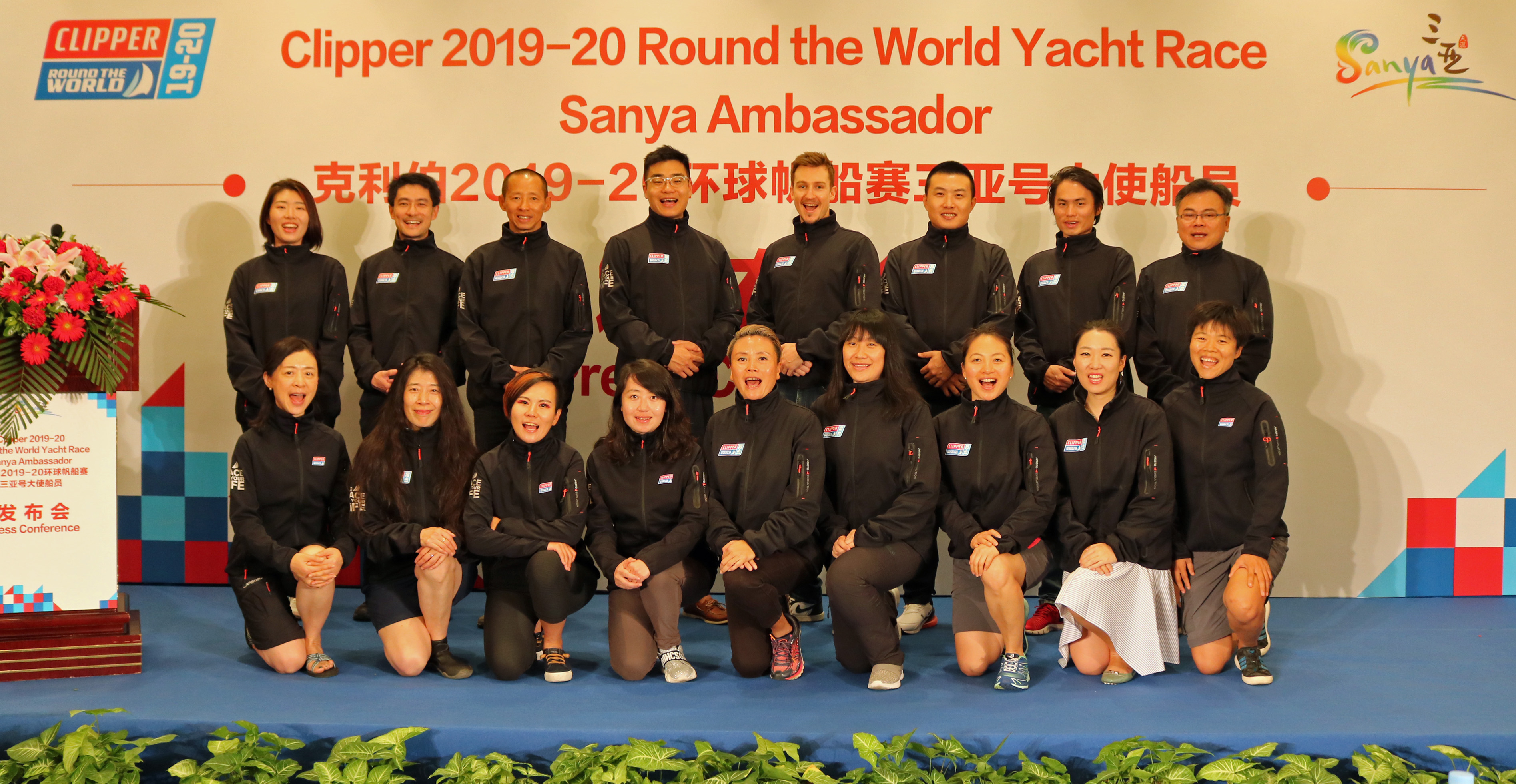 The Sanya Ambassadors will spend eleven months being pushed to their physical limits, racing through some of the most inhospitable conditions on the planet. At times, the nearest human life to the crew will be those in the International Space Station. In the previous edition of the Clipper Race, the teams faced phenomenal sea states with waves over 14m tall, hurricane force winds and temperatures below freezing.

Deputy Secretary of Sanya Municipal Government-Mr. Li Wujun said: "Clipper Round The World Yacht Race is the largest ocean race of its kind in the world, and apart from being a sailing event, Clipper Race has also proven to be a successful global platform through which race partners have been able to promote their brands and their key messages to the world. In the last race during Sanya's debut show in Clipper Race, we made history by becoming the first Chinese entry overall winner in over 20 years' history of Clipper Race, the success story has attracted numerous international media attentions and significantly enhanced Sanya's brand as a leading tropical tourism as well as an international sailing destination.

"In the upcoming Clipper 2019-20 Race, Sanya, under the foundation of previous glory, will continue to promote the city with a new task to become Hainan Province's Free Trade Zone to be seen by the world. "

One of the Sanya Ambassadors, MingHao Zhang, will become the first Sanya representative to complete the entire circumnavigation when he completes Leg 2 in the 2019-20 edition, after previously completing seven of eight Legs as a media crew member in the Clipper 2017-18 Race.

Find out more about the idyllic holiday destination of Sanya via their Host Port Page.

In this special Mother’s Day edition of our #ReasonToRace 'Meet the Crew' series, we are getting to know a mother…