Becoming a trailblazer was not Wendy Tuck’s intention when she signed up to be a Skipper in the Clipper 2018-17 Race - the Australian simply wanted to go sailing. But that all changed on July 28, 2018, when she made history and became the first female Skipper to win a round the world yacht race.

The news of her achievement was reported worldwide and a nomination for World Sailor of the Year and winning Australian Sailor of the Year followed. In her typical understated manner, she admits she hates ‘banging on about women”, but is proud, and a little awed, of what she achieved while at the helm of Sanya Serenity Coast.“I didn’t start the race with that in mind at all. To find out that’s what has happened is extraordinary,” she says.

“If one little girl sees this, sees it can be done and has a go, that will be what matters to me.” 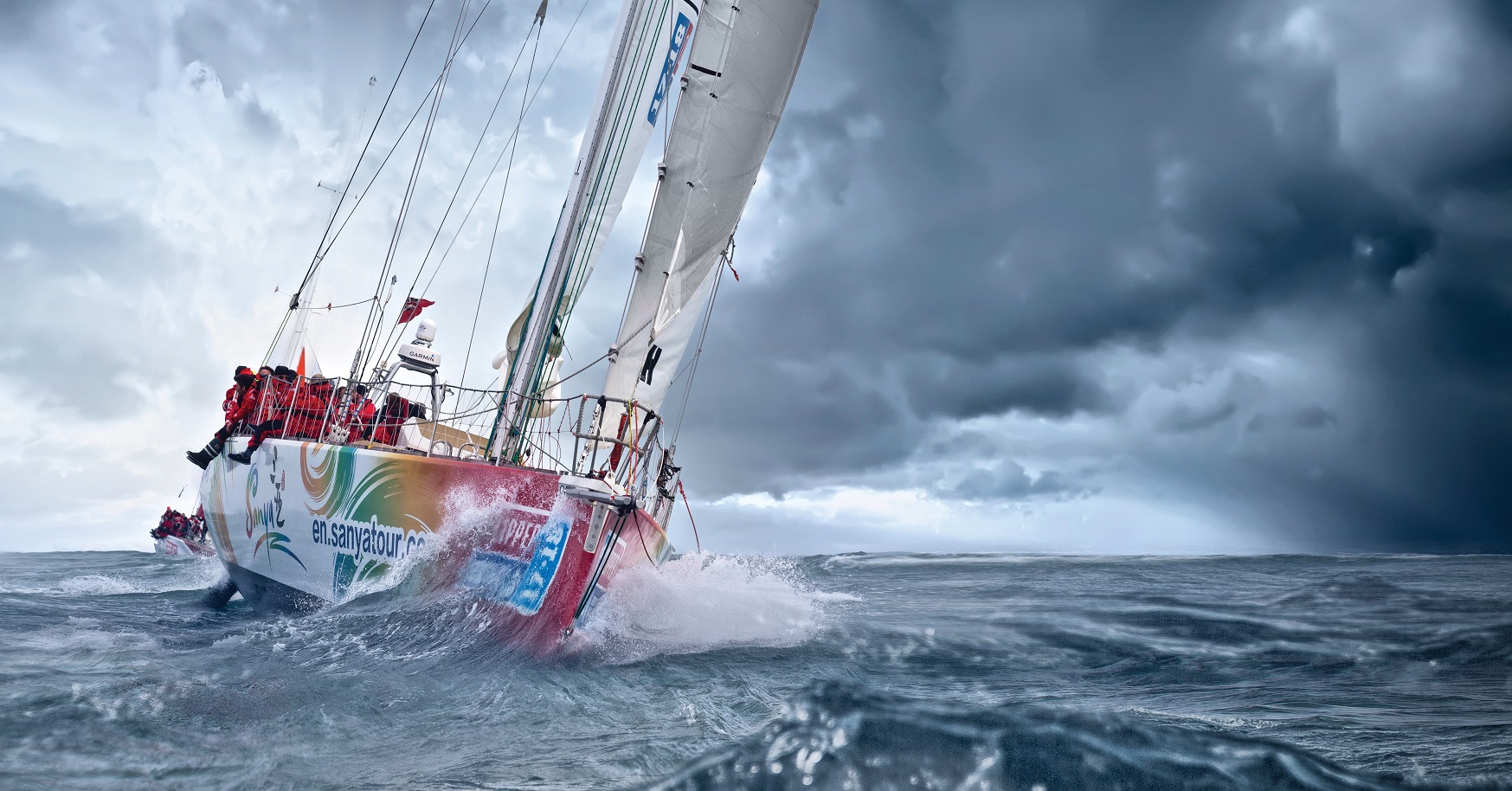 The Sydney local’s love of sailing didn’t begin until her mid-twenties, when she bought a boat, armed herself with a children’s instruction manual, and taught herself to sail in Spain. She was instantly hooked and set about making her passion her career.

Her first Clipper Race began in 2015. There were plenty of highs (including ‘Wendy Tuck Day’ in her team’s home port of Da Nang in Vietnam), but there were also tough times. During a knock-down in the North Pacific, Wendy was thrown out of her bunk, knocked unconscious, and suffered broken ribs.

In true-Wendy style, she bounced back to claim second place in the North Pacific Leg in the 2017-18 race edition. This was just one of six podiums for team Sanya Serenity Coast, with Wendy also winning the prestigious Jane Tate Memorial Trophy for being the first female skipper across the finish line in her beloved Rolex Sydney Hobart Yacht Race. 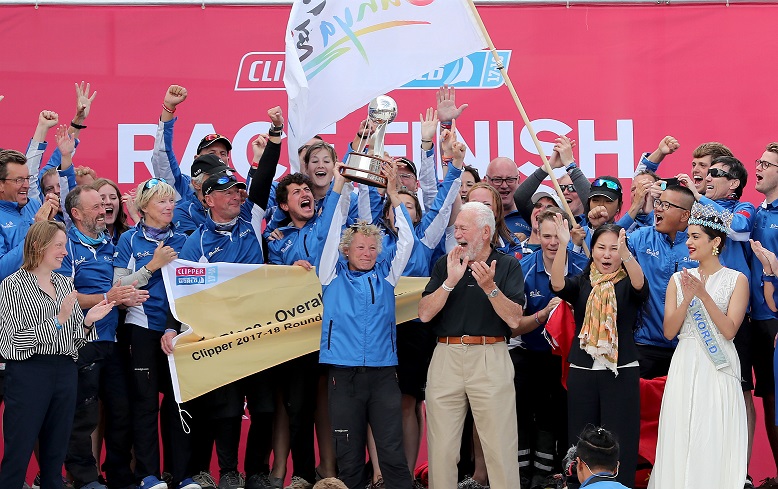 Wendy credits much of the team’s success to the men and women who made up the Sanya Serenity Coast crew. The team, which was representing China’s tropical sailing paradise in Hainan, made its debut in the Clipper 2017-18 Race.

“I had some pretty cool crew,” says Wendy.

“There were times I had made a decision that was wrong, or it wasn't quite evident that it was right or wrong. But the crew would always back me up.”

It was her crew who kept her going through the ups and downs that are synonymous with ocean racing. She explains: “We had some disastrous results where we had a wind hole and lost the lead by 200 miles and had to sit for 36 hours and watch the whole fleet go past us.

“If my attitude is 'well we've chucked it away', then it's surprising how quickly the crew starts to think the same. You can never give up.” 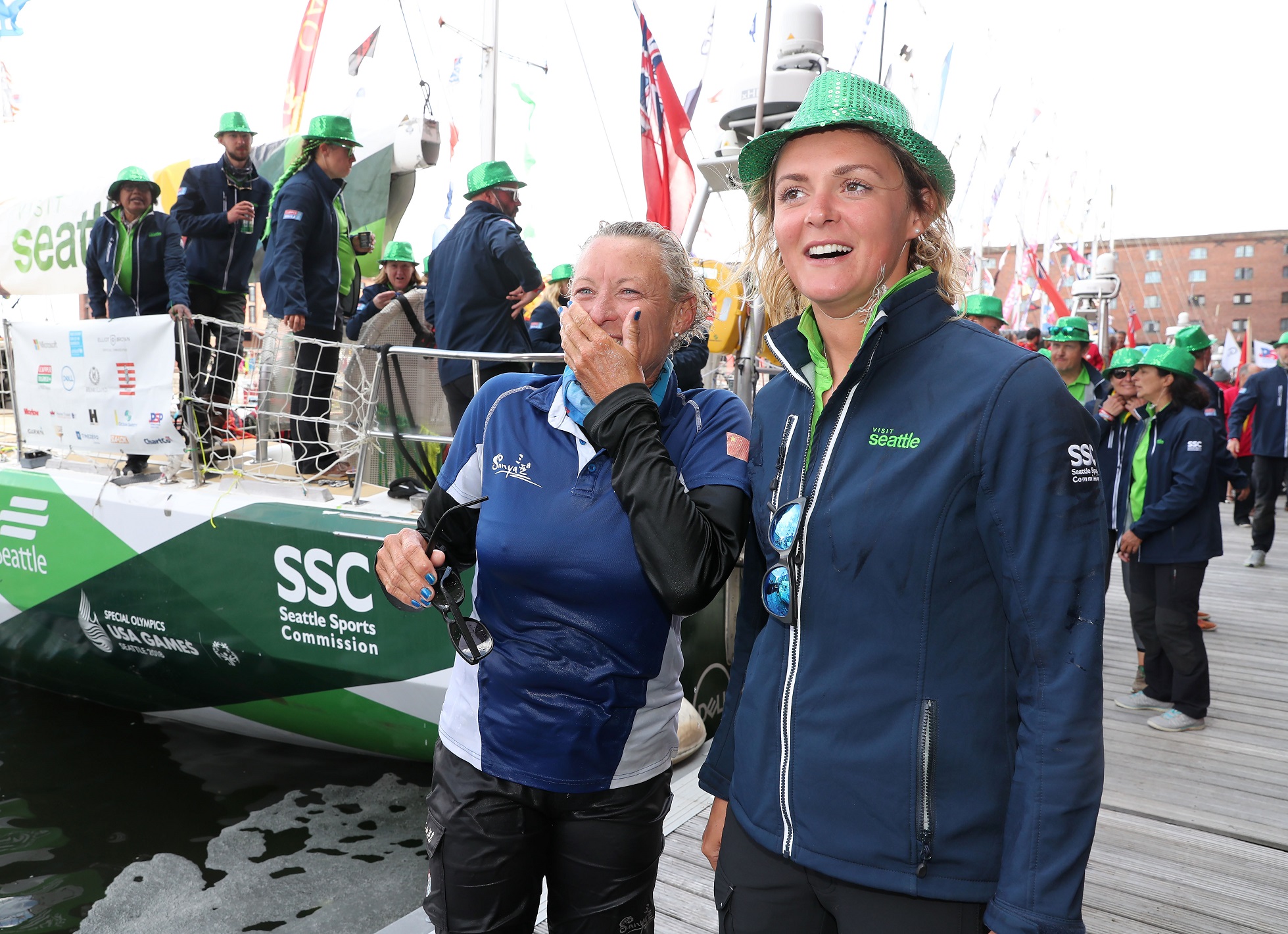 One team, and one skipper in particular, pushed Wendy right until the final moments of the 40,000 nautical mile race. The first one-two female finish in Clipper Race history occurred when Visit Seattle Skipper Nikki Henderson crossed the line just 17 minutes behind Sanya Serenity Coast in the race from Fremantle to Sydney, and that result was then repeated when it came to the overall leaderboard at Race Finish.

“Out of the skippers to come second I'm so glad it was Nikki. Sometimes I wish it had been her that won as it would have been so fabulous for her at her age.

“She was 25 when she finished the race and that's extraordinary. Though I don't think she realises how amazing she is! Either she was on our heels or we were hot on hers the whole way and to get first and second for two women is just so cool.”

It didn’t take long for the Wendy and Nikki effect to take hold. In the month following their historic one-two finish, enquiries for information on the race from women increased by 115 per cent. In total, there are more than 200 women from 44 different countries taking part in the 2019-20 edition of the race, with the teams assisted by First Mates Lyndsay Barnes and Rhiannon Massey, who is just 24 years old.

I am not sure whether my burning face is due to the sun, the wind, or the high pressure blasts…

Reflections on the final ocean crossing