British Paralympic champion ski guide Charlotte Evans has finished one of the ‘toughest’ and ‘best experiences of her life’, after competing with the GREAT Britain team in the Asia Pacific Leg of the Clipper Round the World Yacht Race.

Charlotte Evans MBE, 24, who had never been on a boat before starting her training last year, says: “I’ve had the best experience of my life. I will never forget it. It was incredibly tough." 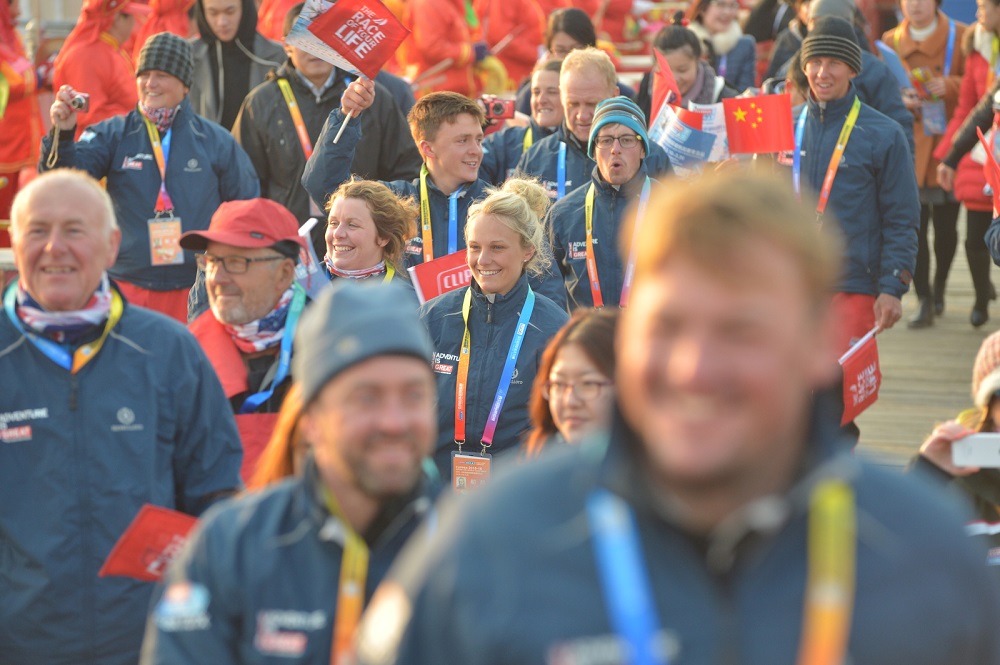 Speaking on arrival to Qingdao, China, Charlotte says: “I was so out of my comfort zone and had to learn something so new. It’s amazing to be able to say I’ve been able to sail from Australia to China, when even the thought of being on a boat was a big challenge to start with.

“From the first few days of my Level 1 training, to this point, I have conquered a lot of fears. I feel like I’ve got a lot of things done on the boat and contributed as best as I can and I’ve really enjoyed testing my mental capacity with a new sport.

On the experience on board, Charlotte, who guided her skiing partner Kelly Gallagher MBE to Paralympic gold at Sochi 2014, and went on to recieve an MBE for their services to Paralympic Sport, along with a nomination for BBC Sports Personality of the Year, reports: “When the weather got really cold and we were heeling at a 45 degree angle, it was tough for everyone to stay upbeat and motivated, but we all really bonded as a team and I’m very sad to be leaving my GREAT Britain crewmates,” Charlotte added.


“I found the wind and living at a 45 degree angle hardest. It was so cold, and I know I’m a winter athlete but I actually don’t enjoy the cold at all! That sounds strange, but it is true. 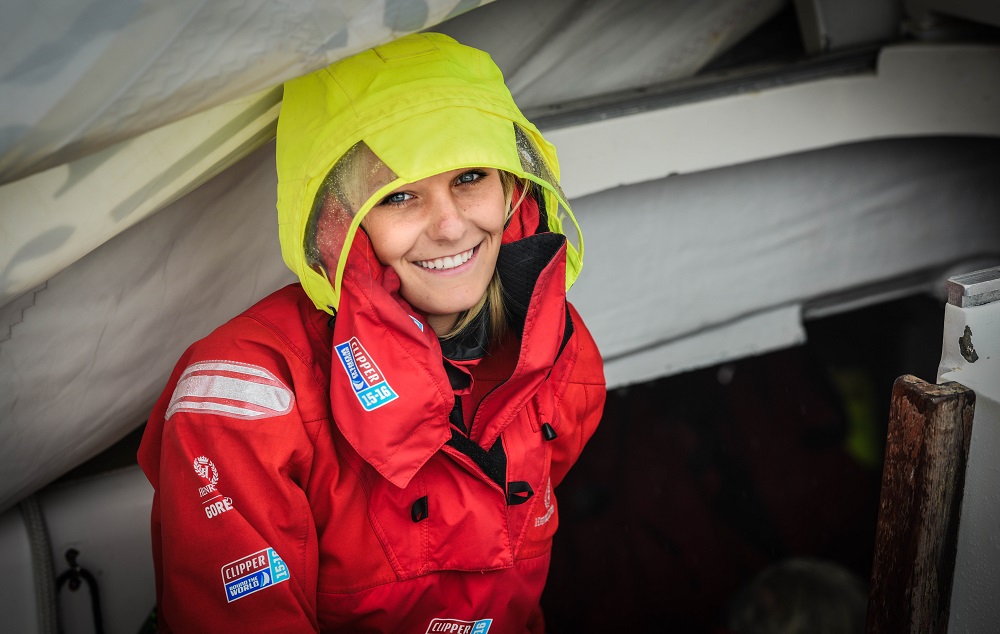 “It is funny really. I was trying to choose between doing the Southern Ocean Leg, and this Asia Pacific Leg and I must admit I chose this leg because I thought the sailing would be slightly less dramatic. As a beginner to the sport, it seemed the easier option! But it turned out the opposite was true. Whilst the Southern Ocean was less furious than previous years, this leg was tougher.

“We experienced pretty much everything, from the stifling heat in the Solomon Sea Doldrums, to huge upwind conditions, wind holes and a massive storm in the Yellow Sea. Now it is finished I feel privileged that we got to experience so much, I feel like I’ve had the full experience, and it demonstrates the power and unpredictability of Mother Nature. More fool us who try to predict her. She is an awesome force and it is humbling to get so close to that.”

Charlotte is one of four Olympic and Paralympic athletes who are competing as ambassadors on board the GREAT Britain yacht. Olympic and Commonwealth sprinter Abi Oyepitan completed the All-Australian Leg, and London 2012 rowing finalist Bill Lucas crossed the Southern Ocean from South Africa to Australia. Former Badminton World Champion and Olympic silver medallist (Athens 2004) Nathan Robertson will cross the Atlantic Ocean from New York to London via Derry-Londonderry, Northern Ireland, and The Netherlands.

UFC fighter Dan Hardy also took part in the opening leg from London to Rio de Janeiro, after which he said crossing the Atlantic was tougher than taking on any opponent in the octagon.

The Clipper Race, known as one of the toughest endurance events on the planet, presents a new physical and mental challenge for the elite athletes. Like 40 per cent of Clipper Race crew, none of the group, aside from Bill who sailed dinghies more than a decade ago, had any previous sailing experience.

On leaving the race, Charlotte expresses: “I feel so sad to be going. All of us who are leaving the boat here were crying when we reached Qingdao and knew that it was all over. I guess it is mixed emotions as I’m also relieved to be able to check into a hotel, have a nice warm shower, properly brush my hair and wear clean clothes again, and see my family. You really do take some luxuries for granted in life, though you also realise life doesn’t need to be so complicated too. We live very simply on the boat and it is refreshing.

“From the very start during training with Abi and Bill and others, I’ve met some incredible friends who I’ll stay in touch with for life. I’m definitely sad it is over but I’m proud of what we have achieved on the boat and I know it is not really the end, but the start of friendships and other journeys that will only grow. 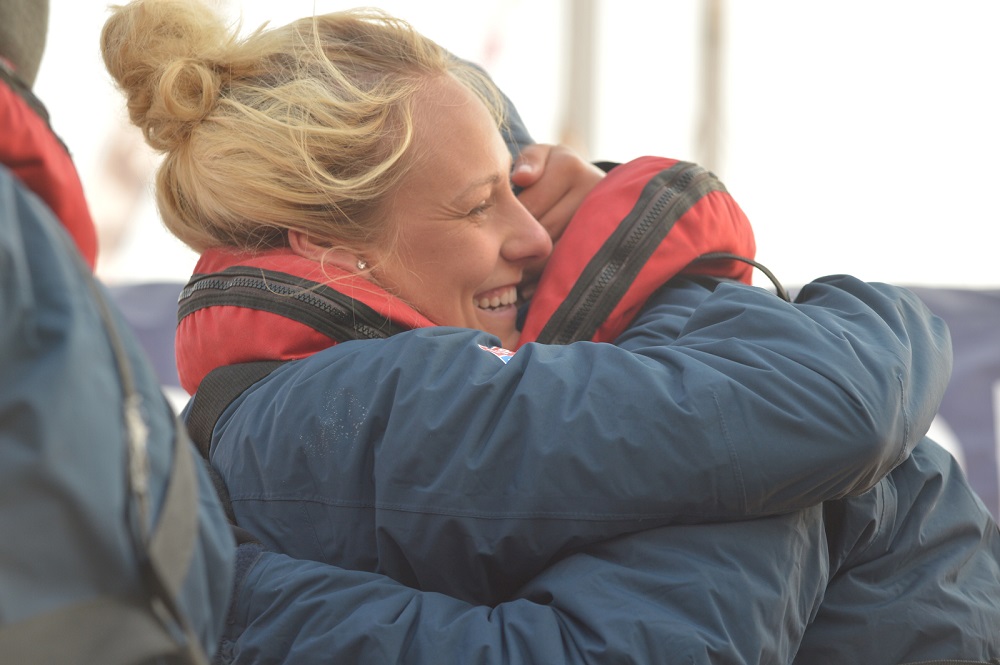 “I’m thankful for the opportunity I’ve had to do the race. It has been refreshing to learn a new sport and represent GREAT Britain in a way I never imagined possible. I haven’t had that chance for a very long time and it was energising to be challenged so hard and compete once again.”

The GREAT Britain campaign is the UK government’s most ambitious international marketing campaign ever and showcases the very best of what the nation has to offer in order to encourage the world to visit, study and do business with the UK. The campaign is active in over 144 countries worldwide.

With more than a third of Clipper Race crew being women from all walks of life, ages and nationalities, it…

There are six new crew members from different ends of the earth boarding five Clipper Race boats to represent their individual Team Sponsor for the Asian Pacific Challenge, and there is one trait they share: they are all out to win!Just like all of our…