Following a tough 3,555 nautical mile race across the South Atlantic, the teams came together at the Shimmy Beach Club to celebrate the successes and achievements made during Race 3: the Spinlock South Atlantic Showdown.

The crew of Leg 2 regularly saw boat speeds above 20+ knots. The fleet had to tackle the stormy, wet and cold weather that the famed South Atlantic lows bring. Here the teams had to do their best to protect themselves and their boat whilst Mother Nature threw all she had at them. Final placings were won and lost on navigating the second system, and those which came out on top managed to use the increased wind speeds to their advantage and ride the ridge propelling them to Cape Town. They witnessed waves taller than houses before finally crossing the finish line beneath Cape Town’s iconic Table Mountain. 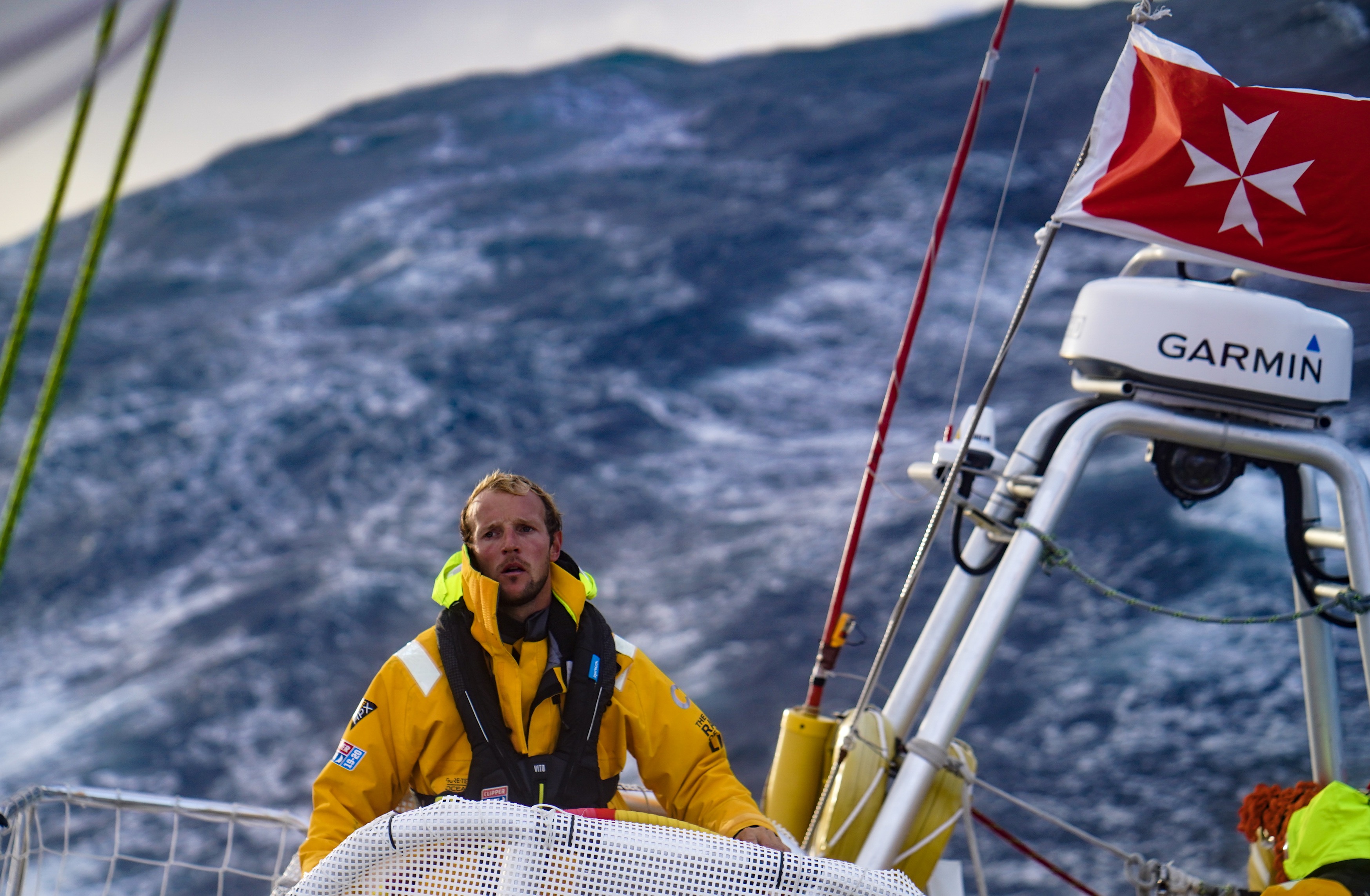 The final stages proved to be influential with yachts arriving within hours and minutes of each other after 17 days of racing.

The nine teams, which had completed the race, with Dare To Lead and Zhuhai still making best speed towards Cape Town, celebrated the prizegiving ceremony amongst family, friends and Clipper Race staff. Kicking off the evening, Clipper Race Director, Mark Light, invited all Race Crew who will be leaving the race after completing Leg 2, to the stage. 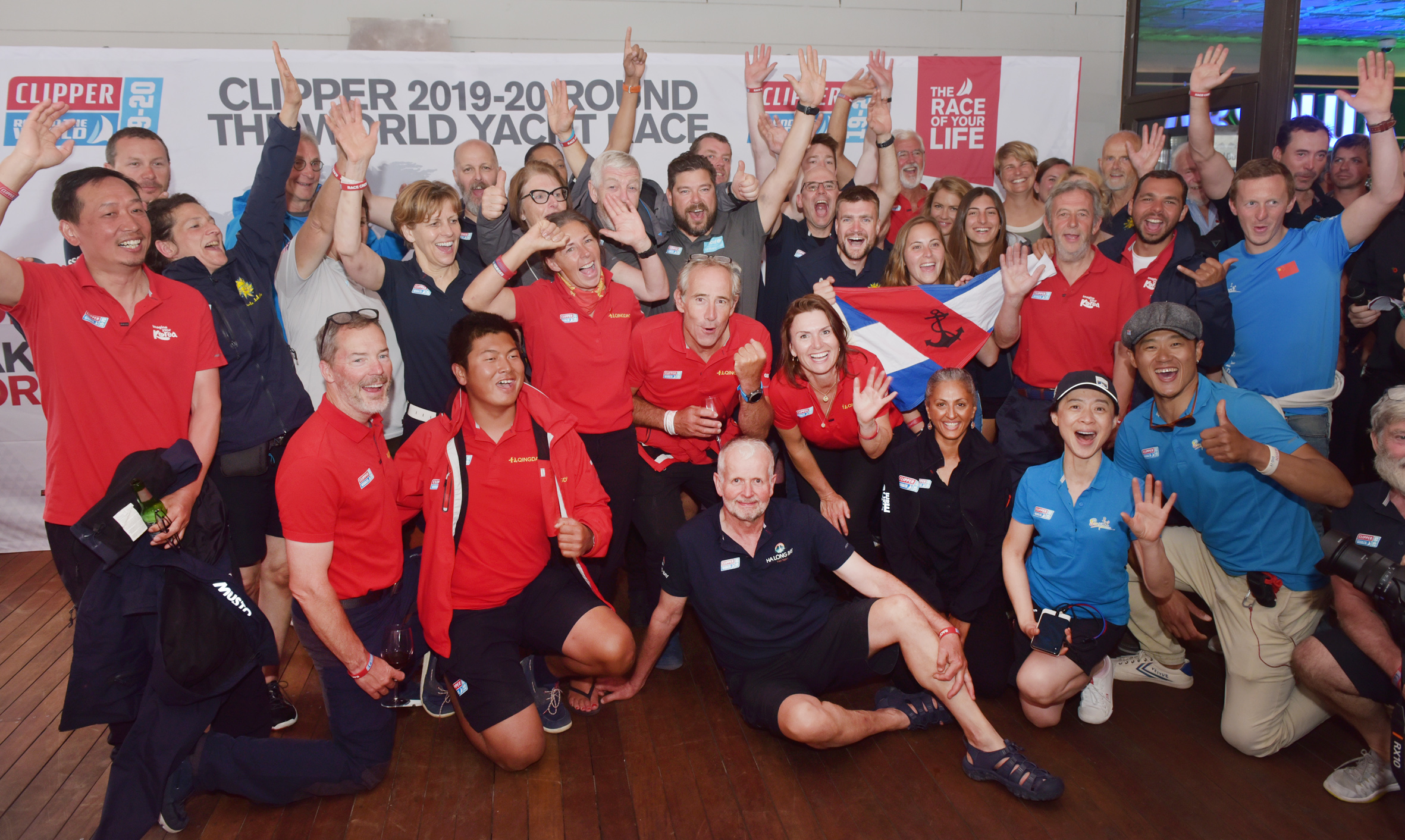 Mark proceeded to announce the race’s charity fundraising progress, revealing an impressive £168,185 has been raised so far for Unicef during this edition. The Unicef team remain the top fundraisers of the fleet, having raised over £56,394 to date. The Unicef Charity Champion award for Leg 2 was awarded to Graham Westlake, Race Crew on board Punta del Este. Graham has raised around half of the teams’ fundraising himself, a fantastic £2,235 raised. To put this into perspective, the amount raised by Graham would provide Malaria treatment for roughly 102 children. 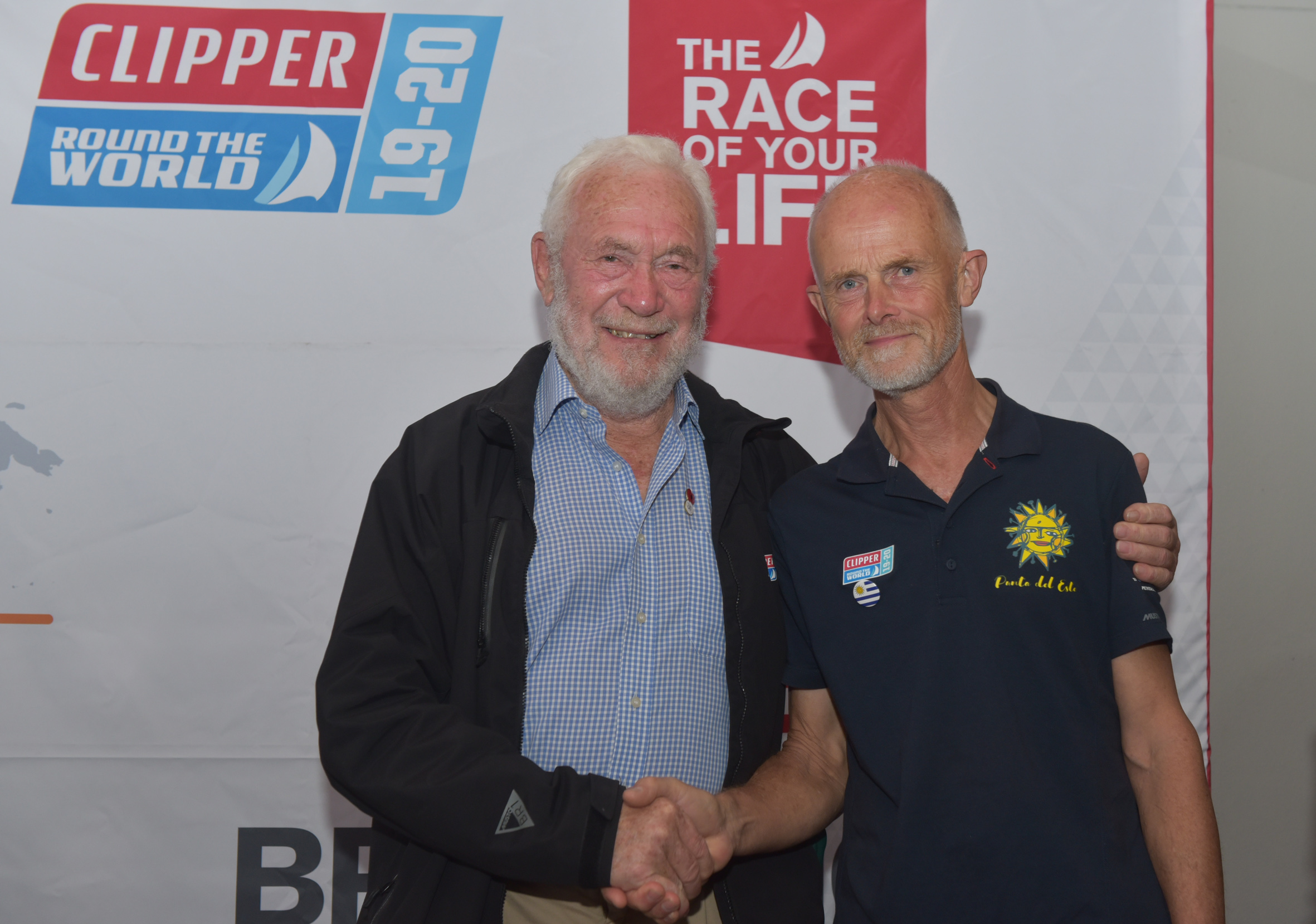 The Media Prize recognises the contributions made by the Race Crew in sharing the stories of their experience on board. When selecting the award-winner, the crew blogs, images and video footage are all taken into account. It’s a tough choice for the Race Organisers as so many brilliant moments are captured during the race, giving supporters a glimpse of what life is like on board a Clipper 70. The award for Leg 2 went to Timothy Morgan, Media Crew on board Seattle, for the video named ‘Helm Wrestle’, which captured the thrilling surf experienced in the South Atlantic.

Recognising the efforts of the Scoring Gate section of the race, the results were announced to the crowd. Imagine your Korea was first to cross the line, taking the maximum three bonus points. They were closely followed by Visit Sanya, China, which crossed only 5 minutes later and crossing in third place and claiming the final bonus point was Punta del Este.

It was then time for the podium places to be celebrated as the teams took to the stage to claim their winning pennants for their performance in Race 3: The Spinlock South Atlantic Showdown, named by the race’s Official Lifejacket Supplier. 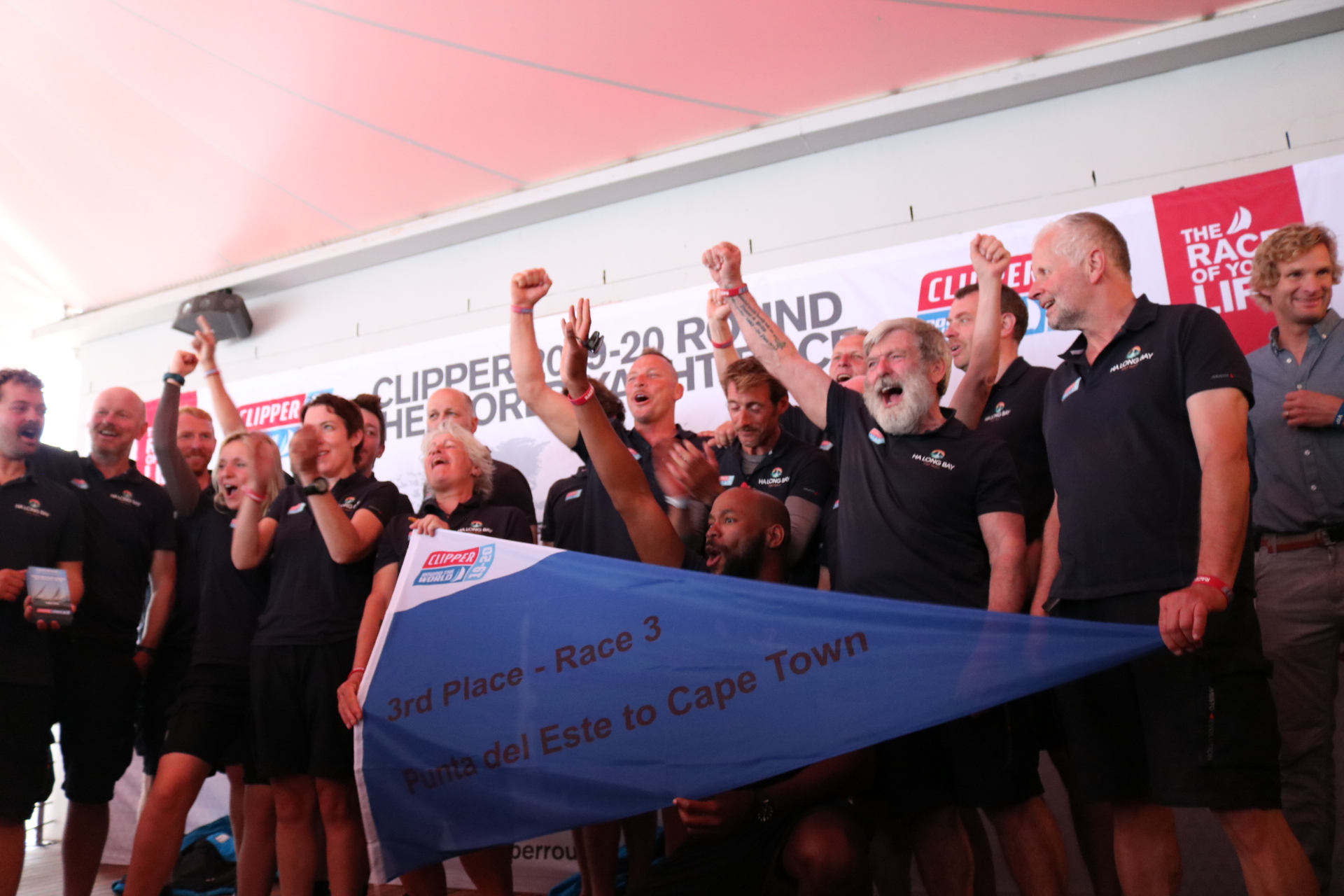 In second place, the Unicef team, skippered by Ian Wiggin, made its way to the stage to celebrate their second place and first podium position of the race. 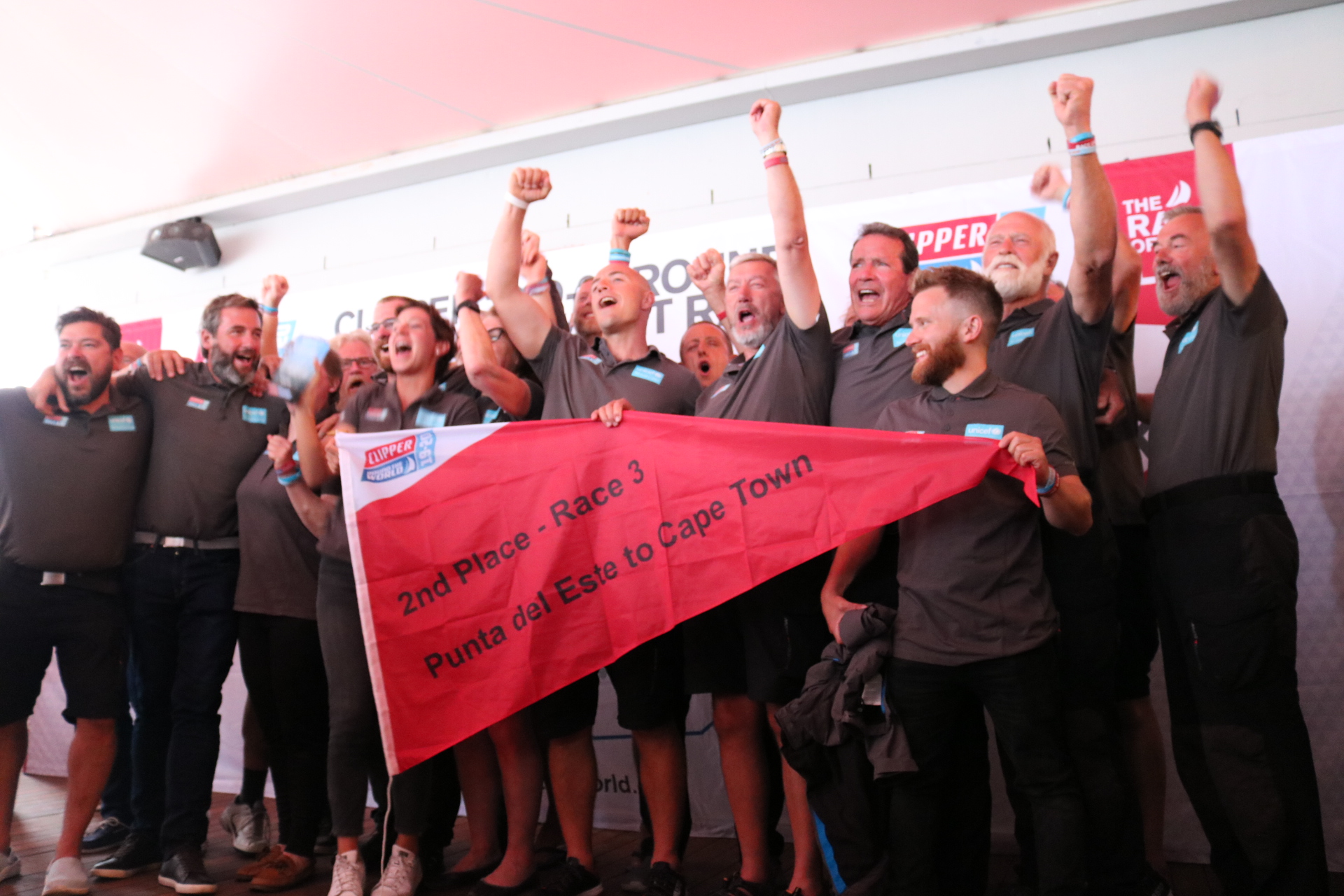 No strangers to the stage, after taking podium positions in Race 2 and 3, a jubilant Qingdao team took to the stage to be presented with its second first place pennant. 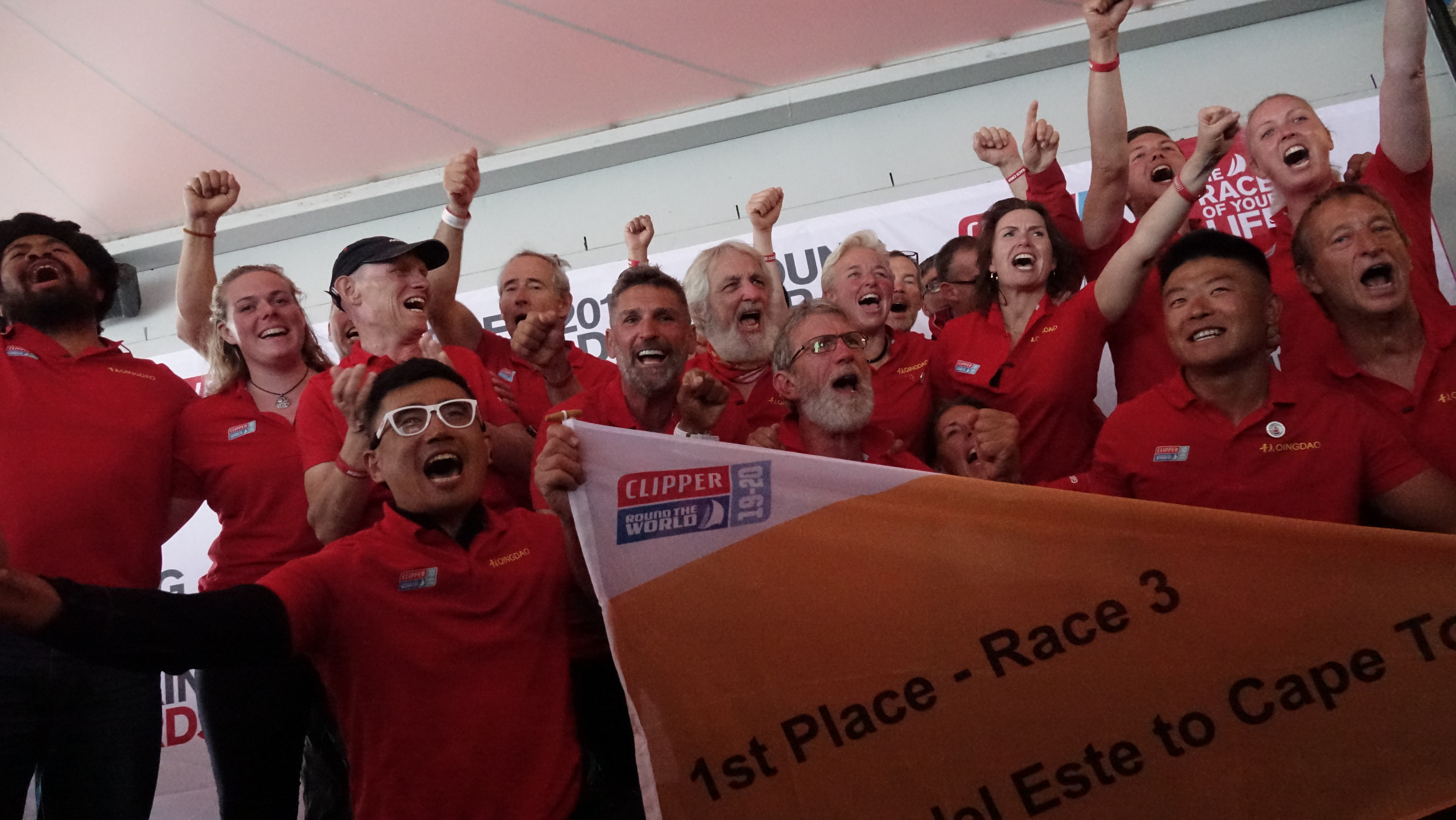 After a rollercoaster ride of a race for the fleet, emotions were clearly running high as the teams who have faced a multitude of highs and lows together, came together to celebrate each and everyone’s achievements.

The evening ended with some true Clipper Race spirit. Dare To Lead crossed the finish line into Cape Town to huge crowds of Clipper Race Crew who had gathered to cheer the team in.

The V&A Waterfront is the fleet's base in the city for a ninth time and will be home to the crew until the third leg of the race begins on Sunday 17 November. The Clipper 70s are a major attraction in Cape Town and the crew will enjoy a host of cultural, traditional and local activities and events during the stopover, including a safari drive, a tour of a wine valley, meeting local school children and having already been greeted to traditional African dance.

Head to the Cape Town page for more information.

Zhuhai is the last team to arrive into the V&A Waterfront Cape Town, South Africa. Here is the latest estimated arrival time for the team.Please note that these are best estimates based on the latest weather and the average speeds of the fleet. Weather and…

The Clipper Race Committee is announcing that CV25, Punta del Este, has been given a six-hour time penalty…