Two of the three Chinese teams, Visit Sanya, China and Qingdao, who are competing in the Clipper Round the World Yacht Race, have taken the two top spots in Race 2: The Commodore's Cup to Yacht Club Punta del Este, in Uruguay.

After 26 days of racing around the clock and covering over 5,000 nautical miles, a tightly fought battle played out between Visit Sanya and Qingdao. A jostle for the win ensued and it was the Qingdao team which clinched victory, crossing the finish line at 15:35:46UTC. 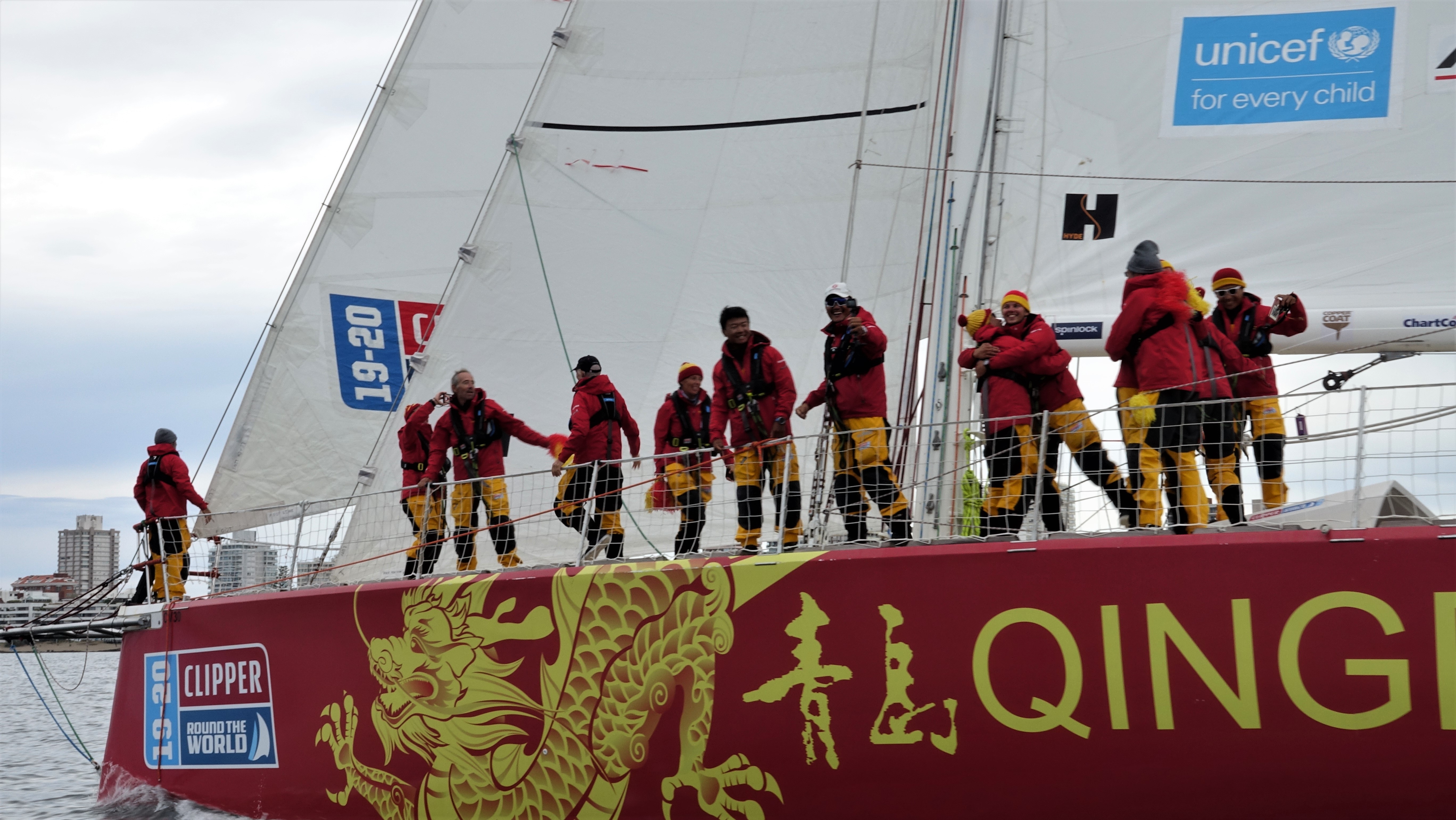 Says Chris Brooks, Qingdao Skipper: “It feels amazing to have won the race down to Punta del Este. The crew has worked so hard and I’m very proud of them.

“It could have been either us or Visit Sanya, China in first place – they played an amazing hand and were leading the race most of the way. It was snakes and ladders on the course all the time. 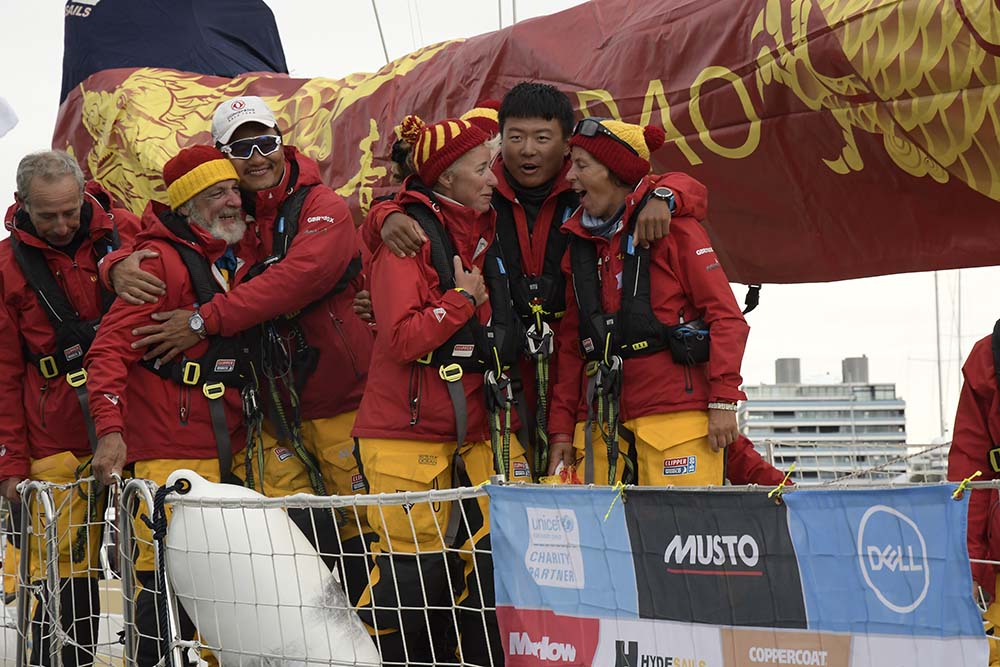 “Going through the Doldrums and the equator it was really hot below deck. The conditions haven’t been great, but the team are so strong and rock solid – all there to help each other out and that is the ethos we want to keep on the boat throughout the race round the world.”

The win for Qingdao was twice as impressive as the team had chosen to play its Joker on this race, meaning that its points for Race 2 will be doubled, scooping 22 points instead of the normal 11 points for a win, with Skipper Brooks saying: “I knew we could achieve it.” 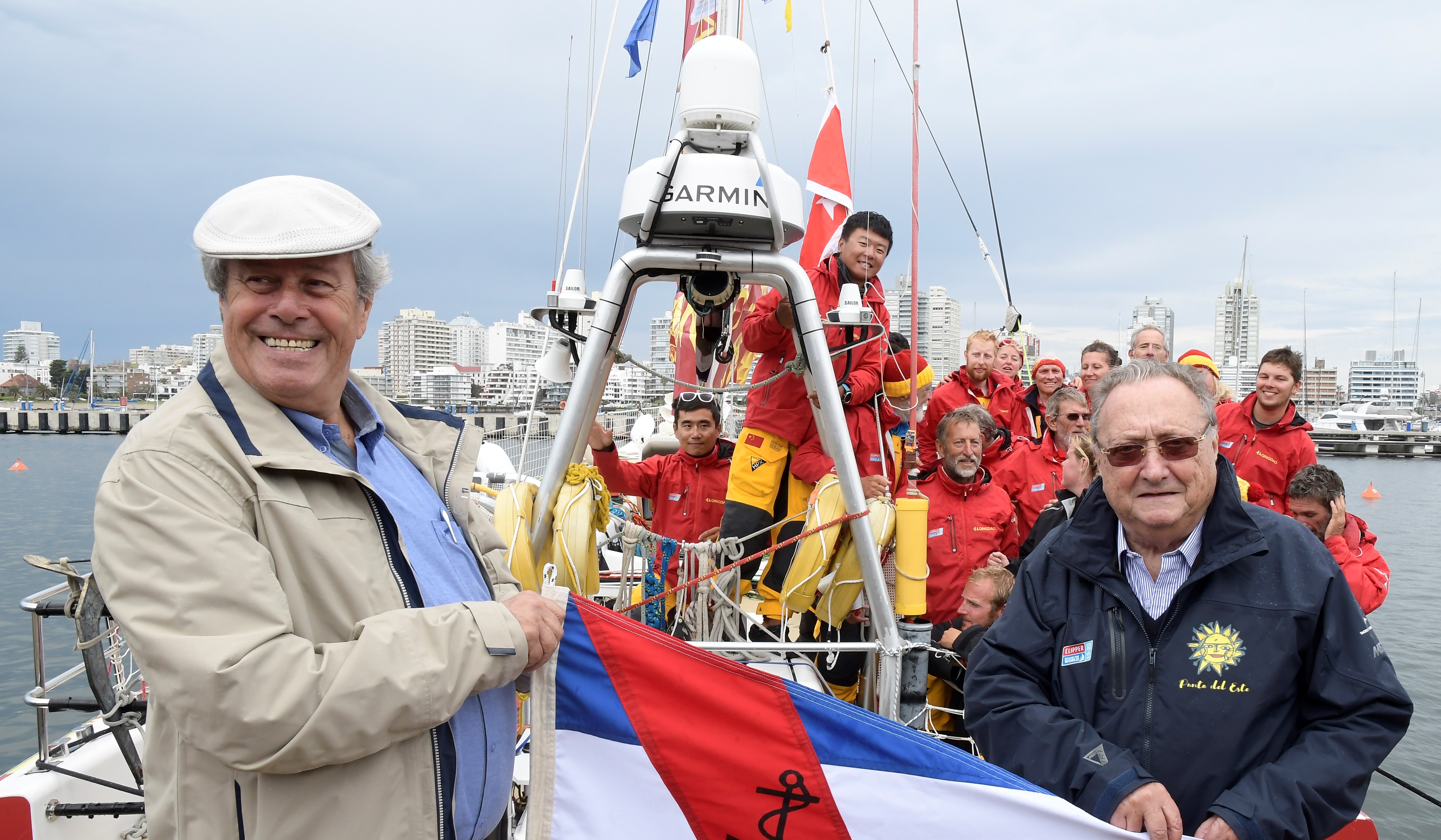 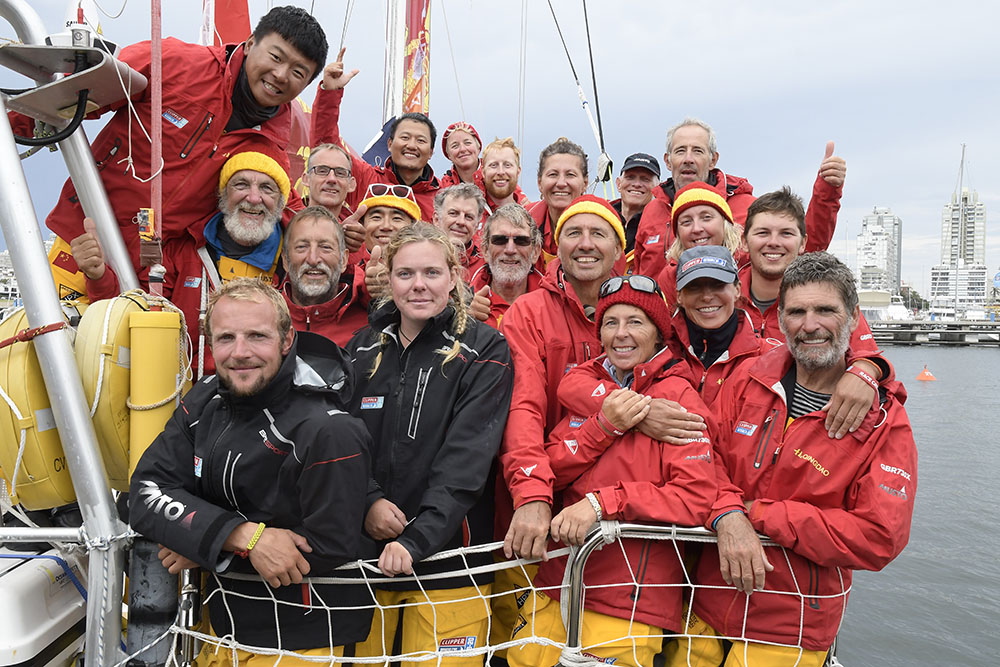 Mr. Che Jinghua, Director General of Qingdao Municipal Sports Bureau and Secretary General of Qingdao Major International Sailing Events (Festivals) Organising Committee sent the team a message of congratulations: “Congratulations to Skipper Chris and all the crew of Qingdao on winning first place with absolute predominance in the second race of the Clipper 2019-20 Race. The ten million Qingdao citizens are cheering for you!

“The Clipper Round the World Yacht Race is an international sport full of challenges and hope. We wish you to continue the triumphant steps and break new records in the upcoming races, realising the dream of Chinese people through the Qingdao yacht. Your Home Port of Qingdao is looking forward to your returning in March 2020!” 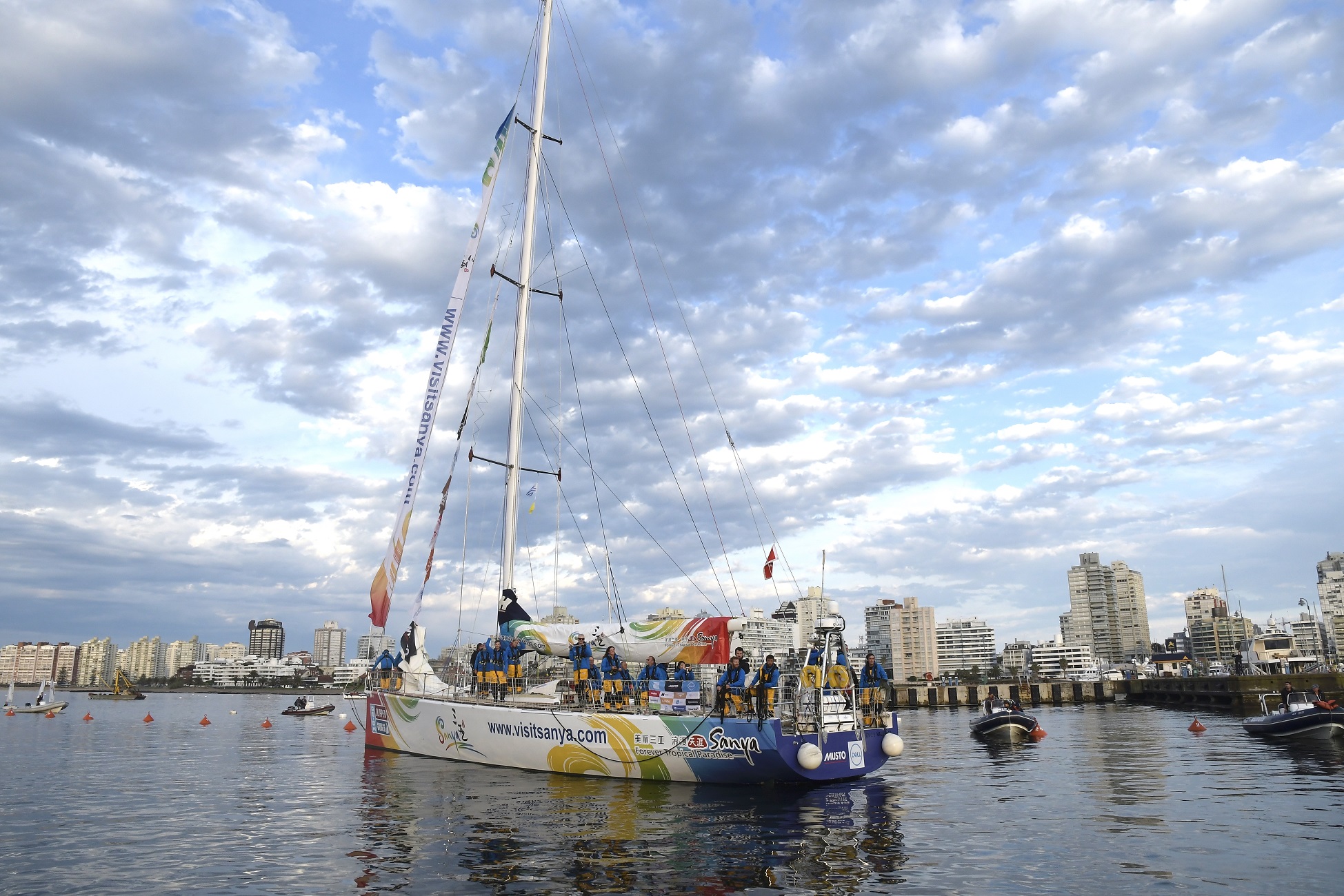 After its of game of cat and mouse, Visit Sanya took second place, crossing the finish line into Punta del Este at 20:10:55UTC. The team had led the Clipper Race pack for much of Race 2 but over the last 24 hours of racing, Qingdao pulled ahead.

Visit Sanya’s second place is still an impressive achievement, especially with the current third placed team (Ha Long Bay, Viet Nam), still over a day away from the finish line. This result saw secured a one-two result for the Chinese teams and ten points added to Visit Sanya’s overall haul so far on the leaderboard. 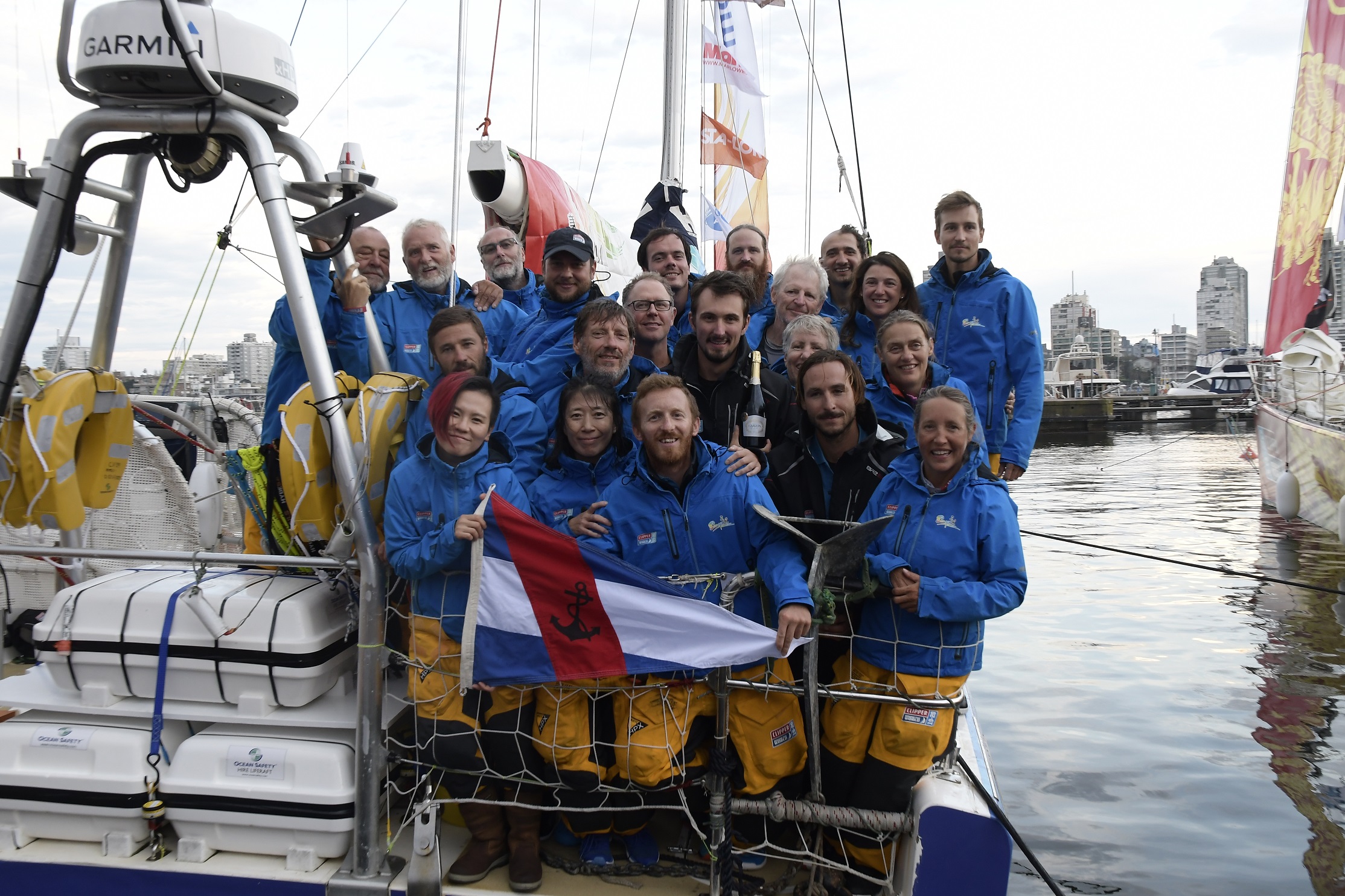 Visit Sanya, China celebrate with a bottle of wine from Team Supporter Garzon

Skipper Seumas Kellock says: “It feels great to come in second, of course we would have loved to come in first but we had a great race, led most of the way and who doesn’t love a bit of cat and mouse at the end."

On the challenges and tough conditions experienced on Race 2, Seumas continued: “What challenges didn’t the crew face? We had storm Lorenzo with 35-40 knots, heeling over, sweltering heat down below deck. We had Spinnakers ripping in half and torrential rain. We experienced it all.

“The team has developed loads, it's almost like they're a completely different team. We go through evolutions and we don’t need to think it through anymore, they just happen, it’s fantastic. They should incredibly proud, they’ve sailed more in the last 26 days than most people ever will in their lifetime.” 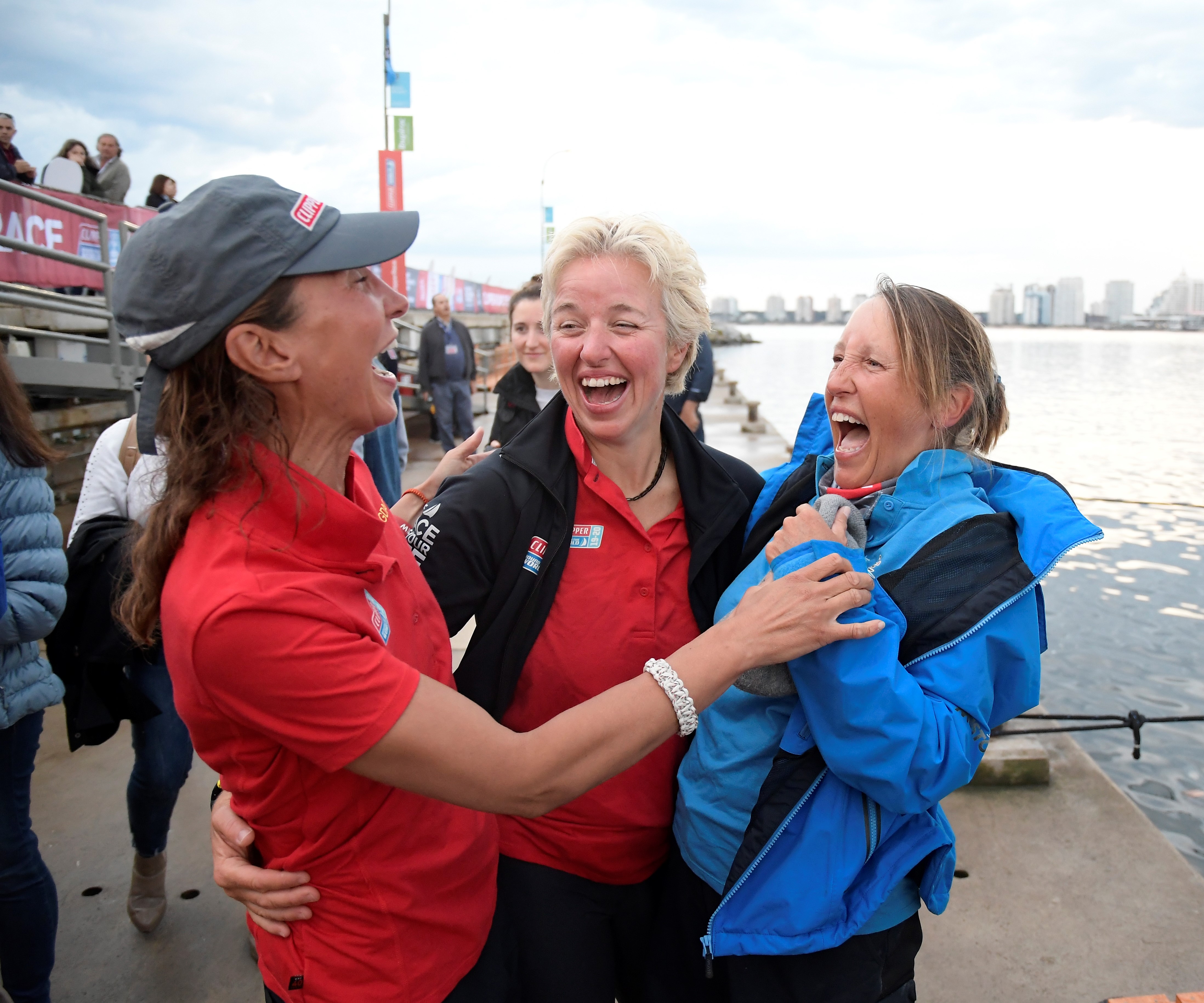 Dubbed the St Tropez of South America, Punta del Este is one of the continent’s most fashionable resorts and its prime location at the mouth of the River Plate and the Atlantic Ocean makes it the perfect destination for sailing at every level. Clipper Race Host Port Partner, Yacht Club Punta del Este, has a wide range of activities for the crew to enjoy during their stopover. Tango dancing, asado (a Uruguayan BBQ), a wine tasting with Team Supporter Garzon and a tour of the sights of the city.