Following recent media reports about the finding of deceased German sailor Manfred Fritz Bajorat in the Philippines last week, and subsequent misleading speculation regarding the involvement of the LMAX Exchange in this discovery, we would like to make the following clarification: 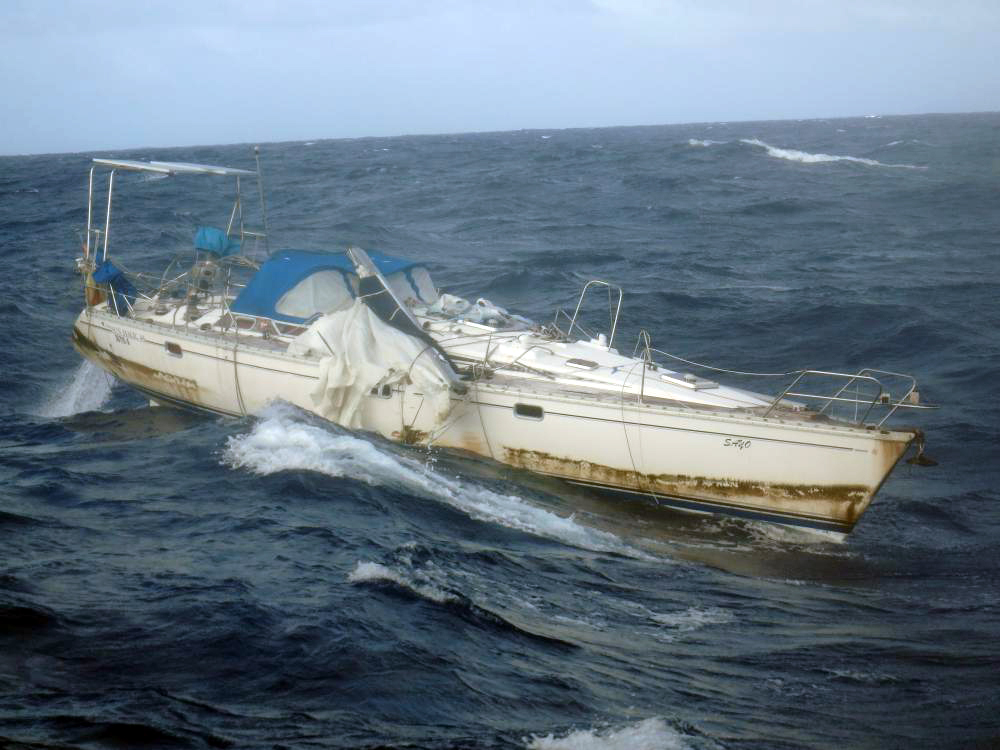 At 0624 UTC on 31 January, the LMAX Exchange team ceased competition during Race 7, from Airlie Beach, Australia, to Da Nang - Viet Nam, to examine an abandoned yacht (pictured) found drifting in its path (11 38N / 137 46E - 650nM east of Philippines and 470nM west of Guam). One of the crew swam out and boarded theyacht, named Sayo, where the sole occupant was unfortunately found dead, in a state of advanced decomposition.

After liaising with the US Coast Guard in Guam on the finding and location, and Falmouth Coast Guard, the team was instructed to carry on racing as it could provide no further assistance, while USCG Guam took over the investigation. Clipper Race Director Justin Taylor also notified the German Embassy in London, who informed the German Police and Coast Guard, who were then able to trace the sailor’s next of kin via the boat registration details provided by the team.

We first made reference to the finding of the boat on 31 January, and again in our Daily Race Report on 1 March when the deceased sailor was re-discovered and the finding was made public in international news reports. 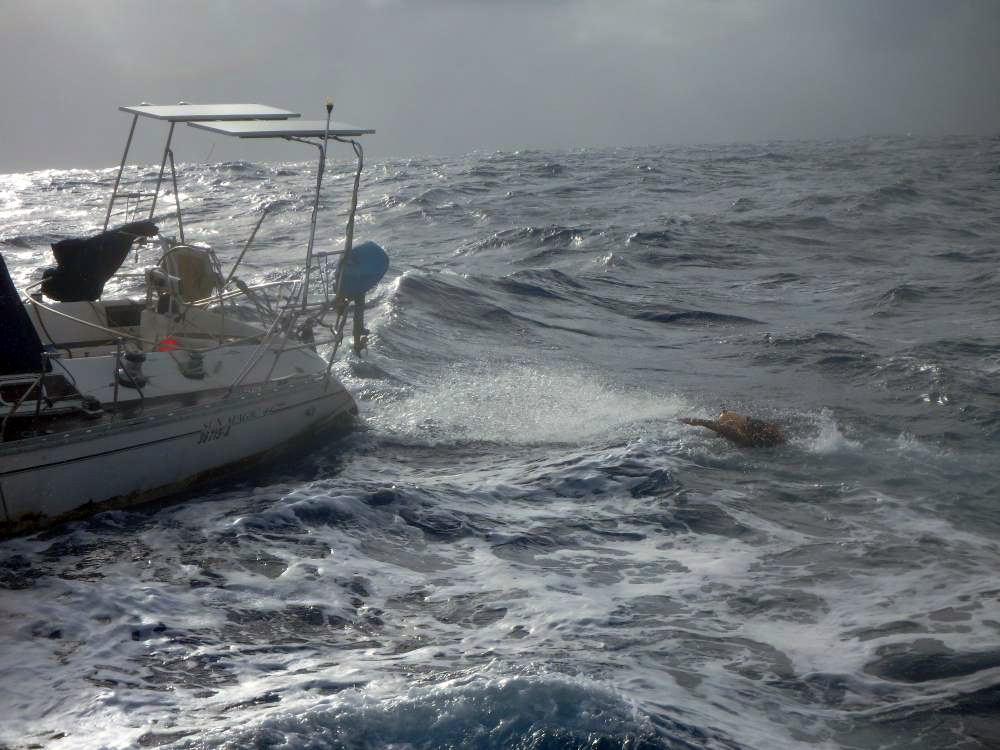 A statement made by the LMAX Exchange team says: “As reported, the crew of LMAX Exchange spotted a boat adrift off the coast of Guam. In the spirit of the Clipper Race and the crew of team LMAX Exchange, we put the racing aside in the hope of assisting the stricken vessel and any fellow sailors marooned.

“After boarding the drifting vessel, we unfortunately discovered the body of a lone sailor. We remained on site, under instruction, until released by the USCG who continued with the recovery.

"As a team we found comfort that he was found and that peace will be given to his friends and family who have been looking for him. Our words and thoughts were shared on board as he now rests in peace.”

Whilst it is necessary to explain whenever one of our Clipper Race teams stops racing, it was out of respect that we chose not to publicise the full details of the finding. We hoped to avoid causing unnecessary alarm within the international sailing community by announcing the death of a then unknown sailor.

As a company, we also felt it was inappropriate to create a news story out of such tragic circumstances, plus the experience was quite distressing for the crew member who went aboard, who does not wish to talk publicly about it.

We feel desperately saddened for Mr Bajorat’s family who have now been subjected to the publication of graphic images*. Our thoughts remain as ever with them.

*We would like to note that none of the graphic images shown of Mr Bajorat in the press were taken by our crew, and we have never publicised or shared any of these images, and will never do so.

“There are some things I will never forget in my life”

What more unique a way to celebrate your birthday than on board a 70-foot ocean racing yacht racing from Australia to Vietnam, having never sailed before. That’s what 24-year-old Khulekani Ben Makhanya from Mtubatuba did, having completed his first ocean crossing spending 27 days at…

Wind holes, thick fog and enormous fishing fleets are making for very stressful racing for the teams as they make…

It has been a day of mostly frustratingly light and unstable airs on The Sailing City • Qingdao Cup to China, with a dying breeze.Garmin, which was leading the fleet yesterday, is now in Stealth Mode until 1150 UTC today, and Derry~Londonderry~Doire, which was…

The teams have been contending with light, fluky winds and squally rain clouds during the Ocean Sprint, but have had…

The wind has eased and veered round to the east, pushing the yachts onto a more northerly heading as the…