Cleaning up in Seattle

Fundamental to the race and integral to the crew, the Clipper Race aims to create a greater link between communities and the ocean, and with partnerships at the forefront, the promotion of solutions that could help create a healthier ocean. During the Seattle stopover of the Clipper Race, Seattle Sports Commission, Port of Seattle, and Visit Seattle have planned events alongside the Clipper Race that bring to life the theme of the Seattle team: the oceans are our future. 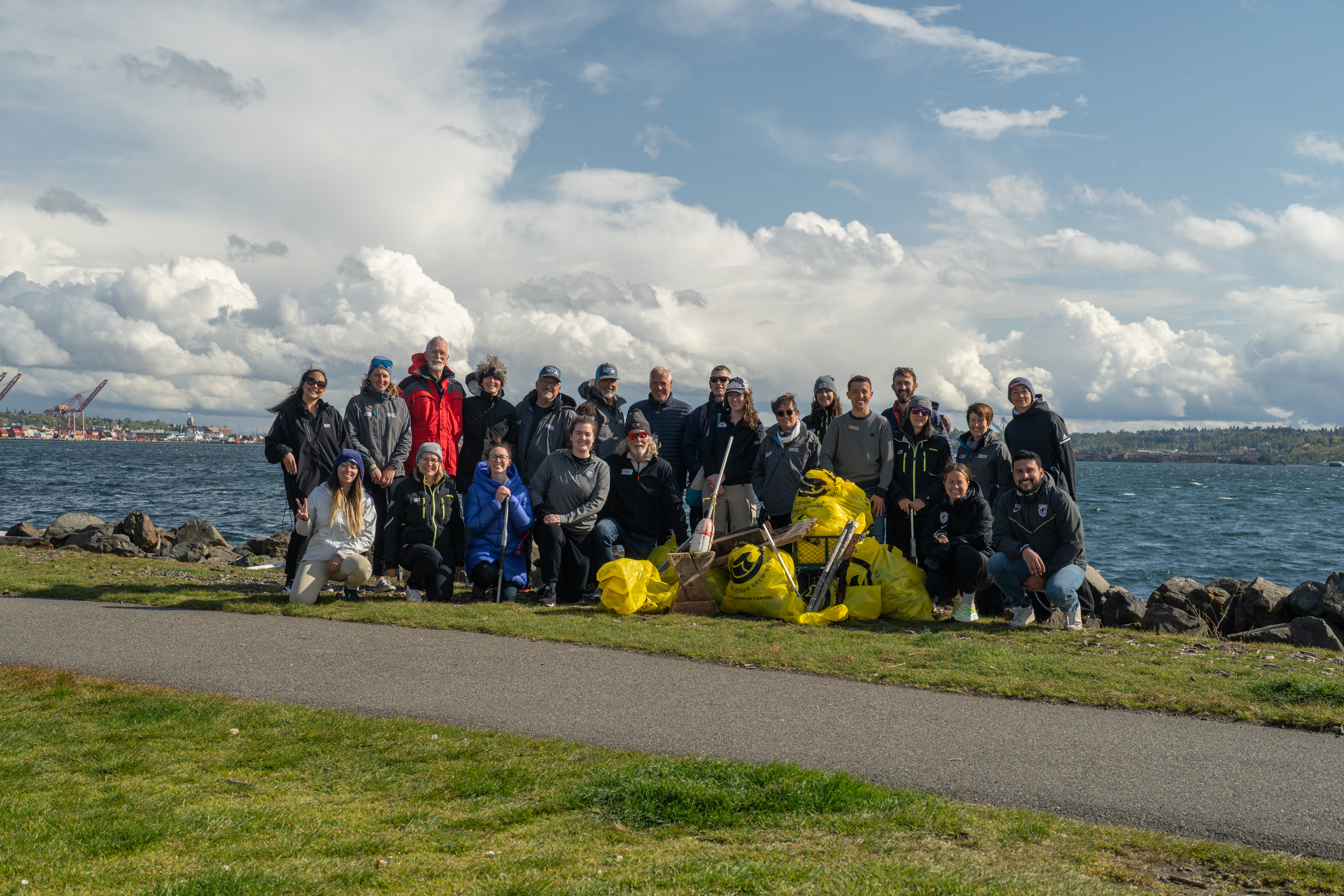 Image: The Clipper Race Crew on a mission

On Tuesday, Race Crew and Supporters took part in a beach clean to reinforce the shared message. Walking for around 90 minutes along the coast and the park, everyone donned their recyclable bags and gloves, provided by Puget Soundkeeper, and picked up as much rubbish as they could. The crew were joined by staff from the Seattle Sports Commission and players from the OL Reign ladies soccer team, who helped out with cleaning Myrtle Edwards park. 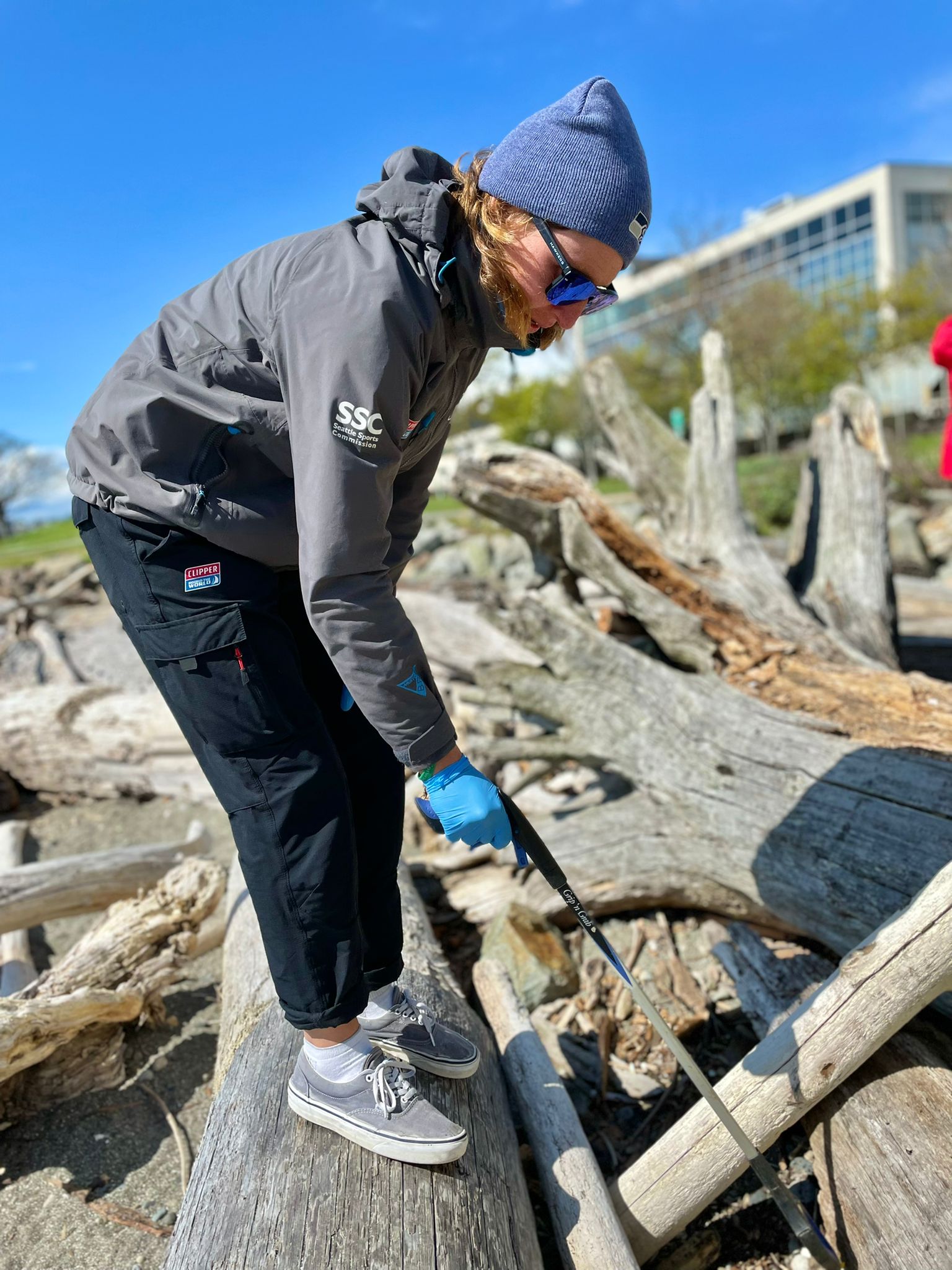 Hannah Brewis, First Mate on Seattle joined in with the beach clean. Reflecting on her time in the North Pacific, Hannah said: "The middle of the Pacific is so far from anywhere, but we did see plastic and rubbish. It's pretty incredible how far it travels. There was definitely a lot more litter in the water when we were closer to land." 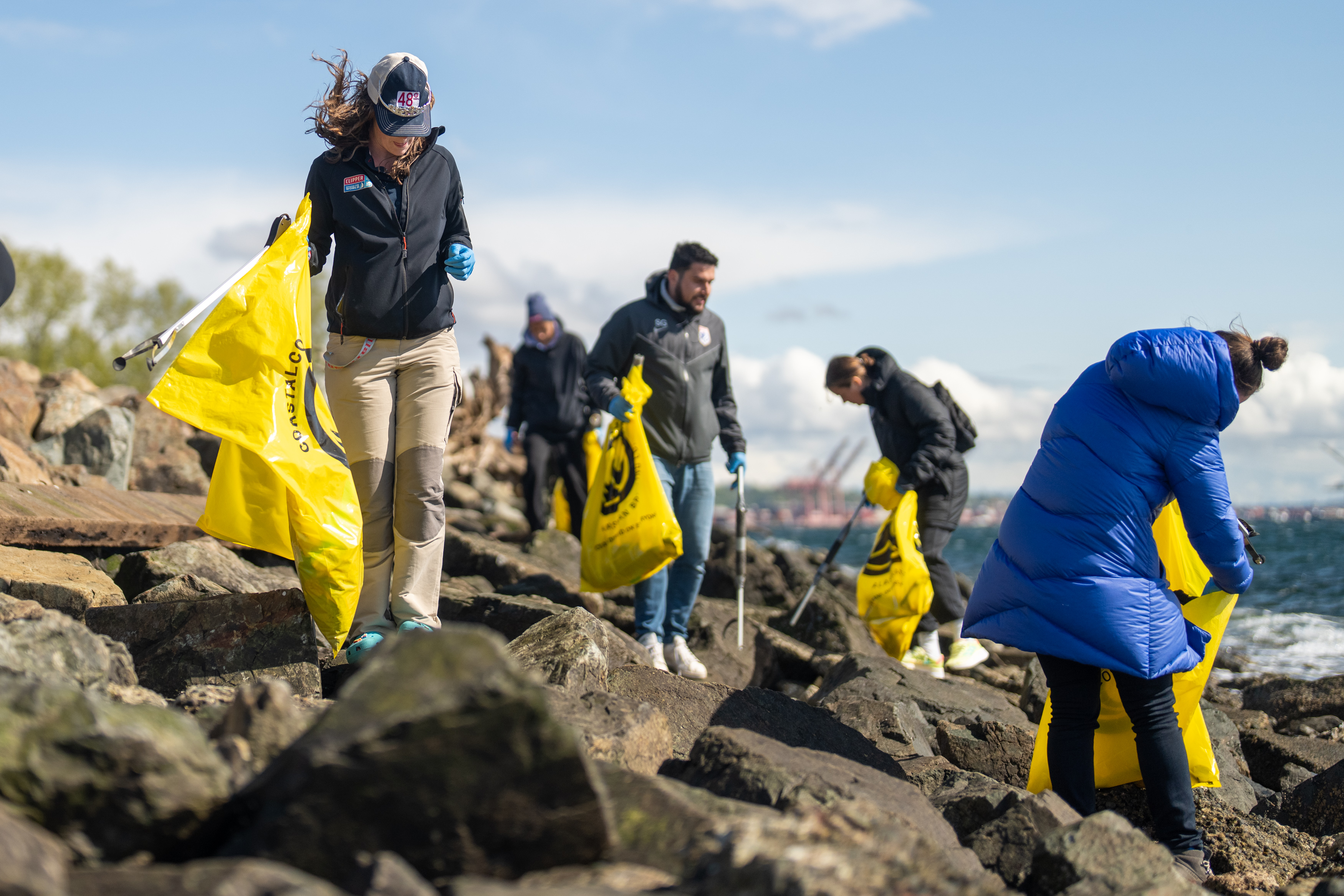 Image: Team work on land as well as on the ocean 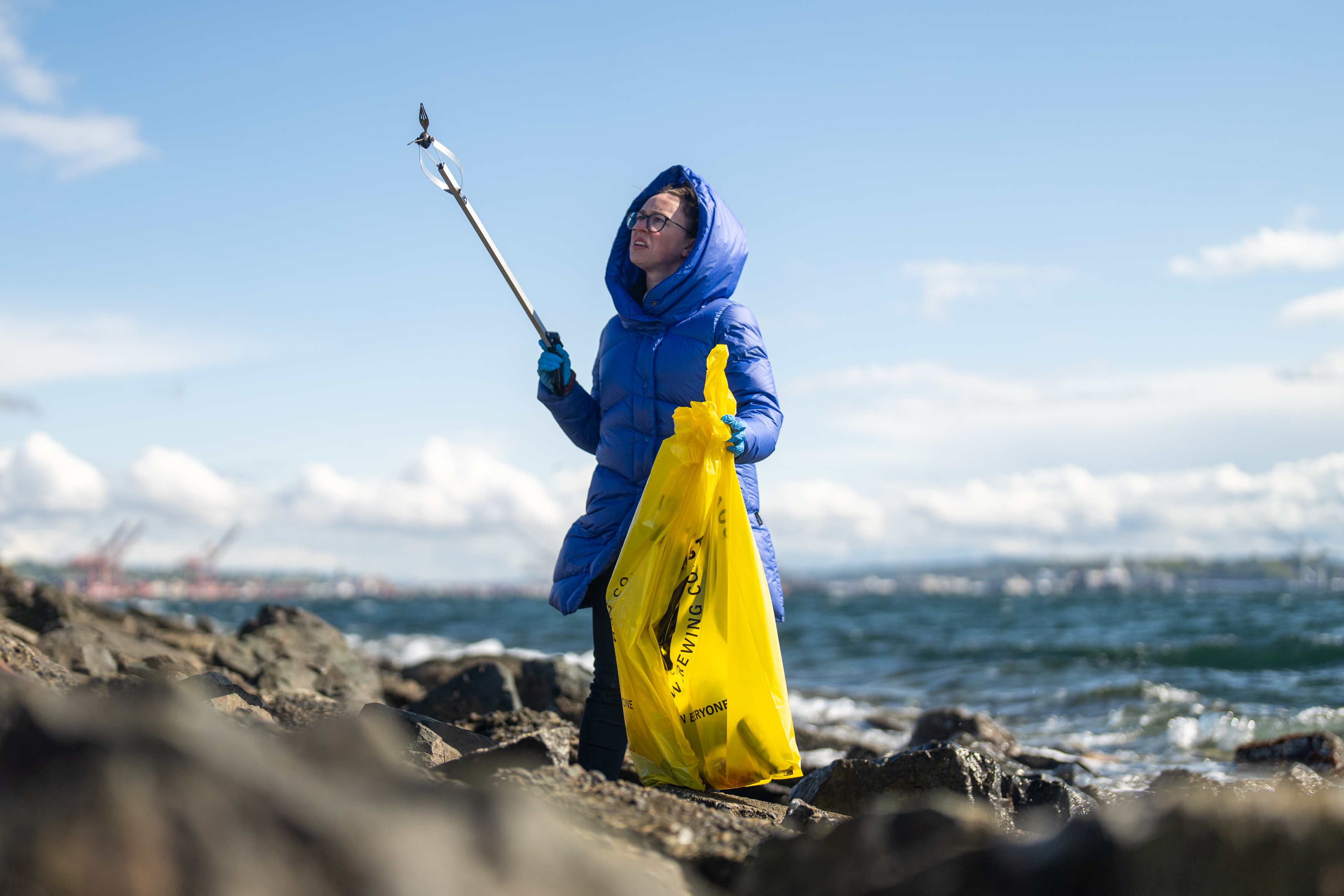 OL Reign ladies soccer team also joined the beach clean. Lauren Barnes said: "Ol Reign as a club is committed to being more sustainable and getting involved with activities within our community like local beach cleans is a great way to do this. I love the Pacific Northwest as there's so many initiatives within the region and sport that help encourage sustainability." 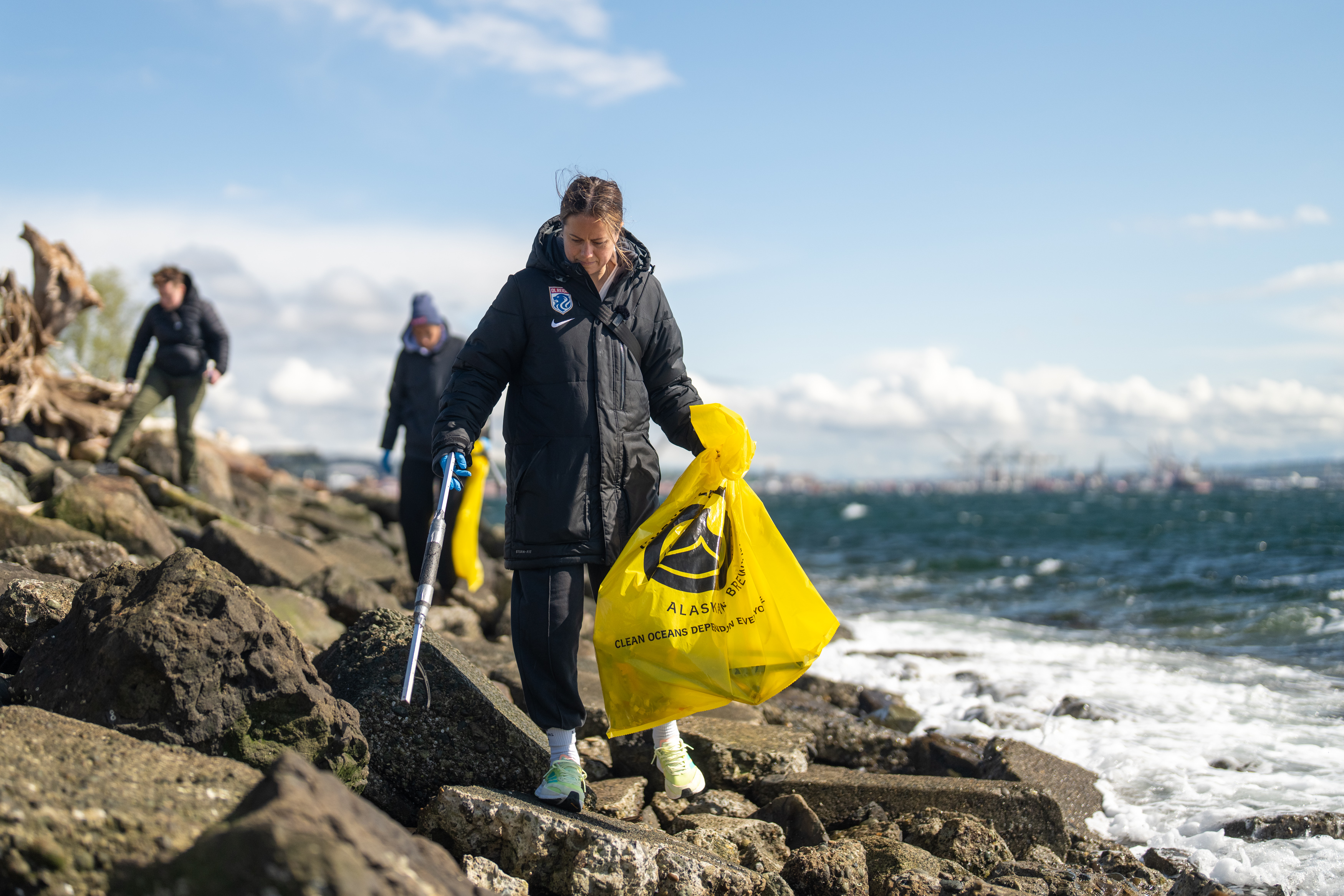 Image: Players from the OL Reign ladies soccer team joined in with clearing the shores

Goalkeeper Phallon Tullis-Joyce added: "It's of the utmost importance to protect the health of our beaches and oceans. I studied Marine Biology, and the ocean is something that has been very near and dear to me since I was young and going to the beach with my family. It's really important to me that we protect these areas so they're scared for generations to come, which is what we hope to achieve here by picking up trash." 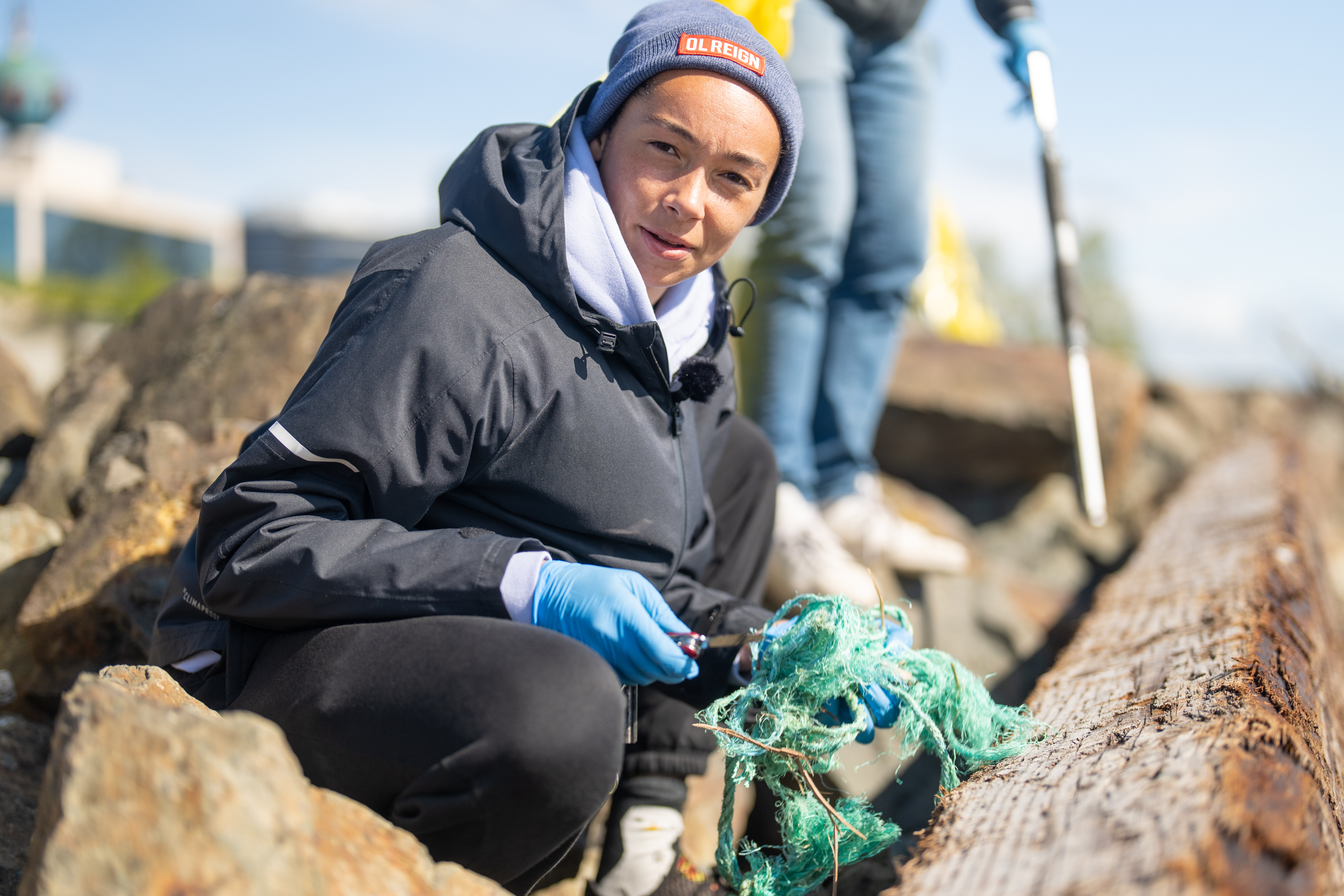 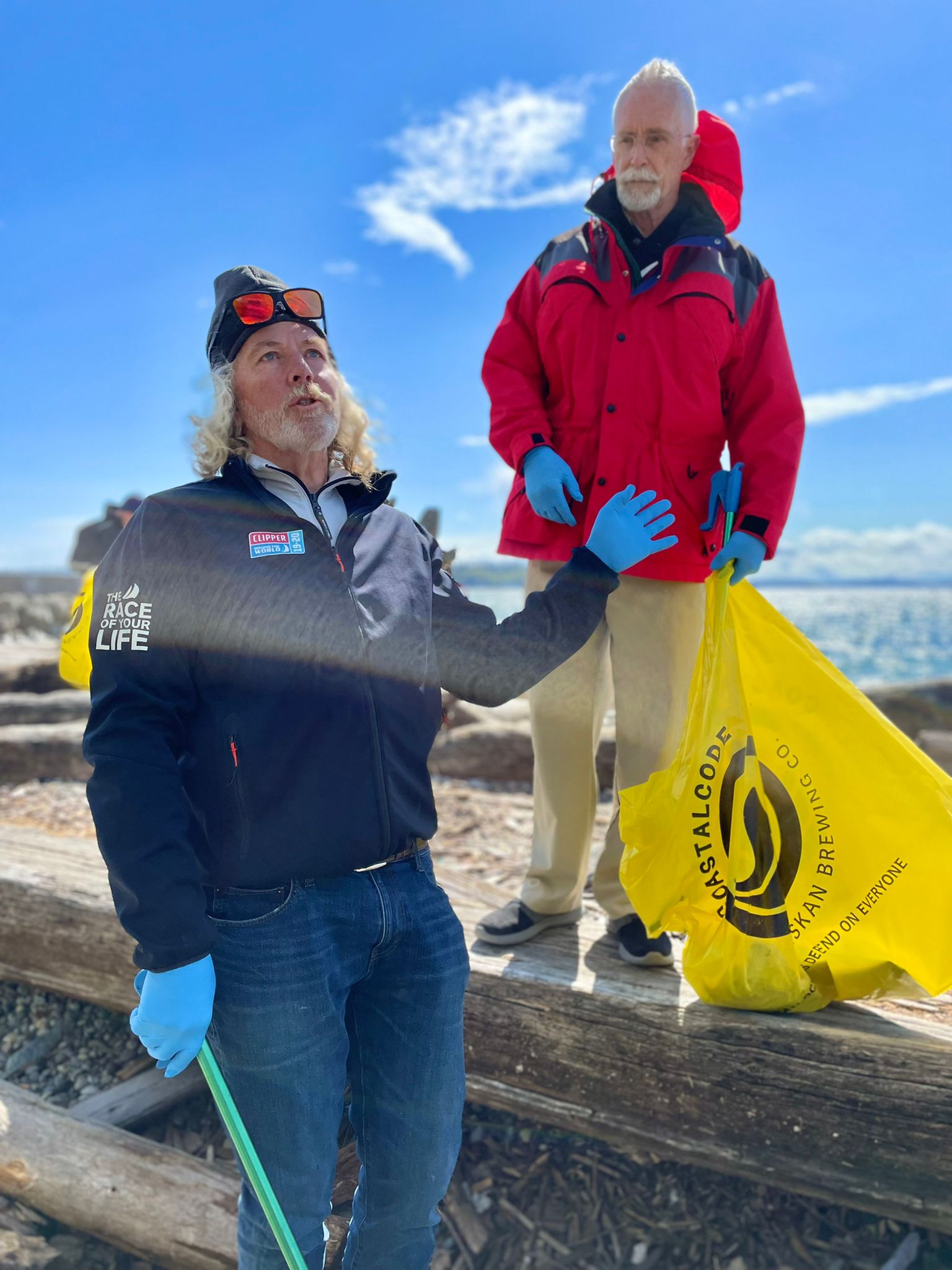 At the end of the clean up, 37 bags and over 160 lbs of trash - from bottles to cigarette butts - were collected, and someone even rescued a crab caught in plastic.

Keep up to date with the Seattle stopover on our social channels and news hub.

After a mammoth journey across the North Pacific spending 36 days at sea, the longest race in Clipper Race history,…