For many of us Boxing Day brings the enjoyment of turkey leftovers and shopping sales but for almost one hundred entries, including Clipper Events’ CV5, it brings one of the world’s ultimate blue water classics, and staple of our previous two Clipper Race editions, the Rolex Sydney Hobart Yacht Race (RSHYR).

On board CV5 this year, one of the two Clipper 68s based at our Sydney Training Hub, 16 crew from all walks of life will take to the water in the 72nd edition of the prestigious race.

Jane Hunt, 39, from Carrington, NSW, is one of the CV5 crew, and is also in training for the US Coast to Coast Leg 7 of the Clipper 2017-18 Race. A wife and stay at home mum to four children, when not on Clipper Race training, Jane spends her time volunteering and fundraising for her community.

After a long Christmas lunch in Sydney last year, Jane, who was already signed up for the Clipper 2017-18 Race, and her family walked to the Cruising Yacht Club of Australia to see the Clipper 2015-16 Race fleet prepare to take part in the RSHYR.

Jane admits that on Boxing Day, as she and her family watched the excitement of the race start, it motivated her to try it for herself. “It was then that my feet became itchy and a secret grew inside,” says Jane. “I had to do this!”

“I just knew I had to be a part of the RSHYR at some point. Through a heap of scary encouragement from my husband I was quick to sign up as soon as I heard it was possible to compete with Clipper Events. My husband said I was only allowed to go on a large boat with well-trained crew and an experienced skipper. I agreed and my experience so far with the Clipper Race and now Clipper Events has been amazing. The training has been such a great learning experience in a fun, warm friendly environment with great crew.” 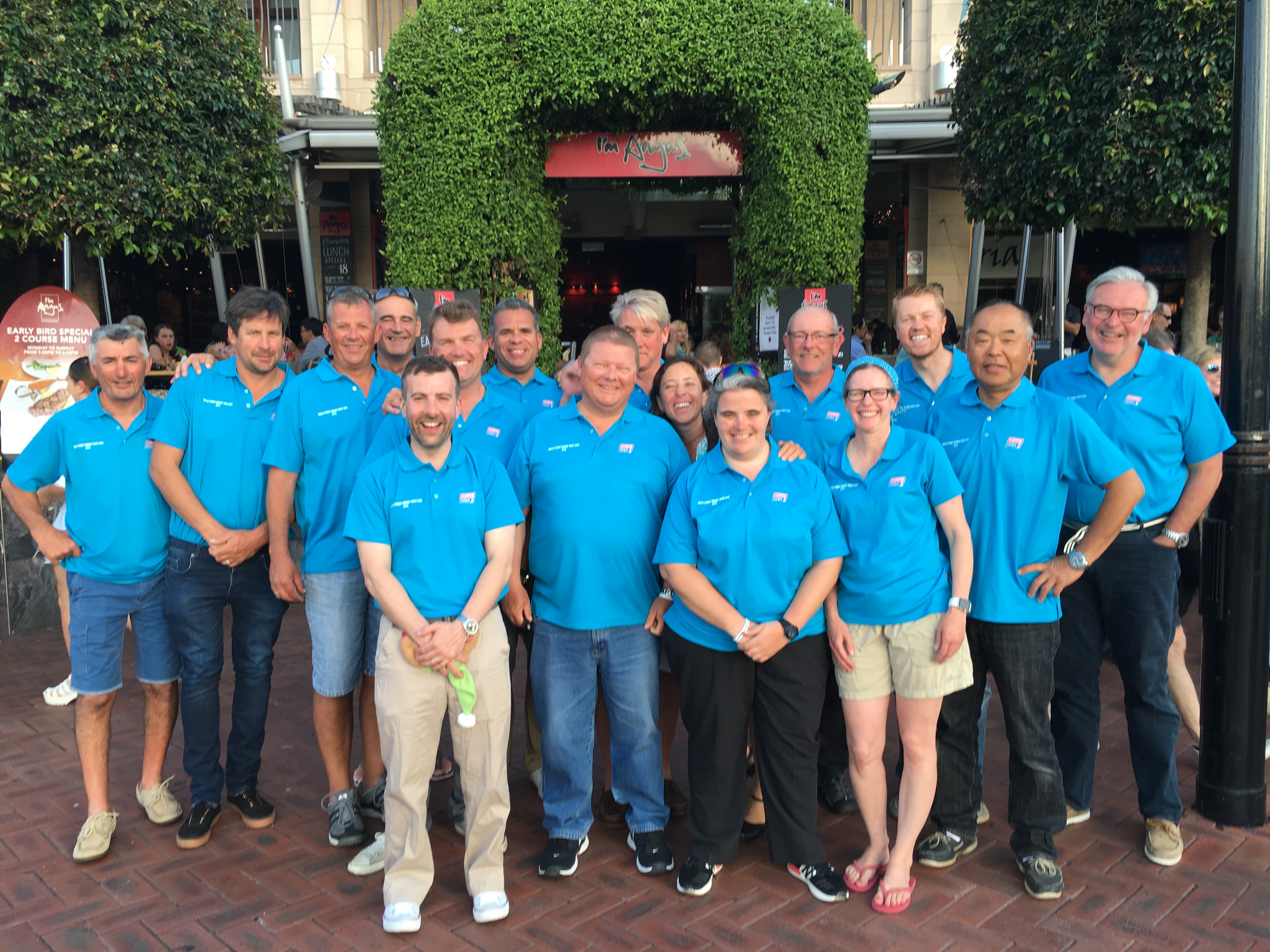 The CV5 team ahead of their race on Boxing Day

“I have only been sailing for two years and am yearning to learn more. I am here to give it my best and get the most out of the experience. I think the most challenging part of the RSHYR will be leaving my family for a few days, the night sailing and helming!

“I am most looking forward to the challenge, the start line and arriving in Hobart. My friends are there for New Year’s and they don’t know yet that I plan to be joining them, yet!”

The Race Start from the iconic Sydney Harbour and out of the heads is guaranteed to be a memorable moment, with the experience of approximately 100 competitors all jostling for position on the start line, attracting crowds and vessels of supporters, as well as media outlets from across the country and globe, to follow and cheer them on.

The atmosphere and excitement is palpable as the teams set off for what is often described as the most grueling race in the world, heading out into the Tasman Sea to navigate the notoriously punchy Bass Strait. It is out there that teams endure the threat or reality of the ‘Southerly Buster’ storms, famous in that region, before crossing the finish line 628 nautical miles and a few sleep deprived nights later to join the finish party with fellow competitors and supporters in Tasmania.

With only three days to go, when asked what she hopes to achieve from her first RSHYR experience, Jane says: “To prove to my four kids, even though I am a girl with glasses, that I can do it, so they can see that they too can achieve things that they didn’t even know existed.

“Similarly, when I first told my children that I was embarking on the Clipper Race next year, my eldest daughter said ‘Oh Mum, you’re going to grow a beard!’ So I hope I can inspire them during both races, without having grown a beard!”

If like Jane, you too would like to compete in an iconic regatta, check out Clipper Events sailing calendar here.

Or, if you would like to join Jane on board the Clipper 2017-18 Race, click here to find out more and apply. Hurry though as places are over 80 per cent full.

To follow the crew of CV5 during the Rolex Sydney Hobart Yacht Race this Boxing Day, visit its Facebook page here.

For most people an office with a view comes complete with comfy chair, desk, plus walls and windows to protect from the elements, however for Clipper Race riggers Alex Dower and Greg North, who are mostly found working 90 feet up the mast of the…