Clipper Race crew usually use the Clipper Race as a break from their everyday work, but alumni member Tom Salt is now turning his experiences in extreme endurance into a unique new Hampshire business venture.

Tom Salt, 33, from Chichester, took part in the 2009-10 edition of the Clipper Race on board Hull & Humber. In 2014, he and fellow Clipper Race team mate Mike Burton, then successfully completed the Talisker Whisky Atlantic Rowing Challenge together, coming first out of 16 entrants by 7 days, and it wasn’t long before Tom’s experiences kick-started the idea for a new business venture.

Encouraged by both events, Tom has just launched the Shoreseeker open water rowing challenge, based on Hayling Island. Similar to what the Clipper Race does for sailing, Tom and his team will train participants to row across the Western Mediterranean, racing against fellow amateur competitors, 24 hours a day, non-stop for a week. And guess what? No previous rowing experience is required.

Tom explains: “The Clipper Race had a profound effect on me. I was lucky enough to be one of the watch leaders on our boat, along with Mike, and the thing that I got out of the Clipper Race above all, was encouraging people to step out of their comfort zone and do something that they didn’t think they could do. Returning from this, back to a corporate job in the city was tough, and there was no doubt a spark lit for the future.” 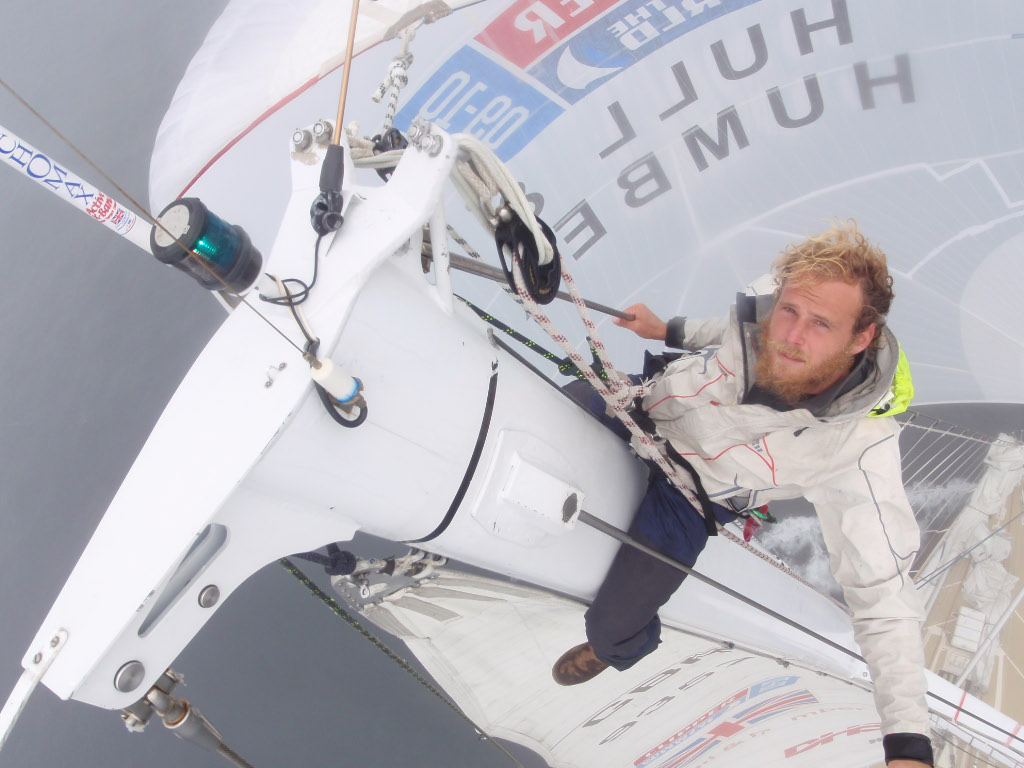 Tom on board the Clipper Race

He adds: “Two things made me decide to setup Shoreseeker. The first was that prior to this, there was no opportunity for someone to go and try out open water rowing. I wanted to change this, to make it far more accessible, so that there really is an established step to train and race offshore without having to go straight into an ocean crossing.

“The second reason is because I believe there is a proper sport to be established in weeklong open water rowing races. Something that almost anyone could easily fit into a week’s holiday, and get the buzz of self-propulsion and team work from start to finish. A matched fleet of boats is critical to this and the possibilities of different race destinations around the world are almost limitless.”

Tom gave up a successful job in London running the BT Sport Commercial team, and proceeded to have four boats built. He invited 100 people to take part in two trial races in the Western Mediterranean and of the 100, thirty people leapt at the chance to get involved.

“We had a hugely diverse group of people within the trial, 25-57 year olds and a mix of men and women, of course including a healthy number of Clipper Race alumni,” says Tom. “Mixed crews and single sex crews. Ocean rowers, professional sailors and plenty of people who had never set foot on a boat before. The common theme was a sense of adventure which ran throughout them all. We trained them, equipped them, briefed them, provided a support boat and off they went putting the concept to the test.”

Shoreseeker is currently looking for crew to take part in its inaugural 2017 race series. Emily Bambridge, a fellow Clipper Race alumni member from the last race edition, has also joined the shore team after being introduced to Tom via a member of the Clipper Race office team.

Emily, who took on a temporary role with Clipper Events after the race, says: “I left the Clipper Race on a huge high. Like many of us, I returned and decided I wanted more out of my future employment as I realised how much I thrived being challenged and around people with similar ambition.

“Shoreseeker, much like the Clipper Race, is a perfect place for people to try something new, and work with like-minded people to achieve something out of the ordinary. Being able to be involved in Tom’s ambitious vision is the challenge I was looking for, and I’m excited to be part of building the business from these early stages.” 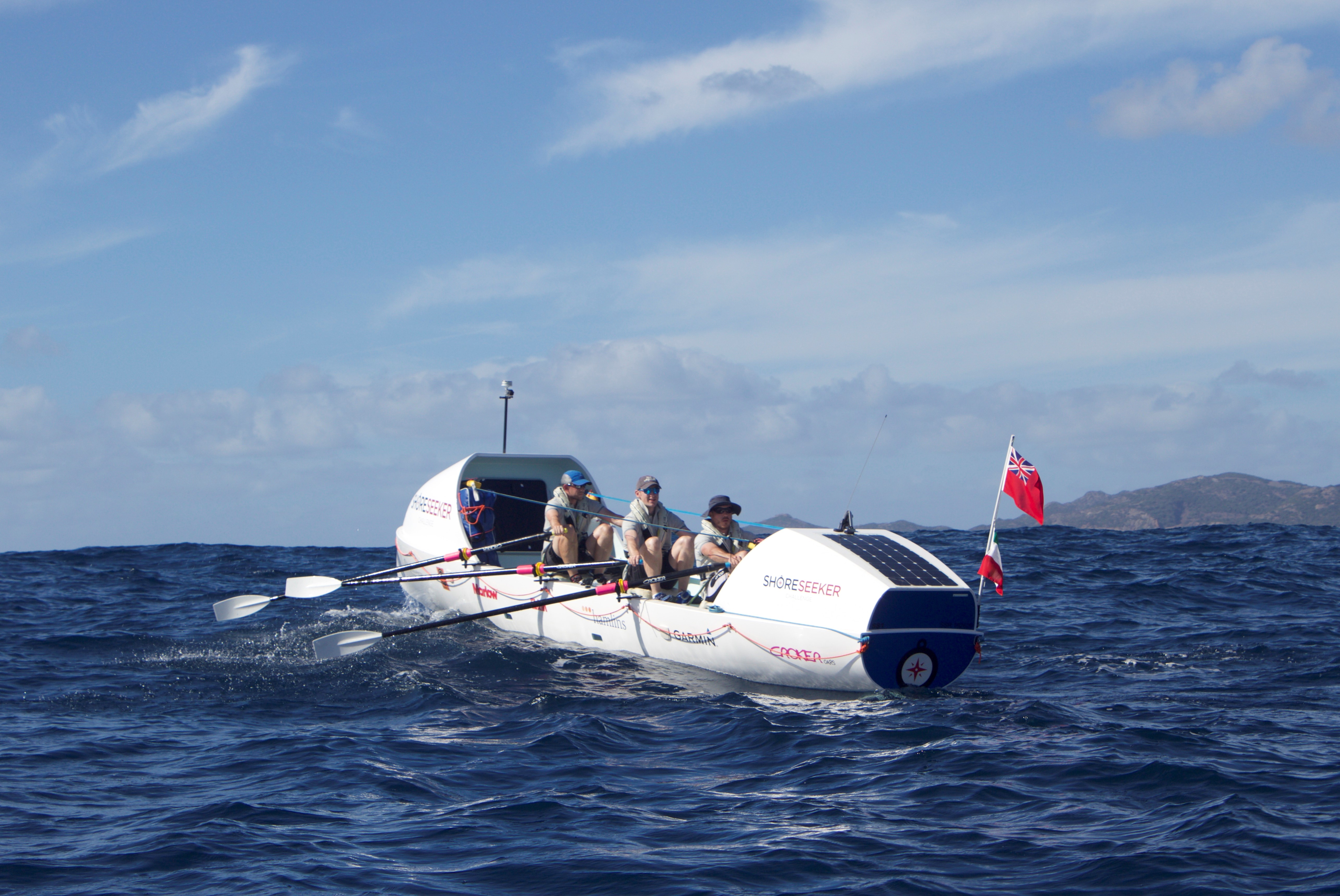 Competitors on board the Shoreseeker challenge

Clipper Race CEO William Ward knows exactly what it’s like to start a challenge business and has given his support to the new venture.

William, who founded the Clipper Race with Sir Robin Knox-Johnston twenty years ago, says: “I admire anyone who makes the leap to turn their passion and experiences into an opportunity for others and I also feel rather honoured to know that Tom’s positive experience with the Clipper Race has helped inspire such a bold life decision.

“Running a business is a challenge of a different kind but Tom is highly motivated, plus I believe Shoreseeker will have great appeal amongst endurance enthusiasts. I wish Shoreseeker the very best and hope that twenty years down the line Tom is celebrating similar successes to those Sir Robin and I have.”

Shoreseeker provides all of the training necessary to take part in their races. To take on the Mediterranean, this involves 5 days on-the-water and 5 days shore-based. For those hesitant about throwing themselves in at the deep end, then one of their weekend UK races might appeal, which only requires 3 days of training. And of course, if even this seems a bit extreme, then join them for a day on-the-water to decide if you want to take it further.

This summer’s Mediterranean challenges are:
1) 150-200 miles across the open body of water between Barcelona and Menorca
2) 150-200 miles around the islands of the Balearics from Menorca

Their UK challenges are 48-60hrs and will include: Round the Isle of Wight, Lands End to the Scilly Isles, Liverpool to the Isle of Man and a circumnavigation of the Isle of Arran

Kit, food and professional RYA qualifications are included. Once crew have completed a Shoreseeker challenge, training remains valid and there is the opportunity to pursue new rowing challenges as Shoreseeker expands into new locations, without having to repeat the training.

To find out more, visit www.shoreseekerchallenge.com