The Clipper Round the World Yacht Race and the Volvo Ocean Race, have been neighbours for the first time this week, berthed together at our Gosport, UK, base at exciting milestones in our respective event countdowns.

The Clipper Race, the only event on the planet which trains non-professionals to become ocean racers, is preparing to leave for Liverpool for the 2017-18 race start; whilst the professional Volvo Ocean Race teams are competing in Leg Zero which includes the Rolex Fastnet Race starting this Sunday (6 August), effectively a qualifying leg for the 2017-18 edition that starts from Alicante, Spain on 22 October, 2017.

Sir Robin Knox-Johnston, the first man to sail solo, non-stop around the world in 1968-69, and a veteran of the Whitbread Round The World Race (now known as the Volvo Ocean Race), who established the Clipper Race over twenty years ago, commented: “There’s been a great buzz around the marina all week and I think as much as the Clipper Race crew are feeling rather excited to be so close to their professional counterparts, I have also been impressed by the respect shown by the Volvo Ocean Race sailors towards our crew. 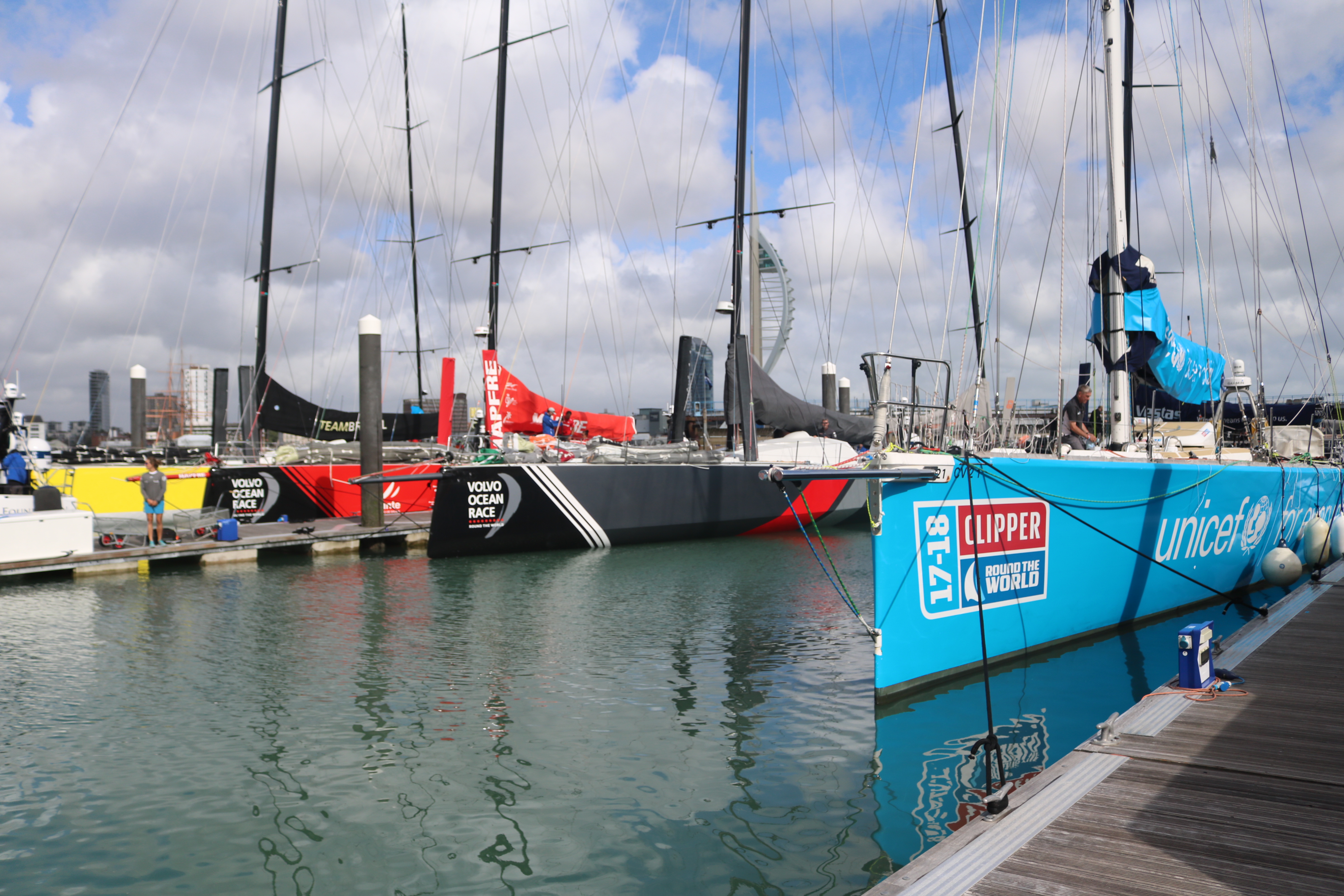 “Oceans do not distinguish between professional or non-professional sailors. The many challenges of racing around world are huge and the determination and endurance required to succeed is to be admired. Full respect to anybody, whether in the Clipper Race or Volvo Ocean Race, who takes on this unique challenge."

Approximately 40% of Clipper Race crew, who come from all walks of life and different careers, have no previous sailing experience when they first sign up. Four intensive weeks of training are provided to prepare crew, and each of the twelve teams is led by a professional Skipper.

Dee Caffari MBE is competing in her second consecutive Volvo Ocean Race, skippering the ‘Turn the Tide on Plastics’ team, having competed on Team SCA in 2014-15. Dee, who has also been a Clipper Race Training Skipper in the past, says: “It is commonly stated that more people have ventured into space or have climbed Mount Everest than have sailed round the world, so anyone who takes on the challenge of circumnavigation should be highly respected. 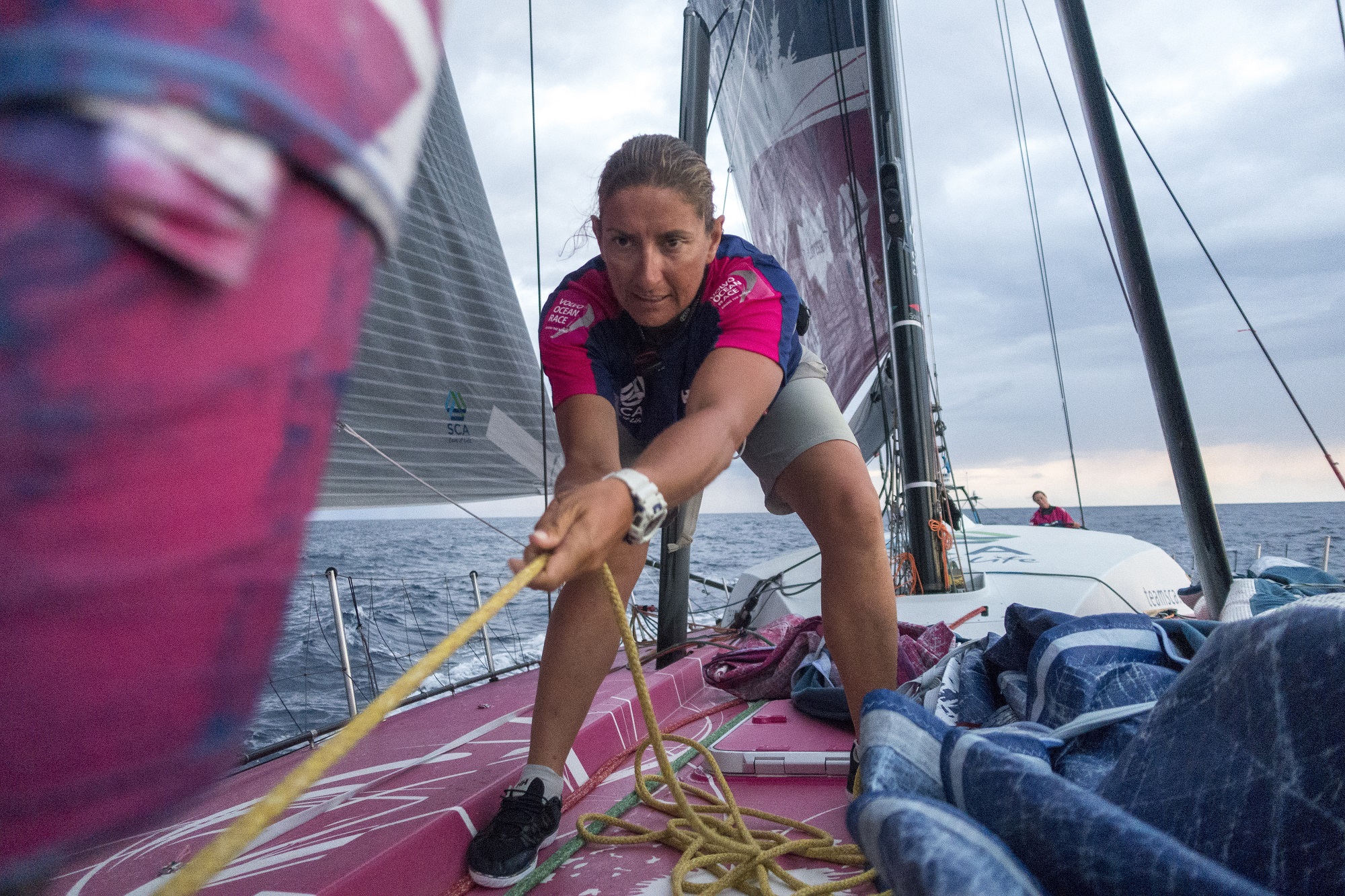 “It’s been a pleasure to see the Clipper Race crew busy preparing this week. I wish them all the best for their upcoming journey and look forward to sharing the unique and inexplicable bond of circumnavigation with them upon their return.”
“Experiencing the remotest and harshest parts of our planet in such a thrilling environment is something that bonds ocean sailors together and forever unites us as family. Sir Robin and the Clipper Race has been resolute in making this opportunity available to an ever-increasing number of people over the years, which is only positive for the future growth of our sport.

Since the Clipper Race started over twenty years ago almost 5,000 people have been turned into ocean racers. Crew members can choose to compete in individual race legs or the entire challenge. This is where everyone from chief executives to taxi drivers, nurses and firefighters, farmers, airline pilots and students, from age 18 upwards, join together to compete. There is no upper age limit, the oldest competitor to date is 74.

Pip O’Sullivan, 29, from Hampshire, left her job in Marketing recently and will be circumnavigating on board the GREAT Britain Clipper Race team. Before starting her training she had no previous sailing experience. 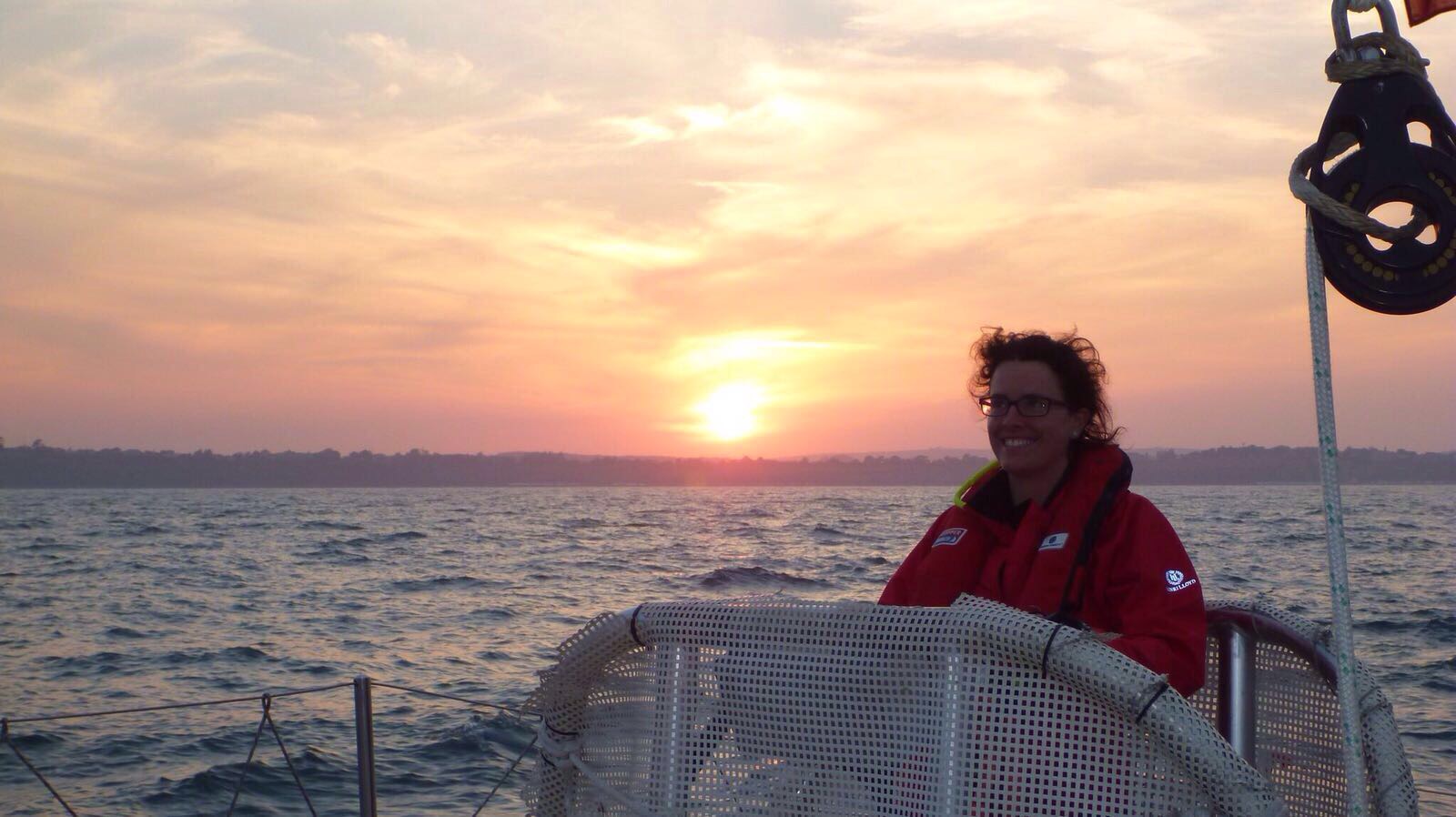 Pip pictured sailing during her training.

Pip says: “I’ve known about the Volvo Ocean Race for a long time but I never knew it would be possible that a non-sailor like myself could train and take part in a challenge of that scale, until I heard about the Clipper Race through a crew member who took part in the previous edition. I was looking for a big challenge and wanted to learn a new skill so it was the right time to make such a life-changing decision.

“Now, we’re here in the same marina as the Volvo Ocean Race sailors, preparing for our own races. Our challenges are very different, they are professional sailors, but the fact everyday people like me have the opportunity to experience such a challenging feat, is pretty special. Not long to go now, and we all just can’t wait to get started.”

The Clipper 2017-18 Race starts August 20 from Liverpool’s Albert Dock and will return eleven months later on July 28, 2018 after racing 40,000 nautical miles in 13 races across six continents. A total 712 crew members will compete on board twelve teams, representing 41 different nationalities.

The Volvo Ocean Race 2017-18 edition starts 22 October 2017 from Alicante, Spain and will take the teams 45,000 nautical miles around the world – across four oceans, touching six continents and 12 Host Cities, and finishing at the end of June 2018 in The Hague.

One of the most exciting weeks in the build up to the race at Clipper Race HQ, Race Prep Week,…

The Garmin yacht will once again be racing across the world’s oceans, after the Global GPS Navigation and Wearable Technology company re-signed as a Team Partner for the Clipper 2017-18 Race.And Gaëtan Thomas, the first Belgian Skipper in the history of the Clipper…