After a two year wait, the Clipper 2019-20 Race officially restarted at 1200 Local Time (0400 UTC). Race 10, the Sailing City - Qingdao Cup, got underway today by way of a Le Mans start just off the north coast of Luzon, Philippines. This race across the mighty North Pacific will see teams encounter an extraordinary challenge, sailing in huge waves and extreme weather systems as they race toward Seattle, USA.

Skipper David Hartshorn on CV22 Seattle was Lead Skipper for the start, and expertly corralled the fleet into position as planned and right on time. The exact position for the start was 19°00N, 120°30E, approx. 28nm off the north-western tip of Luzon, Philippines. On starting the race this morning, David said: “It was quite a challenging line, with 22-25 knots from the north east, and a moderate to rough sea with a northerly swell.

“Zhuhai, GoToBermuda and Punta del Este all had good starts with their Yankees powering up quickly. After ten minutes the only change to the fleet was all the boats moved up to sailing a close hauled course.”

Conditions made for an upwind start, with the fleet beginning on a starboard tack on a close reach, heading in a north-north-westerly direction at a good speed of 9-10 knots. After ten minutes (as no course or sail changes are permitted within the first ten minutes of a Le Mans start) the fleet altered course toward the wind on a more close-hauled course and northerly heading.

Zhuhai Skipper Patrick van der Zijden, said: “It was an impressive start in high waves! The yachts were all holding well, and David on Seattle did a fantastic job in co-ordinating the start. The crew on Zhuhai loved it, and were dressed in full team kit for the occasion. We had a strong start ahead of the fleet, now it's time for the crew to take the helm and preserve energy as we begin the long crossing ahead.” 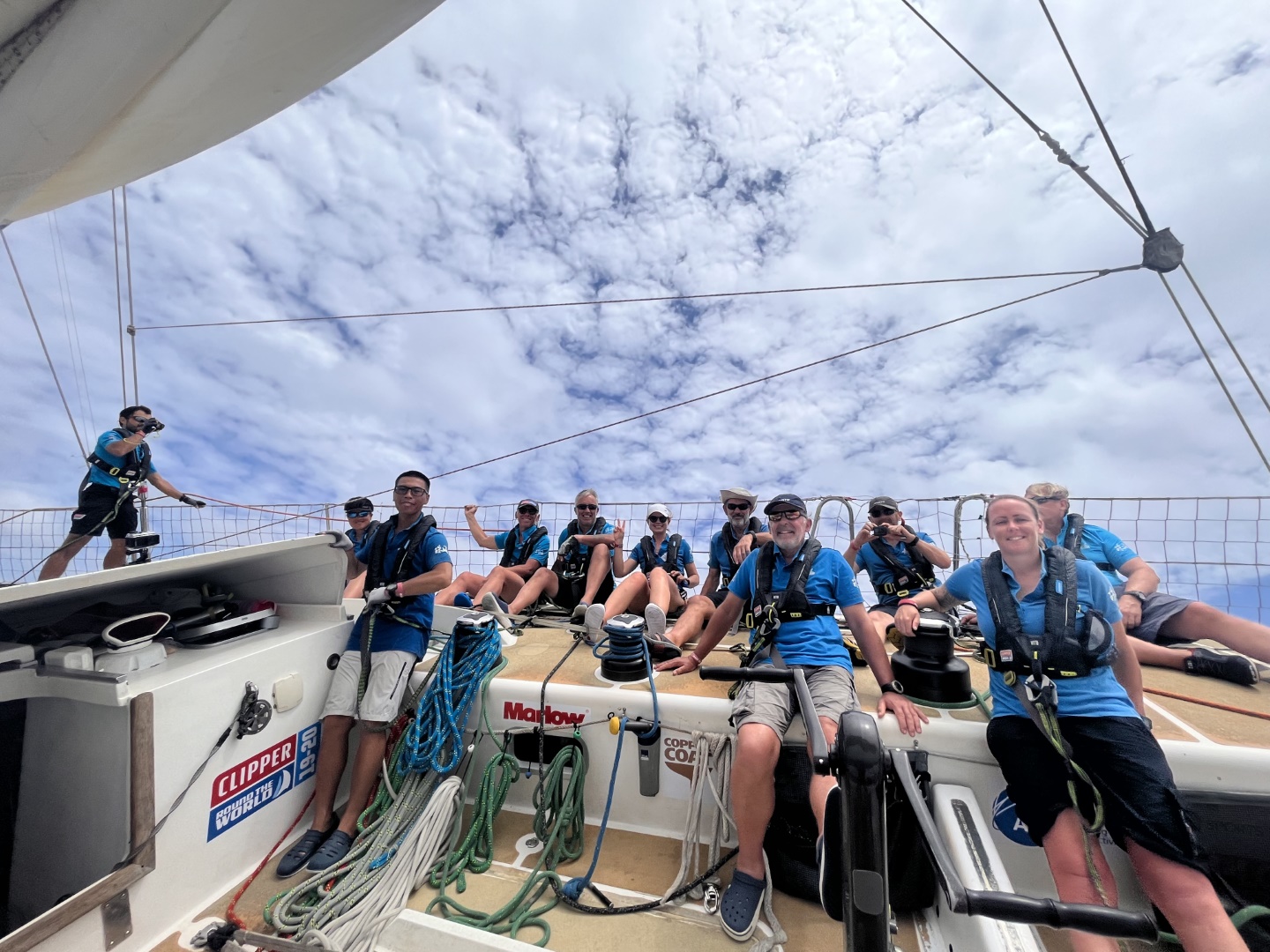 Dan Jones, Skipper on WTC Logistics added: “What a start- it’s happening! Race 10 is off to a blinding start, with us, Unicef and Zhuhai at the front. This is what we have all been waiting for - all of the blood, sweat and tears in preparation, finally put to the test on the Mighty North Pacific.”

On Sunday (20 March 2022), the Clipper Race fleet and Race Crew departed Subic Bay, Philippines, which was an emotional and electric day, following months of hard work and preparation by all for the restart. On leaving Subic Bay, the teams spent the past four days making their way up to the start line north of the island of Luzon, ready for a Le Mans start to get the race underway. A Le Mans start involves the fleet lining up under engine, with their mainsails raised and their headsails ready to go. Upon Race Start, the fleet can proceed forward raising their headsails, making for a rolling start and an impressive and exciting start to the race. 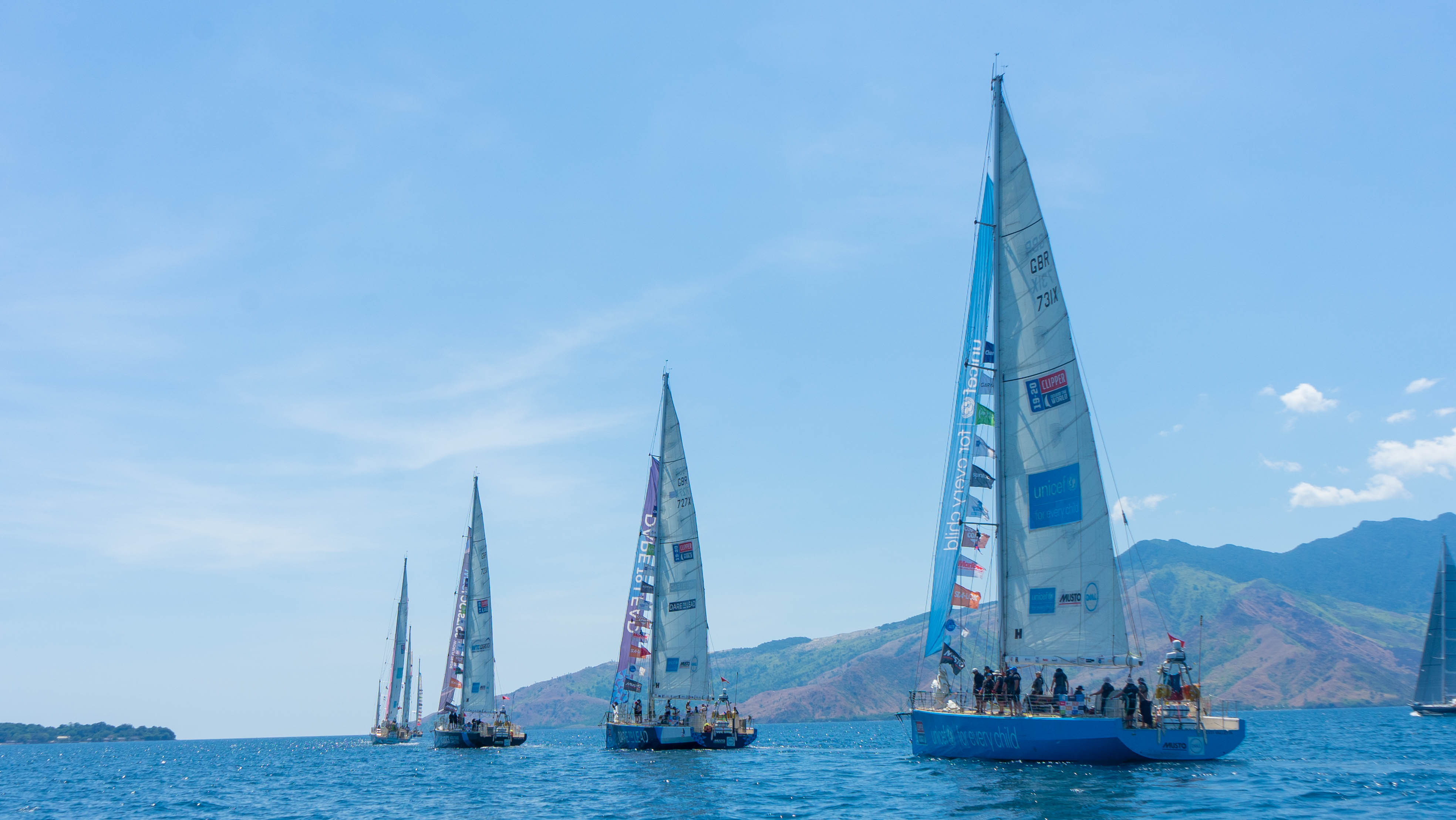 Parade of Sail on departure from Subic Bay on 20 March

Commenting on the start of Race 10, Mark Light, Clipper Race Director said: “They are off! Race 10 is on and it is absolutely awesome to see the Clipper Race fleet out there racing again. Thank you to Dave Hartshorn and all of the Skippers, AQPs and Race Crew for creating another amazing milestone in the Clipper Race.

“Over the next 24 hours, the wind is due to veer (move clockwise) to the east and then further south-east, decreasing slightly, meaning that the fleet can make great speeds on a north-easterly tack up towards the first Virtual Mark Sunshine. By tomorrow, it’s likely that spinnakers will appear across the fleet, meaning some fast sailing and a majestic sight with eleven Clipper Race yachts flying their large asymmetric spinnakers, and match racing each other. There is nothing better in yacht racing and the crew will experience something that they will have missed for far too long. We will be glued to the Race Viewer here in the UK!”

Susan Went, a Management Consultant from Surrey, has embarked on the challenge of racing the North Pacific Ocean in memory of her good friend and former Clipper Race Crew member Chrissie Jackson, who had hoped to sail across this ocean but sadly lost her life…

The Clipper 2019-20 Race is back underway as the fleet departed from Subic Bay in the Philippines. Some 150 Race…

The Clipper 2019-20 Race restarted from the Philippines today with the eleven yachts, crewed by non-professional sailors, departing for the…