The Clipper Round the World Yacht Race reached an important milestone today. It has announced that £1million has been raised for its Charity Partner, the UK Committee for UNICEF (UNICEF UK) since the beginning of their partnership in 2015.

Through the fundraising efforts of staff, Race Crew past and present, their supporters, and Race Partners, the £1million have been donated over the past three editions of the Clipper Race.

The children’s charity launched its partnership with the Clipper Race in 2015, with the sailing race gifting the ‘big blue boat’ to the charity meaning a UNICEF team has circumnavigated the globe three times, raising awareness of the issues impacting children as it traverses the globe.

William Ward, Clipper Race Co-Founder and CEO says: “To the Clipper Race family far and wide, we send a heartfelt thank you to all that have helped us reach this milestone.

“It is no mean feat to have achieved this, and we appreciate all the effort over the past six years that has gone into fundraising for UNICEF UK and we thank everyone who has donated along the way.

“UNICEF UK carries out such important work to raise awareness of the issues facing children around the world and supports meaningful projects which have a positive impact on children’s welfare, education and health. We are proud to see the difference that donations can make to young people’s lives.” 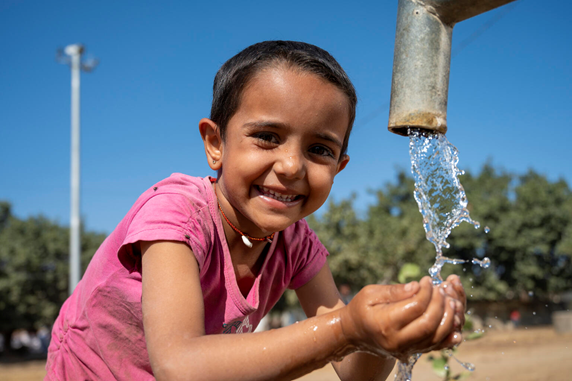 UNICEF relies entirely on voluntary contributions and donations. Its life-saving work wouldn’t be possible without the extraordinary generosity of its fundraisers and corporate partners who help raise vital funds for UNICEF’s work around the world. 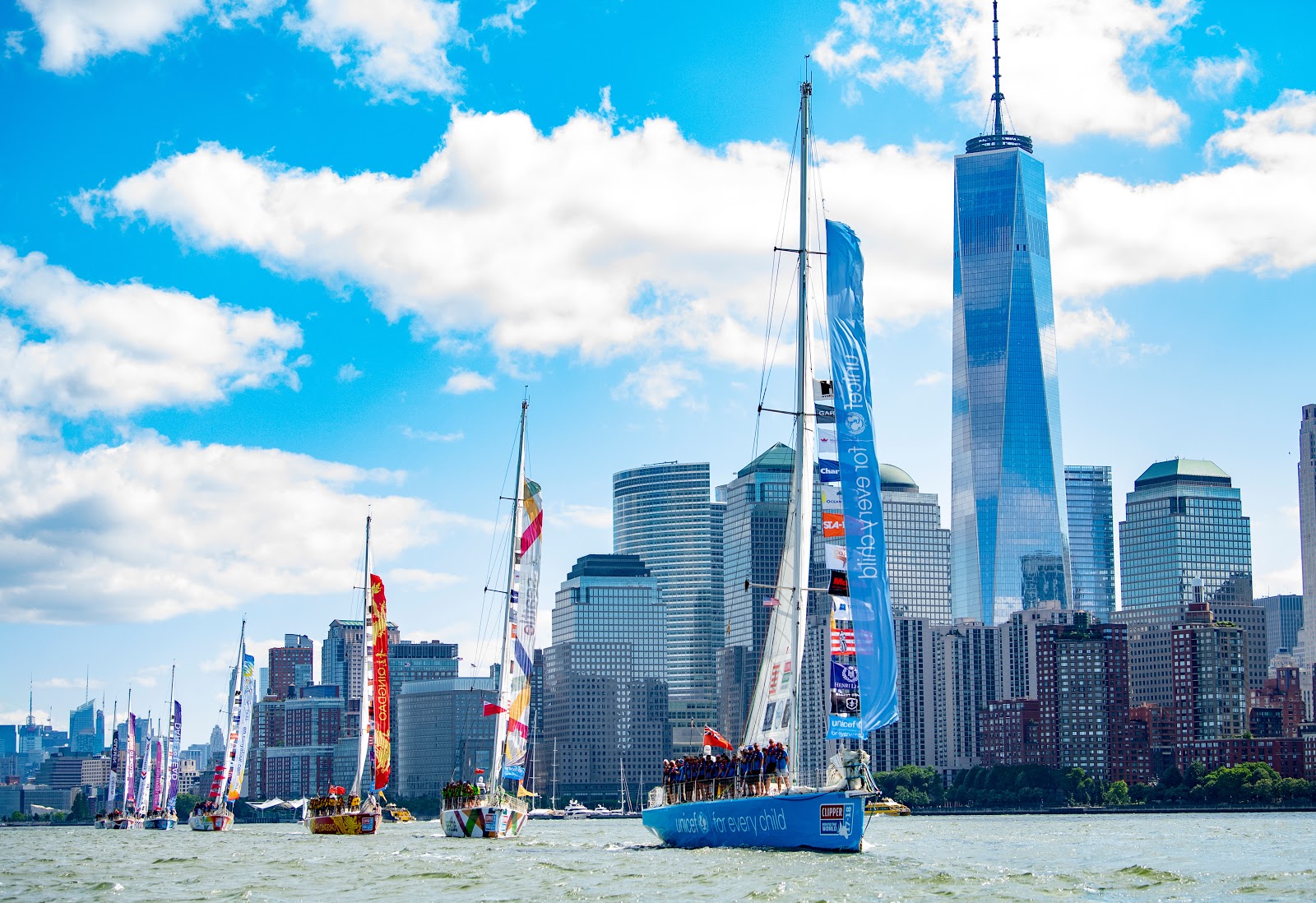 Sue Adams, Director of Corporate Partnerships at UNICEF UK said: “I would like to thank the incredible Clipper Round the World Yacht Race team for their continued dedication to supporting UNICEF’s work for children around the world. Since 2015, the vital funds that the team raised have helped fund our work, so that more children can live in a safe, happy and healthy environment.

“Thanks to the wonderful efforts of Clipper Race Crew, their Supporters and Race Partners, an incredible £1million has been raised since the beginning of our partnership in 2015. We are grateful to Clipper Race supporters for their dedication to supporting UNICEF’s life-saving work to build a better world for every child, every day, everywhere.

“We are looking forward to building on the great successes of our wonderful long-standing partnership with the Clipper Race, and seeing the UNICEF yacht in action again.”

As the Clipper Race fleet races to different countries across the globe, its crew have the opportunity to visit projects that were supported by the UK Committee for UNICEF (UNICEF UK), to see where the charity is making a positive impact on the lives of children. These visits are a way for the crew to inspire children with tales of their adventure and in exchange, learn first hand about the initiatives UNICEF UK supports. 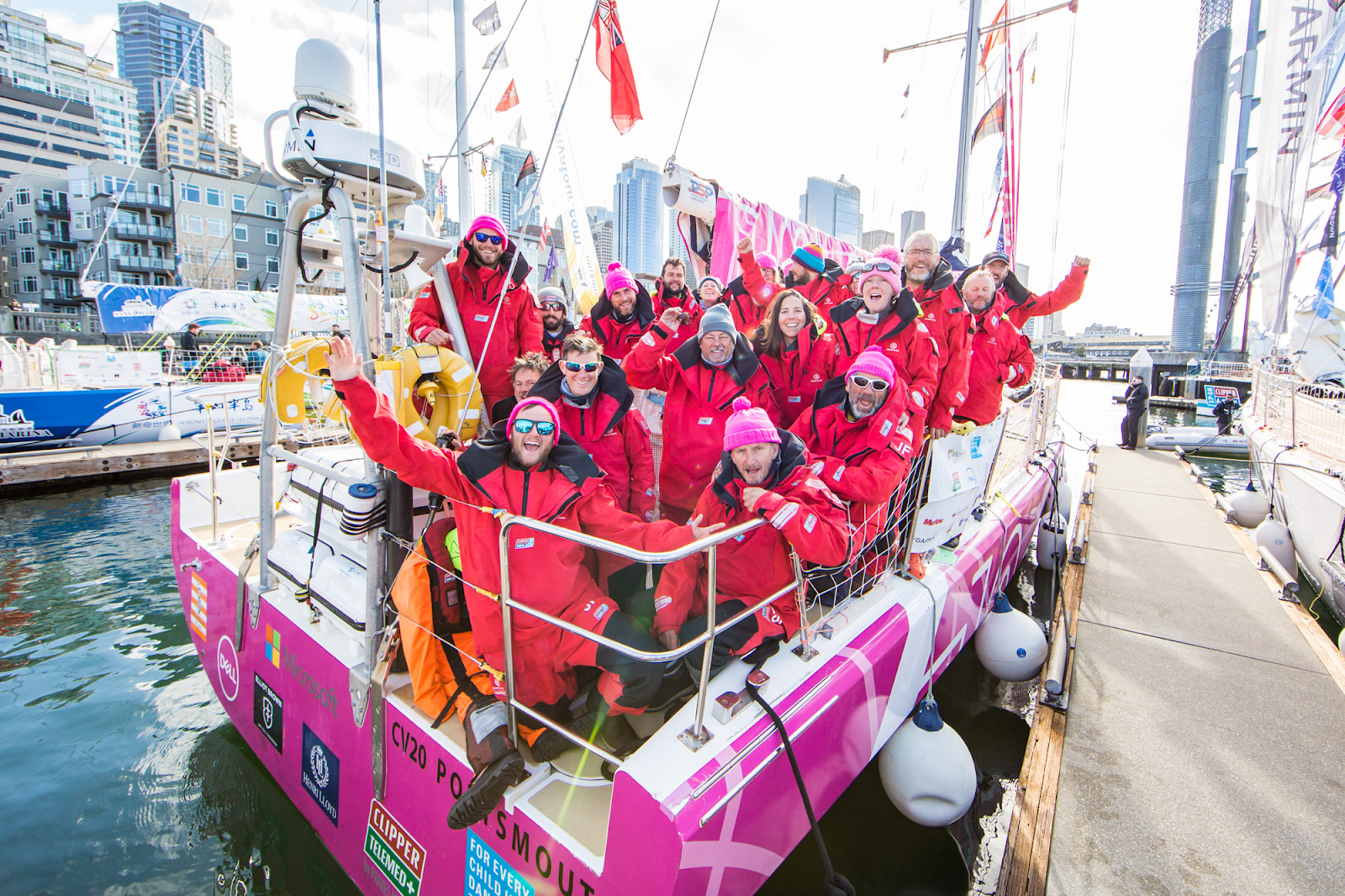 These bright pink bobble hats, as modelled by the Liverpool 2018 crew were knitted to raise money for UNICEF UK

From classical concerts to cycle challenges, knitted bobble hats to bake sales, crew, supporters and staff from Clipper Race HQ have strived to raise as much as they can for UNICEF UK. Every donation will make a difference to help keep children all over the world safe.

British writer, photographer and explorer, Levison Wood and one of Britain’s greatest Paralympic athletes, Baroness Tanni Grey-Thompson, are both High Profile Supporters of UNICEF UK. They have sent a special message to the Clipper Race to say thank you for all the support given since 2015. 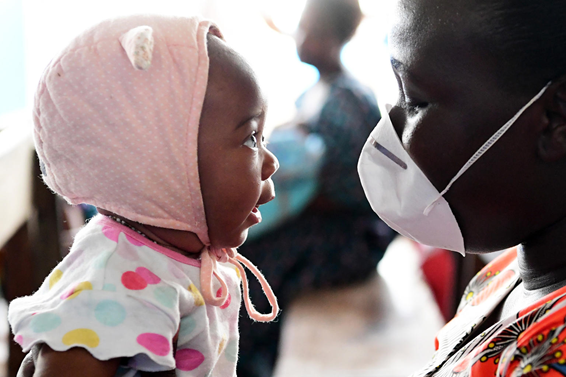 2020. Christelle, a 3 month old baby is waiting to be weighed and vaccinated in the health centre of Gonzagueville, a suburb of Abidjan, in the South of Côte d'Ivoire. Anna, the 29 years old mother of 4 children, is wearing a mask to protect herself against COVID-19. © UNICEF/UNI316644/ Frank Dejongh

Since the partnership between the Clipper Race and Unicef UK began in 2015, the world has made enormous progress for children.

The prevalence of child marriage has plummeted, enabling more girls to pursue their education and their dreams.

And, last year, the entire continent of Africa was officially declared free of wild poliovirus – a disease which once claimed thousands of children’s lives every year.

The work Unicef does to enable this progress for children would not be possible without its supporters.

And the £1 million raised by the incredible Clipper Race fundraisers has played a huge part in this.

Overall, the funds raised have been enough to:

Enable 120,000 children to continue their education by providing school-in-a-box kits which contain everything a classroom needs in a single package

And protect more than 500,000 children from measles through vaccinations.

During the Cape Town stopover, a group of 20 crew,…