The Clipper Race has announced that the Bekezela Community Foundation (BCF) has become the newest Host Port and Team Partner to its 2023-24 and 2025-26 editions. This new partnership means that the port of uMhlathuze on South Africa’s East Coast will feature on the next two editions of the sailing event’s global race route. uMhlathuze will be the final destination for Leg 2 and the start of Leg 3. 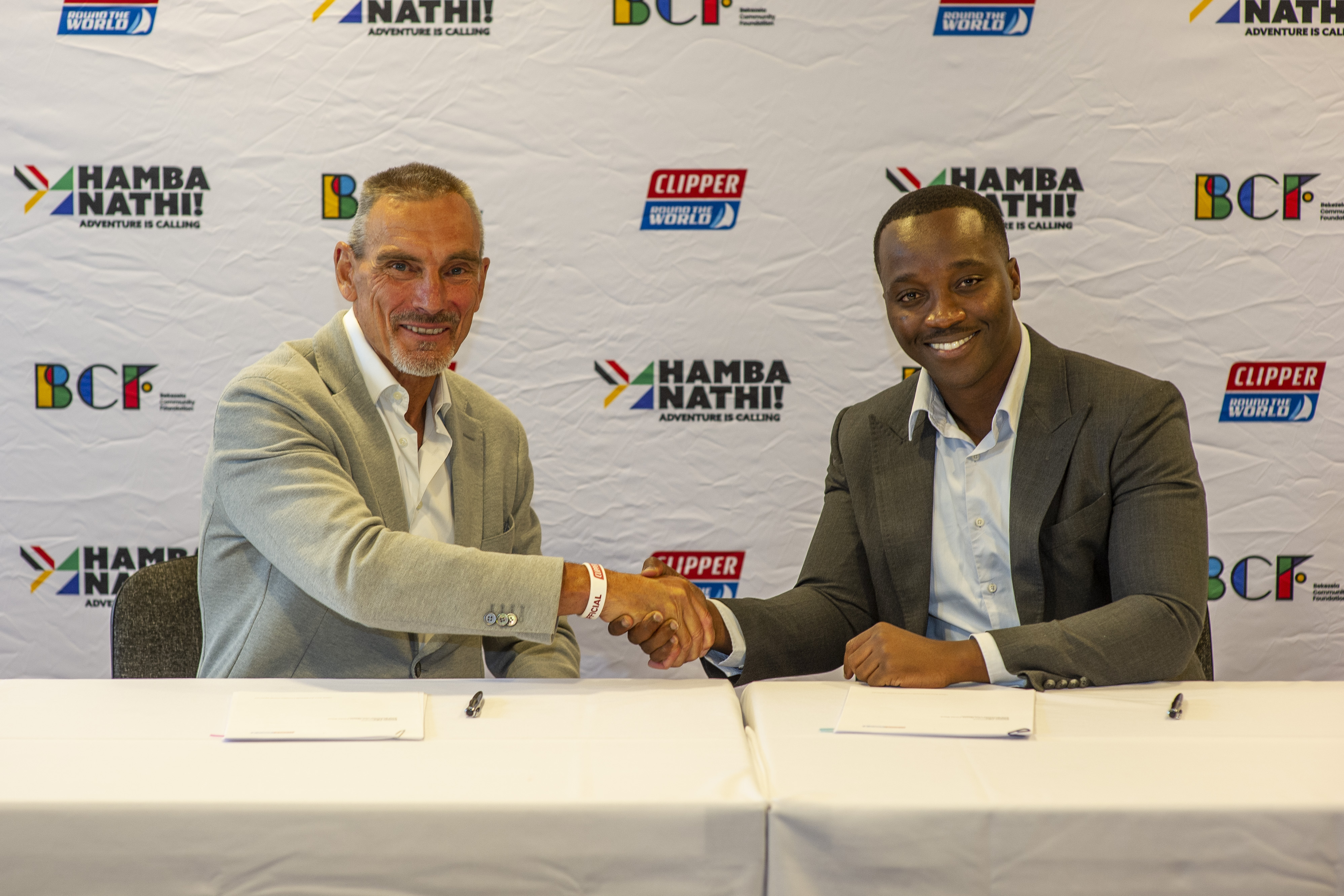 In addition, through its team entries, the foundation will be offering local people from rural communities the opportunity to apply to become an ambassador representing BCF and train to become crew on the sailing event’s race around the world.

BCF is a nonprofit organisation founded by Inkosi Thandisiswe Siyabonga Mpungose to empower underprivileged and vulnerable communities in South Africa. True to its name, Bekezela, which means ‘patience’ or ‘to endure’, is committed to restoring, cultivating and protecting African culture and heritage by strengthening, developing and empowering rural communities. BCF aims to use its partnership with the Clipper Race to create a platform of opportunity to make sailing part of the fabric of their community whilst changing the narrative through diversity and inclusion initiatives. 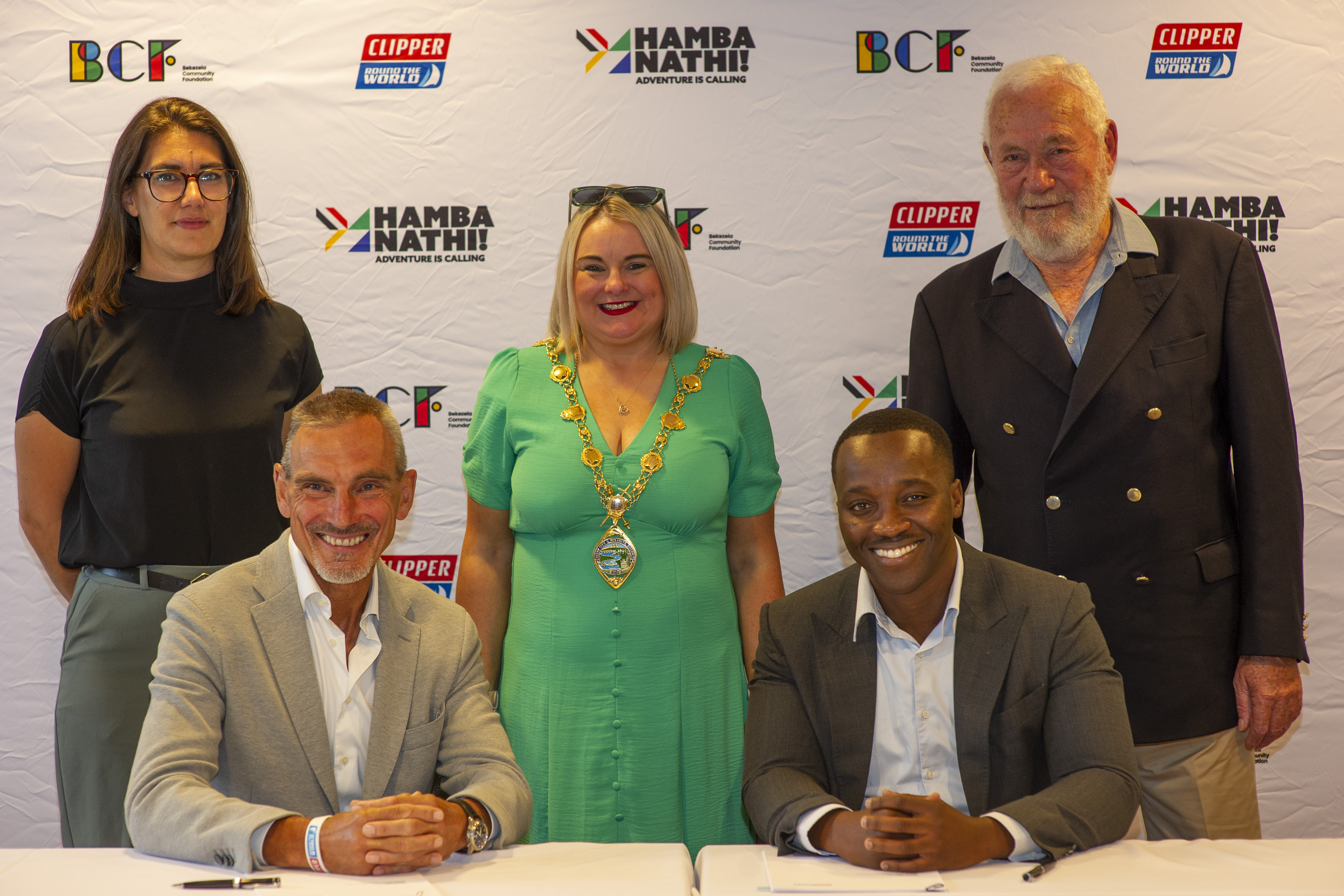 The partnership was revealed at a launch event in Derry~Londonderry, Northern Ireland, where the current edition of the race is in port. A signing ceremony was held with Inkosi Thandisizwe Mpungose from BCF and from the Clipper Race, its CEO William Ward and Chairman Sir Robin Knox-Johnston.

Inkosi Thandisizwe Mpungose said: “The Clipper Race, with its essence of ordinary people doing extraordinary things, seemed like the perfect collaboration to bring the world to Africa, and to Umhlathuze specifically. The people of KwaZulu Natal can’t wait to welcome this new leg of the Clipper Race in October next year. 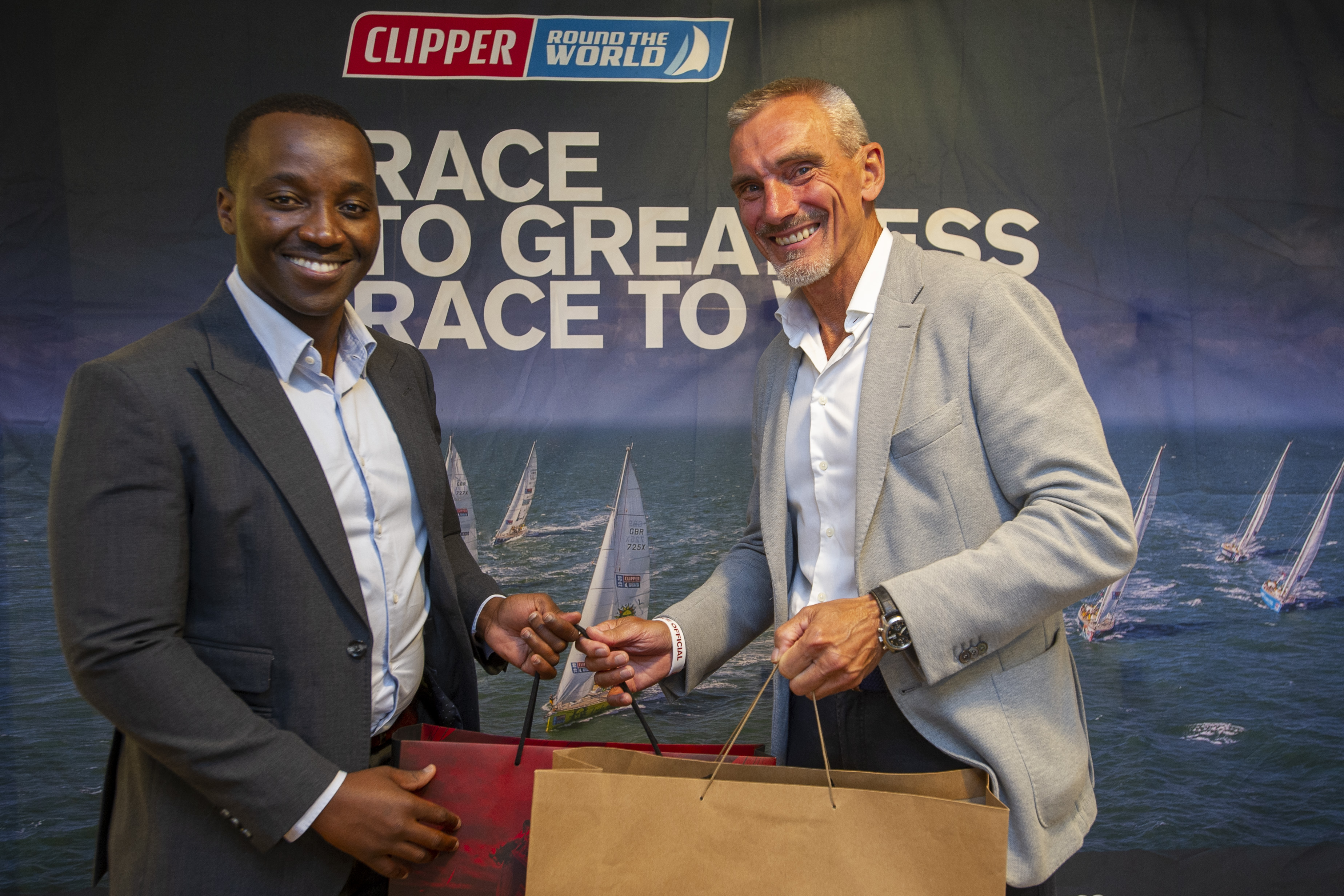 “Through our sponsorship of the Clipper Race we hope to shine a spotlight on the immense raw natural beauty, modern sophistication, cultural diversity and pulsating energy which is the province of KwaZulu Natal as well as help unlock economic opportunities for rural and impoverished communities.”The city of uMhlathuze, will first welcome Clipper Race Crew in the autumn of 2023 when the Clipper 2023-24 Race fleet sails to this destination. Situated on the east coast of South Africa, a short drive from Durban, uMhlathuze is a picturesque resort that could be mistaken for Cannes or VilleFranche. Known for its picturesque landscapes, warm water and balmy weather, Clipper Race Crew will be treated to its special South African hospitality during the stopover. The Clipper Race will then return to uMhlathuze in its 2025-26 edition.

Record-breaking sailor, Sir Robin Knox-Johnston, was the first person to sail solo and nonstop around the world and went on to found the Clipper Race says: “By partnering with the Bekezela Community Foundation together we hope to make a lasting legacy in uMhlathuze and its surrounding area. Our global race route will enable BCF to showcase its foundation and the region it represents to an international audience. And as a Host Port on our race route, new visitors will discover what this beautiful coastal region has to offer. 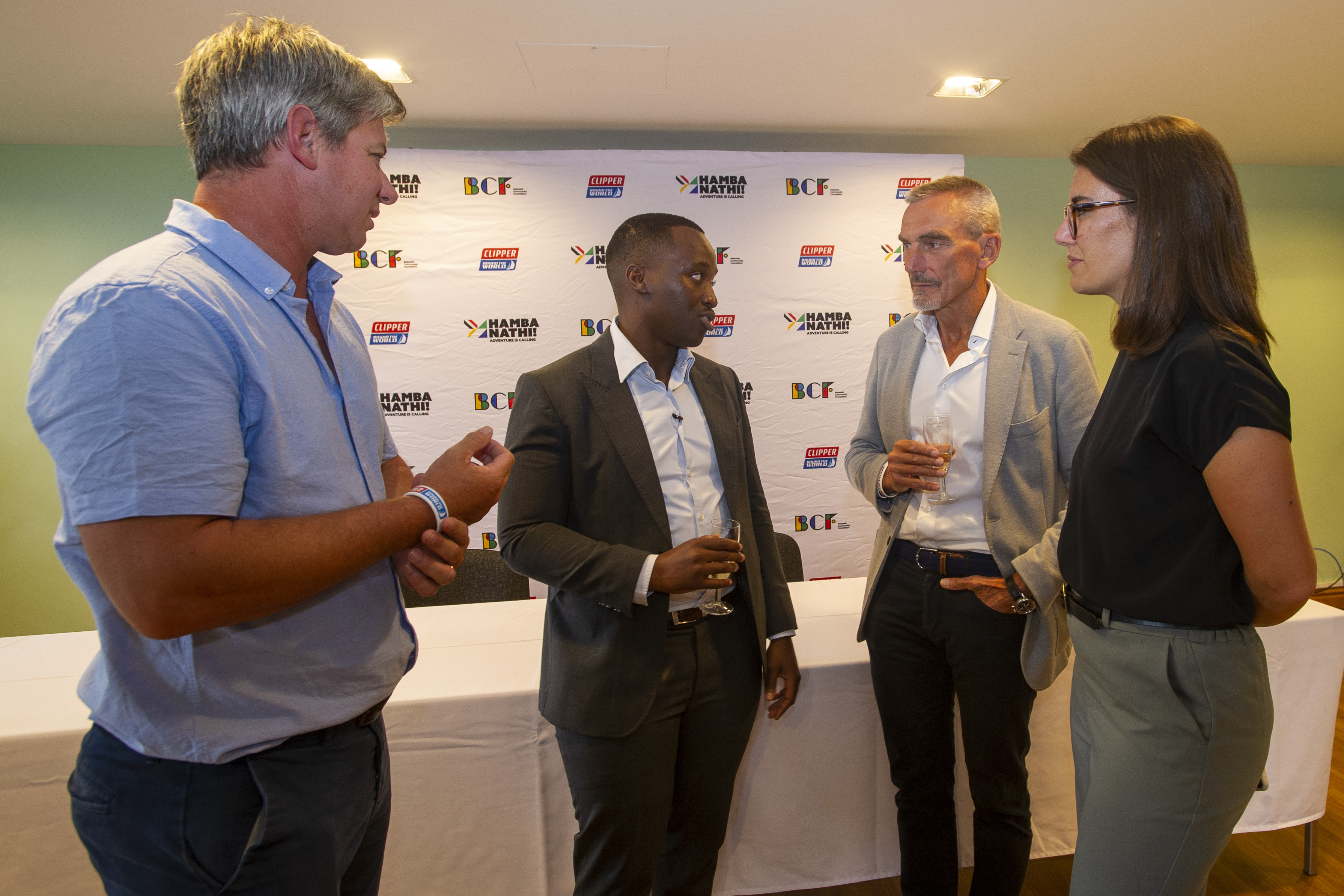 “From our many years of delivering successful ambassador programmes, we have seen first hand how empowering such schemes are for the individuals who become part of our Race Crew. Sailing is so much more than just a sport or pastime as it gives you experience that is as useful in the workplace as it is on board a yacht. The sport develops self-confidence and self-esteem and we hope that the successful BCF Ambassador Crew will inspire others in their community.”

The new Host Port location means that the second stage of the sailing circumnavigation will round the famous Cape Agulhas, one of the world’s Five Great Capes. Sailing around this cape requires skill and respect, with its currents and unpredictable weather making for a cautious passage. Easterly Gales known as the “Cape Doctor” are also common, making for some tough upwind sailing in strong winds. However, once the fleet has rounded this Great Cape, the nutrient rich waters will mean the Race Crew can expect to spot some of the best marine wildlife in the world, including Cape Fur seals, Southern Right whales, gannets and dolphins to name a few.

By visiting the Northern Irish stop on the Clipper 2019-20 Race route, BCF will be able to see the positive impact that a stopover can have on Host Port. This is the fifth time the Clipper Race has visited Derry~Londonderry and since this partnership began ten years ago, a long-standing legacy has been created, drawing over 600,000 visitors to the stopovers over the decade, igniting civic pride and generating millions of pounds for the local economy. By partnering with the Clipper Race, BCF aims to bring such successes to uMhlathuze and its surrounding region.

​Reflecting on a decade in partnership with Derry~Londonderry

With the final ocean crossing of the Clipper 2019-20 Race now complete, its courageous teams are now enjoying the legendary…